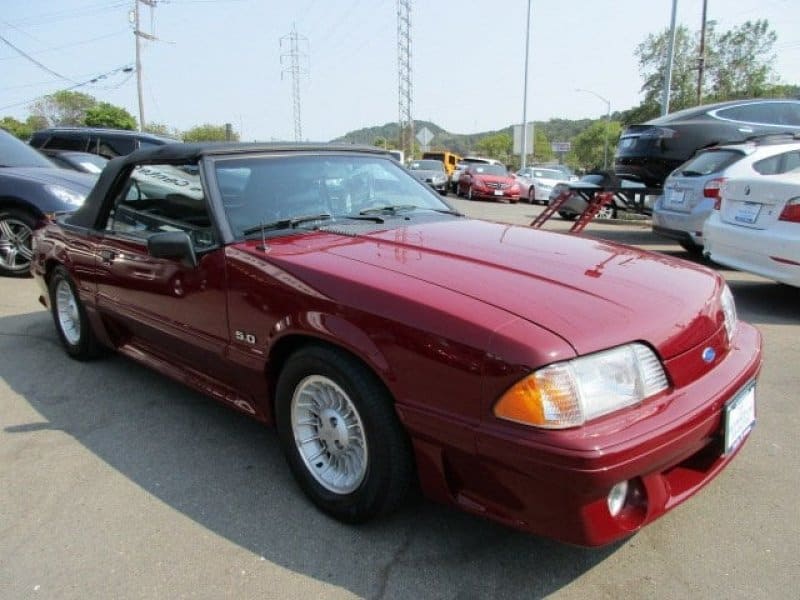 For the third consecutive year, Ford went with the old “if it ain’t broke don’t fix it” adage and left Mustang just about exactly the same as it had been since 1987. However, the most significant change came in the form of the significant drop in sales. Though the country was in a recession in 1990, many blame such low sales numbers on the lack of changes in the Mustang, as car buyers got bored with the same old thing.

The only visible difference was a change in interior color options, with four two-tone color combinations and four single colors available. Again, as it had been since 1987, there were only two Mustang models, the LX and the GT. Still available was the LX 5.0, which had been introduced the previous year. Capitalizing on the public’s interest in putting the 5.0 V8 in the LX models (which were about 200 pounds lighter than the GT package), the LX 5.0 did exactly that and also featured the GT’s performance suspension system.

Engine options remained at two, a 2.3 litre four-cylinder producing 88 horsepower for those looking for fuel economy and the 225 horsepower 5.0 litre V8, which the Mustang had become known for in the mid-1980s. The V8 was standard for the GT, and the LX could be upgraded to the V8 without the LX 5.0 package, as well.

For the first time in the history of the Mustang, the coupe model was the lowest selling Mustang available, with production of only 22,503 cars. This put it below both the hatchback and the convertible, which had 1990 production runs of 78,728 and 26,958, respectively.

Other than the aforementioned safety changes to all Mustang models, the LX had no visible changes other than the new color options. As with part of the 1989 Mustangs, all 1990 Mustangs produced before April 17, 1990 included a galloping pony emblem on the dash to commemorate the Mustang’s 25th anniversary.

Since there was no “intermediate” or “luxury” Mustang models, Mustang echoed its old slogan of “designed to be designed by you” and let the buyer choose what options most fit his or her needs. However, by 1990, the base Mustang model was no longer as stripped down as it had been just a few years earlier. Responding to standard features included by competitors by this time, the Mustang LX came standard with a center console, a split fold down rear seat (for hatchback models) and a digitally tuned radio, among other features.

No surprise, the GT models were hardly changed, as well. They still had a tighter, performance driven suspension and a front air dam as well as side fender air scoops. The GT models had louvered taillights that somewhat harkened back to the three vertical taillight style of the original Mustang, as opposed to the all-horizontal design of the LX models.

For the second year in a row, the Honda Accord was the best-selling car in America in 1990. In fact, with the Ford Escort dropping out of the top three best-selling cars for the first time since 1982, America saw more sales trends going toward mid-sized family cars like the Ford Taurus (second best-selling car for 1990) and the Toyota Camry, along with the Accord. Mustang, however, somewhat stood in a class all its own.

Depending on the engine, the Mustang could compete with the compacts like Cavalier and Toyota Celica in gas mileage, or with the more performance based popular cars like the Toyota Supra and the Camaro and Firebird, both of which produced a revived interest from drivers that desired performance in the late 1980s. It’s versatility became Mustang’s main focus, and therefore had no direct competitors, though indirectly it was competing with an ever-growing number of vehicles. 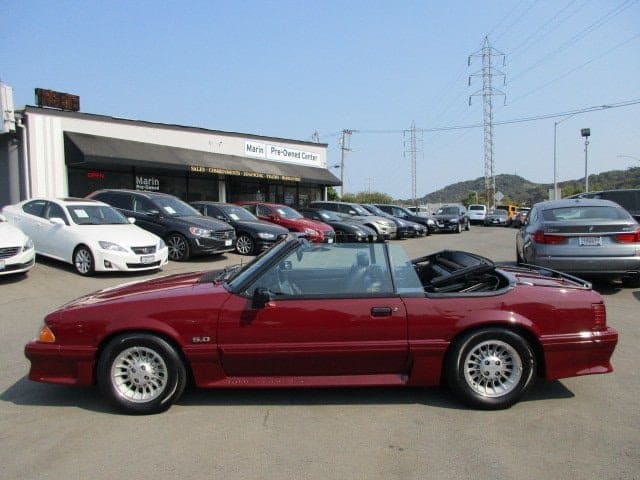 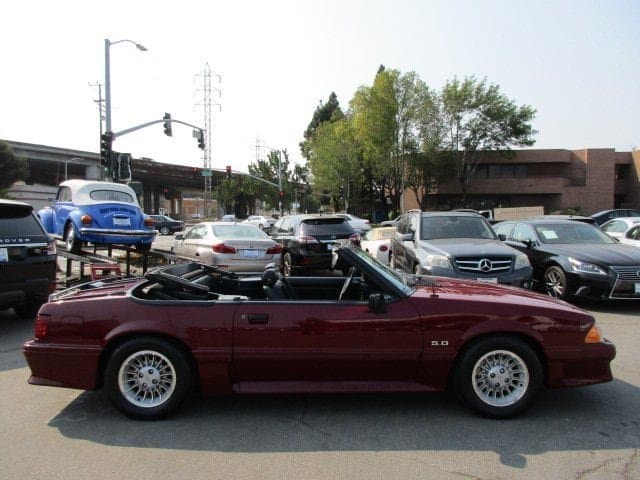 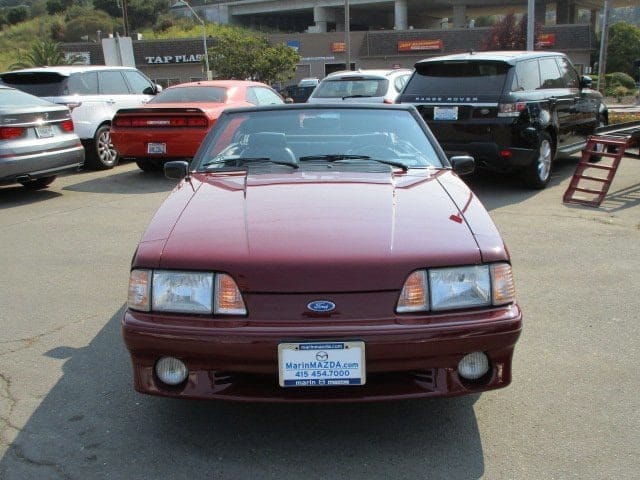 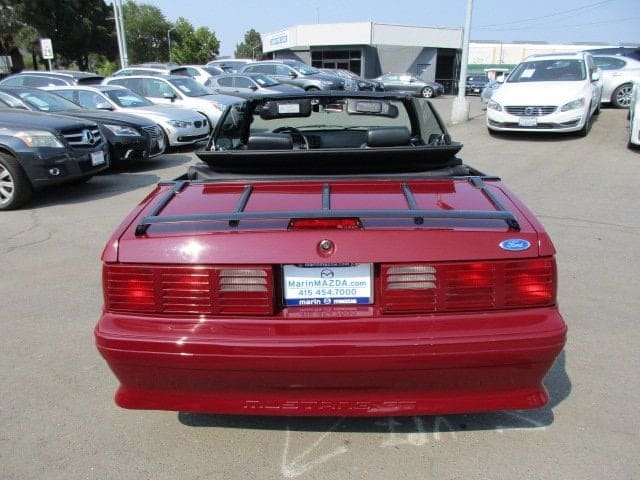 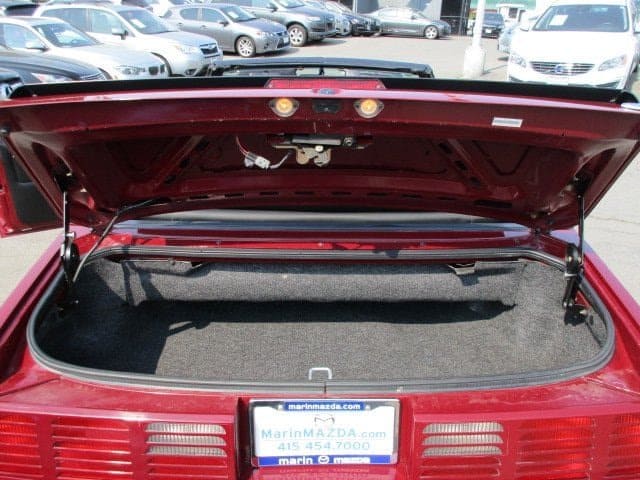 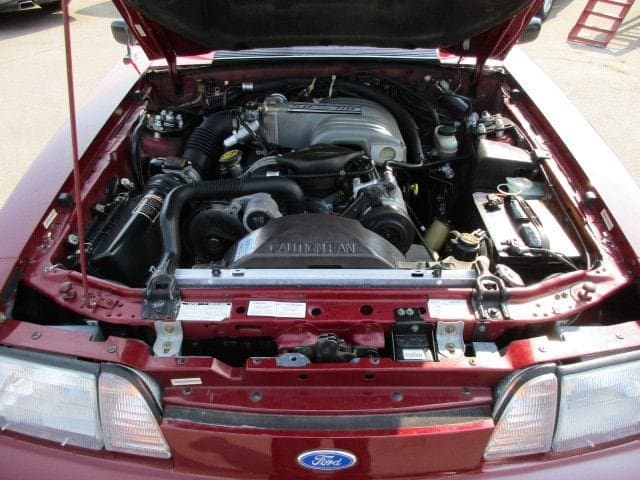 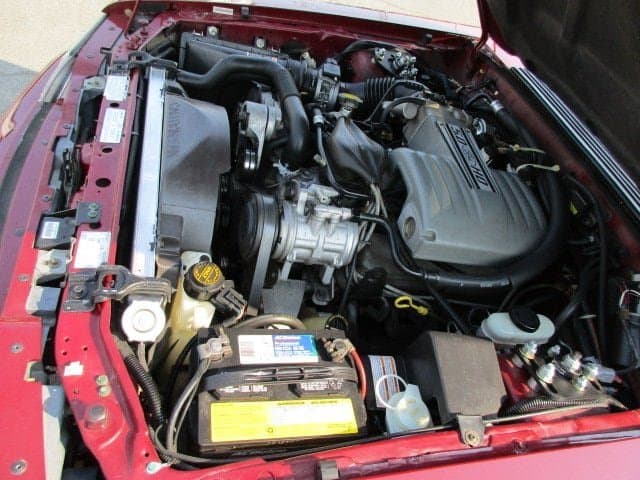