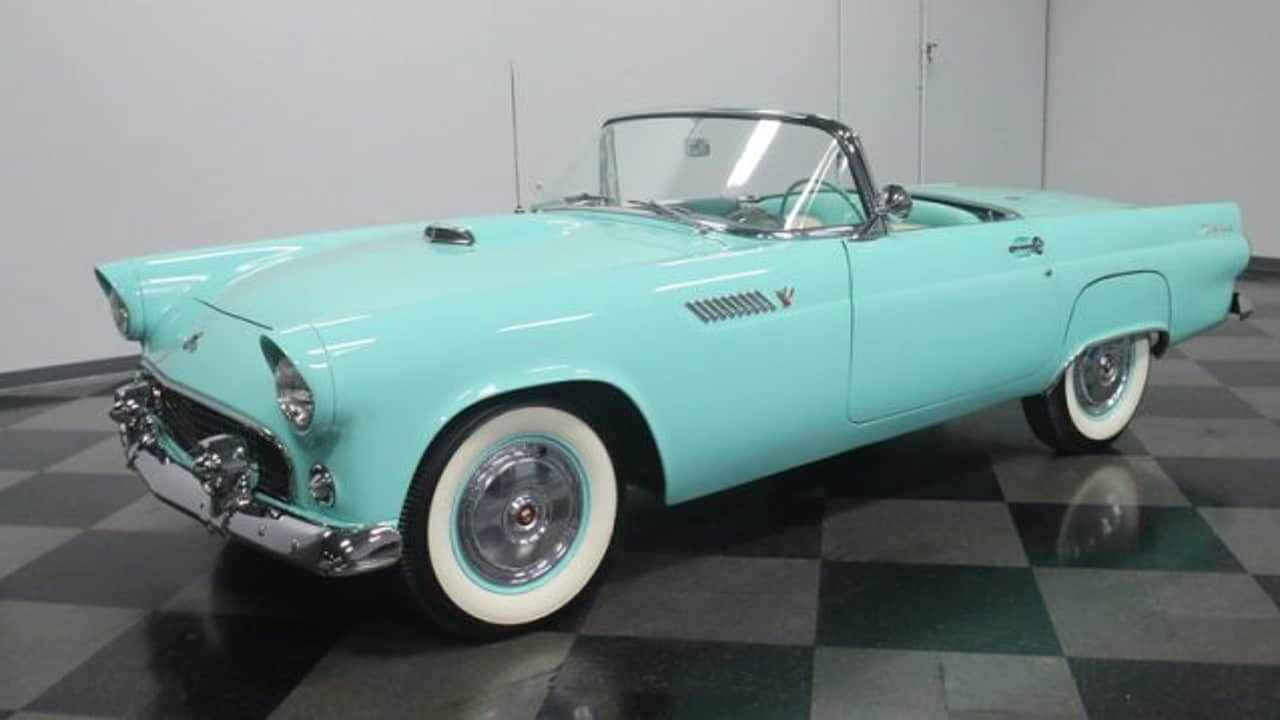 The Thunderbird was designed by Ford to be answer to the rising want of many American car buyers for a smaller, two-seater sports car similar to cars that were on European roads at the time, like the MGs and Jaguars. Chevrolet had beaten Ford to the punch in the market by two years with the Corvette, but the Thunderbird was designed to distinguish itself form that model.

From the beginning, the car was built as a “personal luxury” car rather than a sports car. Rather than using a fiberglass body, which was popular at the time, the car was made of steel, though a removable fiberglass roof was offered (along with a fabric-top convertible). The name Thunderbird was chosen from over 5,000 suggestions, and the name “Whizzer” also was in strong contention for the name.

Speaking with Motor Trend when the car debuted, chief passenger car engineer at Ford, W.R. Burnett, explained the thought behind the styling, and was perhaps attempting to distance the car even more from the Corvette.

“Although the Thunderbird has the performance and attributes of most sports cars, management also felt that it should have a few more comforts to make it more appealing to a wider segment of the public.”

The final 1955 Thunderbird, which began production on September 9, 1954, was slightly different from the concept version unveiled at the aforementioned Detroit Auto Show. Only one engine was available for the Thunderbird in 1955, a 4-barrel 292 Y-block V8 that was rated at 193 horsepower. Buyers could choose a three-speed manual transmission or a three-speed automatic transmission. The latter transmission bumped the horsepower rating up to 198.

Only one model of the Thunderbird was available in 1955, and with only one engine available, so options were mainly limited to interior upgrades. Standard features included an “Astra-Dial” control panel that featured a tachometer, a clock and a speedometer with a maximum speed of 150 MPH. Other standard features included an illuminated ignition switch, a courtesy light with automatic door switches, dual horns and a glove box. Available options were four-way power seats, power brakes, cigarette lighter, white sidewall tires, a radio, heater, overdrive and the Ford-O-Matic automatic transmission.

Total production was 16,155, and the base price for the car was $2,695. With options, however, this price could easily top $3,800. The unexpected demand for the car stretched production of the model into September 1955, a point when the 1956 models of many other Ford cars already were in showrooms.

The Corvette was the main, if not only, competition to the Thunderbird when it was initially released, but Ford was sure to distinguish their car from Chevy’s sports car. In addition to the “personal luxury car” marketing and the steel body, the Thunderbird also trumped the Corvette in standard power, as the base model Corvettes relied on a 235 CID inline six-cylinder motor.

The attempts to distance the new Thunderbird from the Corvette worked in 1955, and there were more than five times more Thunderbirds built than Corvettes that year. The base price for the Corvette was slightly higher than the Thunderbird at $2,774, and it is important to remember that this only included the inline six engine, which only produced 155 horsepower, putting the base Corvettes at a significant disadvantage to the Thunderbird. 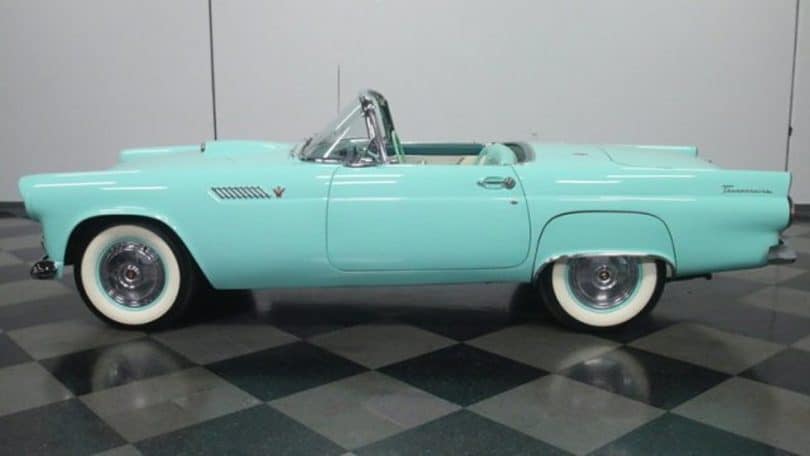 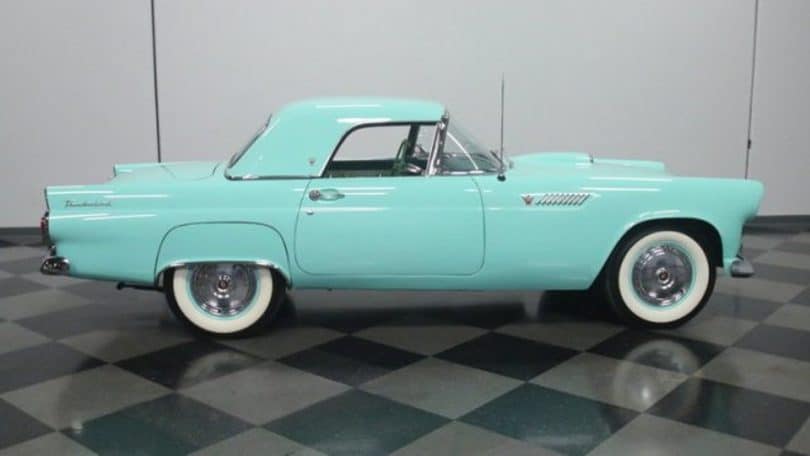 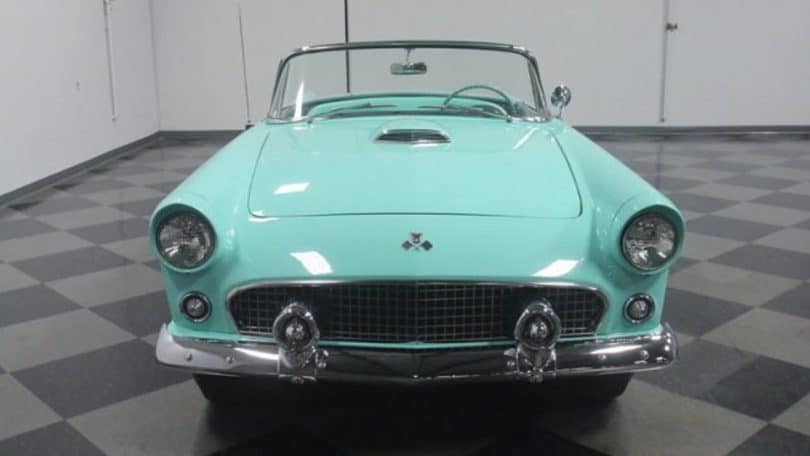 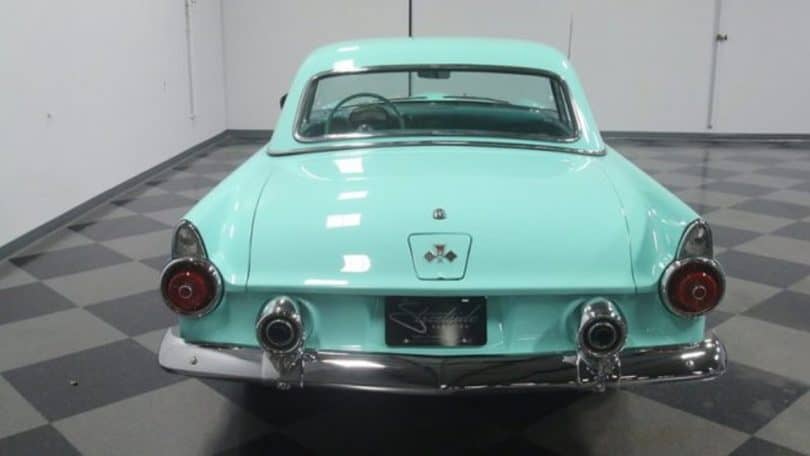 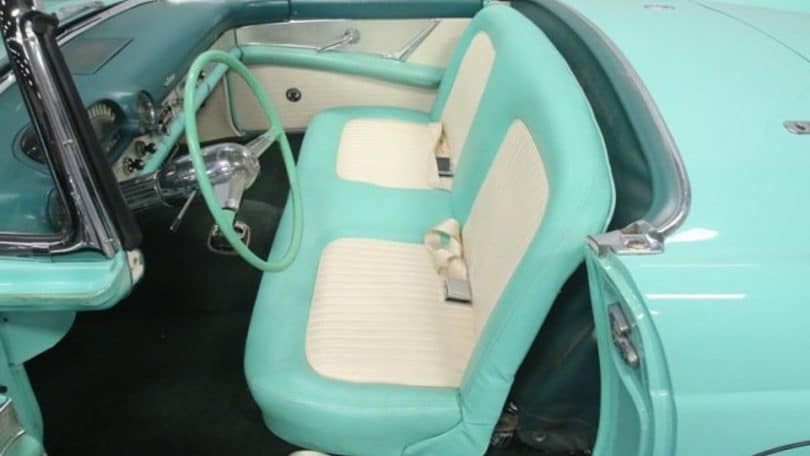 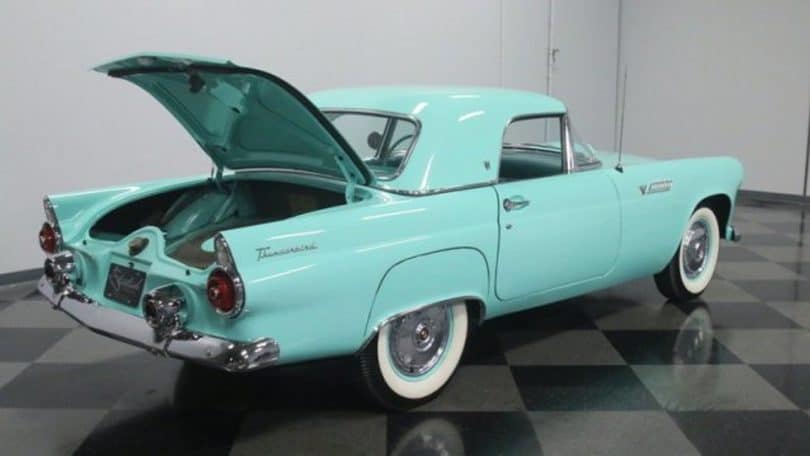 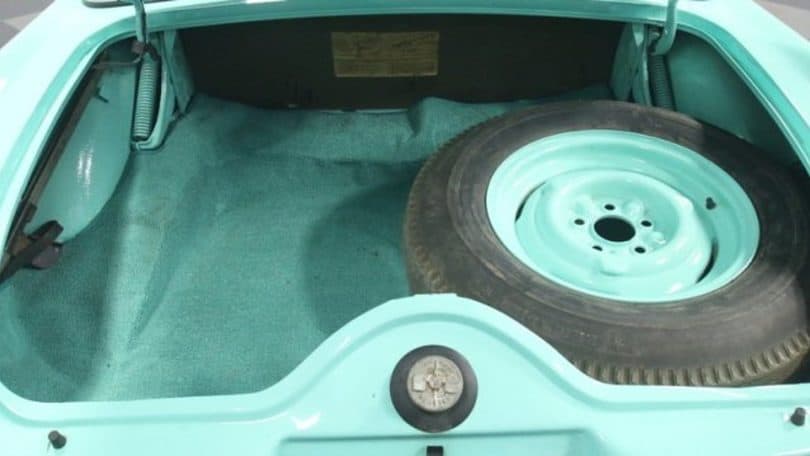 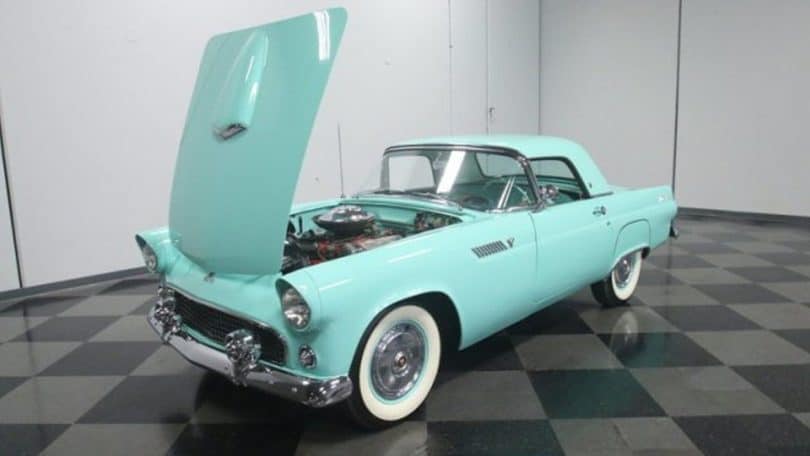 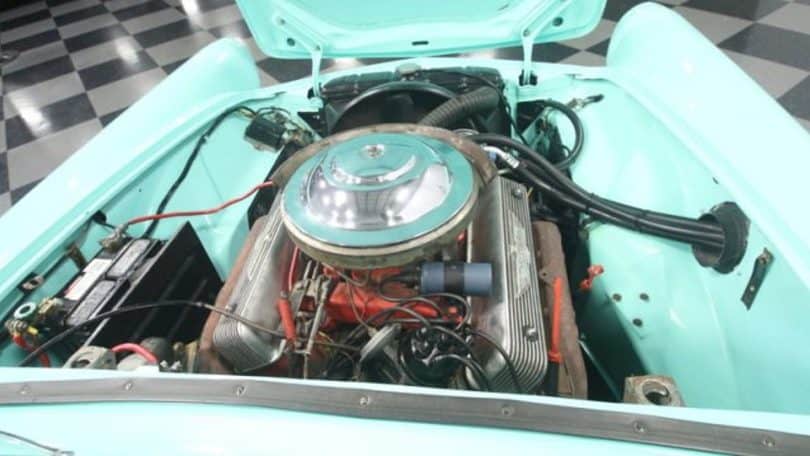 Occasionally, American car manufactures get it right. The 1955 Thunderbird is one of those cases. It is a beautiful design that looks as good today as it did six decades ago. The car was never intended to be a sports car like the Corvette and its low performance numbers prove that. This was a personal luxury car plan and simple. It’s the kind of car that you expect to see a sophisticated lady adorned in matching gloves and head scarf driving to the country club. That said how many red blooded American men would pass up the chance to lay their hands on one of these?