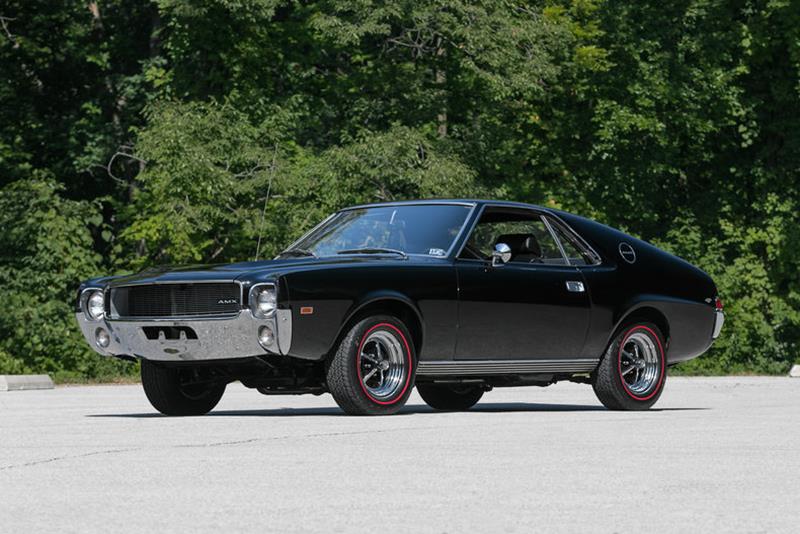 Driving the AMX is anything but dull. In the first place, the car has a most unusual handling balance when taken through corners under power, seeming to pivot around the rear wheels rather than the midpoint of the frame. We feared this might be an omen of control problems to some, but such was not the case. It remained stable and neutral under hard cornering on smooth surfaces. A power slide could be initiated and maintained without difficulty. An extreme annoyance, however, was the carburetor’s tendency to cut out under extreme lateral acceleration, depriving us of power at the very moment we needed it. Car Life magazine, April 1968

The AMC AMX or American Motors Experiential as it was officially known made its first public appearance at a press review at the Dayton International Speedway in February 1968 and later that month at the Chicago Automobile Show. By March 1968 the car was available at AMC dealerships.

The AMX was the little brother of the four seat AMC Javelin and due the weight savings of a shorter wheel base the car was a better performer that it’s bigger brother. Generally, the AMX was about a second faster for both 0-60 and quarter mile runs. The car also looked better that the longer Javelin.

The 1968 AMX was a bold attempt by AMC to change its image from a manufacturer of plain economy cars to a manufacturer of thoroughly modern and performance orientated automobiles. The AMX was the first new two seater introduced since the Thunderbird went on sale in 1955. The Thunderbird had grown to a much larger car in the mean time and had moved into the luxury market. The only other two seater was the Corvette and realistically it was in a totally different market. The Corvette was bigger, faster and much more expensive. AMC hoped the car would appeal to those that want a sporty car but couldn’t afford the ultimate American two seater.

There were two versions offered in 1968 although one, the 1968 Craig Breedlove AMX, is very rare. The standard AMX was available with three engine options: a 225 horse power (hp), 290 cubic inch (ci), a 280 hp 343 ci and a 315 hp, 390 ci engines. The buyer got a 4 speed manual transmission standard and a three speed automatic was optional. For the enthusiasts, the “Go Pack” included a 343 ci engine, dual exhausts, power front disk brakes, E-70 wide profile tires, a handling package and rally stripes.

Craig Breedlove established over 100 world speed records with a 1968 AMX at the Goodyear test track in Texas. As a result AMC created a AMX named after him. The car was a replica of the car he used in his stunning achievement. The cars were painted red, white and blue. They came with a 290 ci attached to a four speed transmission. The cars are very rare with only 40 produced.

AMXs and Javelins have three major areas that are frequently rusted and should be checked out before purchasing one. The quarter panels, especially on either side of the trunk, due to debris build-up. The sill panels between the trunk lid and the rear window should be checked. Finally, the lower portion of the A-pillars, due to tiny drain holes that quickly filled up with debris tends to rust. He also notes the floor pans, the trunk pans and the troughs under the front fenders as other potential problem areas.

AMXs and Javelins shared their interiors, including bucket-only seating, from the front seats forward. Behind that, the interior quarter trim pieces are unique to the AMX. The armrests pose a large problem area with their plastic covers curl up at the ends and their mounting tabs are prone to breaking. The other problem area on the inside is the cheaply made head liners. They were partially prone to coming apart.

The cars are relatively rare with a little over 6700 being produced. Fortunately, the car shares many Components with the Javelin and this helps some. However, even with those additional resources parts are nowhere near as common as parts for other pony cars. For those looking for a challenge and for those with patience the AMX could be an interesting car to restore. Let’s face it, Mustangs and Chevy Camaros are a dime a dozen.

For those needing a back seat, AMC wisely introduced the 1968 Javelin. General Motors was still celebrating the introduction of their pony cars the year before. The 1968 Camaro and the 1968 Firebird remained largely unchanged. Both cars were strong performers and sales were very high. Plymouth and Ford started a big block was in 1968. The 1968 Barracuda received the legendary 426 Hemi as an option. The 1968 Mustang could be had with either the 427 Cobra and 428 Cobra Jet engines.

The 1969 AMC AMX was little changed from the 1968 AMX. The most notable update was the availability high impact “Big Bad” colors. 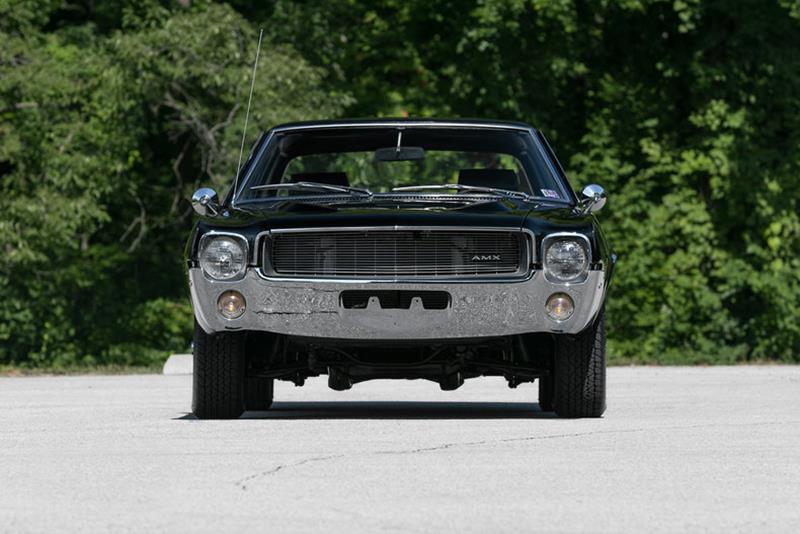 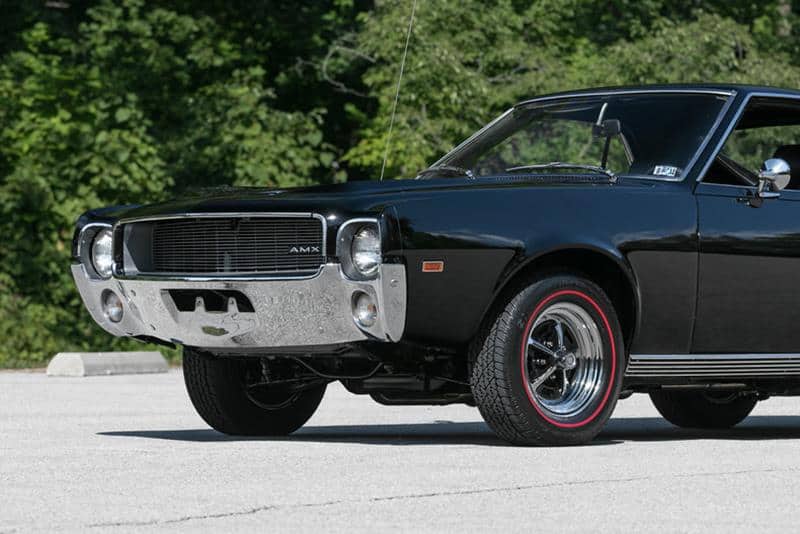 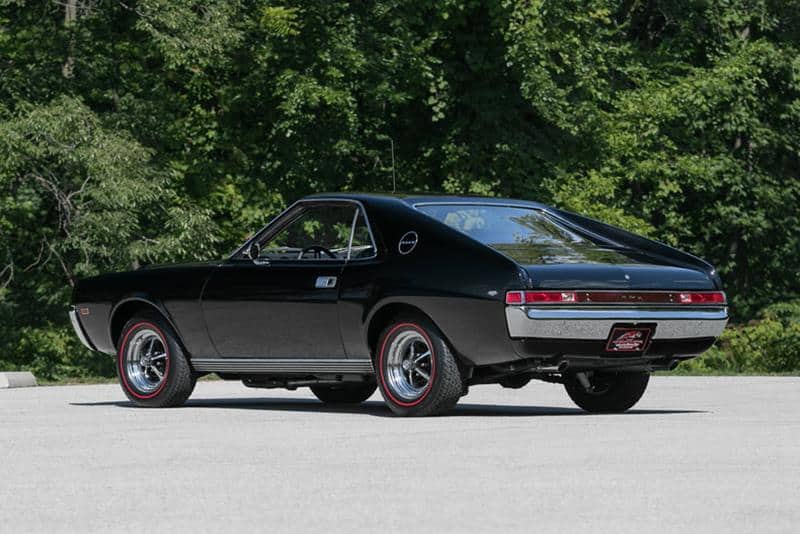 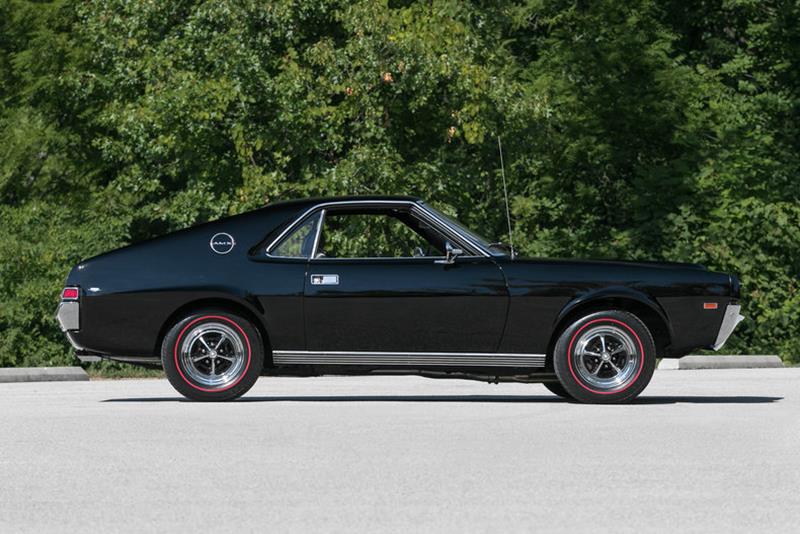 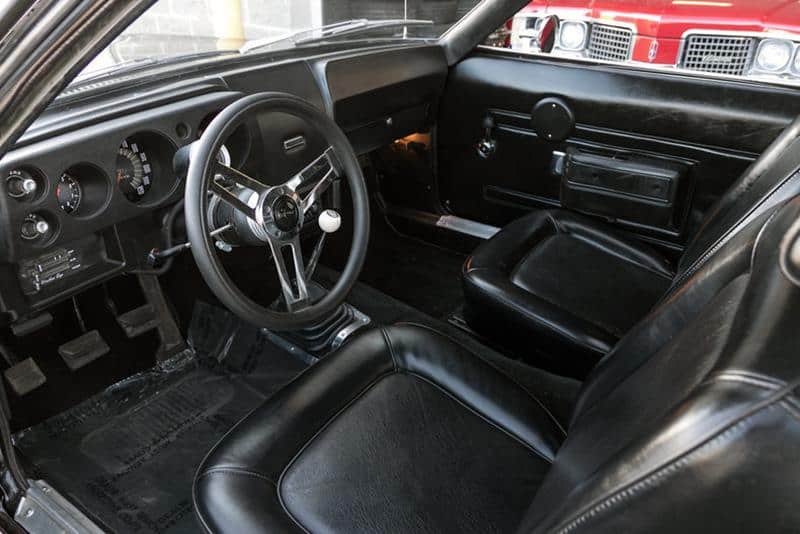 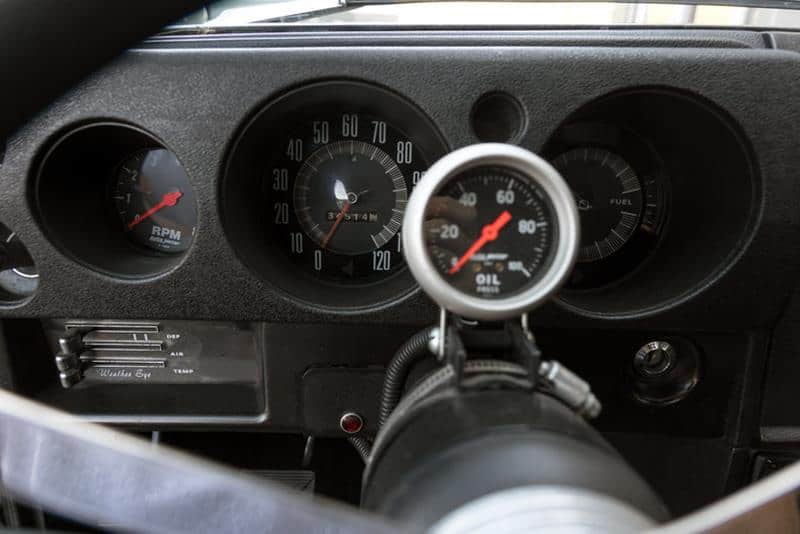 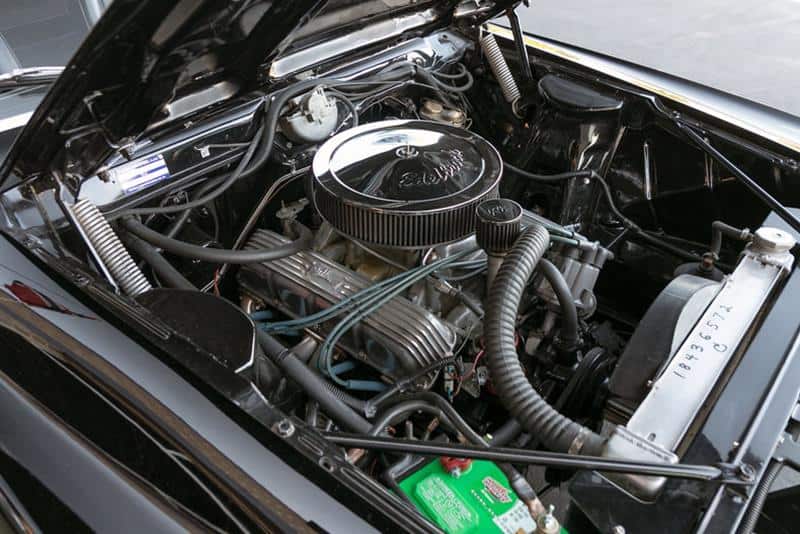 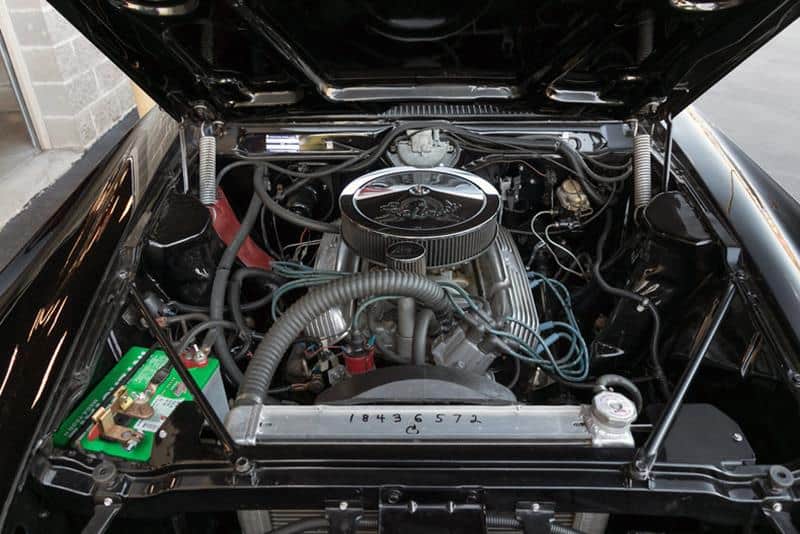 With standard features like reclining bucket seats, carpeting, wood-grain interior and Goodyear Polyglass tires the AMX was a well equipped car. Some called it the poor man’s Corvette but that was not really the case. It was a fine car in its own right. Sales were not as high as expected or wished for but the performance market was crowded at this time and the market for two seat cars was somewhat limited.

I had one of these spectacular cars in the late 1970’s and I wish I had it back! it was beautiful, personal, and HOT….had the 290 engine, automatic, and that car would LEAP! my dad, who was a cop at the time, said it was the most responsive car he’d ever driven. it would never spin tires–it would jump as quickly as the gas pedal was pushed. it loved to cruise at 80 mph…parts did become scarce, even when the car was only 10 yrs. old, one of my reasons for selling it when i did.
But if anyone ever sees this car, dash plate number 00766, autumn russet metallic paint, i’d love to know where it is, or what became of it. i was a member of the AMX Club as well. it’s the one car i’ve owned that i wish i could have again (tho i couldn’t afford it now~~)