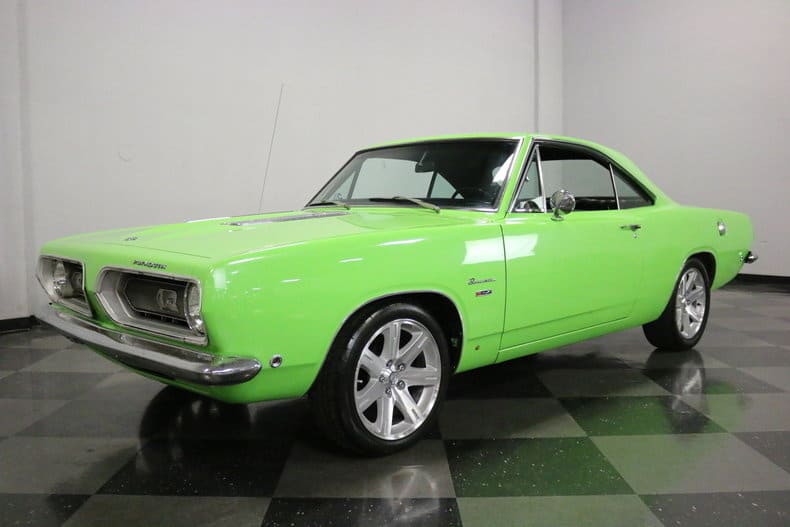 “Call them unique. They are. The one-of-a-kind sports-cars with a zest for the fun life. These are the cars that are coming on strong all over America.” 1968 Barracuda sales brochure.

Since the Barracuda had received a complete overhaul in 1967, the styling of the car remained essentially a carry over from that year. However, the two year models are easily distinguished by round sidemarker lights on the 1968 models that were not present on the 1967s. Otherwise, the cars were nearly identical both inside and out.

Where they were not identical, however, was under the hood. After years of few engine choices, Plymouth followed the pony car trend of offering buyers a variety of engine choices. For one thing, the 225 CID slant six-cylinder engine producing 145 horsepower was back as the standard Barracuda engine after a year absence. The next available upgrade was a new 318 CID V8 producing 230 horsepower. Also available was a 340 V8 that was exclusive to the Barracuda and produced 275 horsepower, nearly equal to the 280 horsepower produced by last year’s 383 CID engine. That engine, however, returned again and was now known as the Super Commando, but this year was retuned to earn a 300 horsepower rating.

Even with the new engine options, total production fell more than 17 percent from the previous year to 45,412. Consequently, production on each of the three models fell, as well.

Introduced in 1967, the notchback version of the car continued to sell nearly as well as the fastback, which had been the only model available until the previous model year. Though Ford had offered a notchback, fastback and convertible Mustang since 1965, the Barracuda waited until 1967, and added more models as the Chevy Camaro and Pontiac Firebird hit the market with both fastbacks and convertible models available.

Part of the success of the notchback model Barracuda was likely due to the fact that it was the least expensive Barracuda, with a starting price in 1968 of $2,605. Production for the model year was at 19,997 units.

The convertible model suffered the worst sales drops of any of the 1968 models, and production dropped more than 32 percent from the year before to 2,840. The convertible was still the most expensive Barracuda model, and had a base price of $2,907.

After the Camaro, Firebird and Mercury Cougar entered the pony car competition in 1967, the AMC Javelin officially came into the fold for the 1968 model year. In fact, Javelin production during its first year model was almost 10,000 units higher than that of the Barracuda. It was clear that American car-buyers were clearly demanding this new class of car that had only been in existence for four years in 1968, and the pony car wars were officially raging through the end of the decade and into the first part of the 1970s. The upcoming few years would see carmakers continuously upgrade the power and looks of the cars as more and more were seen on American roads. 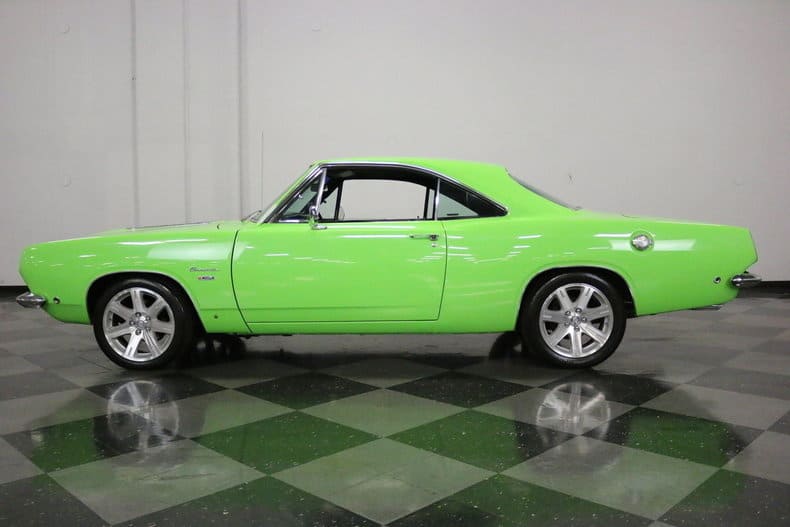 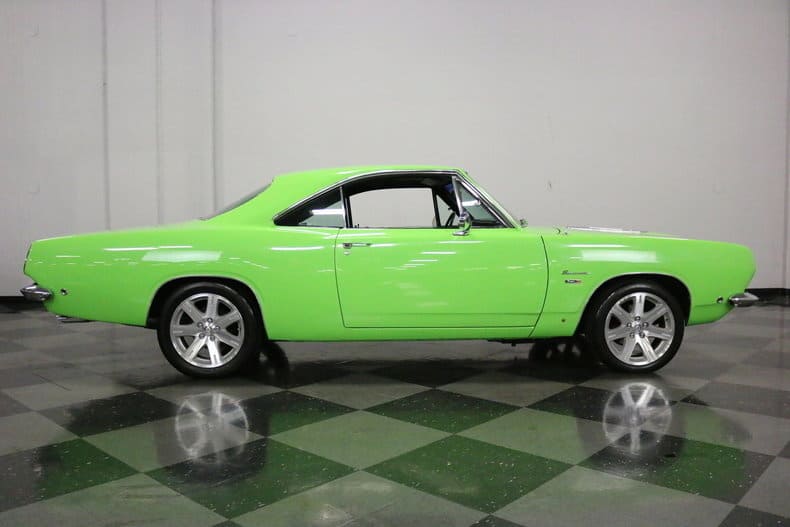 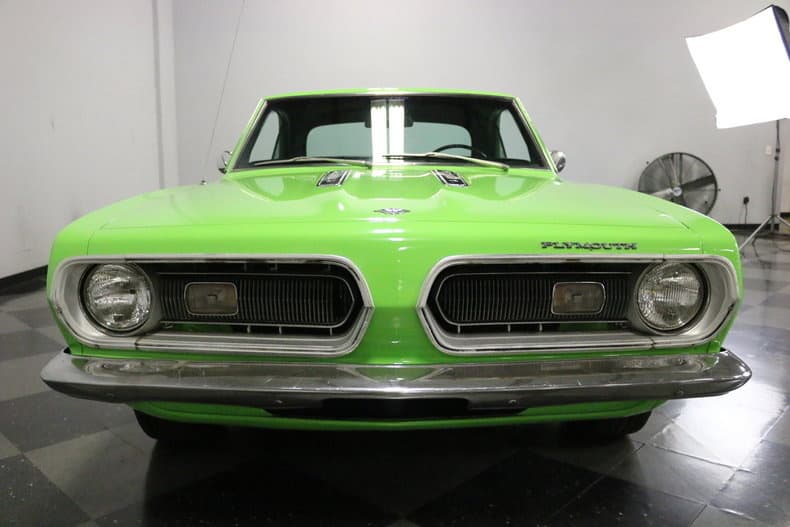 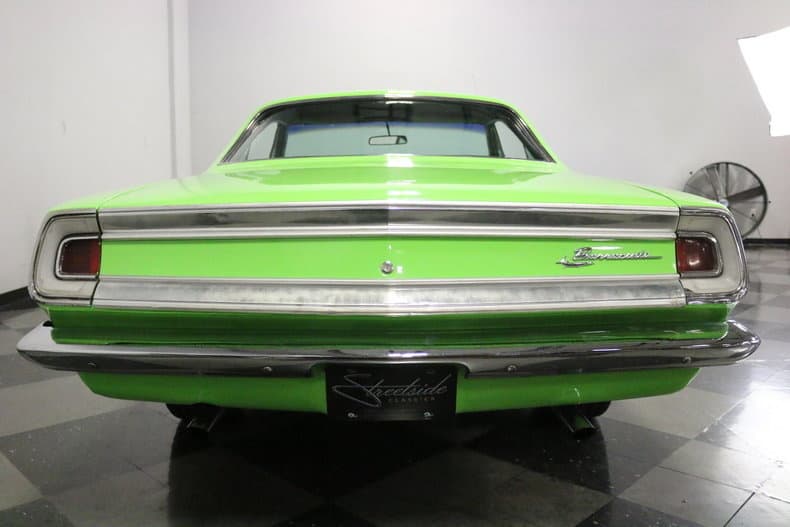 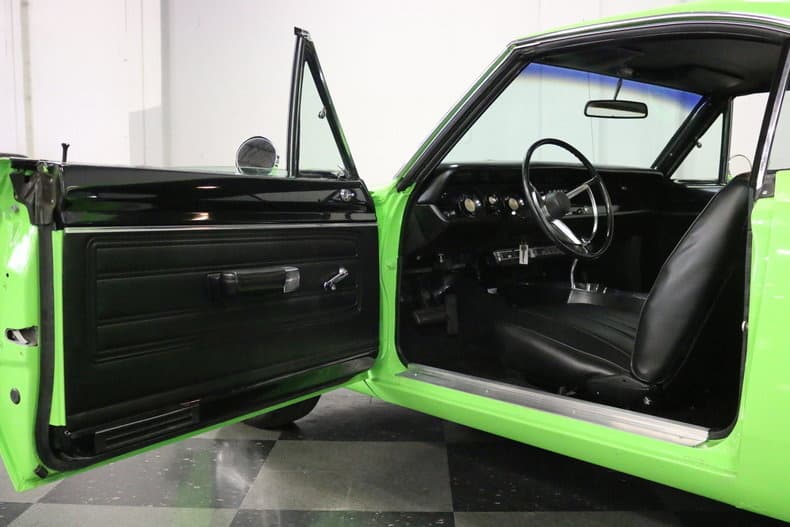 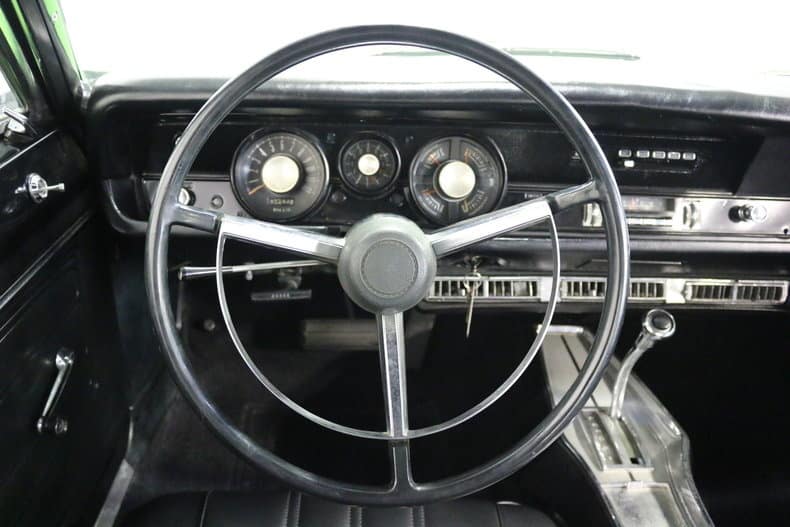 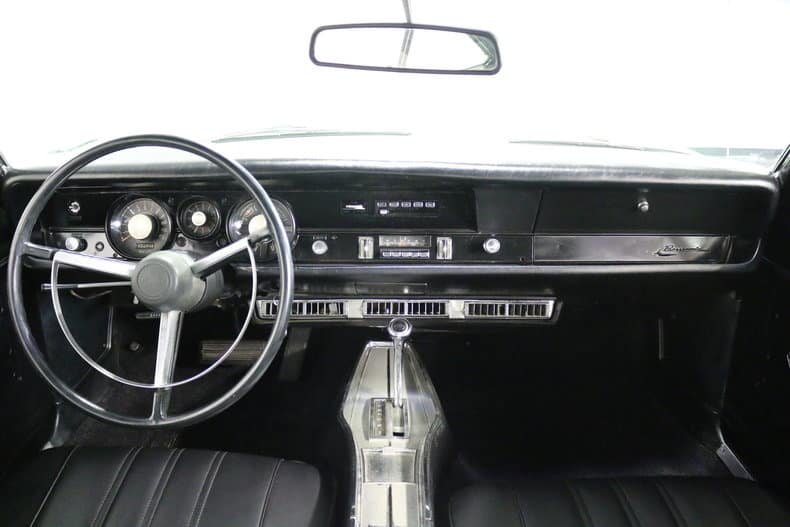 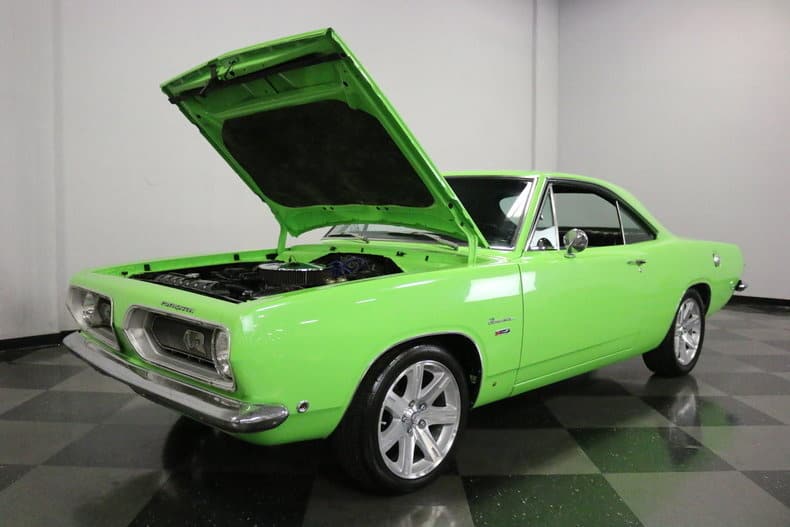 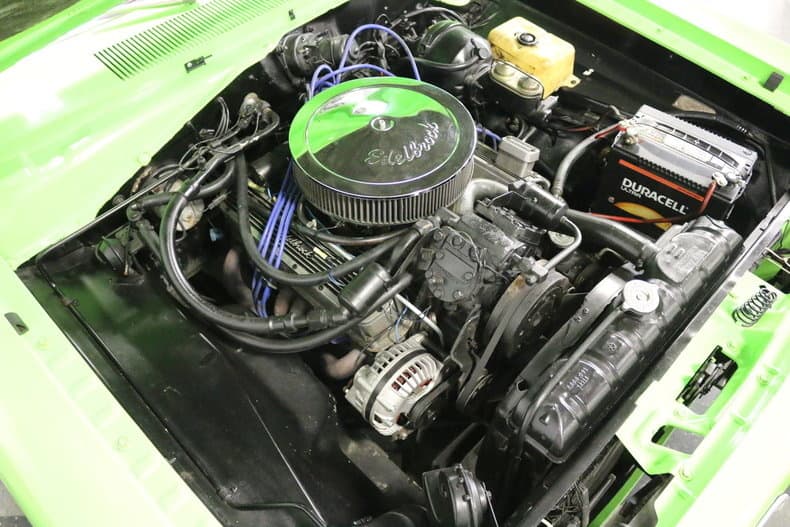 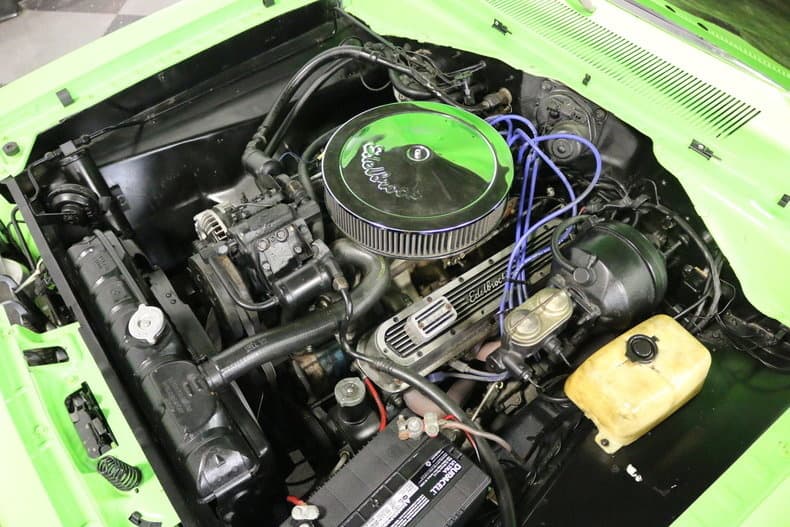 The 1968 Plymouth Barracuda is an odd-looking car with its swooped back and its stern looking front end. It just could not compete with the Camaro’s, Mustangs and ever its cousin, the Road Runner in the looks department. It was not bad looking it just was not pretty. Performance wise, it was great.

This middle model of the second generation Barracuda had much stronger engines that the ’67. Performance was rising and would continue to rise. The car didn?t have the look of the Mustang or the Camaro, but it more than made up for in on the drag strip.