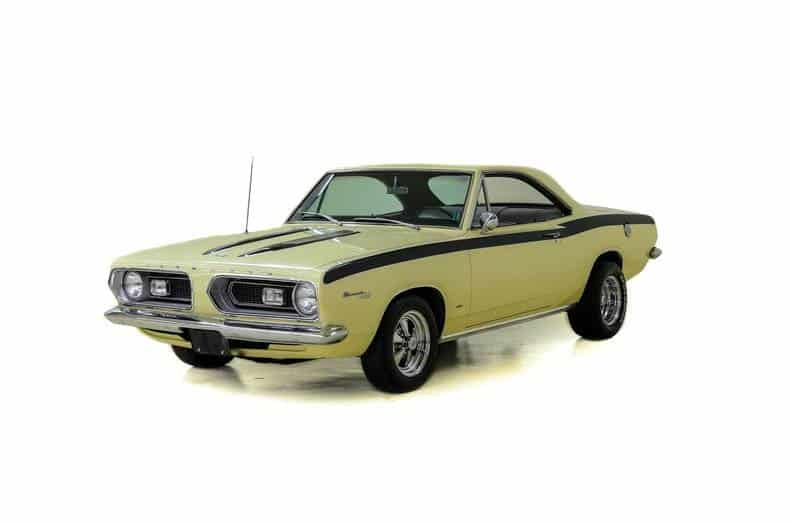 “It bites when cornered. It bites all right, but it doesn’t fight back.” 1967 Barracuda sales brochure.

With a complete redesign, the new Barracuda was even more like the rest of the emerging pony car market, as it was larger and featured more powerful options. Though the car still shared the same A-body wheelbase with the Valiant (which was two inches longer this year), the sheet metal used for the Barracuda was completely different than the Valiant, finally breaking the Barracuda away from that model, which had been the inspiration for the three years of the first-generation Barracudas. The most notable changes were the completely redesigned front and rear of the car. For the fastback models, the large wraparound glass of the previous Barracudas was scrapped for a smaller, more angled rear window.

Additionally notable are the appearance of the two new models made available for the Barracuda. While the Mustang had been offering a notchback, fastback and convertible since 1965, the Barracuda had been limited only to a fastback until 1967. And sales showed the want for these models: combined sales of the new notchback and convertible models outsold the fastback model. The addition was particularly timely with the introduction of the Chevrolet Camaro and the Pontiac Firebird, both of which offered convertible options.

The new 383 CID V8 showed that Plymouth was indeed interested in increasing the performance of the Barracuda, even if it did have certain problems. One was that, since the engine was still a tight fit even thought the car was larger, horsepower was cut to 280, as opposed to the 325 horsepower provided by the same engine in the larger Plymouth Belvedere and Fury lines. Additionally, the engine was too large to fit a power steering pump under the hood, and therefore took away that option and resulted in less-than-desirable handling. Air condition also was not available with the engine because of its size.

Other engine options strongly echoed the 1966 Barracuda offerings, though the slant six-cylinder engine option was eliminated. It would return the following year. There were two other V8 engines available. Both were 273 CID engines, but the 2-barrel version produced 180 horsepower, while the 4-barrel version was rated at 235 horsepower. The latter came with the Formula S package, an options upgrade introduced in 1965 that also included a sports suspension, a standard tachometer, wide-oval tires and distinctive emblems.

Likely inspired by the new models, as well as the public’s growing interest in the pony car market, overall sales increased significantly over 1966. Total production was up nearly 65 percent to 62,534 in 1967.

The notchback nearly matched sales of the fastback its first year in production, and production was at 28,196. This is probably at least in part due to the fact that the car was the most inexpensive Barracuda, with a starting price of $2,449. This was over $100 cheaper than the base model Barracuda cost in 1966.

The fastback model was still the overall best selling Barracuda model in 1967, and 30,110 were produced. The fastback had a base retail price of $2,639.

With the success of the Mustang convertible, it seemed only a matter of time before a convertible model of the Barracuda was introduced. The most expensive of the Barracuda models, the base price was $2,779 and 4,228 were produced throughout the 1967 model year.

Since 1964, the Mustang had been the only pony car competition for the Barracuda, and it continuously outsold the car by a long shot. Then again, Mustang was outselling just about every car on the road at the time. The arrival of 1967 brought with it the introduction of the Chevy Camaro, the Pontiac Firebird and the Mercury Cougar to the pony car class. As Mustang sales were diluted by these new competitors, sales for Ford’s pony car dropped for the first time since the car had been introduced in 1964, though it still accounted for nearly half of all pony car production. The addition of the new models would also serve to encourage companies to continuously improve the look and power of all cars, and as the American car buying public took hold of this, the pony car wars officially began. 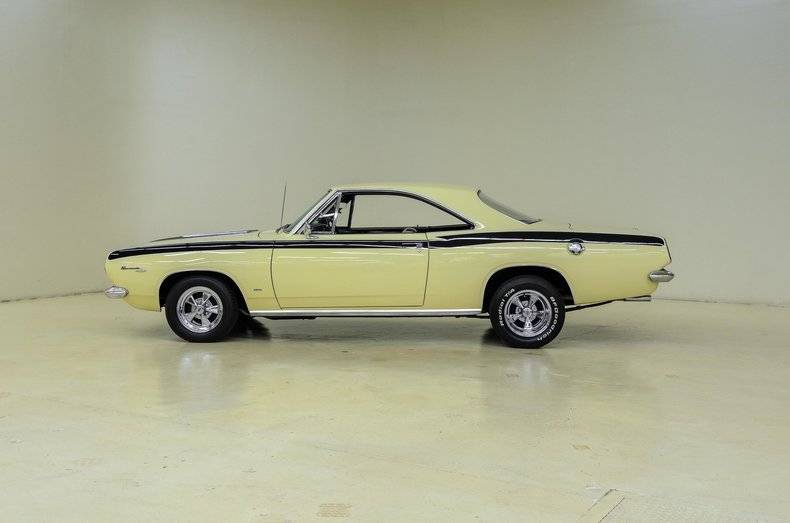 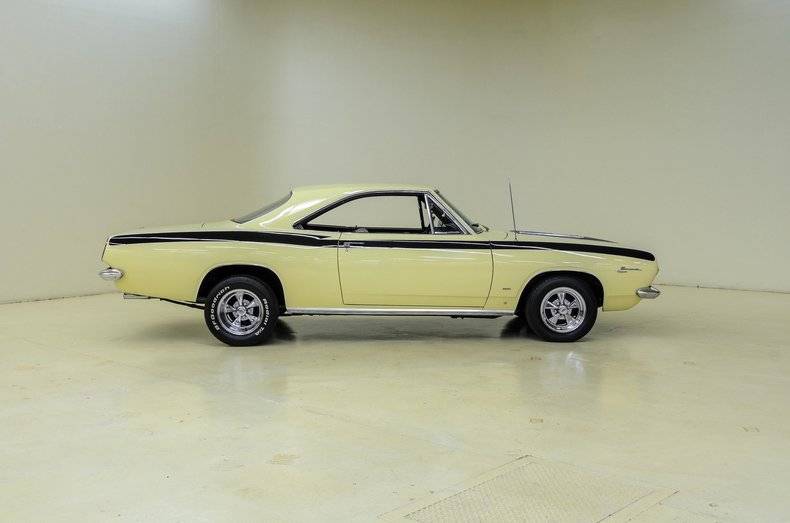 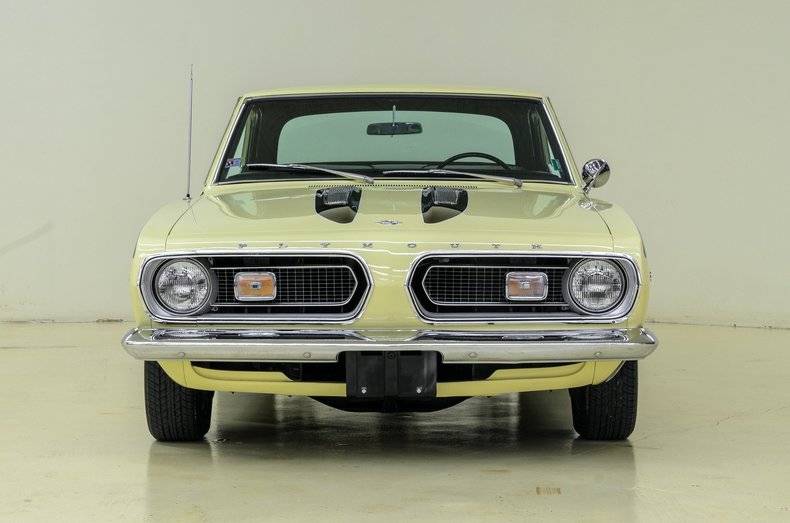 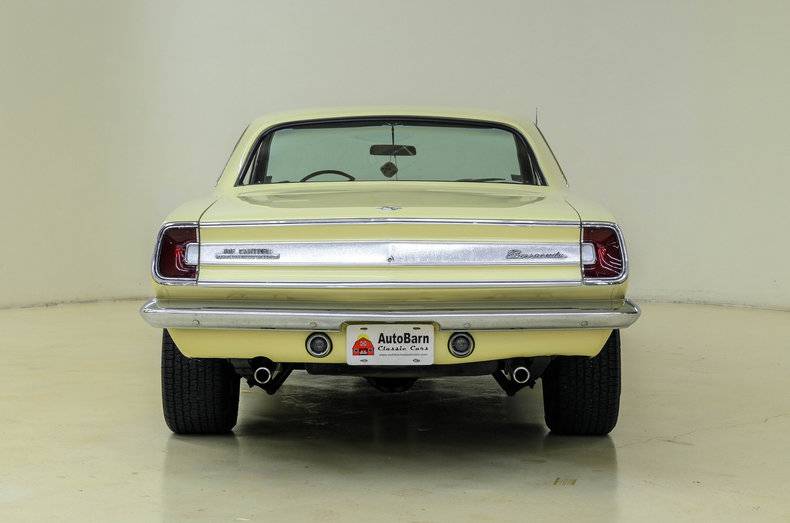 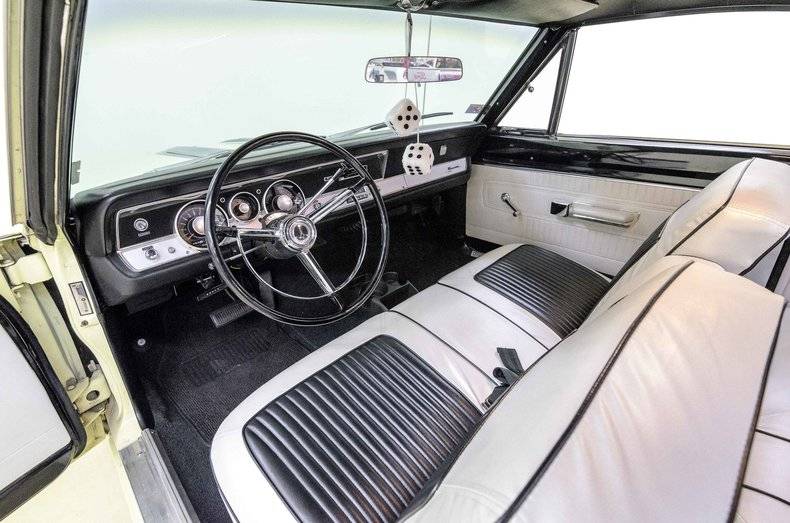 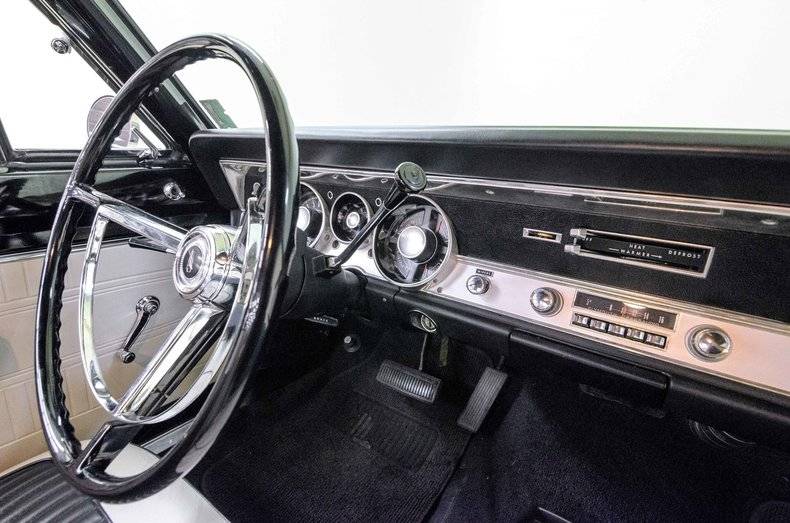 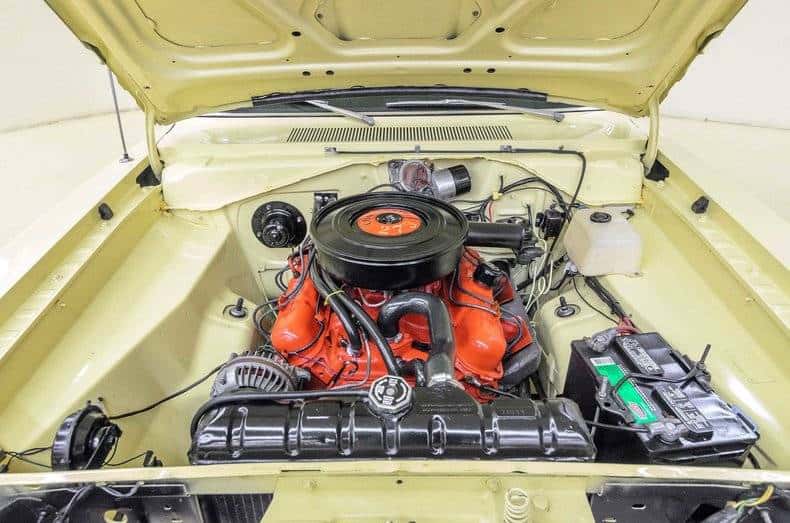 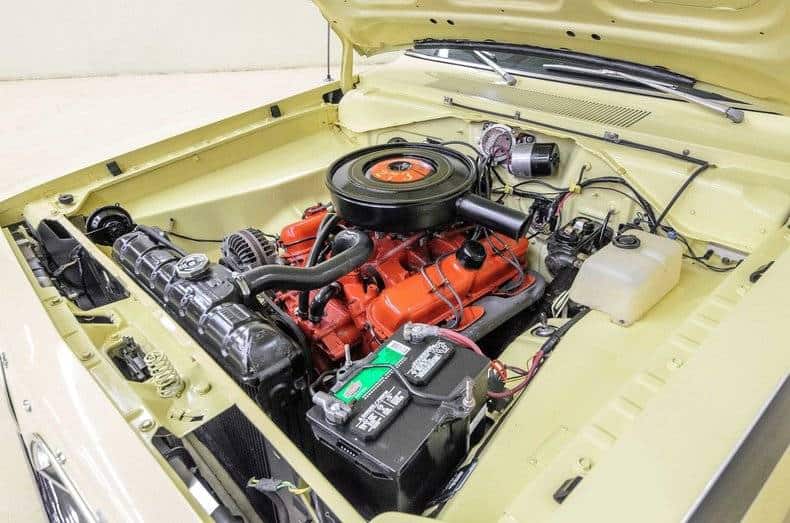 A good competitor for the Mustang and Camaro. I don’t understand why they didn’t sell better.

wonderful car…innovative for it’s time. great to drive at its limits. Always wanted one of these, ordered on 42 years ago, it got delivered to the wrong place, never got it. Just bought a one-owner one that I’ll take to original. What a car !!!!!

Overall it was a good effort.

The second generation Barracuda was a great step forward. The fastback is a very nice looking car. The only area were more improvement was needed was the front end. It just looks a little busy. Performance was up and sales increase over the previous year. This was pretty good considering how crowded the pony car market was becoming. Ford still had the Mustang and GM introduced the Camaro and the Firebird. Overall it was a good effort.