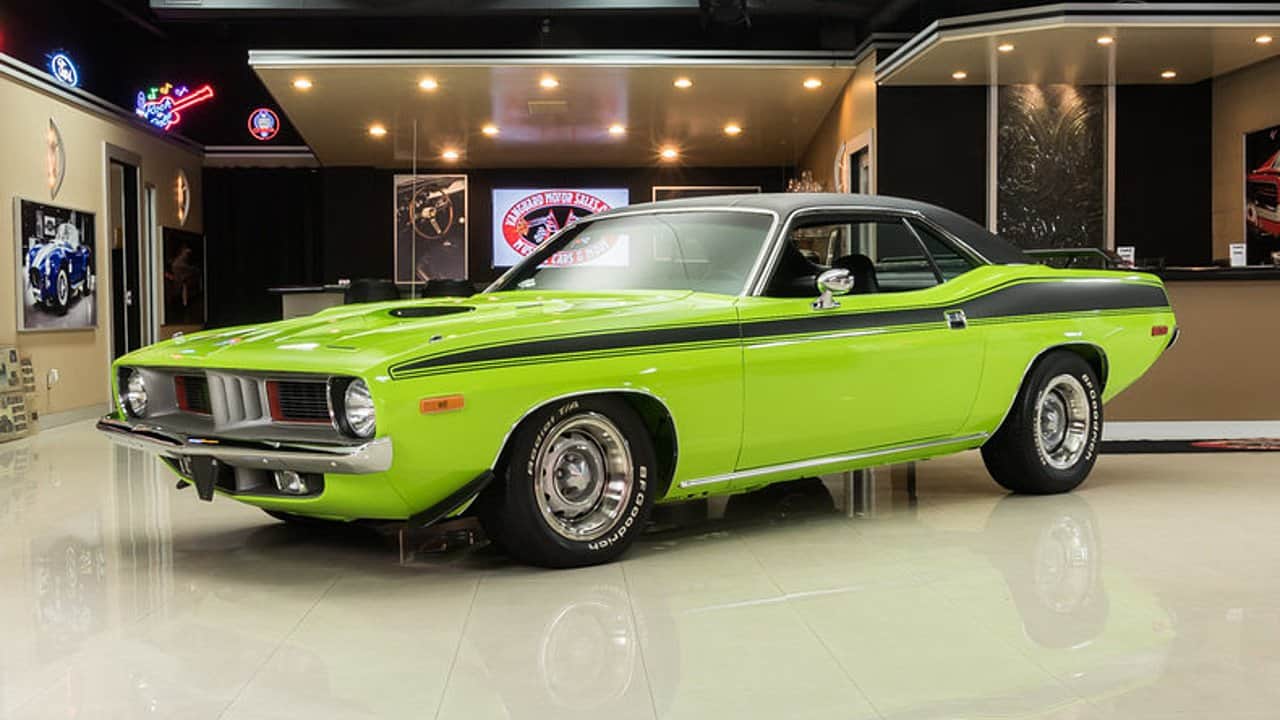 “‘Cuda & Barracuda. Sporty appearance and sporty performance. Barracuda and ‘Cuda both come equipped with the 318 V-8 … a 340 V-8 is optional.” 1973 Barracuda sales brochure.

Other than the aforementioned black bumper guards, the appearance of the 1973 Barracudas was very similar to the 1972 models. And in fact, the 1973 cars would also be virtually indistinguishable – from an exterior visual viewpoint – from the final Barracudas produced in 1974.

Perhaps in an attempt to position the Barracuda purely as a performance car, Plymouth dropped the six-cylinder engine option that had been available since the car was introduced in 1964. However, the performance options were extremely limited, as they had been the previous year. 1972 marked the beginning of new stricter emissions standards that, at the time, eliminated all Barracuda engine options bigger than the 340 V8. Even the new 360 CID engine that was introduced later in the year only produced a five horsepower increase from the 340 (245 horsepower, up from 240).

Additionally, net horsepower was now required to be used as the car’s official rating as opposed to gross horsepower, resulting in the perception of lowered performance. The standard base motor for 1973 was a 318 CID V8 that produced 150 horsepower. Cuda models were equipped with the 340 CID V8 standard (and the 360 engine later in the model year). As it had since its introduction in 1970, the Cuda model was equipped with a heavy duty suspension, larger tires and a scooped hood. In 1973, base Barracuda models upgraded to the 340 V8 engine option also received this package. In this case, the difference between the cars and the Cuda models – other than badging – was that the Cuda models had a body colored grille and a rear valence panel.

Total Barracuda production was up slightly in 1973 to 19,281, as opposed to 18,450 the year before. In fact, production for every car in the pony car class was up in 1973. Unfortunately, the bump wouldn’t be enough to stave off the demise of most of the pony cars, including the Barracuda, after 1974.

With the exception of the aforementioned upgrades to the base Barracudas with the upgraded engine option, the models were virtually unchanged from the 1972 models. Vinyl bucket seats were still standard, as was deep-pile carpeting, a dome light and concealed two-speed electric wipers.

Since the convertible model had been discontinued in 1972, the Cuda hardtop was the only other model available other than the base model. In addition to the body colored grille, the Cuda model also was visually distinguished by its moldings around the wheel openings, drip rail and deck lid.

As was mentioned previously in this article, sales of all pony car models rallied slightly in 1973, after all had experienced year-to-year drops since 1970. However, it was simply a case of ‘too-little-too-late,’ as a host of factors had basically predestined the pony car class to die out by this point.

First, the new federal standards had left all pony car makers struggling to find a way to make performance cars that still adhered to the regulations. Additionally, it seemed that by this point the American car-buying public was already quickly tiring of the pony car class. Insurance rates were already on a steep rise, and the first oil crisis that occurred during 1973 probably was the final nail in the coffin for most of the models.

Despite the production increase, Barracuda was in last place in 1973 in terms of sales among pony car models. It would continue to hold this position the following year. 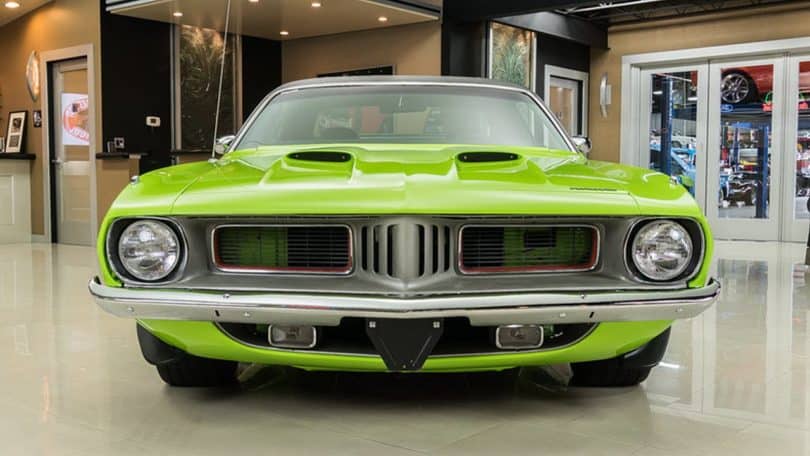 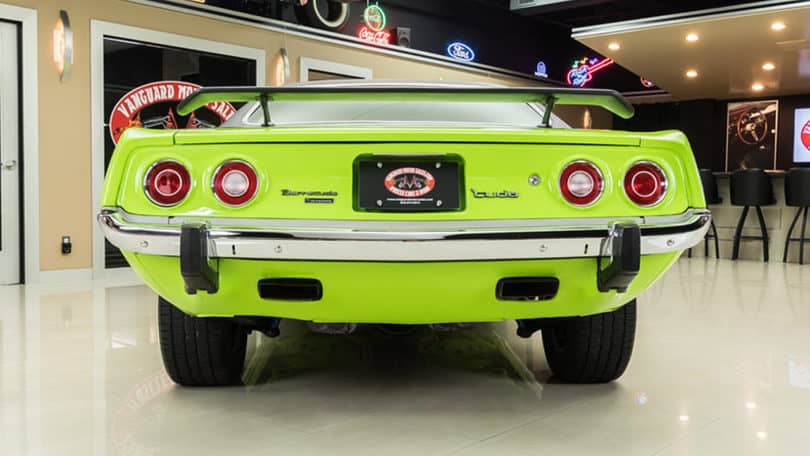 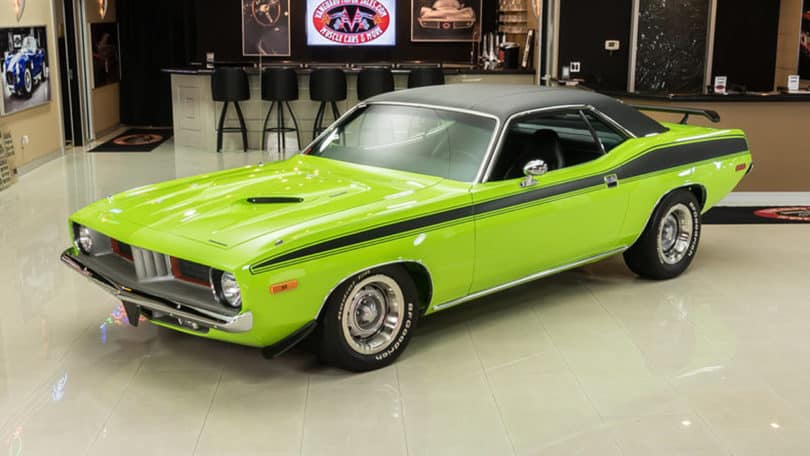 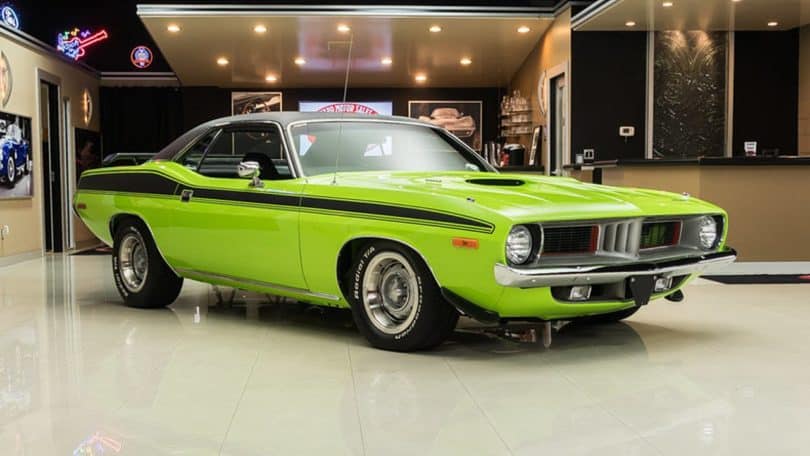 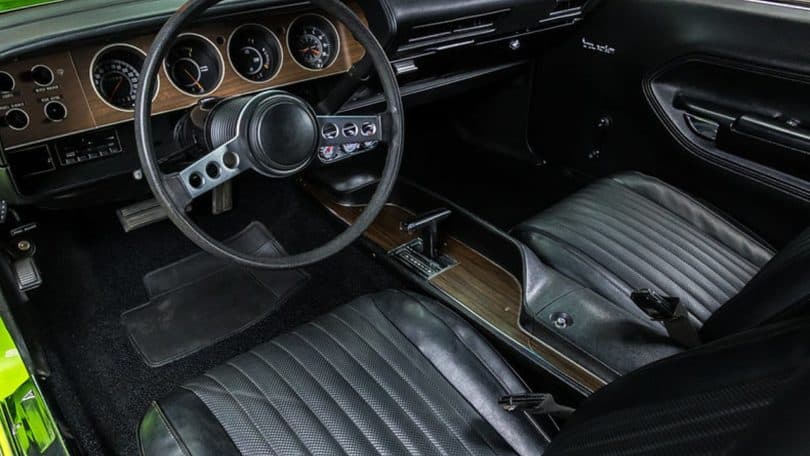 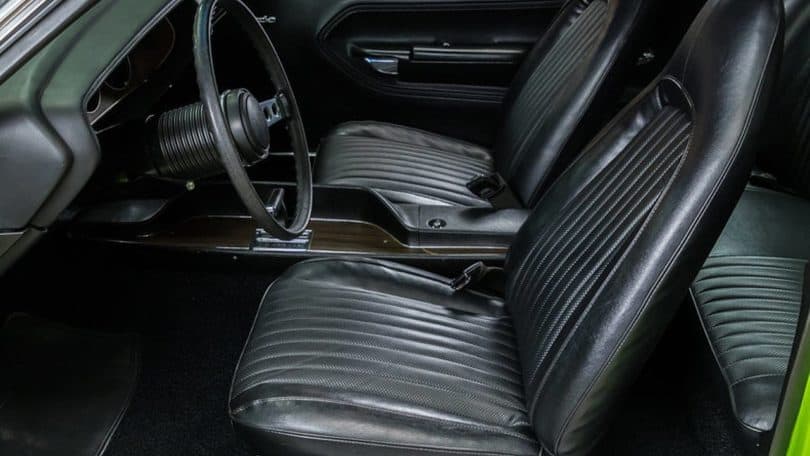 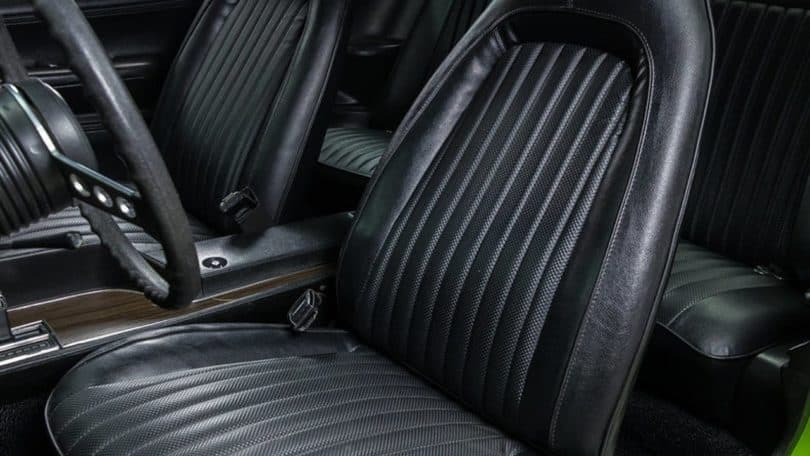 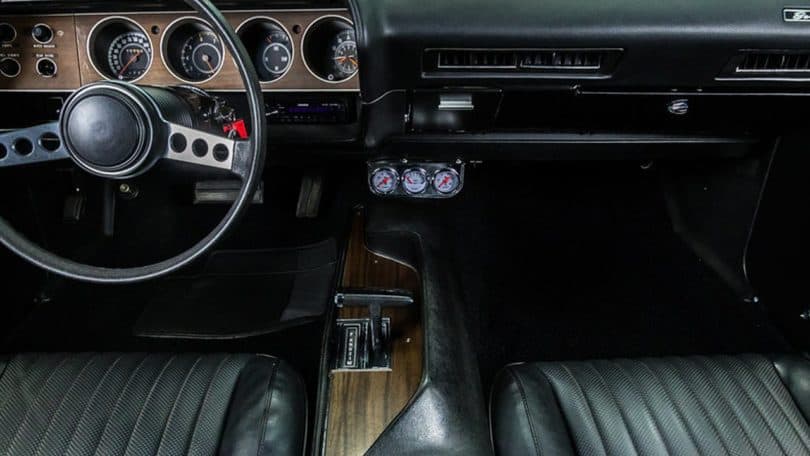 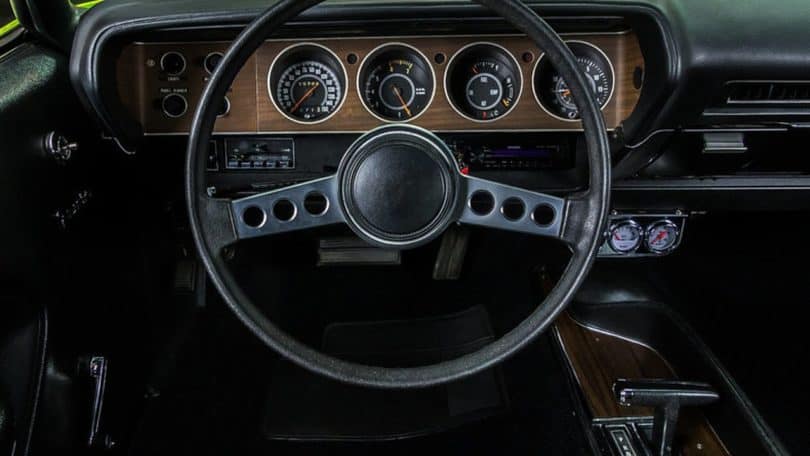 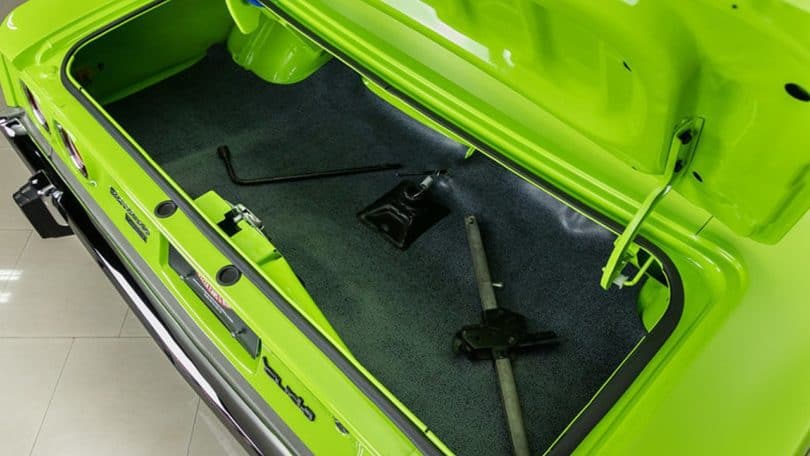 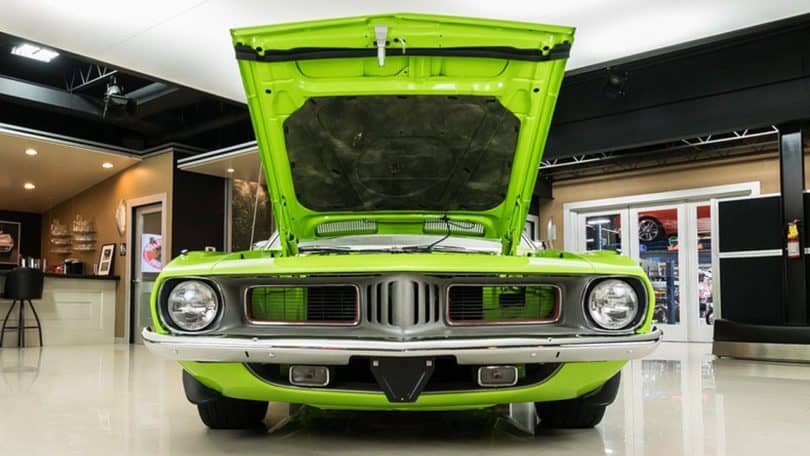 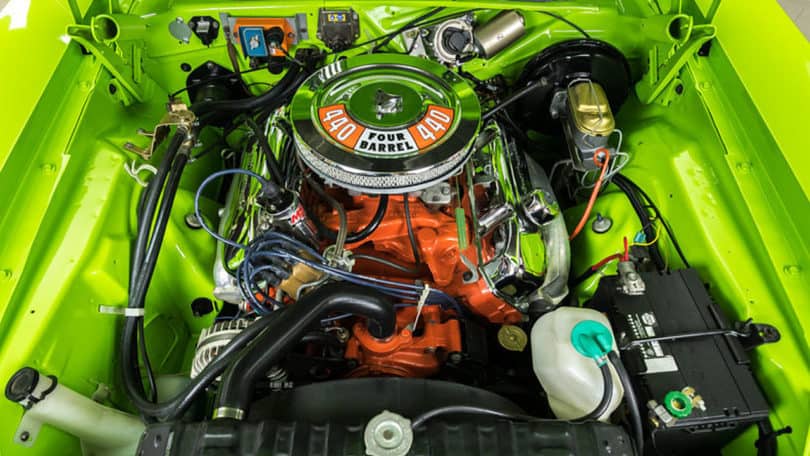 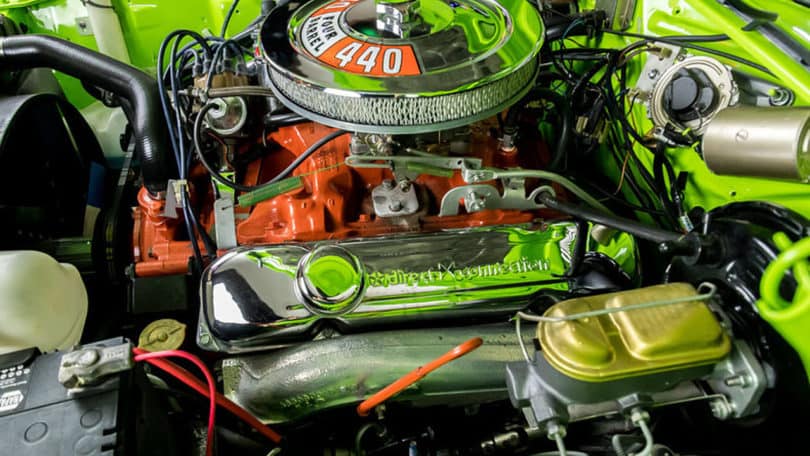 Performance was down and sales were up

The muscle car era was almost over. The Barracuda would only survive one more year.

One nice thing about the 1973 and 1974 Barracuda was that they were relatively cheap until recently. Muscle car lover could take a neglected body and drop a big block in and have a little fun. Today, even these years are priced out of reach for most.