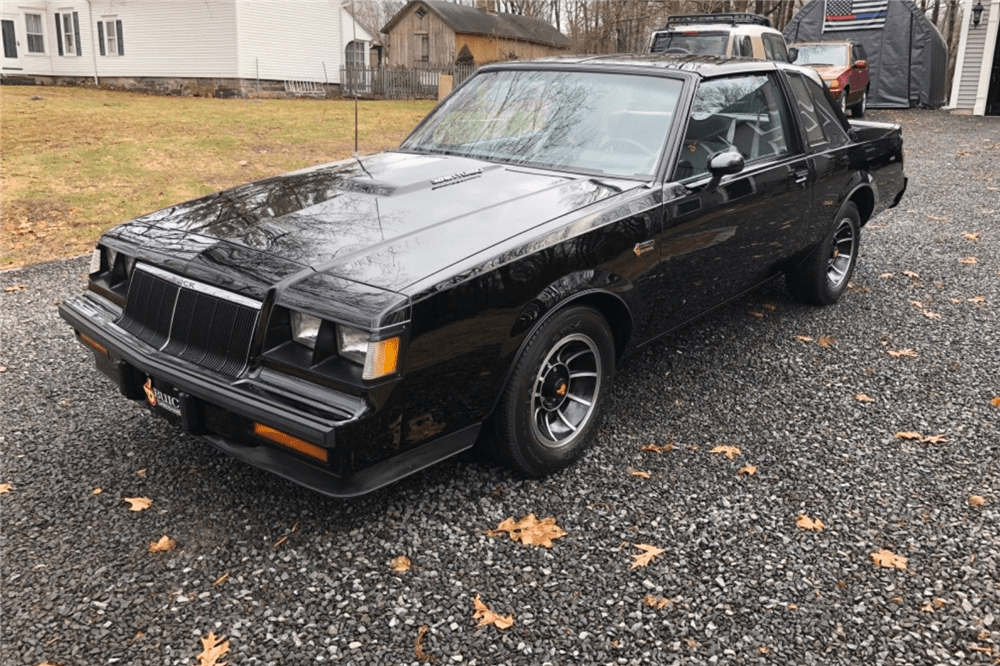 “A little chrome and a lot of power in basic black attire, that’s what the Buick Regal Grand National is all about” Buick sales literature.

The 1984 Buick Grand National served two purposes: first it showcased Buick’s new turbo charged 3.8 liter V6 engine and second it brought performance minded and youthful buyers into the Buick showrooms. The Grand National excelled at both. Not only was the car distinctive in its all black layout but the new engine backed up the aggressive looks.

The 1984 Grand National was more than a powerful engine stuffed in a mid-sized frame – it was an attitude. No one was going to mistake this car for anything other than what it was. This was not a sleeper. The color was black or paint cod “19” in GM speak. The bumpers were black, the trim was black. Basically everything that could be painted black was done so. And just in case anyone had any doubts, a spoiler was added to the trunk and aluminum wheels with black inserts were added to the package. Finally “Grand National” fender badges were added to complete the exterior package.

The interior was also dressed up to complete the package. The Grand National received a sports steering wheel, upgraded instrument package with a tachometer and a boost gauge on the dash. Lear seats were standard and were covered with sand gray cloth and charcoal leather inserts. Each bucket seat was further graced with an embroidered with a stylized “6” to represent the turbo V6 under the hood.

Production was limited to 2,000 examples in 1984. All were sold. The 1985 Grand National was very similar. Buick saw no need to mess with success. 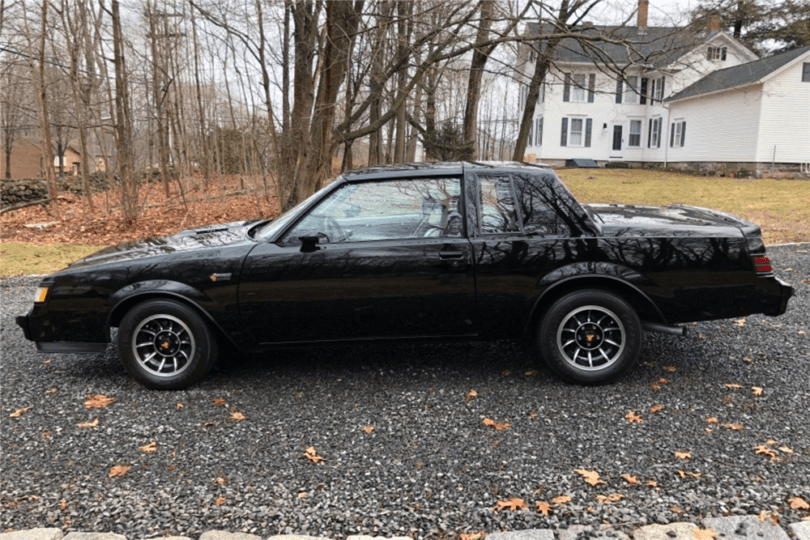 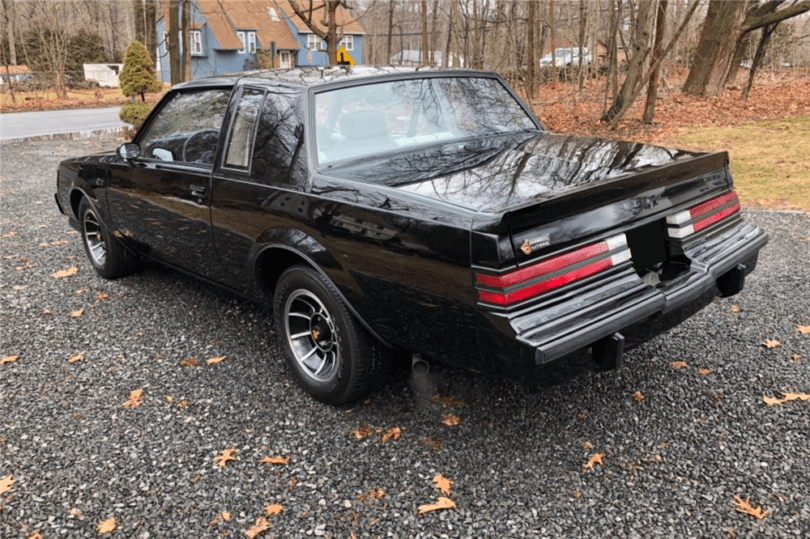 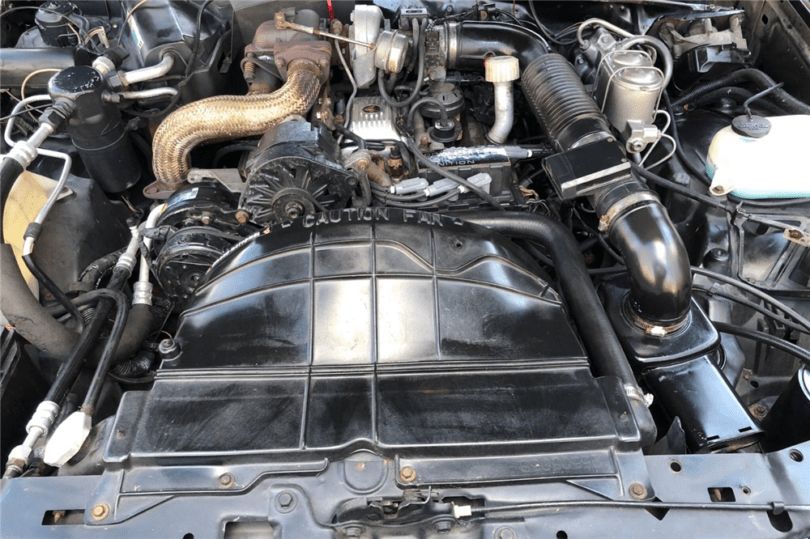 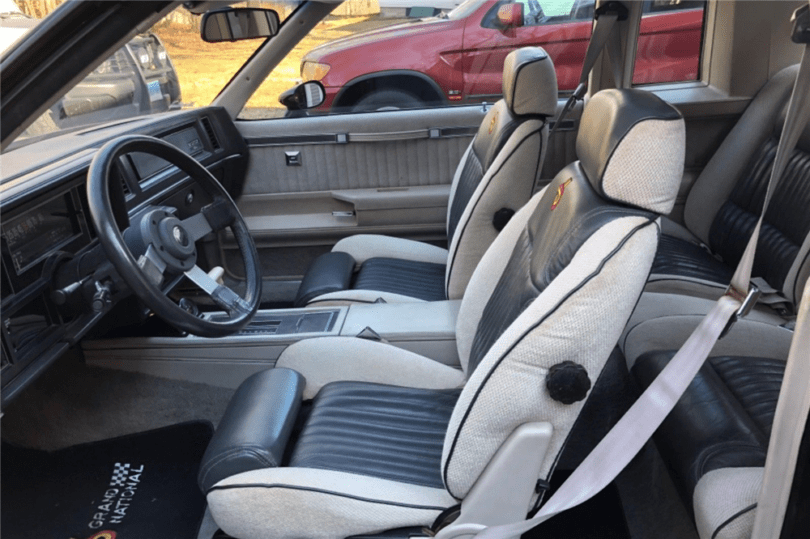 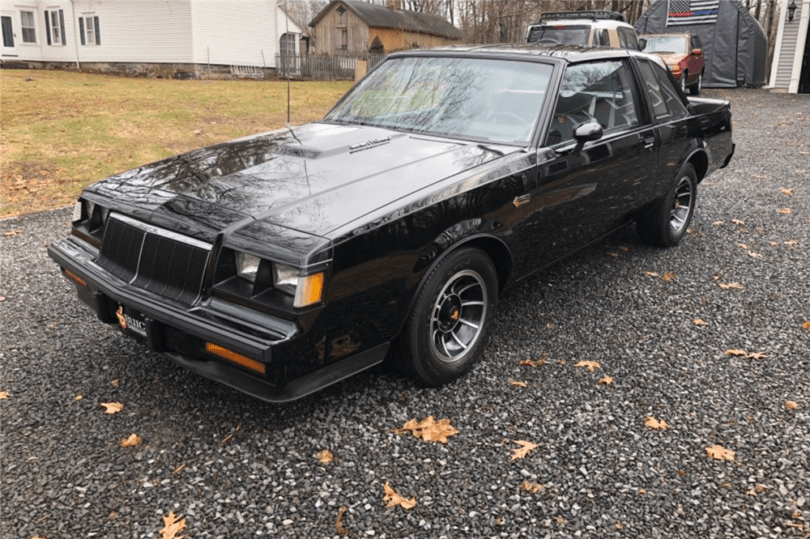 Just when you thought the classic muscle car was gone forever, Buick brings them back. Imagine a mid-sized car that could put the fear in Camaros and Corvettes alike. This was the car. Not only did it have the horse power but it had the “look.” That all black paint scheme just set it appear from the herd.