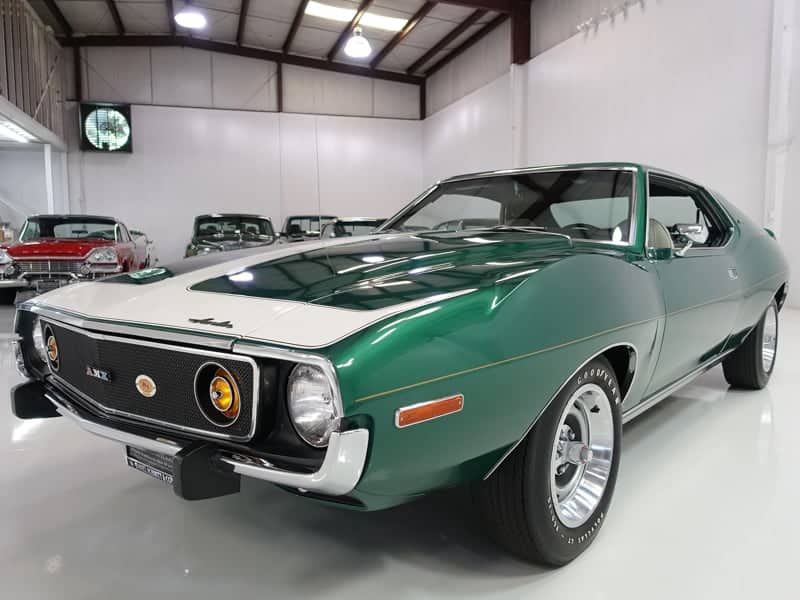 “Put it all together and you’ve got a truly tough performance car.” 1974 Javelin sales brochure

Following the trend of most pony cars, 1974 marked the end of the Javelin. The 1974 Javelin basically was a carbon copy of the 1973 model, which itself was very similar to the original second-generation Javelin that had been introduced in 1971. The reasons for the end were numerous, and while some focused on the Javelin itself, which had never had the sales numbers of the Mustang or Camaro, the majority of the blame for its downfall lay on the general economy and the overall automotive industry at the time.

The first oil crisis began in late 1973, and lasted a few months into the following year. For a public that already was weary of ever-increasing insurance rates, spiking gas rates (and shortages) essentially resulted in the death of the pony and muscle car industries – at least for that time. Sales of compact and sub-compact cars relying on gas saving four-cylinder engines skyrocketed and the vehicles designed for performance paid the price.

Other than the aforementioned drop in horsepower for the 401 engine, performance options were exactly the same in 1974 as they had been the previous year. Base model Javelins included a 100 horsepower 232 CID six-cylinder, while AMX models were upgraded to a 304 CID V8 standard engine that produced 150 horsepower. Upgrade options included two 360 CID V8 engines, a 2-barrel and a 4-barrel version. The former was rated at 175 horsepower, while the latter was rated at 220 horsepower. Finally, the 401 V8 was now rated at 235 horsepower, compared to 255 the previous year. All horsepower ratings in 1974 were calculated as net horsepower, per a regulation began in 1972.

The base model Javelin was simply called Javelin, while the upgraded model was known as AMX, as it had been the previous year. After finally seeing a rise in sales throughout the 1973 model year, production fell once again in 1974, with a total of 27,536 Javelins produced.

Because of new government regulations, all Javelin added a seatbelt interlock system to its list of standard features that also included high-back front bucket seats, manual disc breaks and front and rear bumper guards. A total of 22,556 were produced, and the base price was $2,999.

In addition to the aforementioned standard features, AMX models added a three-spoke steering wheel, white letter tires, slot-style wheels and a deck mounted spoiler. For all of this, the base price was upped to $3,299, and 4,980 were produced before production ceased.

By the end of 1974, there were barely any pony cars to speak of. Along with the Javelin, both the Dodge Challenger and the Plymouth Barracuda were discontinued during the model year. That year, Ford introduced the Mustang II, which was a compact car available with a four-cylinder engine without the option of a V8. Though the car sold remarkably well (production was more than 385,000 for the year), the car was in no way a pony car. The Mercury Cougar took the opposite route and was made into a larger personal luxury car that would be competing with cars like the Chevy Monte Carlo and the Pontiac Grand Prix.

So, the only real pony cars left for the 1975 model year were the Chevy Camaro and its corporate cousin the Pontiac Firebird, though the performance options of both had been neutered by the new emissions regulations. Both, however, would come to add performance options throughout the decade and remain the only cars carrying the pony car torch as the decade closed.

The Javelin contributed to a revitalization of AMC, which by 1974 was selling hundreds of thousands of both its Hornet and Gremlin per year. Though the Javelin was a well-built, well-liked car when it was released, it became a victim of its circumstance. 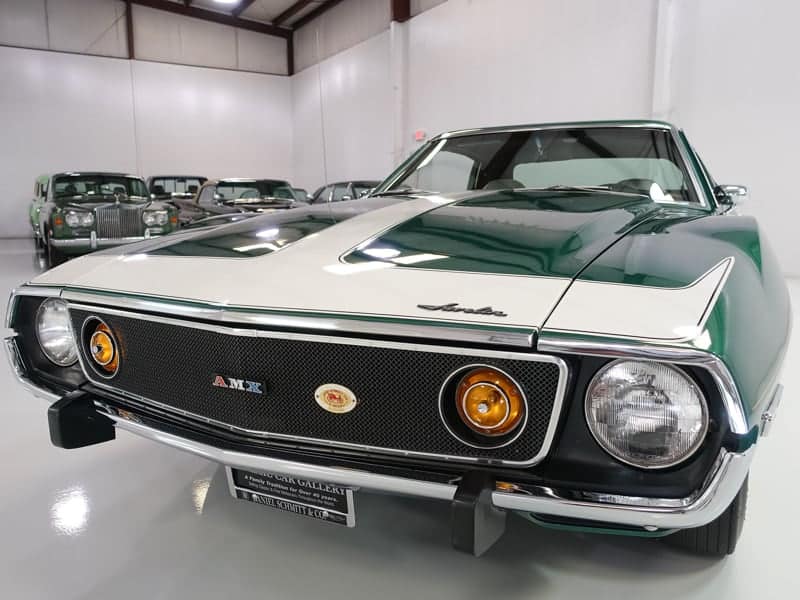 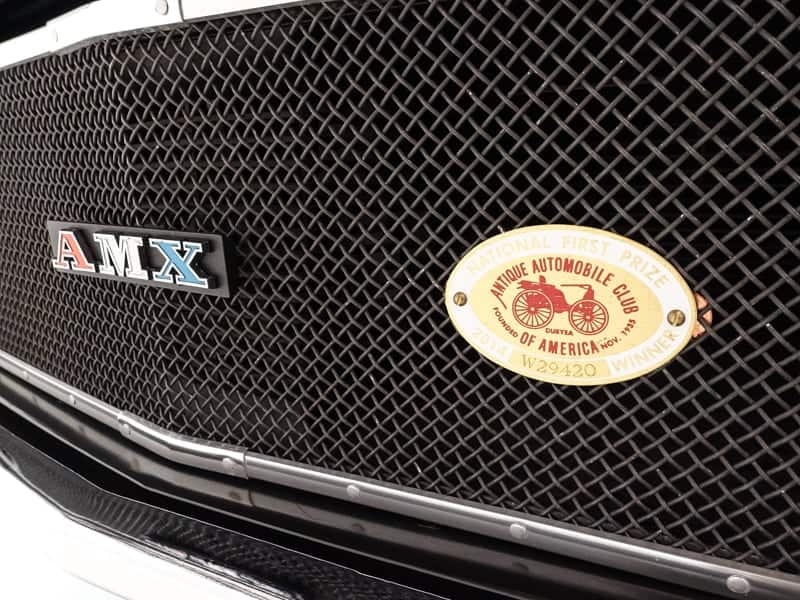 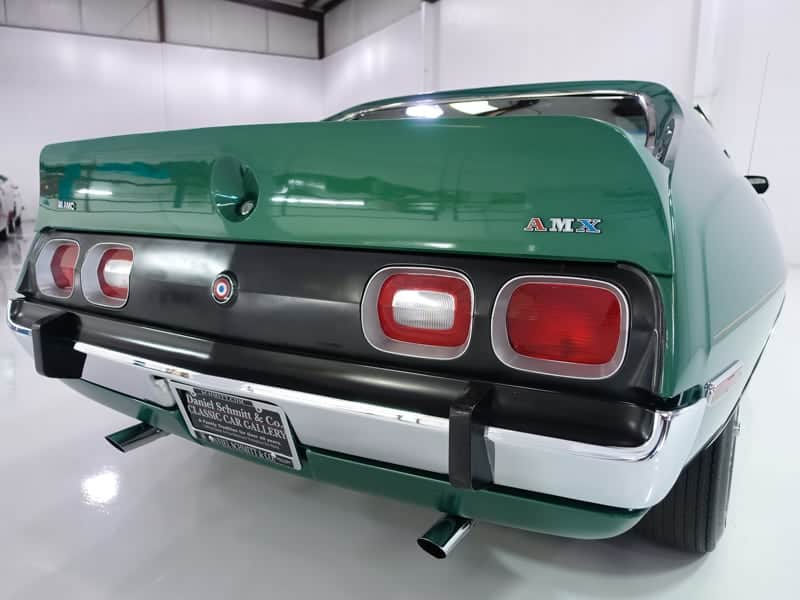 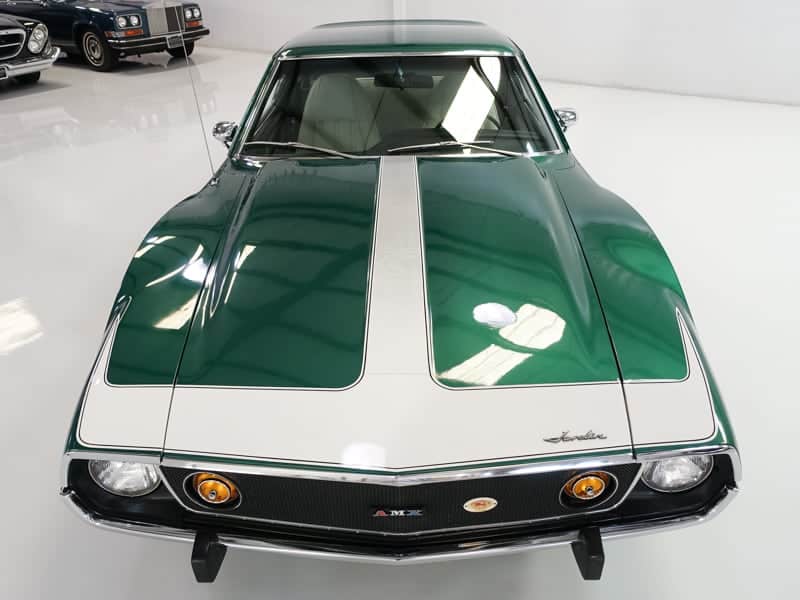 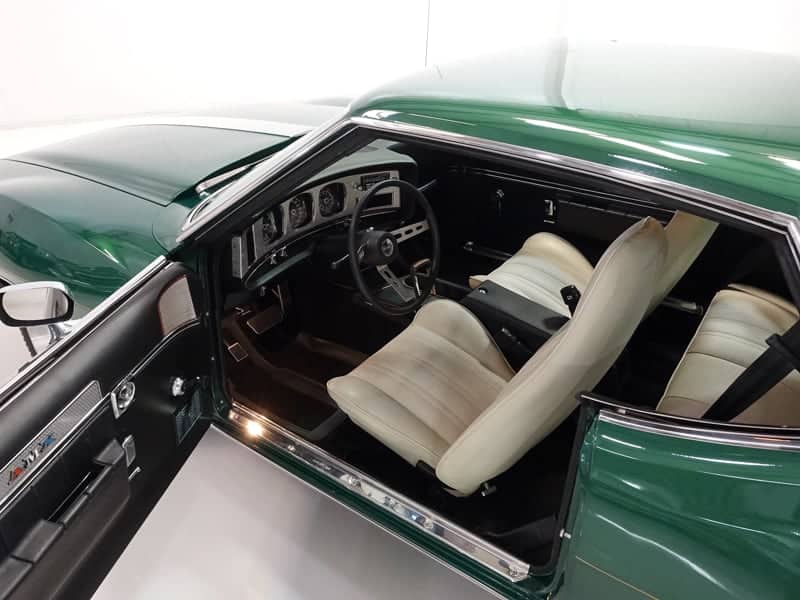 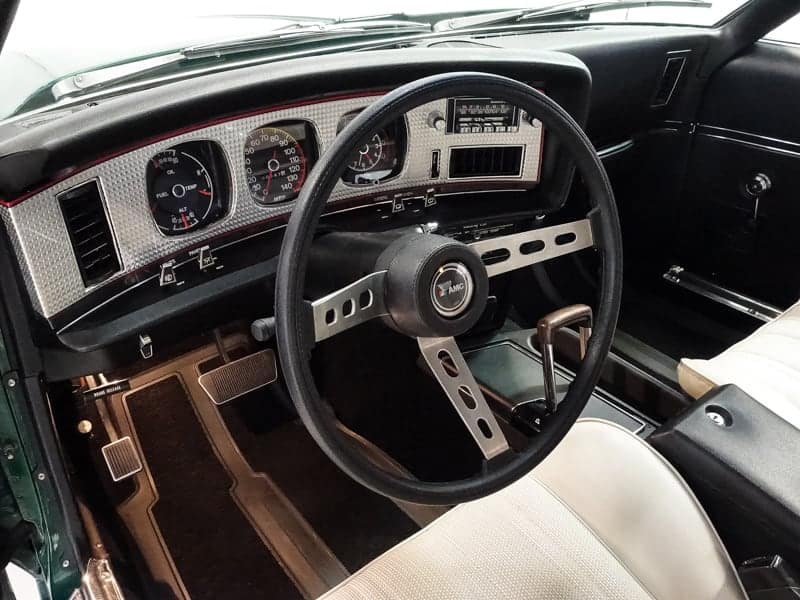 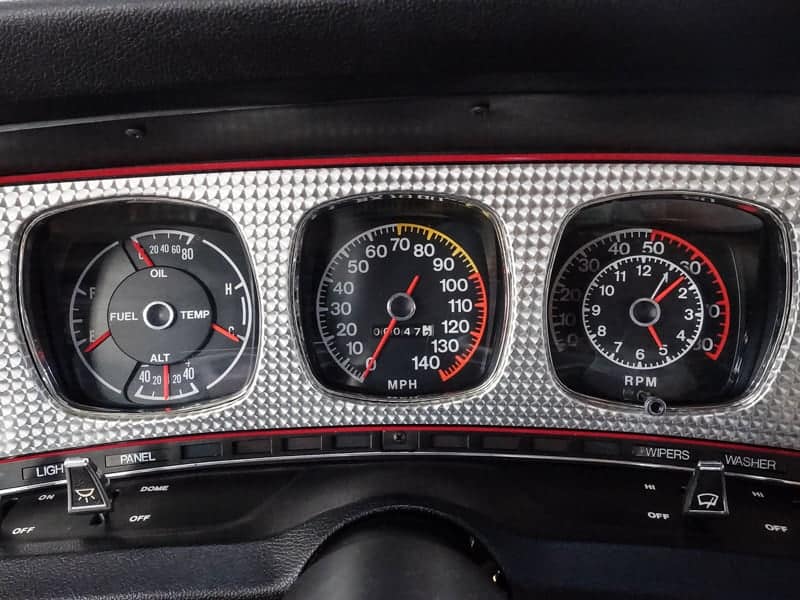 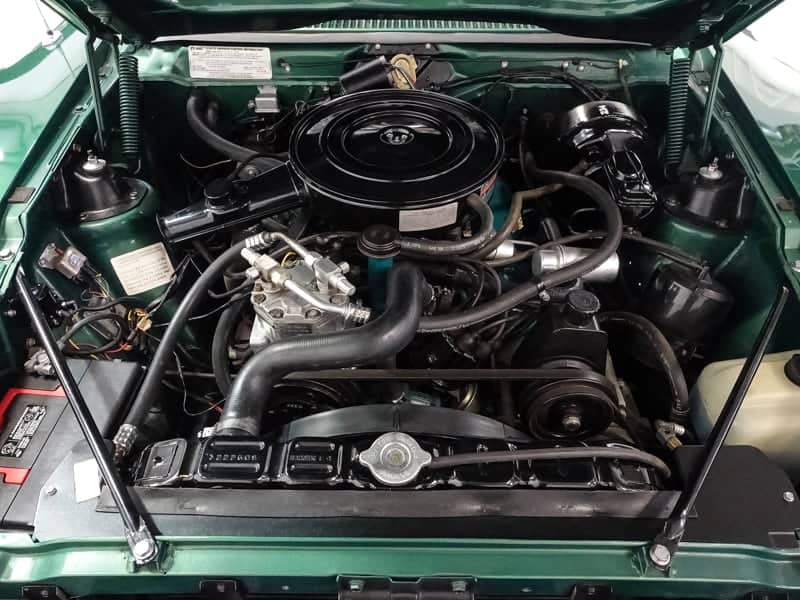 1974 market the end of all the “lesser” pony cars. It would be the last year for the Plymouth Barracuda, Dodge Challenger and the AMC Javelin. Only the Mustang, Camaro and Firebird would return for 1975. Although performance was markedly down and sales were nothing compared to previous years, the 1974 AMC Javelin was still a competitive pony car compared to the competition. The flared front fenders and the large rear end made the car appear much larger than it was. It’s almost as if the car had entered middle age and needed to go on a diet.