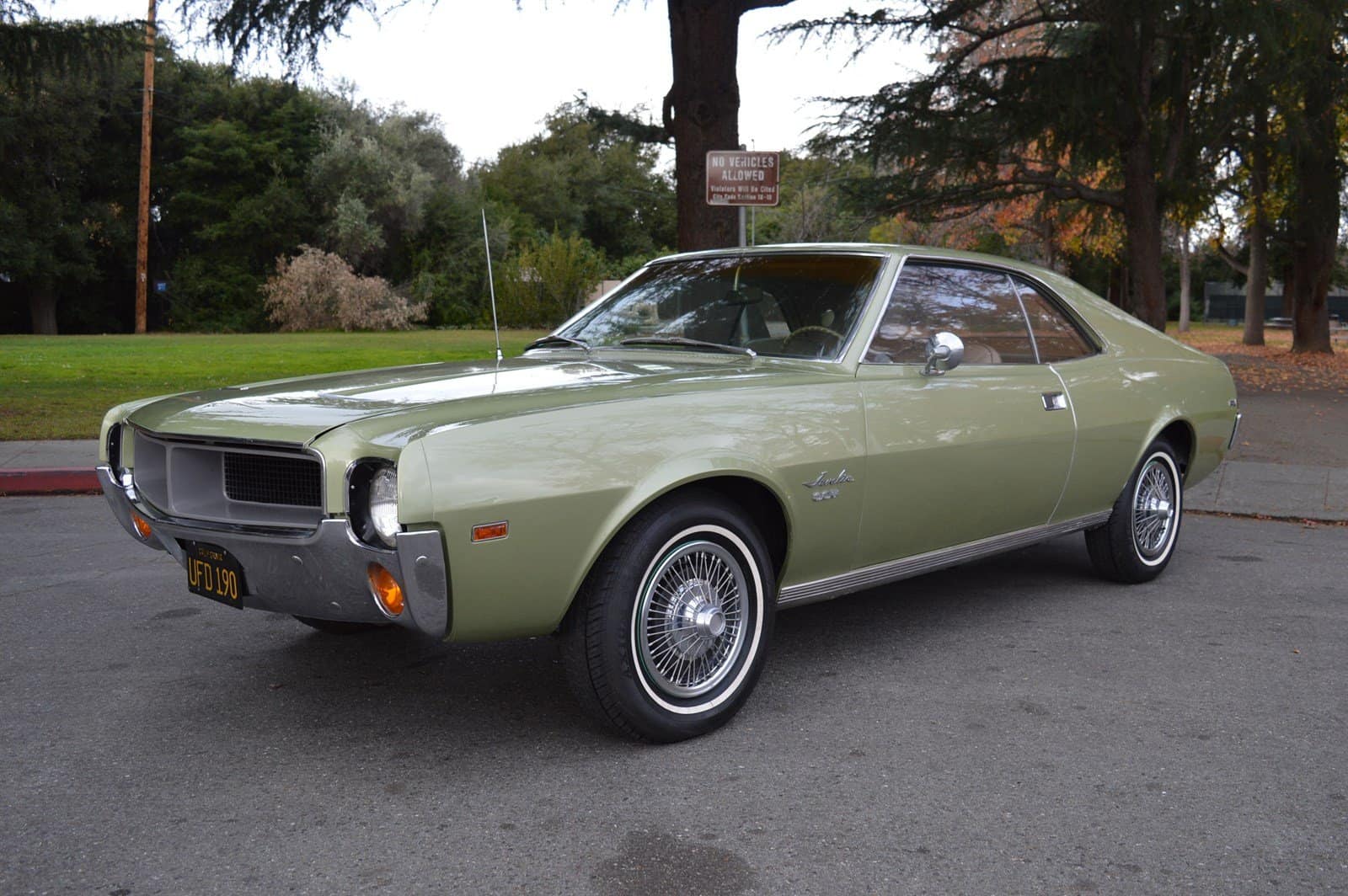 “Test drag a Javelin. Don’t laugh. The Javelin SST is even faster than it looks.” 1968 Javelin sales brochure

When American Motors introduced the 1968 Javelin, they presented a car that was like no other car in their lineup at the time. Designed to compete with the soaring sales of the Ford Mustang and the one-year-old Chevy Camaro and Pontiac Firebird, the Javelin fit right into the pony car class with its fastback design, long-hood short-deck style and powerful engines crammed into a relatively small car. But even with the similarities, the Javelin stood out from its competition as a unique car that sold relatively well its first year on the market.

Though the 1968 Javelin came with only one body style, it did have two model options: the Javelin and the Javelin SST. The SST model upgraded the interior and exterior with a more sporty look, and came with a V8 engine, as opposed to the standard six-cylinder. That standard engine was a 232 CID six that produced 145 horsepower. The base model came with a three-speed manual transmission, which could be upgraded to an automatic for an additional $220.

The original year model of the Javelin was relatively successful, particularly by AMC standards. It has been reported that AMC CEO Roy Chapin said before the car’s release that he would be happy with 35,000-40,000 sales during the 1968 calendar year, and the 1968 Javelin ended up selling over 70,000 units during that time. Of those, over 56,000 were 1968 models. One thing that gave the company an advantage was pricing the car under that of the competition. With a base price of $2,482, the car cost $120 less than 1968 Mustang and $106 less than 1968 Camaro. Unfortunately, these sales numbers were the highest the Javelin would ever see, and sales would begin declining the following year.

Another advantage the Javelin had over most of the other cars in the pony car class was room – it had more interior space than any other pony car except the 1968 Mercury Cougar, which had about the same amount. Standard features included front vinyl bucket seats, arm rests and full carpeting. Like other pony cars, the Javelin relied on a slew of options to allow buyers to essentially customize the car nearly anyway they wanted. Options included air conditioning, vinyl top, AM/FM stereo and tinted glass.

For $106, the base engine could be upgraded to a 290 CID V8, and the four-barrel version of that engine added $150 to the base engine. During the model year, 29,097 base model Javelins were manufactured.

The SST model sold nearly as well as the base model, with a total production throughout the year of 26,027. This was likely in part due to the fact that the SST models were only $105 more than the base model. Additions for the SST include reclining bucket seats, wood-grain steering wheel, wheel covers and hood-scoop moldings. Additionally, the SST models could upgrade to the “Go Package,” which included heavy-duty shocks, wider tires, dual exhaust and front power disc breaks.

Perhaps most importantly, the SST models could choose from two additional engines than the base models: a two- and four-barrel version of a 390 CID V8 producing 280 and 315 horsepower, respectively.

Much like the Dodge Challenger would do when it was introduced two years later, the Javelin proved to be a well-designed and well-built car that was a stellar competitor with the other pony cars that was just released too late. Even by 1968, the pony car class was waning in favor of the emerging muscle cars, and coming emissions standards and increasing insurance rates would continue to pummel sales of the entire class.

Plymouth Barracuda was the only pony car outsold by the Javelin in 1968, but Mustang was still riding the wave of high sales it had achieved since its introduction, and buyers apparently were still enthralled with the relatively new Camaro and Firebird. Still, as mentioned before, sales were respectable for the car that year, and because of that, AMC would make few changes to the Javelin until the beginning of the next decade. 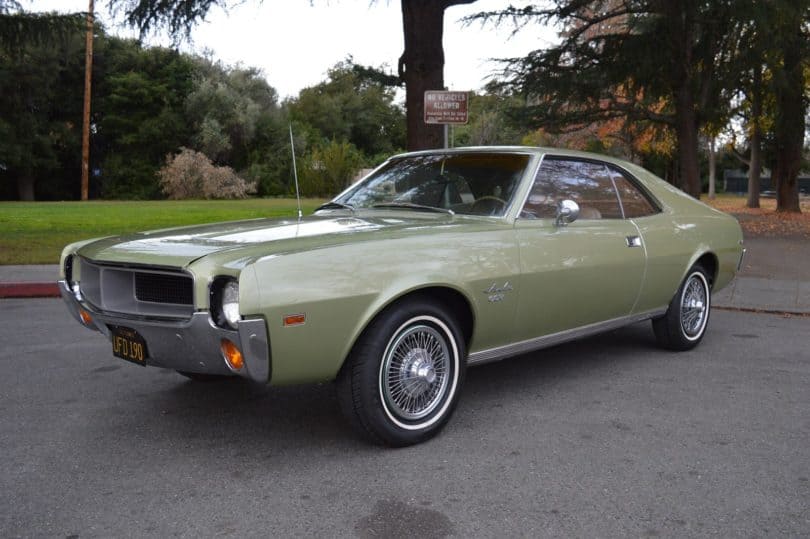 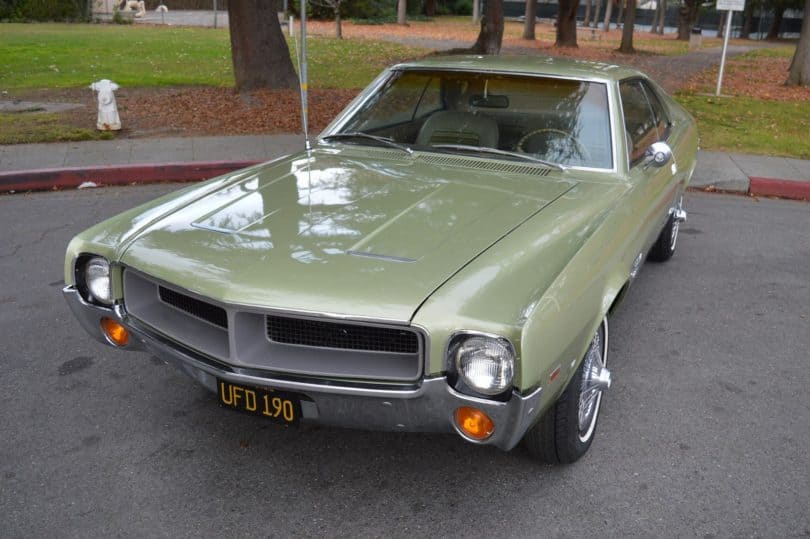 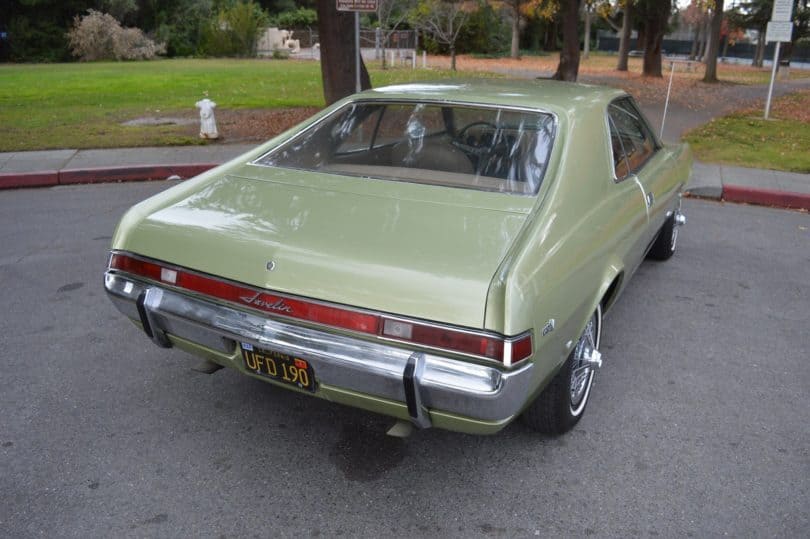 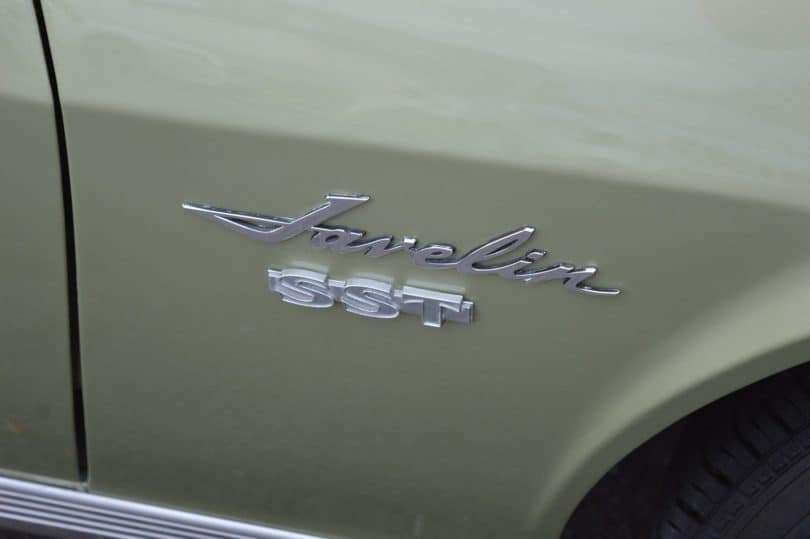 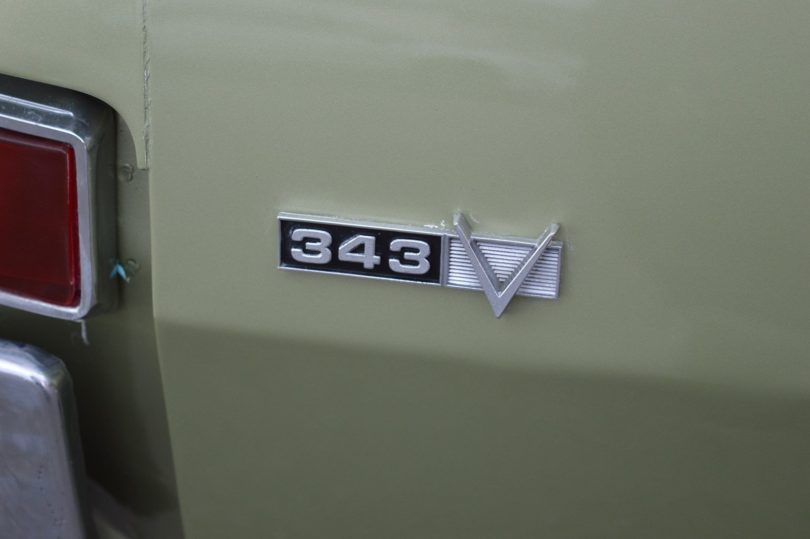 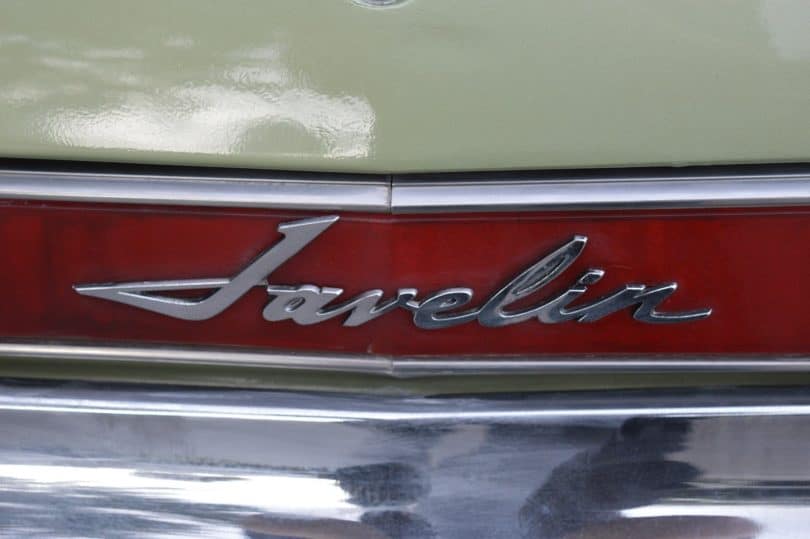 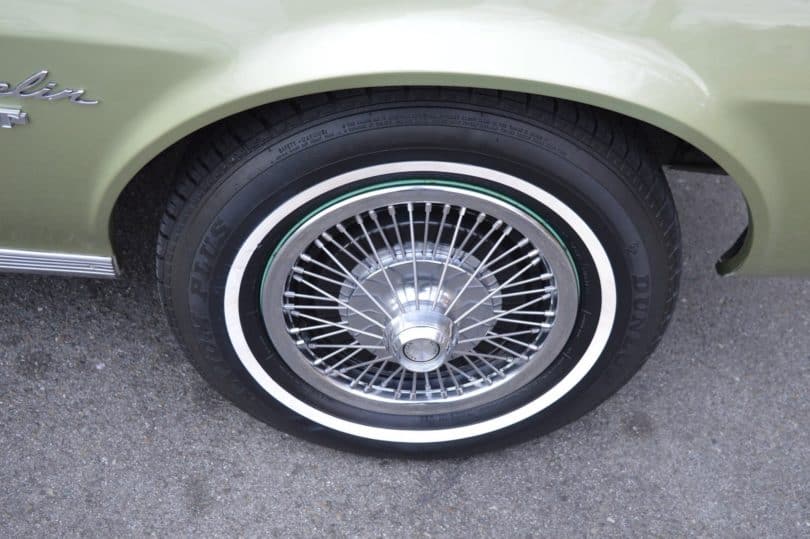 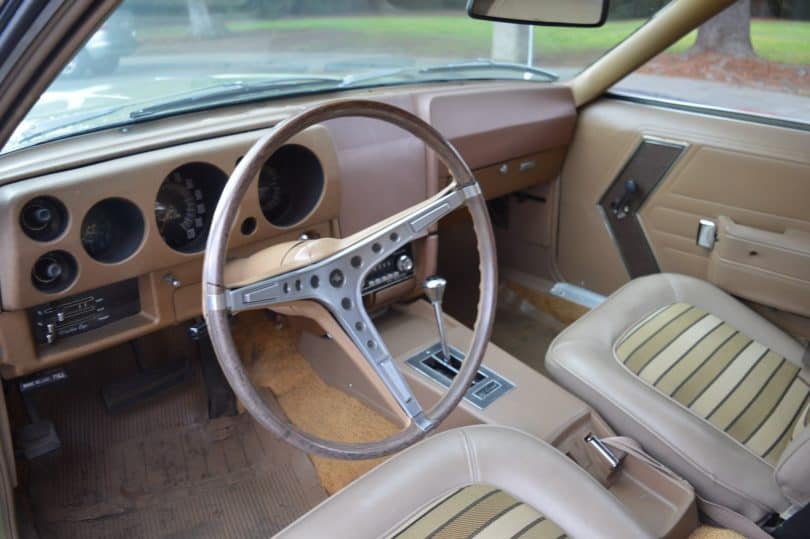 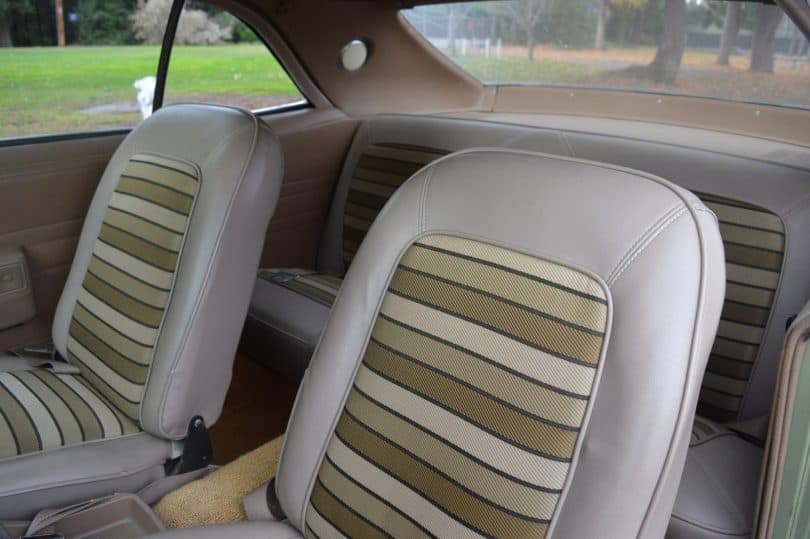 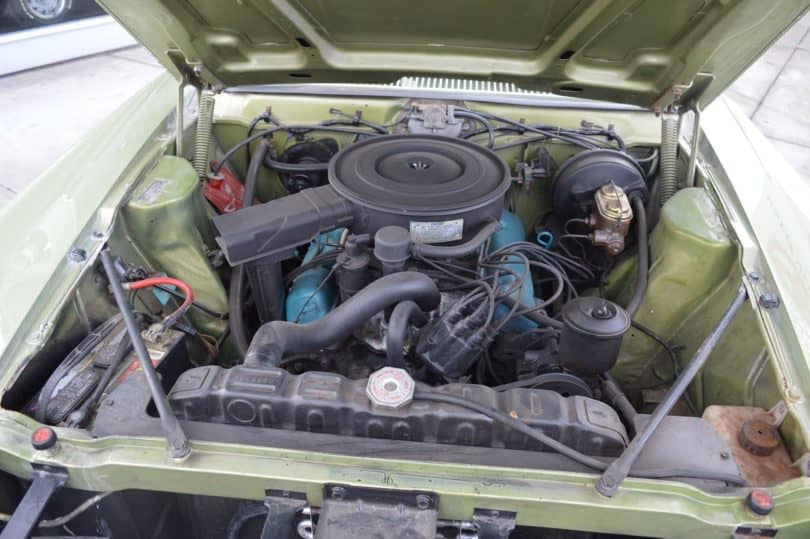 Hard To Find But Worth The Time

The 1968 Javelin was the big brother of the 1968 AMX. It was designed for those that wanted to haul kids in their sporty pony car. The Javelin was a little late to the pony car party but American Motors did a good job designing the car. The exterior was pleasing on the eye and the interior was one of the best looking of the era. The dash in particular was well ahead of its time in terms of design. Compared to Camaros and Mustangs, the Javelin is relatively rare and is sure to stand out at any muscle car gathering.