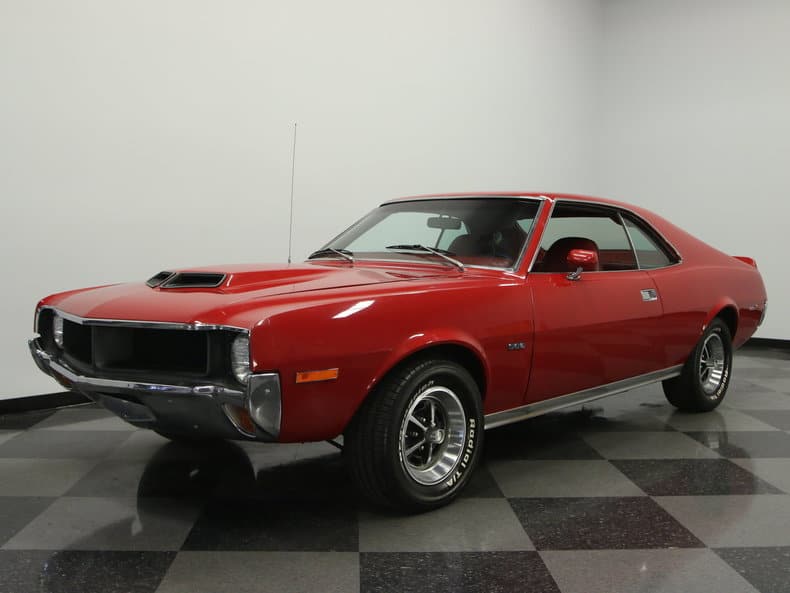 While many cars will find themselves in a holding pattern in the year model before they undergo a restyle, the 1970 Javelin had quite a few thing separating it from the previous two year models, which were very similar to each other. First was the aforementioned front end, which is the most notable visible change. The hood was extended and the headlights were built into the new grille style. This change was likely made to follow changes to nearly all other AMC models that year.

Under that lengthened hood was also a different slew of engine options than had been available in the previous two years. For the first time, buyers had an option of two 232 CID six-cylinder engines, a one-barrel version and a two-barrel version. The 1-barrel, standard in the base models, produced 145 horsepower, while the 2-barrel version added 10 horsepower to that rating. Next was an all new 304 CID V8 engine, that also came in two versions: a two-barrel and a four-barrel. Both produced 210 horsepower. After that, there were two more options, a 360 CID V8 and a 390 CID engine that produced 245 and 290 horsepower, respectively. The latter was standard in the Trans-Am models, and had increased its power (from 315 horsepower in 1969) due to new heads.

Additional changes were seen in the taillight design, which spanned the entire rear of the car with a back-up light in the middle. All three of the “Big Bad” colors introduced the previous year (Neon Brilliant Blue, Orange and Green) were back again, though this year they came with chrome bumpers instead of body-colored bumpers.

Total production of the 1970 Javelin was 30,180, which was down more than 25 percent from the previous year. The year-to-year declining sales trend is one that, unfortunately, would affect the Javelin for most of the rest of its existence.

As it had in 1969, the base Javelin saw sales slide further, and was even further behind the SST models in production. Total production of the base model for the year was 9,580, which represented a nearly 45 percent drop from the year before. The base retail price for a Javelin was $2,720.

Only 100 Trans-Am Javelins were built, and all came with a distinctive tri-color paint job, consisting of Matador Red, Frost White and Commodore Blue. They all included the aforementioned 390 V8 as well as front and rear spoilers. The cars cost $3,995.

1970 was the last year that cars weren’t required to run on unleaded fuel. Throughout the rest of the new decade, more and more emissions standards would continue to hinder the performance of cars, which contributed to the further decline of sales of the pony car class that already had been losing ground to the muscle car class.

With the exception of the restyled 1970 Barracuda, all pony cars saw production declines larger than that of the Javelin from 1969 to 1970. The Barracuda saw a surge when it was restyled to coincide with the introduction of the 1970 Dodge Challenger that year. Though both cars sold well in 1970, the year would prove to be the high point for both. 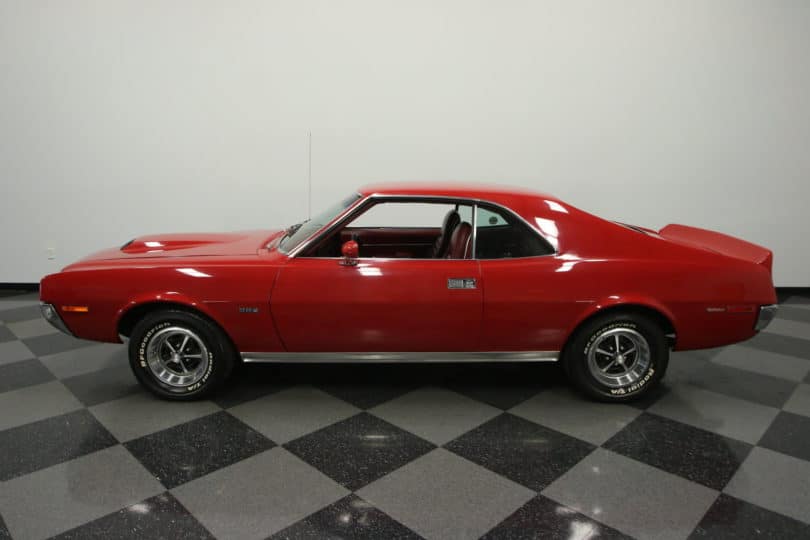 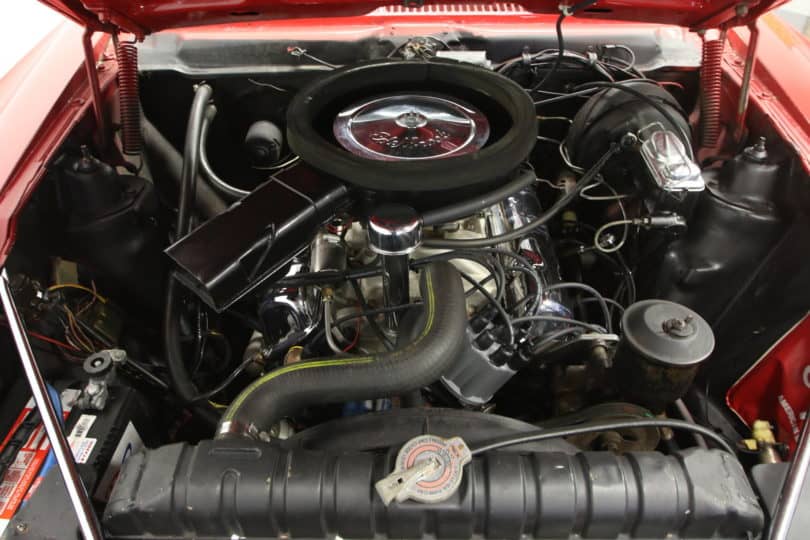 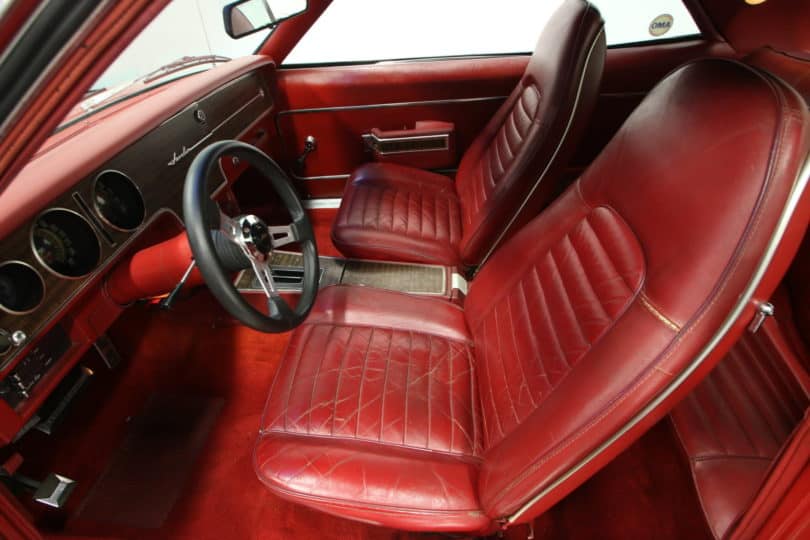 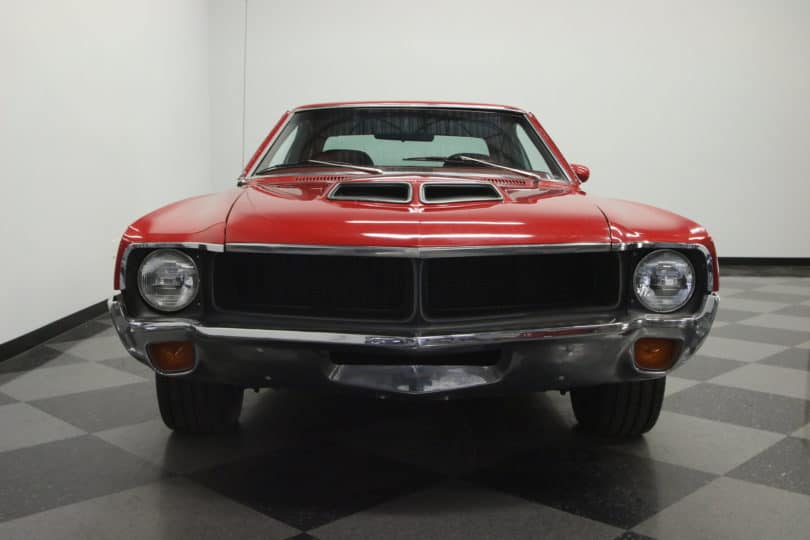 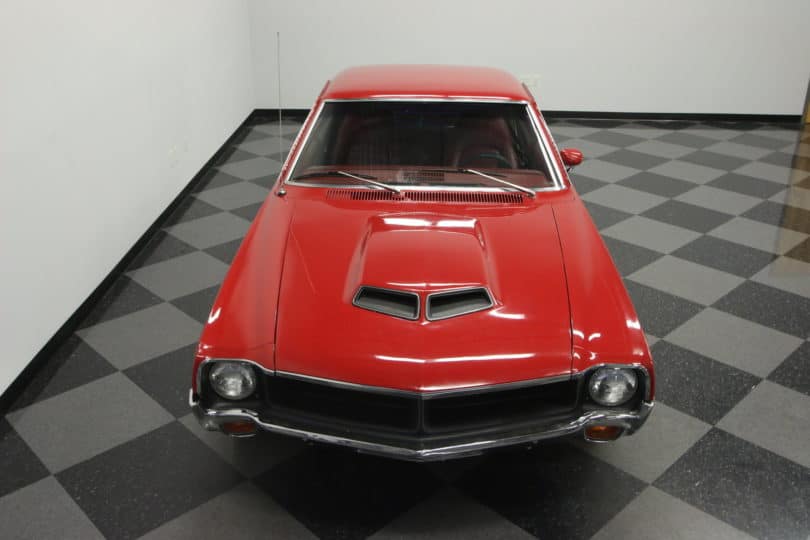 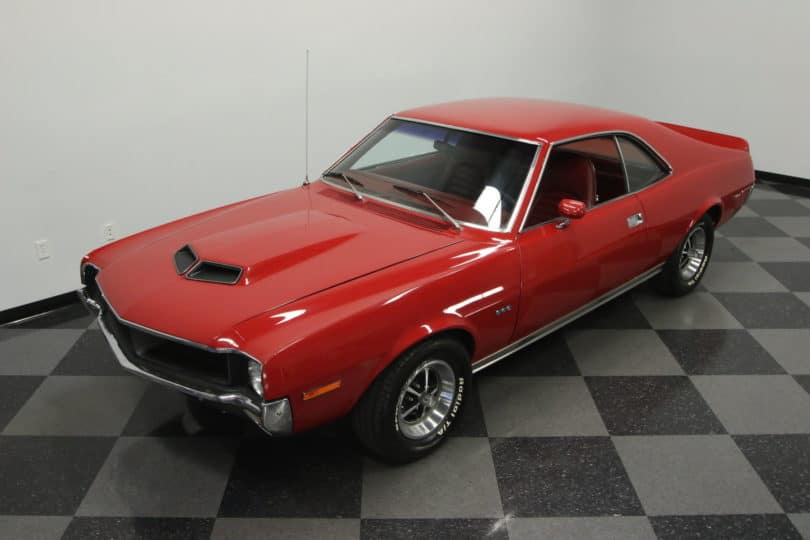 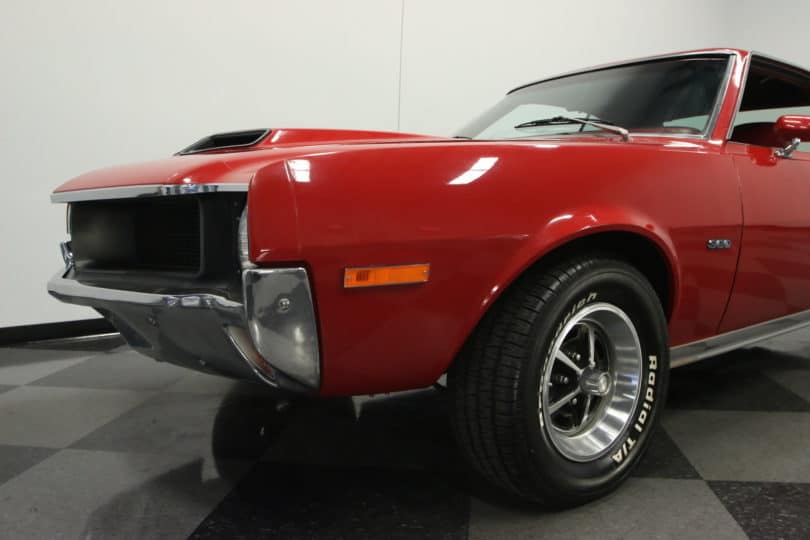 Sales Were Down But Performance Was Up

For 1970, AMC introduced the Trans Am Javelin and were able to sale 100 of those. It was one of the most powerful Javelins ever produced. Performance was very good. Looks were still good, especially if you added those awesome side pipes. Just be careful getting in and out of the car. Those things could get very hot. It’s still very usual to see more than one Javelin at a muscle car meet. These cars are just not as plentiful as one would wish.