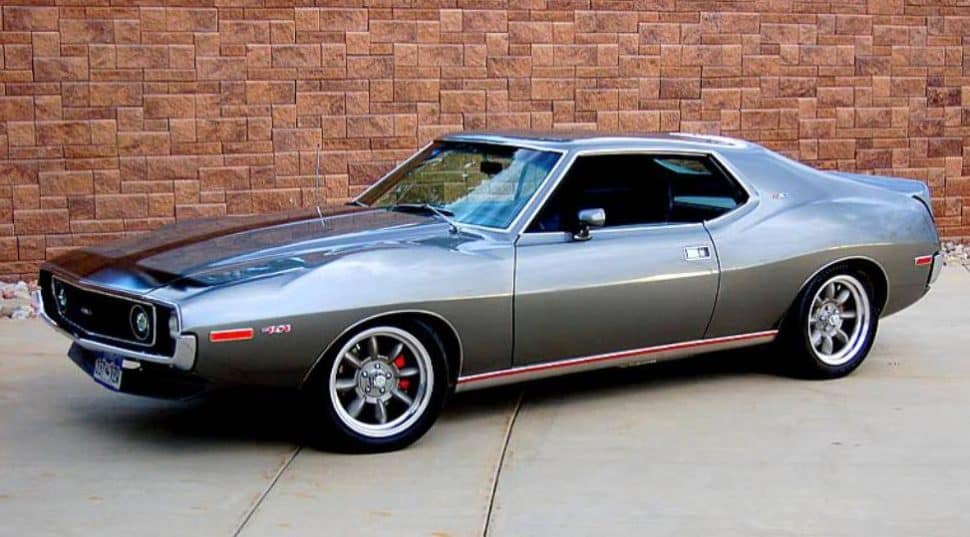 “It’s great to take the wheel and command a winner—and Javelin is a winner all the way.” 1973 Javelin sales brochure

After the redesigned second-generation Javelins were introduced in 1971, little changed about the cars from year to year until they were discontinued during the 1974 model year. Most changes that did occur were in response to ever-tightening government safety standards, and many of these changes (such as stronger doors and revised steering columns) were not visible alterations. The grille and taillights were slightly modified for the 1973 models, though the AMX grille stayed the same as it had been since 1971.

As it had been since 1971, the Javelin was available in two models, the base and the AMX. The base models came standard with a 232 CID six-cylinder engine that was rated at 100 horsepower under the new net horsepower rating requirements that were introduced in 1972. The AMX models included a 304 CID V8 that produced 150 horsepower. Like the previous year, there were three V8 engines to choose from as options. A 360 CID motor was offered as a 2-barrel or 4-barrel version, which produced 175 and 220 horsepower, respectively. The 4-barrel version increased its horsepower rating by 25 over the previous year. At the top of the heap was a 401 CID V8 that produced 255 horsepower. As had been the requirement since 1971, all engines were designed to run on unleaded gas.

Introduced the previous year, AMC continued the “Buyer Protection Plan” for all of their cars in 1973. The plan offered a 12-month or 12,000 mile warranty that covered everything except tires, and was understandably popular at a time when some car companies only offered a 90-day warranty. As the company’s advertising stated at the time, “We back them better because we build them better.”

And though the Javelin was the worst selling AMC model in 1973, it did produce a last gasp of sales, and production finally increased over the previous year. 30,902 Javelins were produced during the model year, up from 26, 184 in 1972. Though the pony car class would essentially be extinct at the end of the following year, every pony car had a sales bump during 1973.

Standard features on the AMX models not included on the base models were a sports steering wheel, slot-style wheels and a deck-mounted spoiler, which was not available at all on the base models. Production for the year was at 5,707, and the base price for the AMX was $3,191

As mentioned before, every single pony car saw a sales increase in 1973 over the previous year. Unfortunately, it was a case of being too little too late.

By this time, it was already clear that the American car-buying public already was fairly tired of the class, and rising insurance rates and the first oil crisis that occurred later in the year made sure to kill off most of the class by the end of 1974.

The Javelin would be discontinued during that model year, as would the Plymouth Barracuda and the Dodge Challenger. The Mustang was re-imagined as the Mustang II, a compact car available with a four-cylinder engine that was assuredly not a pony car. The Mercury Cougar would go the opposite direction and grow in 1974 while focusing on luxury instead of performance. By 1975, the only cars left that could be called pony cars were the Chevy Camaro and the Pontiac Firebird, which would see sales grow throughout the rest of the decade, primarily due to lack of competition. 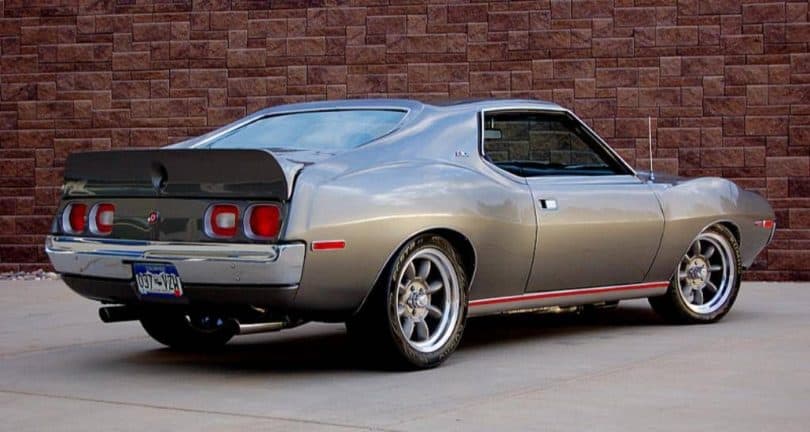 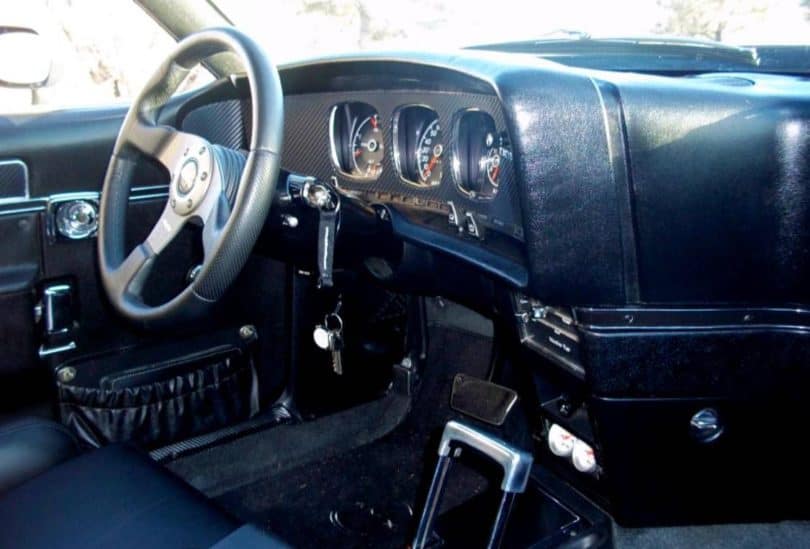 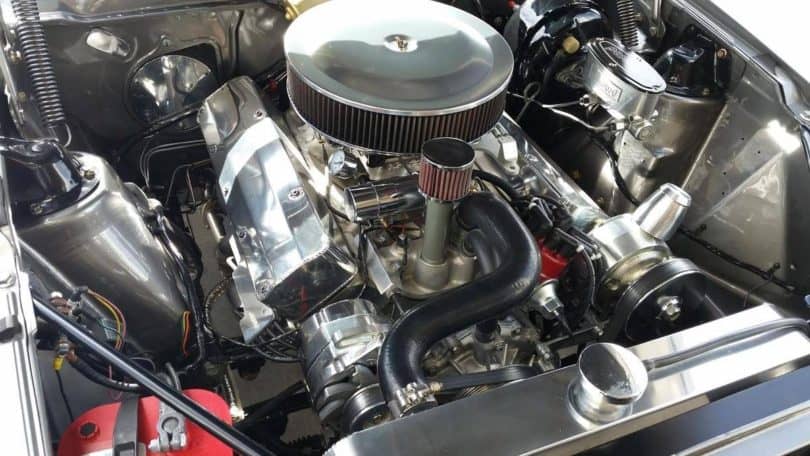 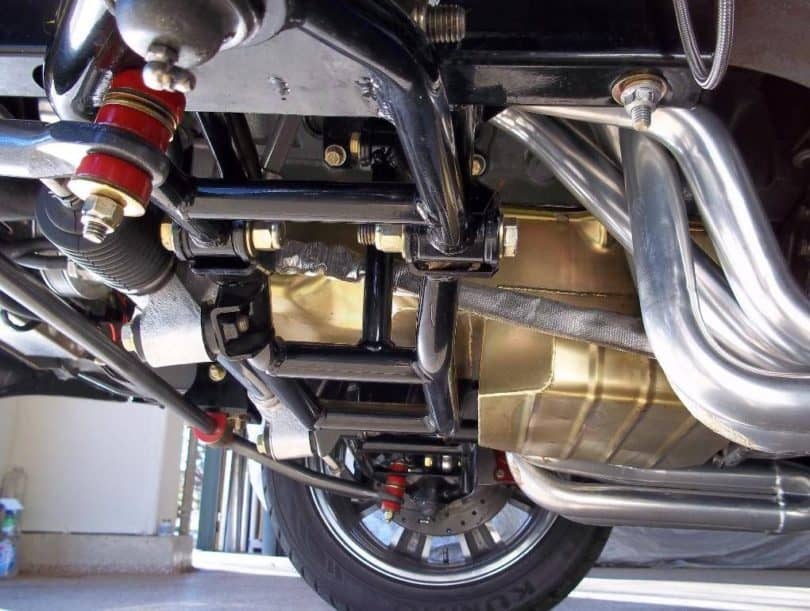 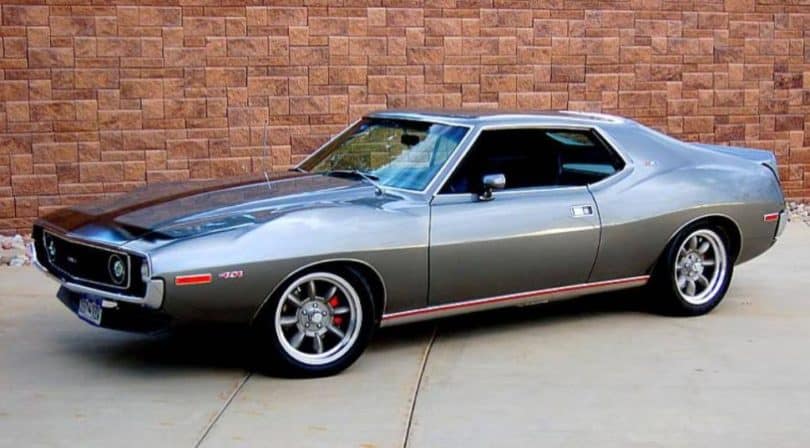 Still A Performer After All These Years

The Javelin had grown considerably larger since its introduction in 1968. However, performance remained competitive throughout the period. The only downfall was AMC’s marketing budget and the decline of demand for pony cars in particular. Finding a good quality 1973 Javelin today is a difficult task. Few were saved and replacement parts are always hard to find. For those that want to stand out in a muscle car crowd, a late model AMC Javelin may be the way to go.

I have a 1973 Javelin (360 CI). I am the second owner of this car.I did a complete restoration on the car in 2004. I love the looks,performance handling of the car. I had to buy a parts car for replac ement parts, just incase. As far as collectability, only time will tell that story.