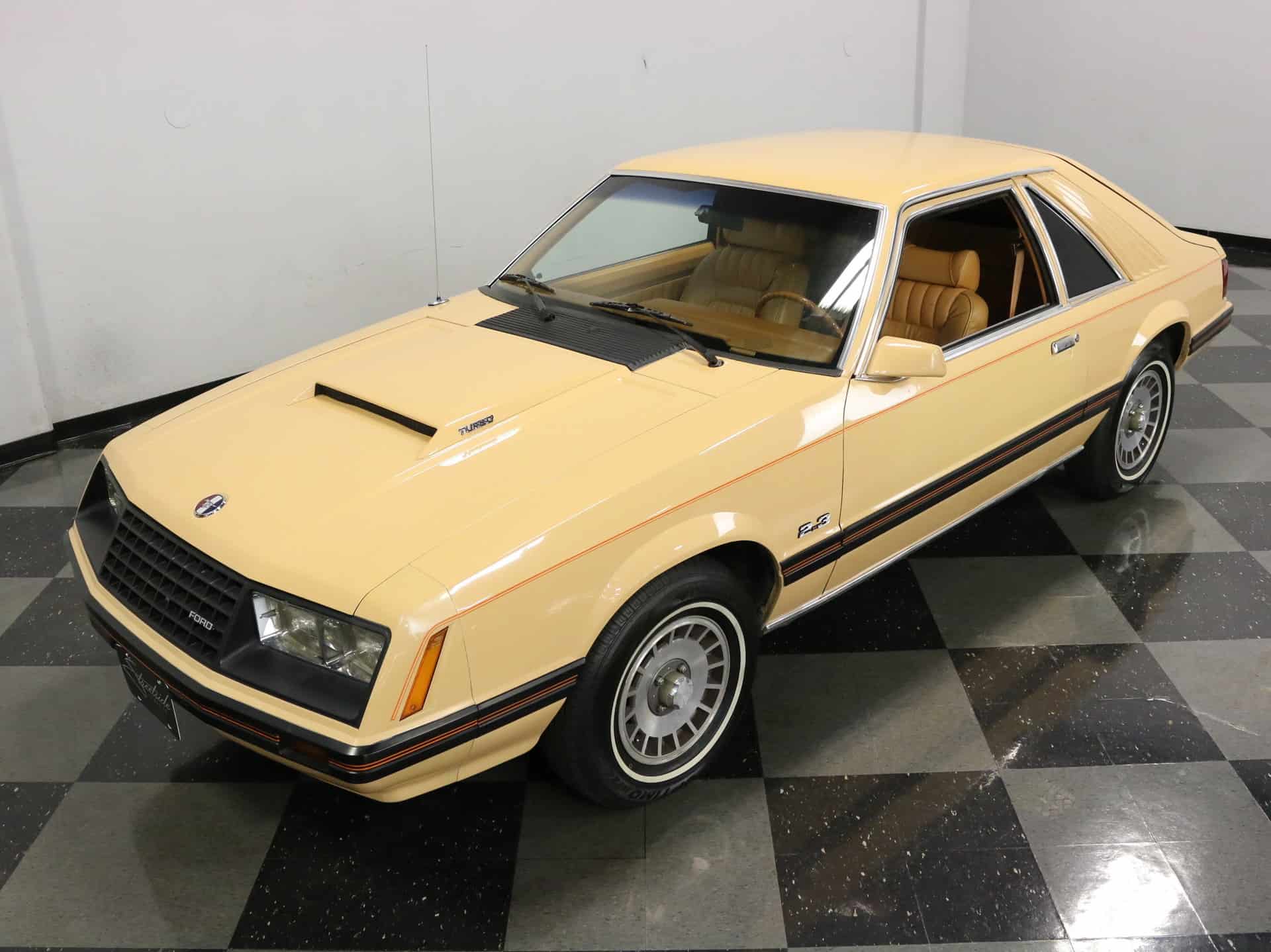 “The New Breed. Heir apparent to the throne of the specialty car kingdom founded by its namesake a scant fifteen years ago.” 1979 Mustang sales brochure

The 1979 redesign of the Mustang began with the new Ford Fox platform, first introduced in 1978 as the base for the Mercury Zephyr and the Ford Fairmont, which was the successor to the Maverick. With this platform, the Mustang was longer, taller and had a larger wheelbase than the second generation Mustang, but weighed around 200 pounds less than its predecessor.

To match the exterior redesign, the interior was completely redone as well, and improved the awkward sight lines of the second generation Mustang. Even with a smaller backseat, care was made to make the car comfortably hold four passengers, and it had a larger trunk space, as well.

Though visually the car was brand new, the Mustang started 1979 with engine options that were exactly the same as 1978 second generation model, with the exception of the new turbocharged model. But with the second oil crisis in 1979, this changed quickly.

Ford still marketed the 4.9 litre V8 as the 5.0 engine that would become famous for third generation Mustangs later in the decade and into the early 1990s. However, with the oil crisis underway, Ford issued a mid-year replacement that was a 4.2 litre V8 that was better on gas but featured a horsepower drop from 140 to 120. This change would last through the 1980 and 1981 model years. Additionally, this meant that for part of 1979, the turbocharged four-cylinder model was the top-performing Mustang.

With the new design, total production of the Mustang skyrocketed to 369,936, more than 175,000 higher than the year before. In fact, every year since 1979 has had lower Mustang production numbers.

As it had for the entire history of the Mustang, the coupe was the best selling model, with 156,666 produced—though the hatchback was seeing large increases in its percentage of Mustang production. An option package called the Exterior Accent Group was available to provide the base model with a slightly more stylish exterior trim.

With a production run of 120,535, the hatchback model saw its highest ever production numbers. The new body style complemented the hatchback style, and had the option of adding the Cobra package, which included the turbocharged four-cylinder standard and distinctive trim. Additionally, the Cobra came standard with Michelin TRX tires designed for a special suspension system on the Cobra that included heavy-duty front and rear stabilizer bars and shock valving. This feature also was offered as an option on the other cars. 17,579 Cobras were sold in 1979.

Like older Ghia’s and its predecessor the Grande, the Ghia was basically just a visual and comfort upgrade from the coupe. The 1979 model included low back bucket seats with headrests, a sport steering wheel and pin stripes. 56,351 Ghia’s were produced in 1979.

The Ghia was offered as a hatchback for the first time in 1979, and had the lowest production total of all Mustang models at 36,384. It also had the highest base price at $5,216.

By 1979, the Mustang could no longer be considered a pony car, nor had it been for some time. Even though the dimensions were closer to the original Mustang, there just wasn’t enough power in the car to compete. In fact, particularly with the new oil crisis, the only cars that could still somewhat be considered pony cars were the Chevy Camaro and Pontiac Firebird.

The Mustang was competing with other economical compact and sub-compact cars. As American car makers tried to figure out this market, their job was made harder by the growing number of import cars like the Toyota Celica, Honda Accord and Datsun Z-series, all of which competed with the Mustang. 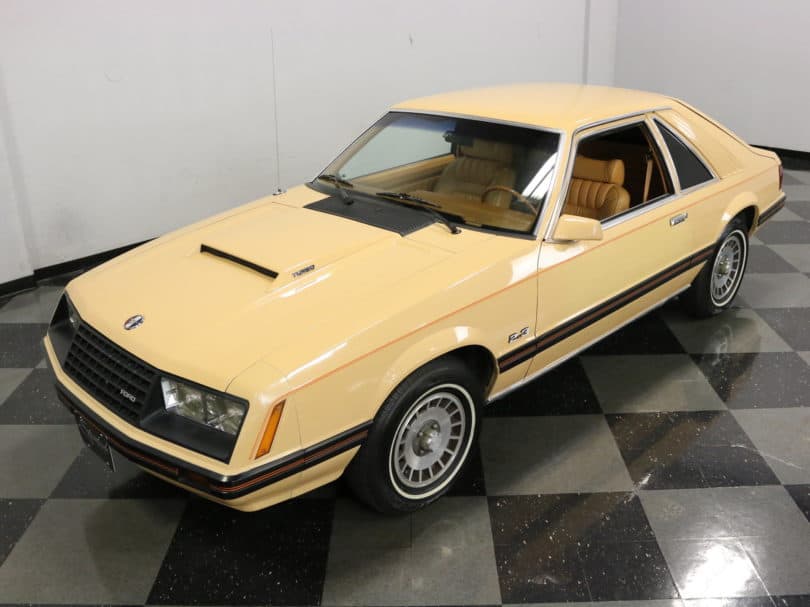 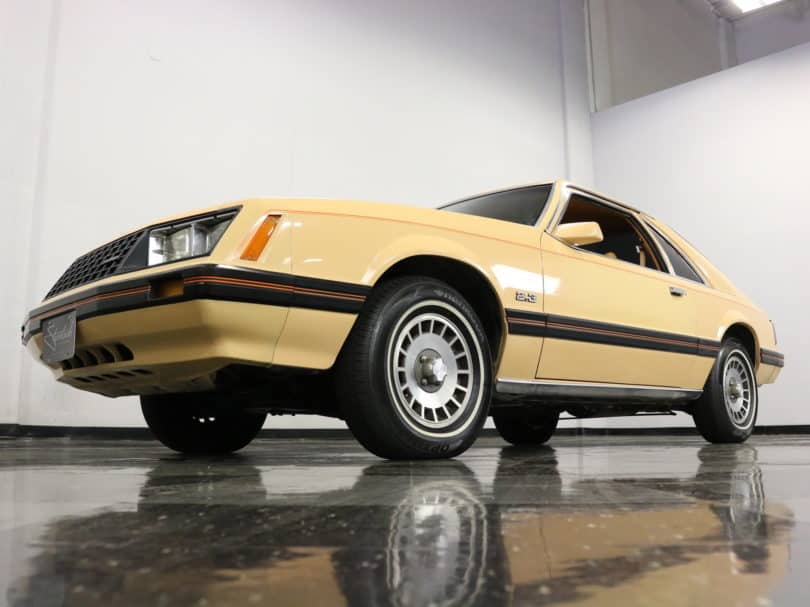 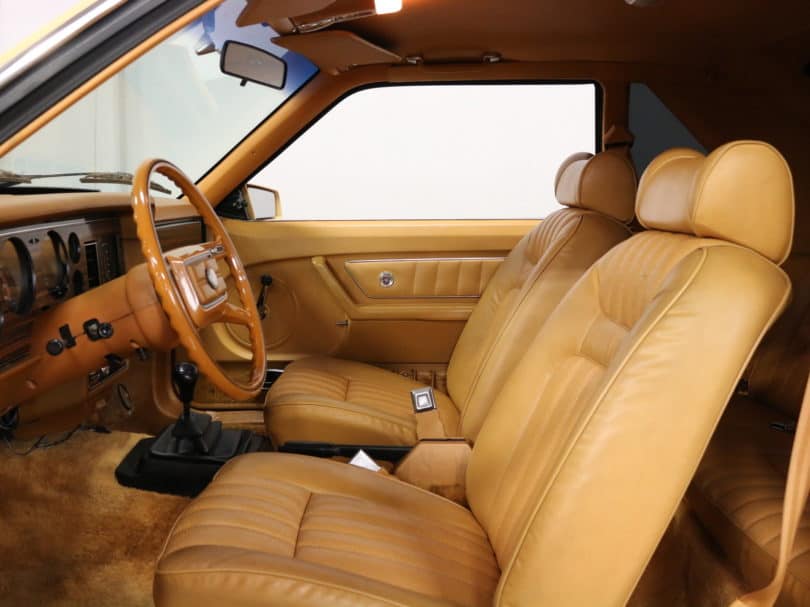 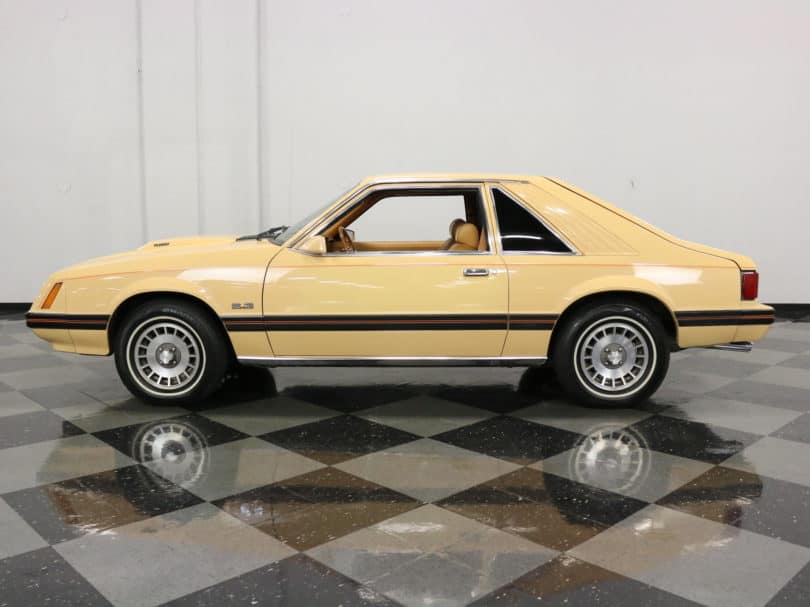 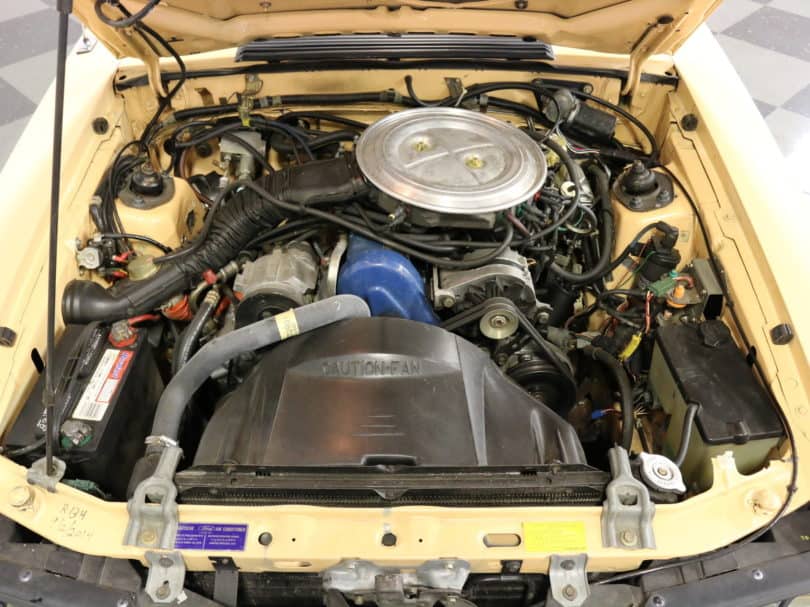 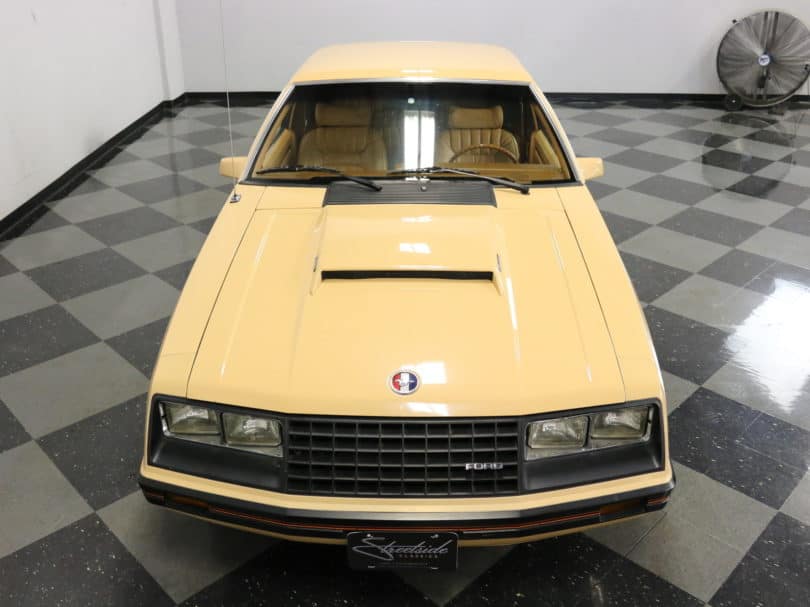