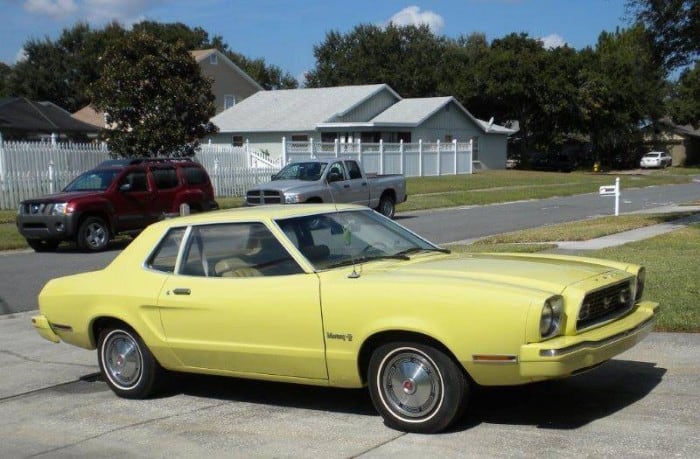 “Every once in a long while, the right new car comes along at exactly the right time. We think Mustang II is that kind of car today.” 1974 Mustang sales brochure

Introducing the second generation Mustang, the 1974 Mustang II marked the end of the Mustang as a pony car. At least at that time. Lee Iococca, who was partly responsible for the original Mustang, had become president of Ford Motor Company by 1970, and ordered the a smaller, more fuel-efficient Mustang. And that’s exactly what he got.

The new body style was a drastic 18 inches shorter than the 1973 Mustang, and the base model weighed nearly 500 pounds less than the ’73 base model. Also introduced was that new four-cylinder, 2.3 litre engine as the standard engine. Producing only 88 horsepower, the thought of a Mustang with a four-cylinder would have been unfathomable only a few years earlier. The only other engine option was the 2.8 litre, 105 horsepower V6.

Though in retrospect the Mustang II is often viewed as underpowered, the car was a huge success when it was introduced. Named “Car of the Year” by Motor Trend magazine, the car nearly tripled production from the previous year, with a total of 385,993 Mustangs built. Introduced just a couple months before the 1973 oil crisis, the Mustang was set to go head to head with the new influx of small import vehicles like the Toyota Celica.

Other changes for the Mustang for 1974 were standard rack-and-pinion steering, one-piece front end and bumper assembly (which met 1974’s new federal requirement for 5 mph bumpers) and the gas cap was moved to the rear driver’s side quarter panel from the back of the car. With a convertible not available for the first time in the Mustang’s history because of a government ban that lasted until 1983, the car was reduced to four models.

Along with the outside, the Mustang II’s interior also was completely redesigned. Now standard was wood-grain accents on the new dashboard and lower backed bucket seats with headrests. With production at 177,671, Ford produced well over 100,000 more units of the base Mustang than it had in 1973. Though size was down, prices for the Mustang II did rise, with the MSRP for the base model totaling $3,134.

The hatchback version of the Mustang, now known as a 3-Door, provided the same standard features of the coupe, along with a fold down rear seat that, according to Ford, created 27 cubic feet of storage space. 74,799 of these models were built in 1974, with a base price of $3,328.

Replacing the Grande of previous years as the “luxury Mustang,” the Ghia was a coupe with extra standard features, including a vinyl roof, dual remote controlled mirrors and pin stripes. The second best-selling model of the 1974 Mustang line, the Ghia had a production run of 89,477, and sold for $346 more than the coupe.

Keeping the Mach I name for the “sporty” Mustang, the Mach I was the only model to provide the V6 engine standard. Exterior trim models on the hatchback attempted a sportier look with black paint treatments around the bottom of the car, styled steel wheels and, of course, the Mach I logo. While having the lowest production run of 1974 at 44,046, the Mach I still outsold its 1973 counterpart by over 8,000 units.

It’s hard to compare the 1974 Mustang with the other pony cars, because the Mustang, which had started the pony car craze, effectively was no longer a pony car. Additionally, production of competitors the Dodge Challenger and the Plymouth Barracuda was ended during the 1974 production year, and the AMC Javelin was gone by the end of the year.

This left the pony car competition to the Pontiac Firebird and the Chevy Camaro, which took the opposite path of the Mustang and grew for the 1974 model year. From 1975 through the end of the 1970s, these two similar cars would remain the only models available in the pony car market, and their sales would increase with the lack of competition. 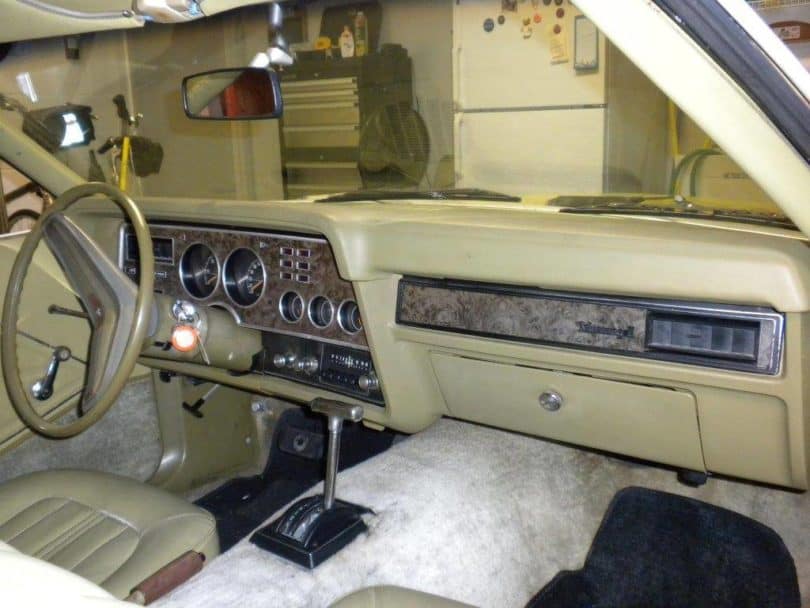 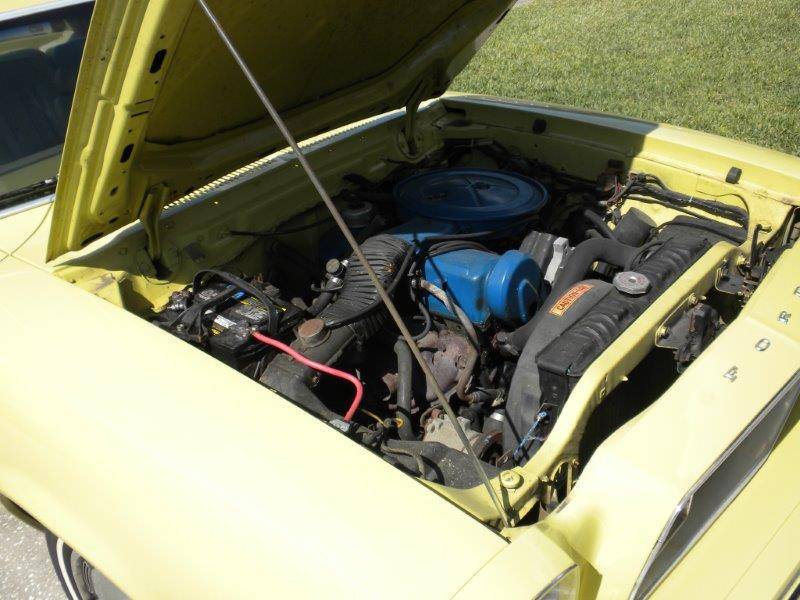 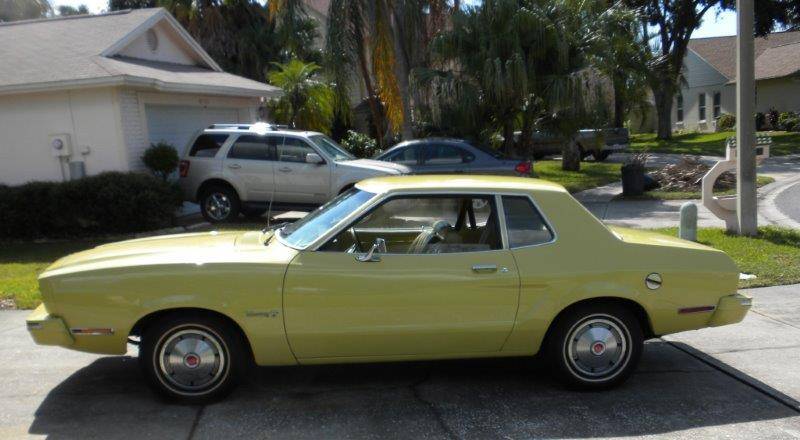 WTF, why is this piece of crap listed. Horrible