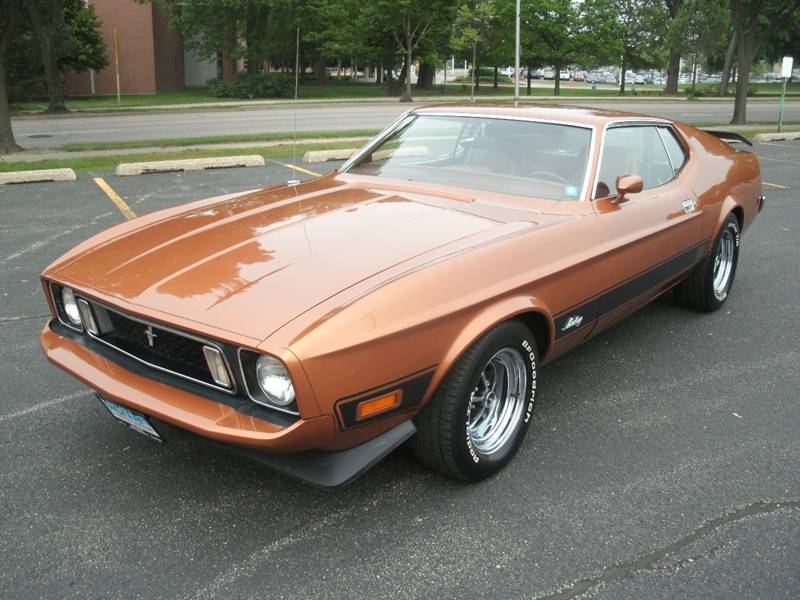 Other than the aforementioned grille redesigns, the 1973 Mustang was nearly identical to the 1972 Mustang, though the front bumper and hood and fender moldings were now color keyed to the car instead of chrome. The interior received very little changes, as well, and was still boxy and often difficult to see out of. Though total Mustang production was up for the first time since 1967, hindsight sees Ford using the year as a holding pattern as they prepare the brand new 1974 models.

As with the 1971 and ’72 models, no GT package option was available this year. The Mach I basically stood in for the GT at this point, with its exterior stripes and sport interior options.

As it had since the introduction of the Mustang nine years earlier, the 2-Door coupe had the highest production numbers of any model in 1973 with 51,480 cars produced. Still, this was down about 6,000 units from the 1972 model.

Also down, for the third year in a row, was the base fastback model, producing only 10,820—the lowest production run of any Mustang model. Like it had since 1971, the sportier and more decked out Mach I fastback option outsold the base model.

Continuing a trend that had begun in 1972, production of the convertible was up again to 11,853, higher than the base fastback model for the first time since 1966. As mentioned before, the upswing could have been due to the Mustang being the only Ford line with a convertible option that year, or that it was the last year until the early 1980s that a Mustang convertible would be offered.

The Grande had been seeing increasing production numbers since its introduction, catering to Mustang buyers who wanted a luxury feel for their sports car. Standard features on the 1973 Grande were nearly identical to the 1972 model, with wood-grain interior, Lambeth cloth and vinyl seats and special wheel coverings.

Ford produced nearly 8,000 more Mach I models in 1973 than they did the year before, with a total run of 35,440. The only Mustang model with a V-8 base engine, the most visible difference between the 1972 and ’73 model was a thinner decal stripe along the sides of the car, reducing the size of the “Mach I” decal and moving it toward the rear of the car.

Opposite of the previous three years, every make in the pony car category produced increased production numbers for the 1973 model year. Even with this change, however, the end of the pony car was very near. Mustang, the original pony car, would emerge with a redesign in 1974 that featured a smaller car offering a four -cylinder engine. By 1975, the AMC Javelin, Dodge Challenger and Plymouth Barracuda would all be gone in response to increasing fuel and safety regulations, combined with a troubled economy and gas shortage. The pony car competition would never be the same. 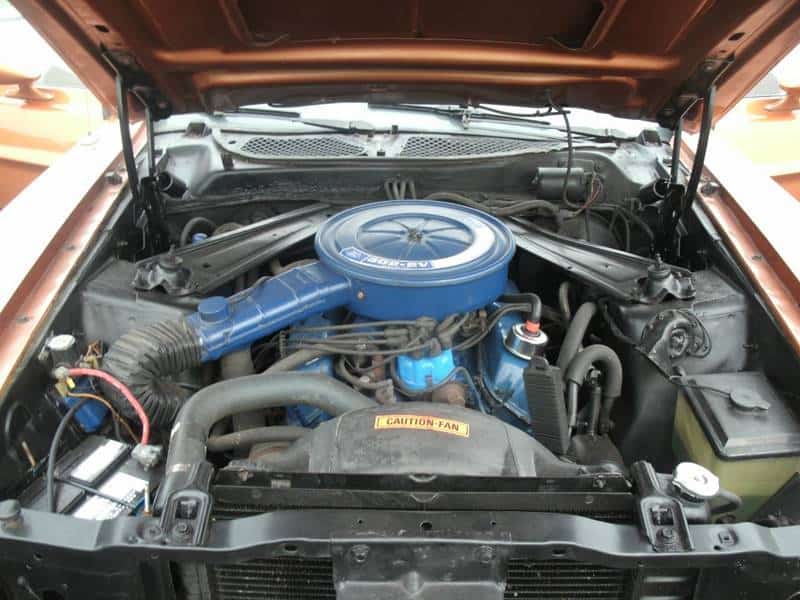 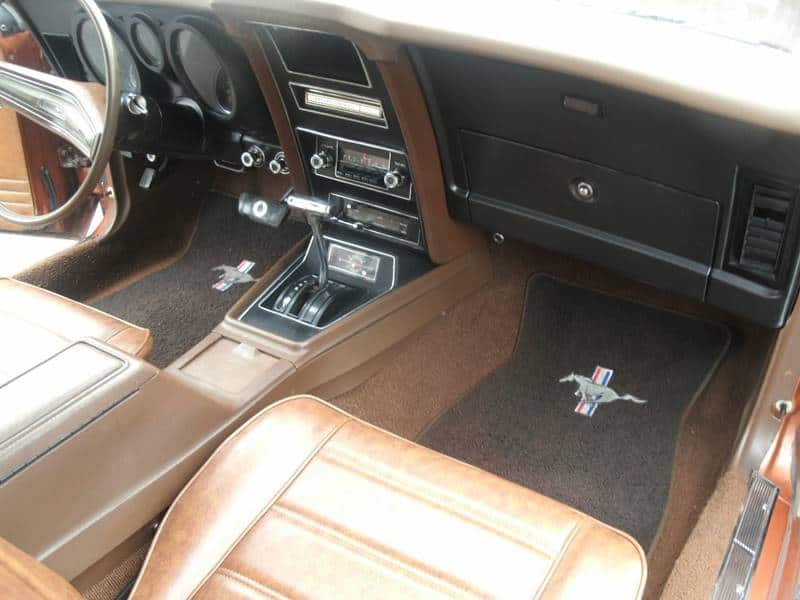 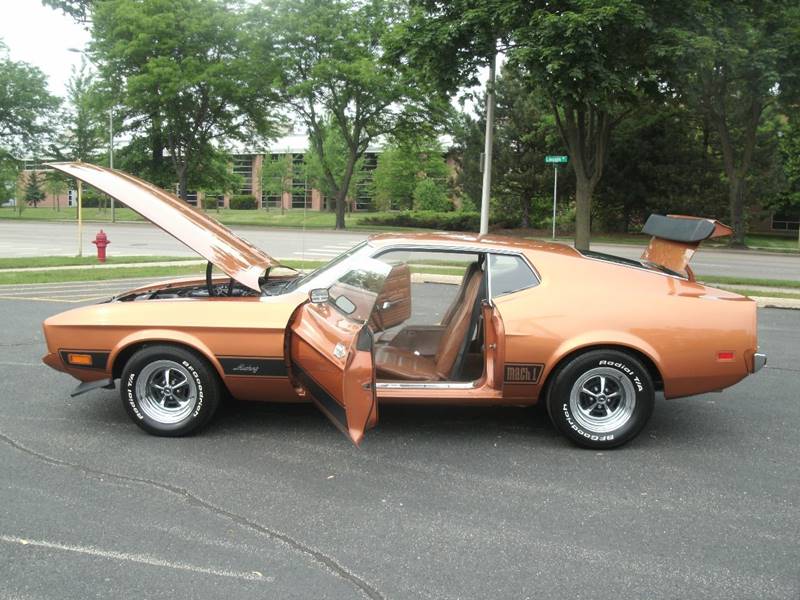 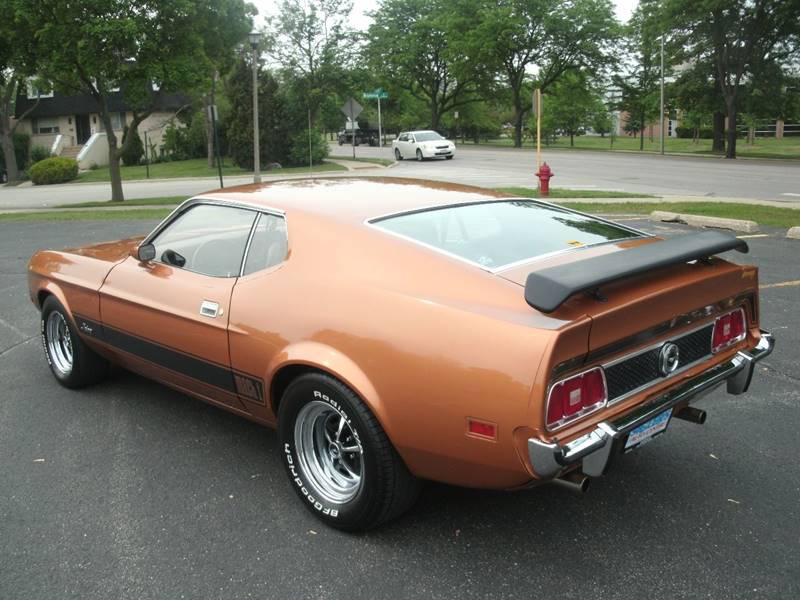 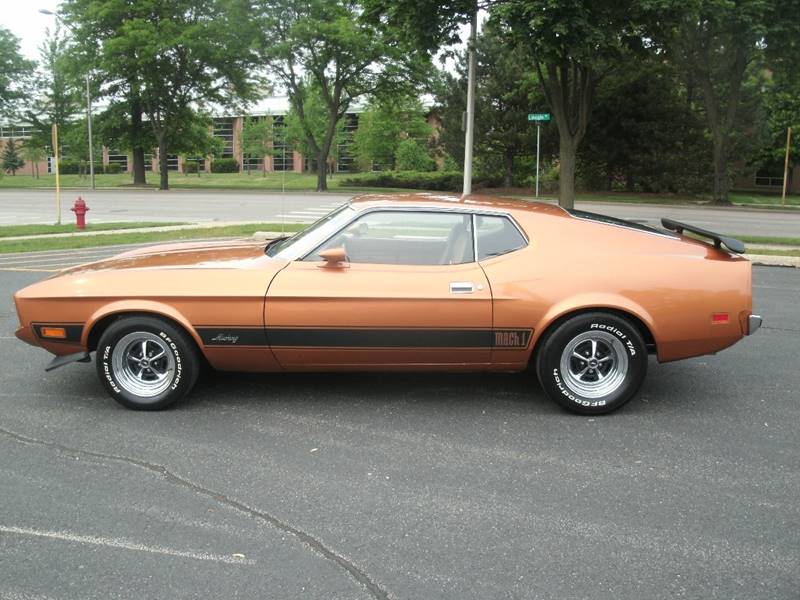 Where Did They All Go

In general these cars are not survivors. Ford sold over 130,000 of these and yet they are very hard to find. It seems that muscle car enthusiasts ignored them for the more traditional Mustangs from the early 1960’s and the classic 1969-70 Fastbacks. Regardless, the 1971-73 Mustangs have a certain appeal all their own and they deserve a look by any collector that wants to stand out from the crowd. That is if you can find one.