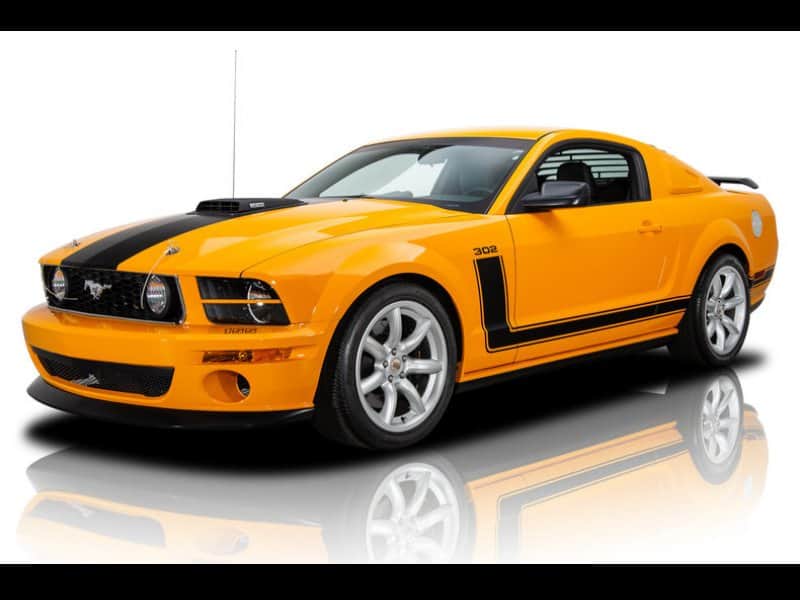 Though the actual styling or options available didn’t change much from 2006 (or 2005, for that matter), the 2007 Mustang lineup distinguished itself from the previous year model with the addition of the aforementioned new models that were available. Perhaps most exciting was the new Shelby GT500, which Ford correctly proclaimed as “by far the most powerful factory-built Mustang in Ford history.”

Created with the assistance of the Special Vehicles Team (SVT), which had produced the Cobras of the fourth-generation Mustang, the Shelby GT500 produced 480 foot-pounds of torque in addition to the 500 horsepower. The engine is a supercharged 5.4 litre dual overhead cam V8 and came with a six-speed manual transmission. Modeled after the original 1960s Shelbys, the car included three side stripes, a special spoiler and Le Mans racing stripes on top.

Otherwise, the engine options remained the same as they had since the introduction of the fifth generation Mustang in 2005. Base models included a 4.0 litre V6 engine that produced 210 horsepower, and GT models came standard with a 300 horsepower, 4.6 litre V8.

Following a great year for sales in 2006 that would turn out to be the high mark to date for the fifth-generation Mustang, production slumped some 8,000 units down to 158,180 for 2007. While sales for both the base and GT coupes were down significantly, the new Shelby’s helped make up the gap by moving nearly 11,000 units.

While the standard features remained relatively unchanged from 2006, an auxiliary mp3 input jack was included on all Mustangs and there was no longer a “base” trim package, which had been introduced in 2006. Buyers had to choose either the Deluxe or Premium trim options. Additionally, new options distinguished the 2007 year model, such as a satellite radio option and a comfort package that includes heated seats and a six-way power seat adjuster for the front seats. The base model coupe is, as per usual, the best-selling Mustang, with a production run for 2007 totaling 62,238. An additional 24,694 base convertibles were built.

In addition to the California Special GT package option offered in all 50 states, the GT is also available in Grabber Orange, which harkens back to the famous orange 1970 302 Boss Mustang. The California Package contains a revised front and rear bumper, specialized side scoops and 18-inch machined wheels. There were 46,752 GT coupes produced and 13,152 GT convertibles. GT coupes started at $25,625, while GT convertibles had a base price of $30,450.

Like all of the other models, the Shelby was available in both coupe and convertible models. There were 8,150 coupes produced and 2,694 convertibles made. The coupes cost $36,225, while the convertibles totaled $45,755.

In the 2007 Mustang sales brochure, Ford proclaims that the Mustang “helped drive the Firebird to extinction,” which happened with the discontinuation of both the Pontiac Firebird and the Chevy Camaro in 2002. Without those two competitors, the Mustang no longer had direct pony car competition.

Though imports like the Mazda RX-8 and the Nissan 350Z offered similar power numbers, both cars were smaller than the Mustang and offered less versatility of both power and practicality. Mustang had been known for both when it was introduced, and would remain essentially in a class unto itself until the reintroduction of the Dodge Challenger in 2008 (and a new Camaro in 2010). 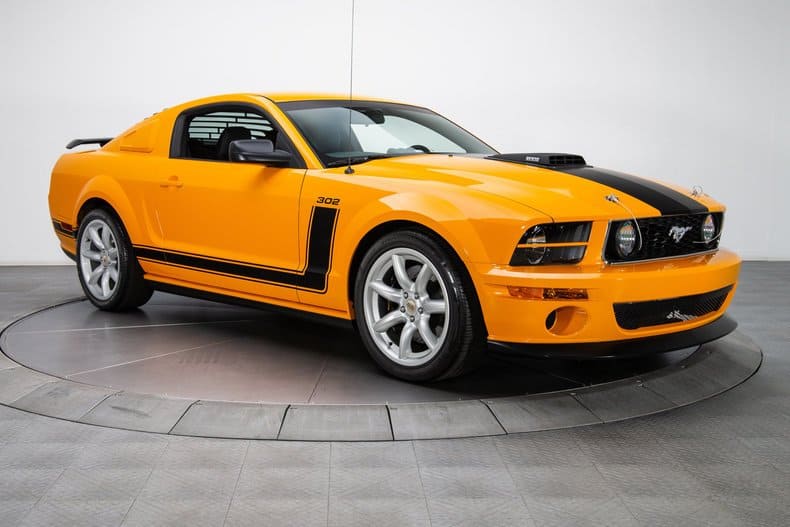 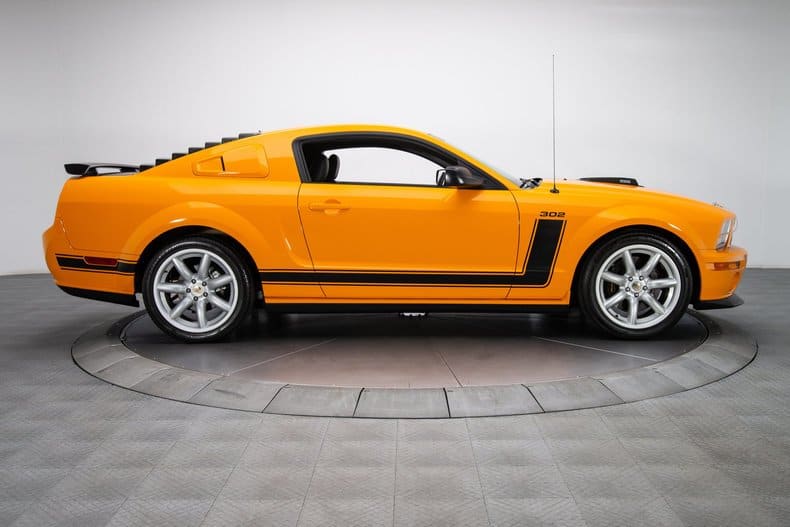 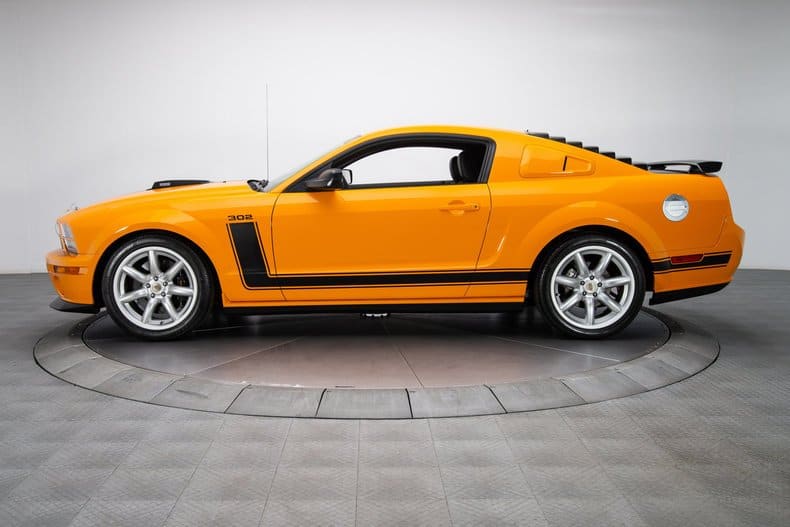 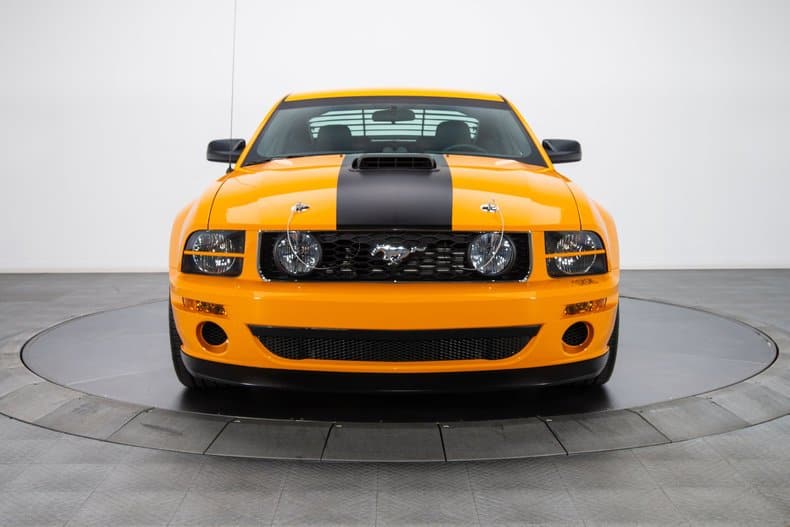 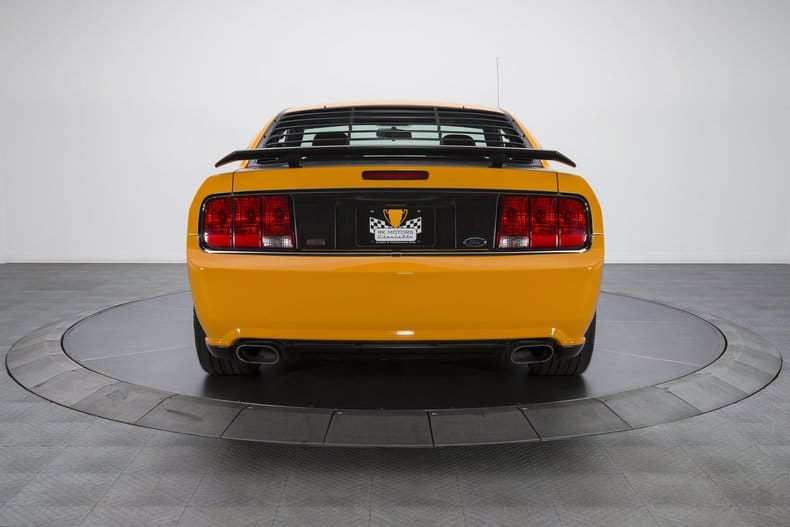 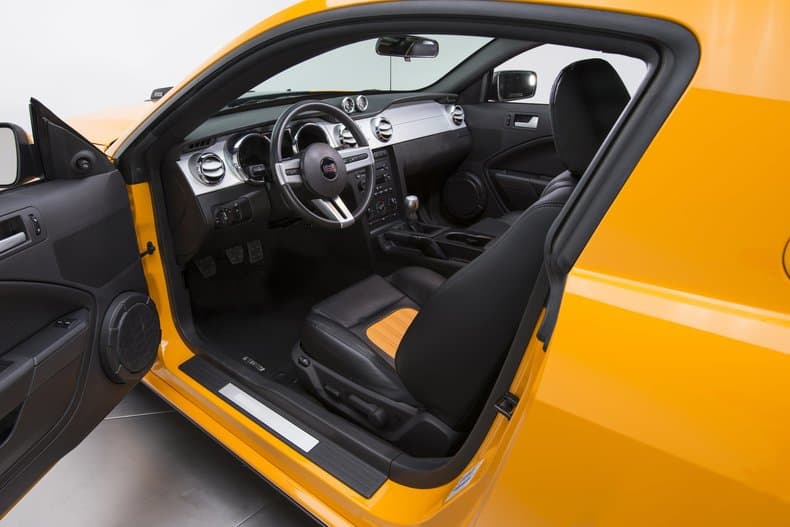 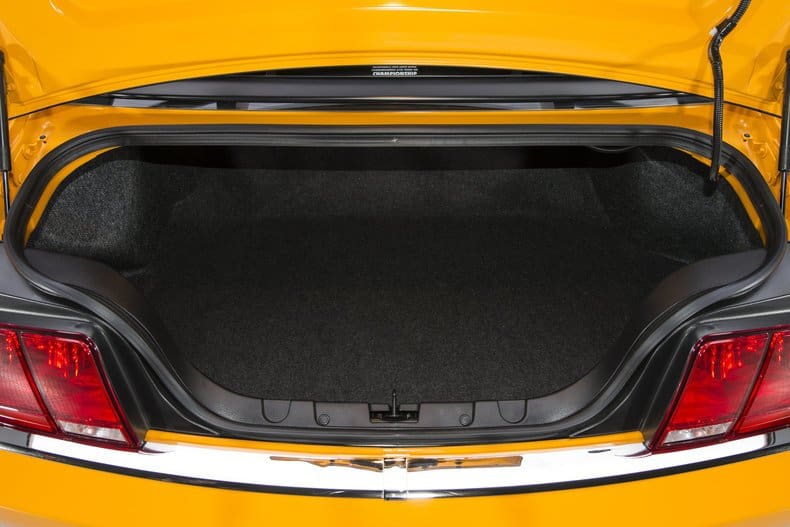 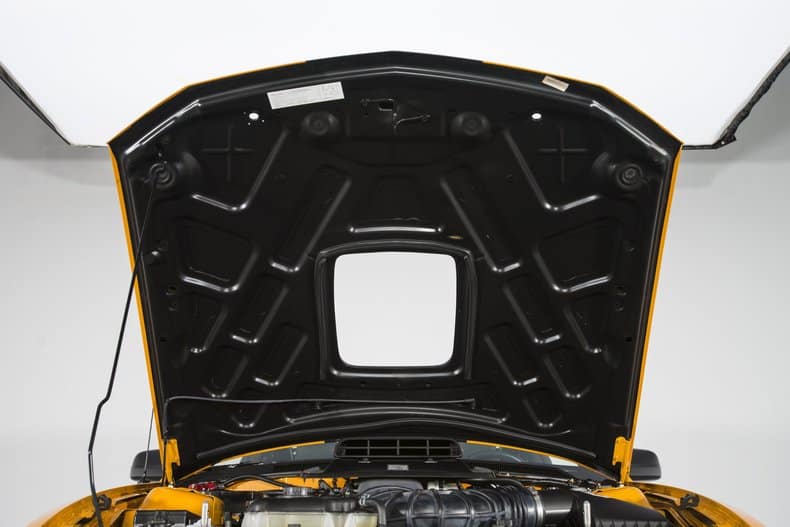 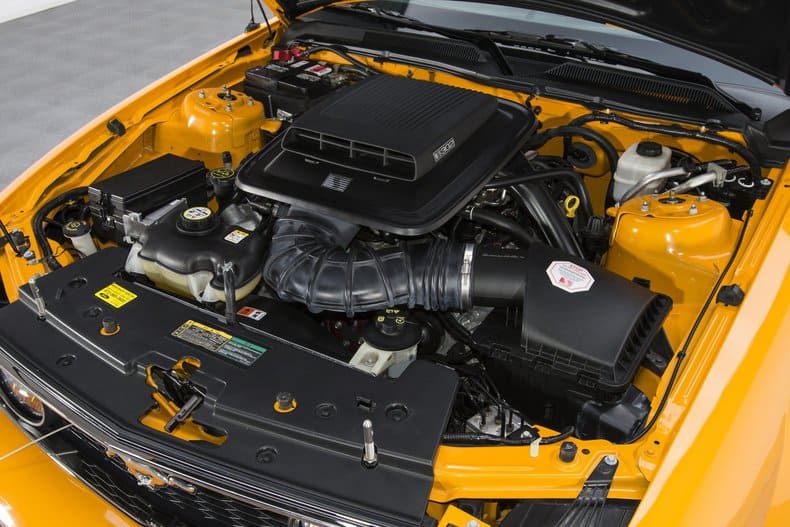 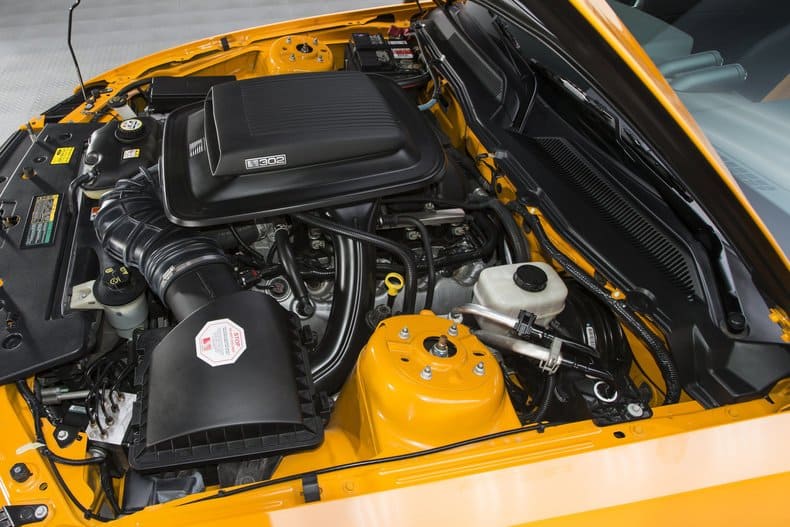 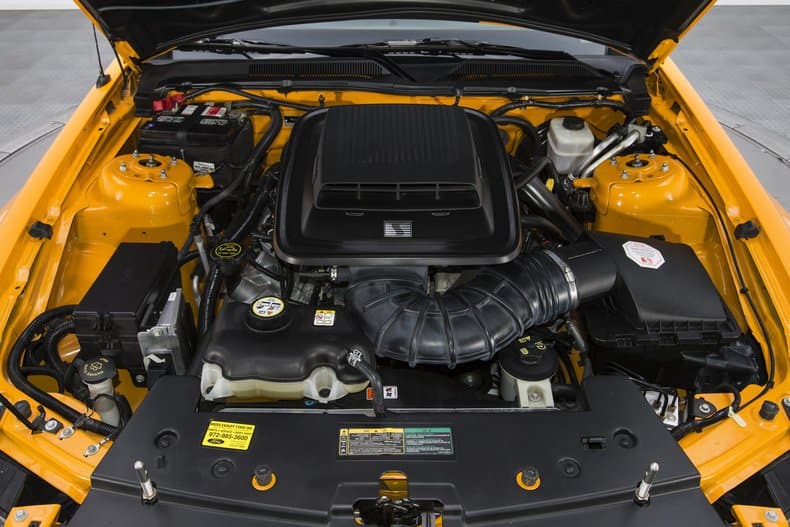