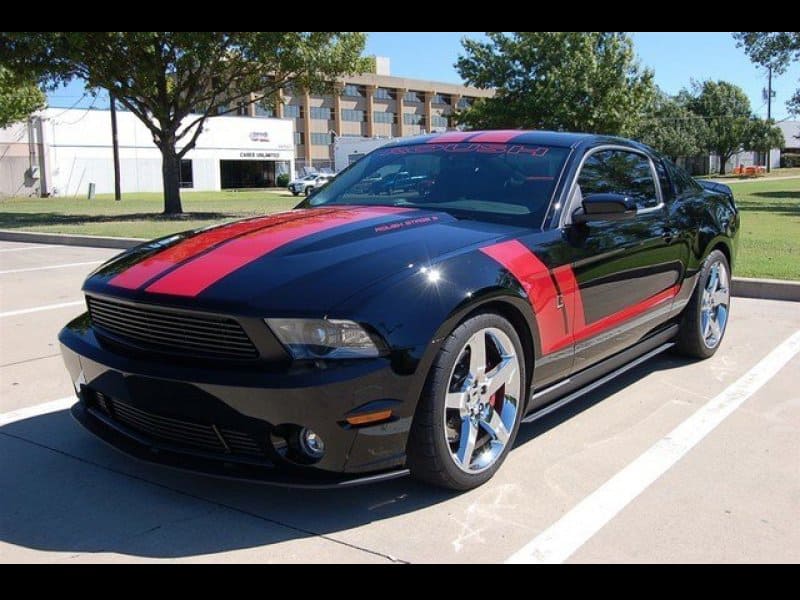 “You hear the growl, rumbling ever closer like a brewing storm. Suddenly, the new Mustang bolts into view. Your soul enticed. Your heart stolen.” 2010 Mustang Sales brochure

With the exterior changes to the Mustang in 2010, the car kept its retro styling and, with an upward and outward slanting nose, brought in a piece of the 1970 Mustang. Inside, the dash and instrument panels both were completely redesigned. While keeping the retro influence, the updated look was a welcome change from the 2005-2009 models.

One of most noticeable differences in the Mustang lineup was the absence of many models. The 2009 Mustangs were loaded with special models and trim options like the GT California Special and the Warriors in Pink trim. All of these were gone this year, as the Mustang lineup was kept relatively plain with base models and GTs available as coupes or convertibles. Fortunately, Ford did decide to continue to produce the Shelby GT500, and it was also available as a coupe or a convertible. This time around, however, horsepower had increased from 500 to 540, eliminating the need for last year’s GT500KR option (which had featured 540 horsepower).

Also striking about the car, considering the (extremely) sluggish economy it was introduced to, was the improvement in gas mileage for both the V6 and the V8. Though not drastic, the 2-3 MPG improvement in both engines (for both highway and city) was helpful considering that the term “gas guzzler” had started to be thrown around in the previous few years.

This increased gas mileage is also a welcome surprise considering that the standard 4.6 litre V8 received 15 more horsepower this year as compared to last, up to 315. The base 4.0 litre V6 was exactly the same as it had been since its introduction in 2005, producing 210 horsepower. Powering the Shelby GT500 was a supercharged 5.4 litre V8.

Total production was up slightly from the short production year the previous year, but was still at a very low 47,524. Considering, however, that this was the first production year fully in the recession, perhaps this isn’t as bad as it seems upon first glance. Production would increase fairly significantly for 2011.

The standard wheels for the base Mustang jump up to 17 inches this year and new options include a rear backup camera and voice-activated Sync system. The newly revised MPG numbers for the V6’s were 18 city/26 highway.

For 2010, the GT came standard with 19-inch wheels and much-improved ride thanks to stability control and a suspension system taken from the discontinued 2009 Bullitt Mustang. The MPG numbers for the V8 engine were 16 city/24 highway.

Other than sharing the restyling of the rest of the Mustangs, the GT500 otherwise had little changes for 2010 other than the aforementioned power boost. There were 3,545 GT500 coupes produced and 913 convertibles.

Though the new Camaro was first sold in April 2009, all were 2010 models, so this year marks the first full year that Mustang competed with both the Dodge Challenger and the Camaro. Both of the latter followed the Mustang playbook of highly retro styled cars with a variety of power options.

It has been reported that actual sales numbers for the Camaro during the 2010 calendar year (so these would obviously include 201l models) totaled 73,716 for the Mustang and 81,299 for the Camaro. The same report listed Challenger sales for the same time period as 36,791, so obviously the Mustang had something to be worried about; it now had good selling competition in the pony car class it had to itself throughout most of the 2000s. The newly introduced Camaro’s main and most obvious advantage resulted from its more powerful V6 engine. Camaro’s V6 produced 304 horsepower, making the Mustang V6’s look puny in comparison. Fortunately, Mustang would rectify this with new engine choices for 2011 that would increase power to both the V6 and the V8 options. 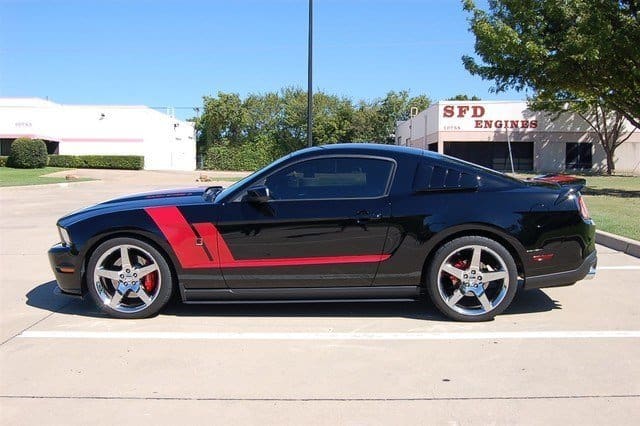 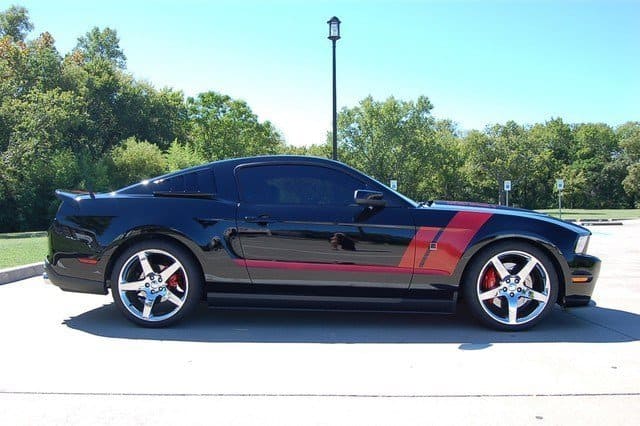 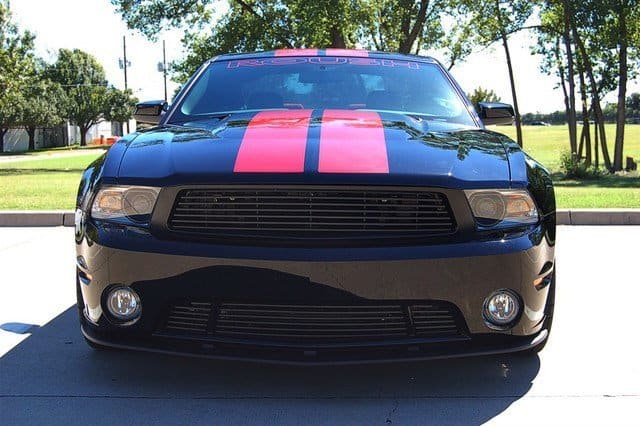 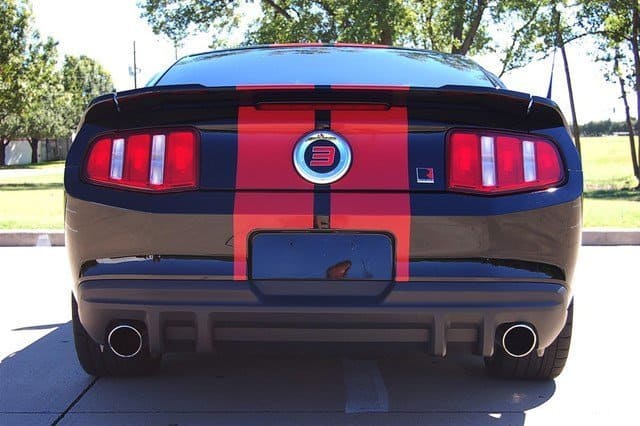 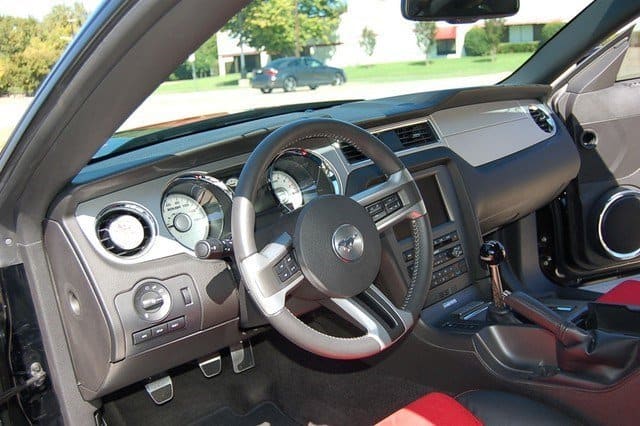 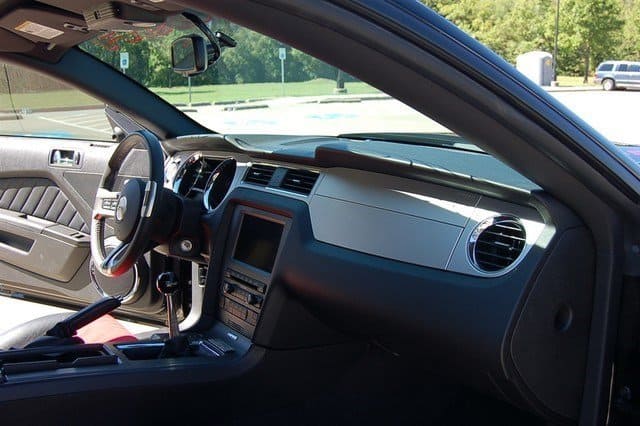 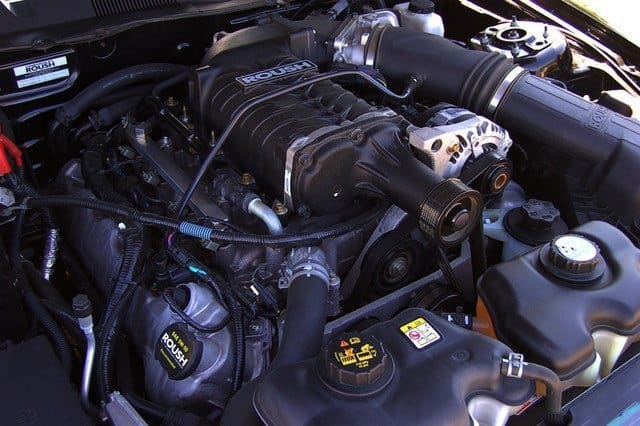