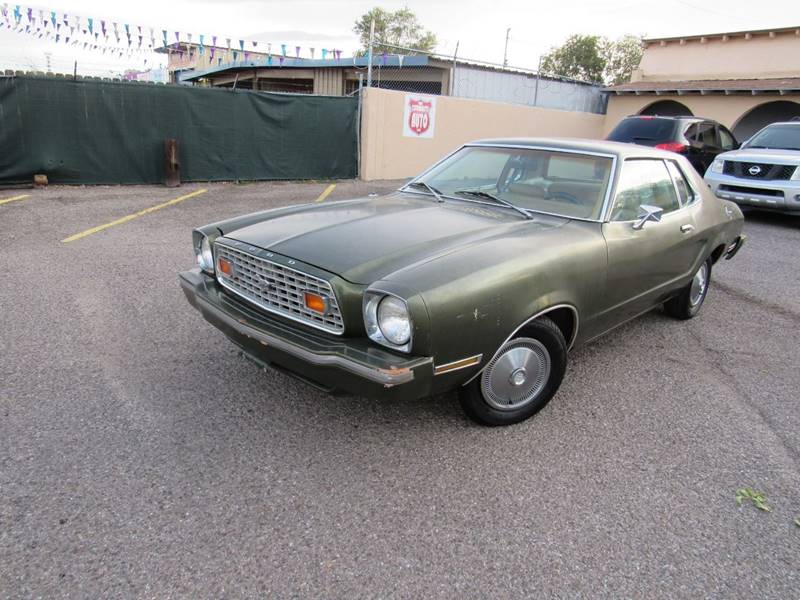 A lot changed about the Mustang in 1976, but almost all of it was visual, mostly coming in options packages available known as Stallion or Cobra. The Stallion option featured black paint around the lower portion of the body, a black grille with no Mustang emblem and an option to replace most of the chrome on the car with black paint.

While the Stallion option was available on any Mustang model excluding the Ghia, the Cobra package was only offered on the hatchbacks. With one notably driven by Farrah Fawcett in “Charlie’s Angels,” the Cobra was modeled after the early Shelby models and included wide stripes on the top and hood of the car as well as along the lower portion of the sides. Also distinctive were the quarter window louvers recalling those on the 1965-68 fastbacks, a non-functional hood scoop, the Cobra emblem replaced the Mustang emblem up front and “Cobra II” was written on the side.

All appearance options packages were available with any engine, so Cobras, formerly known for their power, could contain a four-cylinder motor. Three engine options were available, the same that were offered in 1975. Standard (in all but the Mach I) was the 140 cubic inch 2.3 liter, 88 horsepower four-cylinder, with an upgrade available to a 171 cubic inch V6 producing 105 horsepower. For the second year, a 5.0 liter, 302 cubic inch V8 was offered, which was rated at 140 horsepower. Further illustrating the public’s growing infatuation with fuel economy, the Mustang’s 1976 sales brochure was the first to include EPA estimated miles per gallon, with manual transmission four-cylinders rated at 34 mpg highway and 24 mpg city.

Total production for the Mustang line was essentially identical to the 1975 year model, at 187,567, which was almost exactly 1,000 less than the previous year.

With the exception of the aforementioned visual changes and a few new options available in addition to the options packages, very little changes marked the 1976 coupe. Even the base price held steady, dropping $4, and production totaled 78,508.

As with the coupe, the hatchback model stayed basically identical to the 1975 model in appearance, performance and price. Production, however, more than doubled, moving from 30,038 in 1975 to 62,312.

For the first time since 1970, the “luxury” version of the Mustang (first the Grande and now renamed the Ghia) saw production decreases in 1976, down to 37,515 from 52,320 in 1975. Standard features, including a half vinyl roof, distinctive rectangular “opera” windows and interior upgrades were the same as the 1975 model.

Production on the Mach I reached a new low in 1976, with only 9,232 cars built. The only Mustang with a standard V6 engine, standard features remained similar to the 1975 model, including styled steel wheels, dual remote control windows and lower bumpers. Most likely not helping sales, the Mach I was the only Mustang that did not see a price decrease from the 1975 model, up to $4,209, the most expensive base price in the Mustang line.

Obviously, the Mustang was no long in competition with other pony cars in 1976, because by then it was most definitely not a pony car. In fact, the only other cars that were still in production that could be considered pony cars were the Chevy Camaro and Pontiac Firebird, which had gotten bigger when the Mustang downsized in 1974, and so were no longer in the same category.

Closer competition was coming from the growing crop of imports from Japan, like the Toyota Celica and the new 1976 Honda Accord. Both were gaining sales each year and, with more economic and fuel shortage problems on the docket for the rest of the 1970s, would continue to strengthen their growing foothold in the market. Though not a direct Mustang competitor, the best selling car of 1976 was the mid-sized Oldsmobile Cutlass Supreme, illustrating the public’s waning interest in full-size cars. 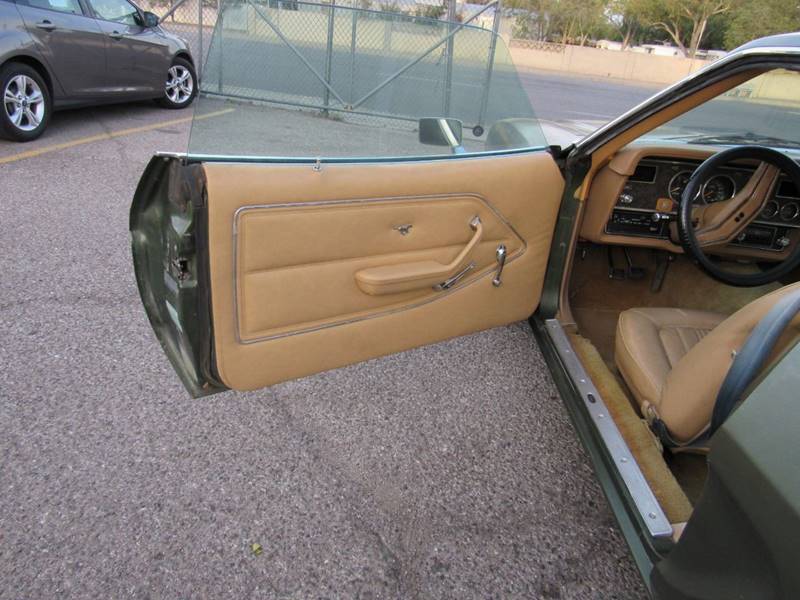 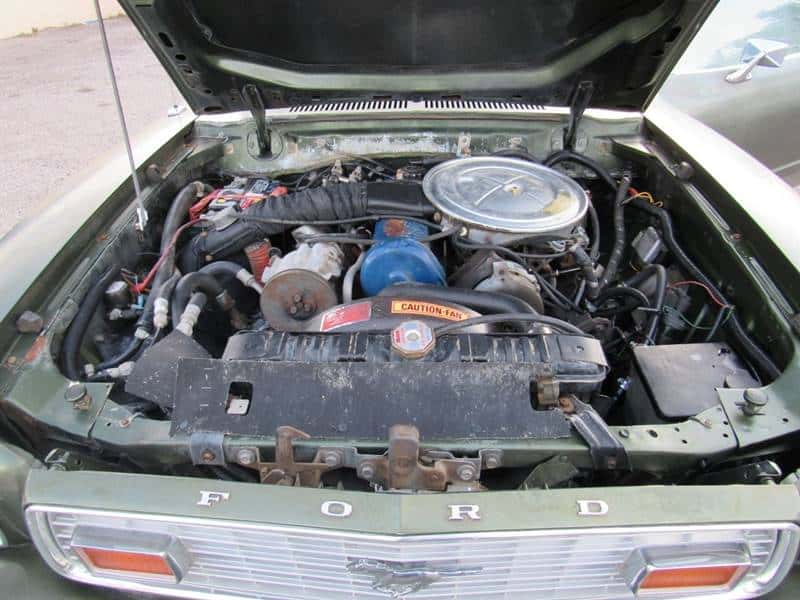 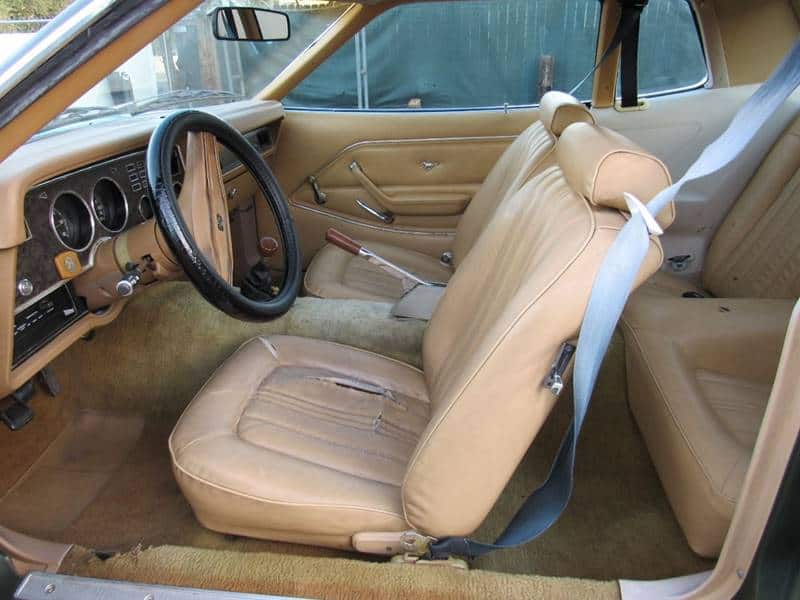 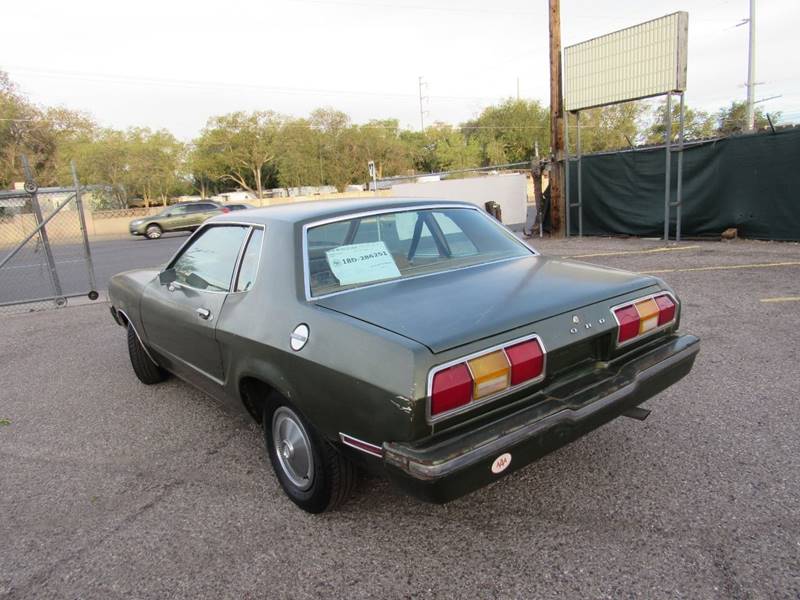 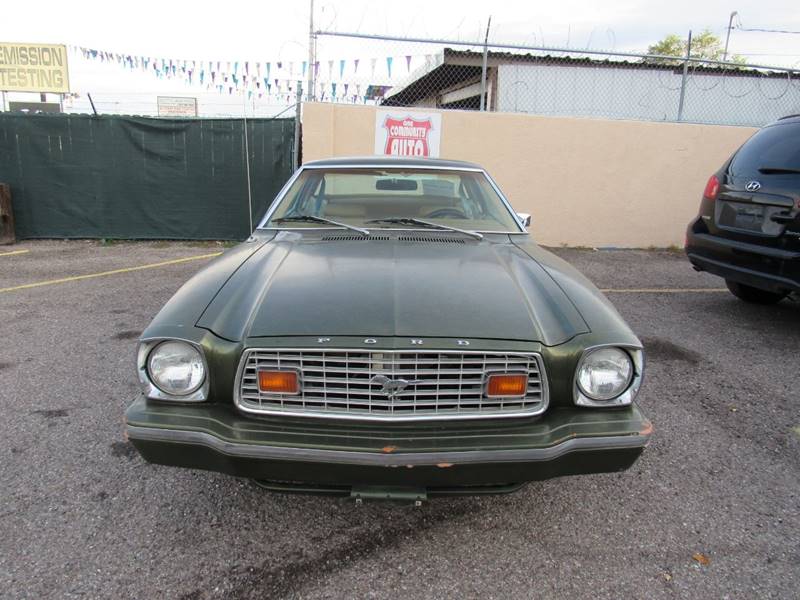