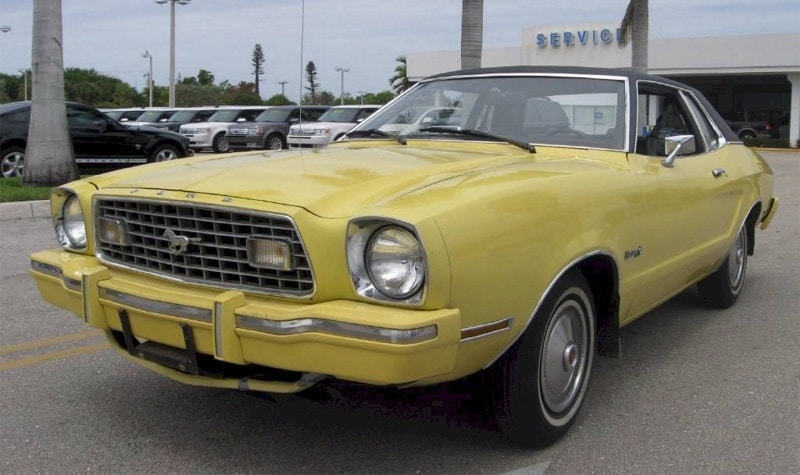 To capitalize on the success of the introduction of the 1974 Mustang II, Ford left the 1975 Mustang largely unchained. The main exterior differences were a slightly revised grille, now flush with a thinner opening panel to make room for models containing the new V-8 engine. In addition to the opera windows, the Ghia also added the Mustang’s first glass moonroof option.

The new engine option was a 302 cubic inch, 5.0 liter V-8 producing 140 horsepower, beginning the 5.0 label that Ford would capitalize on throughout the next couple of decades. Standard was the 140 cubic inch four-cylinder introduced in 1974, and an upgrade could be made to the 171 cubic inch V6, also available in 1974. These engines produced 88 and 105 horsepower, respectively.

Inside, the Mustang remained almost unchanged from 1974, and included short bucket seats with headrests, wood-grain trim on all models and, introduced later in the production year, windshield wiper controls on the turn signal lever rather than the dash. New regulations required all 1975 Mustangs to meet unleaded fuel requirements and add a catalytic converter.

The base hatchback line saw production go down to 30,038 for the 1975 model. This model included sportier, styled steel wheels and, as had become standard on the fastback and hatch back models, a fold down rear seat for additional cargo space. The hatchback had a base price of $3,818 for 1975.

Particularly with its new half-vinyl roof and rectangular opera windows, the Ghia was presented to look like a luxury car with the small size of a Mustang. In addition to the aforementioned features, the exterior of the Ghia included deluxe spoke style wheel covers, dual paint stripes and dual remote control mirrors. Inside, there was shag carpet, a standard console, and the seats were available in Westminster cloth or all vinyl. With production totaling 52,320, the Ghia had a base price of $3,938

Ford tried to market the Mach I to admirers of past Mustangs, while keeping in line with the economical concerns of the times. “Look at Mach I’s racy lines and you might never guess its budget-stretching ways,” was how they put it in the manual. The only model to come standard with the V6 motor, the Mach I featured an exclusive trim option featuring a black painted strip along the lower part of the car. As the aforementioned only model with a base price over $4,000, the Mach I sold for $4,188 and had a production run of 21,062.

In 1975, the only cars that could still be considered pony cars were the Chevy Camaro and the Pontiac Firebird. The AMC Javelin, Dodge Challenger and Plymouth Barracuda all had ended their initial runs before the 1975 model-year. The Mustang, with its far smaller styling geared for fuel economy, was gearing up to take on the influx of small import cars that would be flooding the American driving market in the years to come. 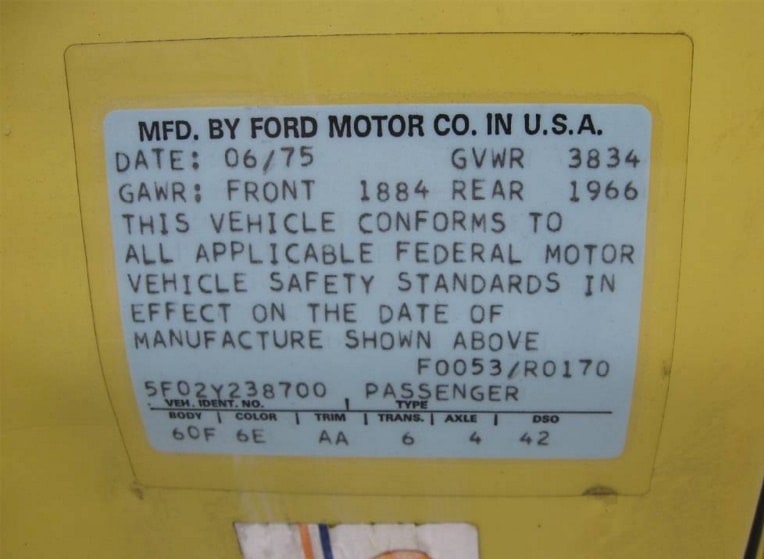 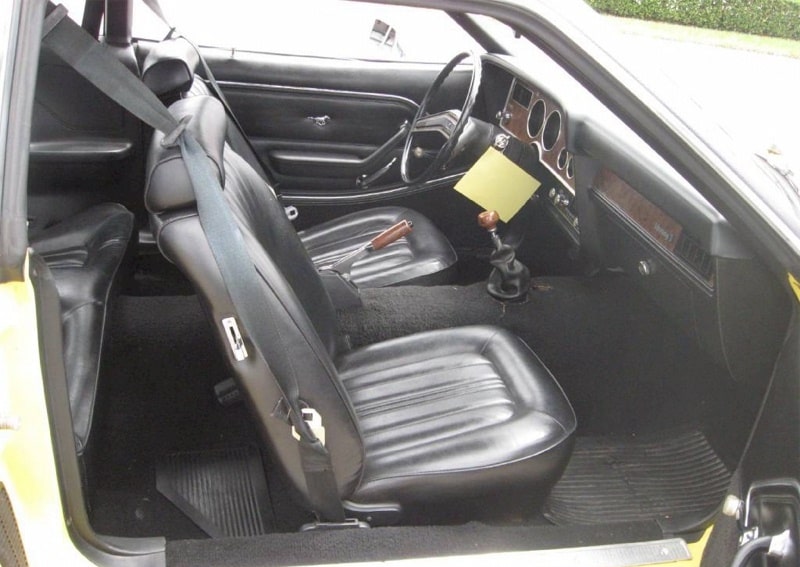 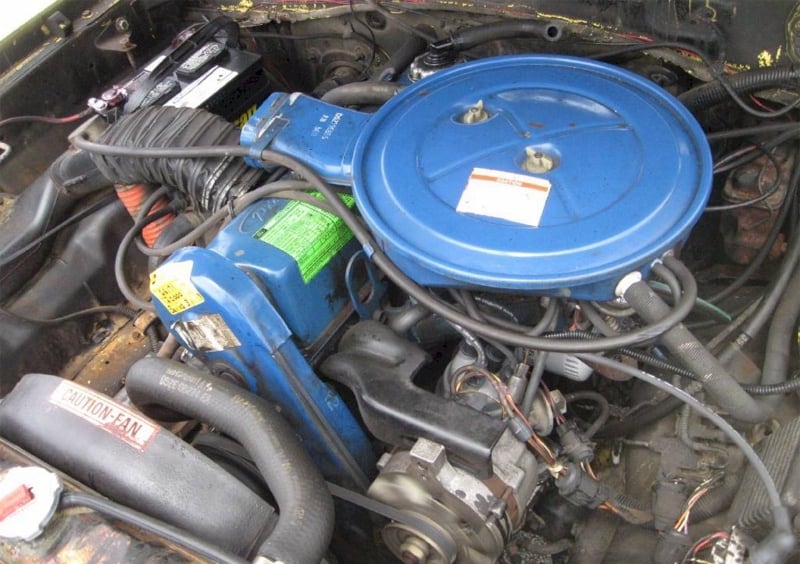 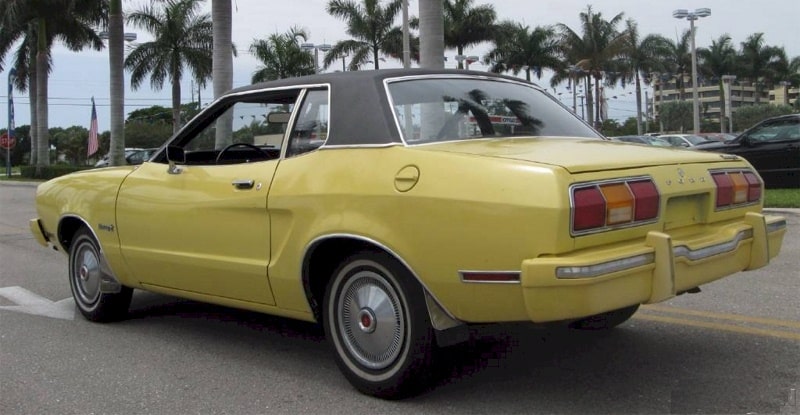 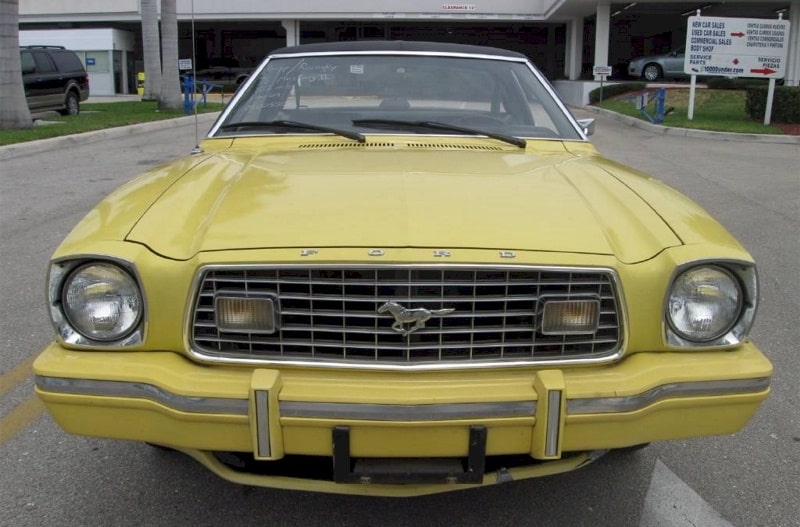 Although it is hard to image today, this was a hot car in 1975. Mustang and muscle car purest may have felt betrayed with the introduction of this generation of Mustangs but times had changed radically in the early 1970’s. Power was out and fuel economy was in. Ford’s decision to go economy was the right one if sales are the main consideration because sales increased considerably. Today’s Mustangs can offer astounding performance and decent fuel economy at the same time. But in 1975 having both fuel economy and great performance was only a dream.