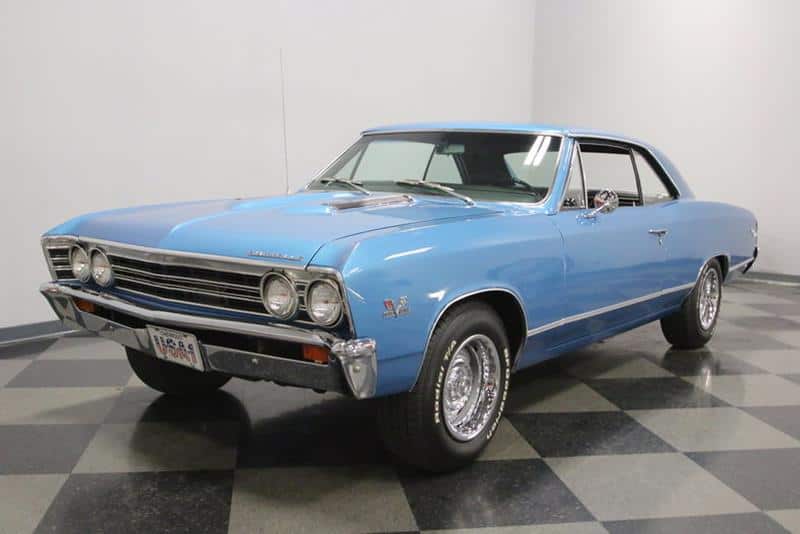 “What you’ll see inside will probably bring on a severe compulsion to go driving. (If so, consider yourself a healthy, discriminating motorist.)” Front cover of the 1967 Chevelle brochure

Other than the introduction of the Camaro, which sold very well as it competed alongside other pony cars like the Ford Mustang, Chevrolet saw a sales slump in all other models. The Chevelle was no exception, with production dropping below 400,000, with a total of 369,100 cars produced.

New features also included the availability of a vinyl top available in black or beige, as opposed to the black, blue and white options available for convertibles.

Both of these models stayed fairly consistent from 1966, offering the same models and accounting for the lowest prices of the Chevelle line. The 300 consisted of only two models, the 2-door and 4-door sedans. The 300 DeLuxe offered the least expensive wagon of the Chevelle line, in addition to the same sedan models offered by the 300 line. As with previous years, the DeLuxe featured a standard upgraded interior over the 300 models, as well as chrome exterior trim.

As with previous years (and for the remainder of the Chevelle’s existence), the Malibu was the best-selling of the Chevelle series, accounting for over 60 percent of Chevelle sales with 227,800 Malibu’s sold. As with all years of Chevelle production, the Malibu provided buyers with the most extensive model options: the 4-Door sport sedan, 2-door sport coupe, convertible, 4-door sedan and 2-seat station wagon. With the introduction of the new Concours, the Malibu wagon, the top-of-the-line Chevelle wagon in previous years, became the line’s mid-range wagon.

New for 1967, the Concours was just an upgraded form of the Malibu wagon that most visibly distinguished itself with woodgrain sides. Inside, the Concours featured a high-end textured vinyl interior for both the seats and the side panels.

1967 saw the high-end Chevelle SS 396 take a step back in terms of performance. Not only was the 375 horsepower L78 engine not existent in the lineup, but the most powerful option, the L34 dropped to 350 horsepower from 360. This was the result of a new General Motors rule governing the horsepower allowances for all cars other than the Corvette.

Still standard in the SS 396 was the 325 horsepower version of the 396 cubic inch engine. Though no factory models contained the 375 horsepower L78 engine, a few dealers installed the engines, resulting in 612 cars including the high performance engine.

Chevrolet lost some ground to its muscle car competitors with the power reductions in its SS 396 line for 1967. The Pontiac GTO was still producing a stock car with 360 horsepower and the Dodge Charger’s top model produced 375 horsepower. As a muscle car, the Chevelle’s best days were to come, with the 1967 model year seeing a slump in performance.

The Chevelle was completely redesigned for 1968. The flying buttress roof line of the previous year was replaced by a fastback style. Although the 1968 Chevelle appeared smaller than the 1967 Chevelle it was actually longer, higher and heavier. The redesigned Chevelle was a hit with the public and the car set a new all-time high record of 417,844 units sold in 1968. 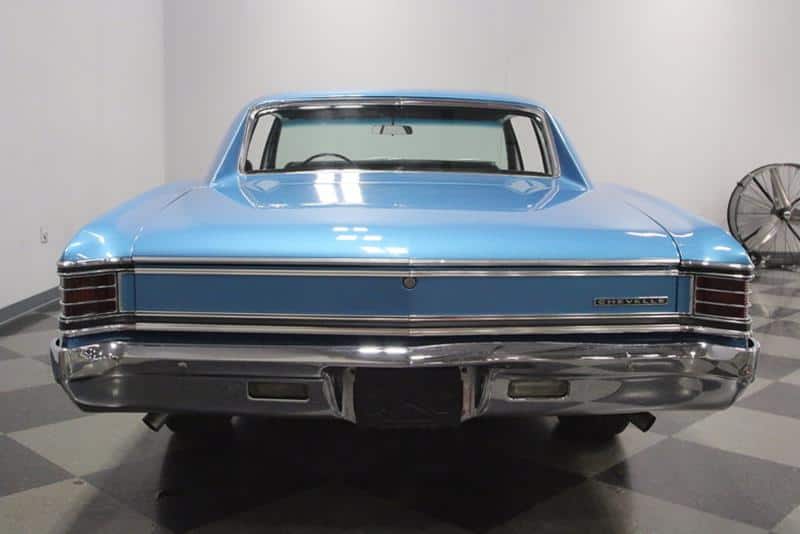 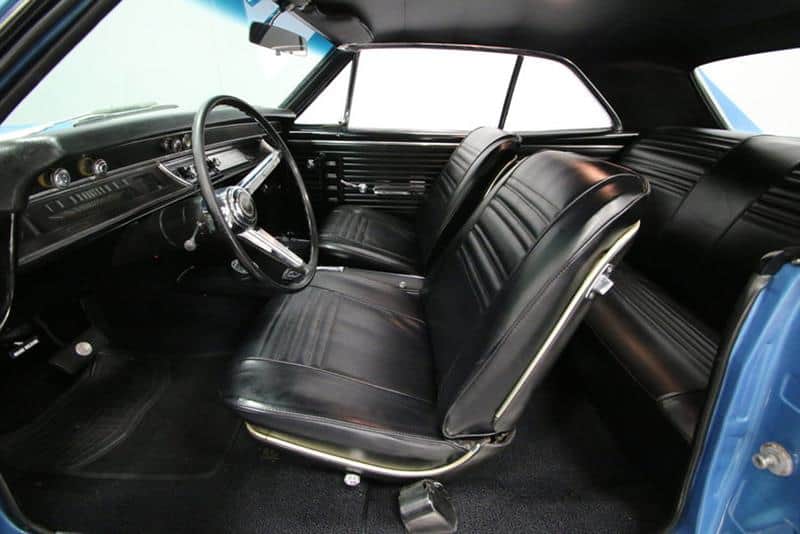 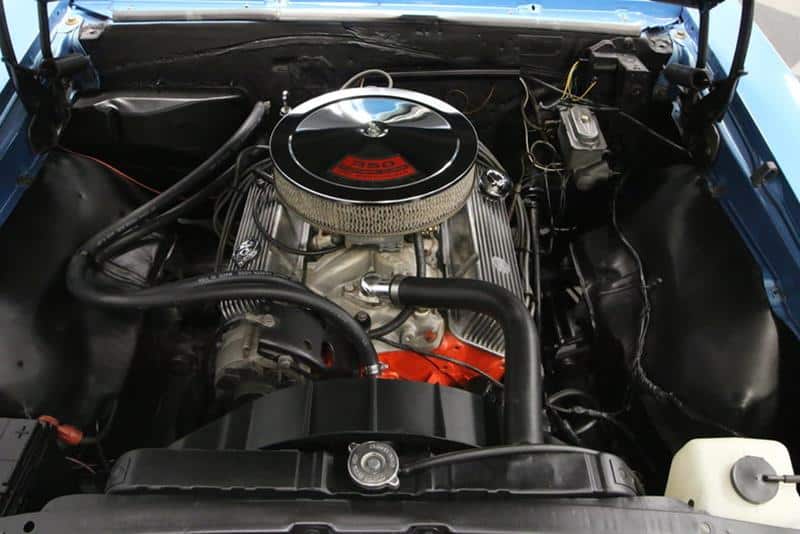 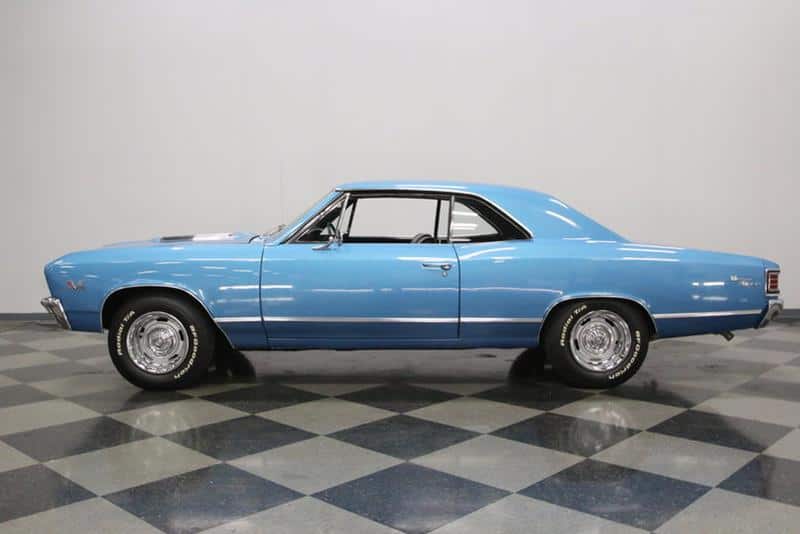 I have a one owner original with every document and his phone number ’67 Chevelle convertible. 327/300 power glide. White with black interior and black top. Car has absolutely no rust, original in every way, number matching, buckets with consol shift and so fun to drive. I’ve never seen another one like this. Thinking of selling so keep your eyes out on Barrett Jackson PHX this January. She’s a gem and maybe one of a kind!

Pro
combo possibilities
Con
No one is happy without cloning

I believe I have a rare chevelle. Can anyone please tell me how many 1967 Chevelle malibu convertibles were made with factor air conditioning? I have searched this and cannot find the results. Thanks

If only I could buy a new one today

The designers at Chevrolet did a minor update to the 1967 Chevelle and created one of the two best-looking Chevelles ever. For my money, the 1967 and 1970 Chevelles are masterpieces on muscle car design. Performance was very good; the car was roomy and simple to work on. Why can’t we have a car like that today?