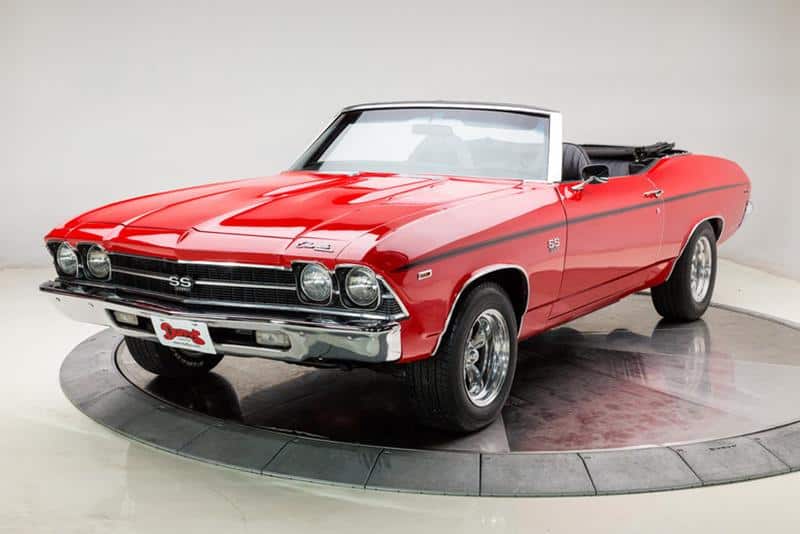 “Say it out loud. Get the feel of it. You’ll be hearing it a lot because the SS 396 equipment package is now available on all Chevelle Coupes and the Malibu Convertible” 1969 Chevelle brochure

Though exterior appearance did not change much from the 1968 Chevelle, the most drastic change in the Chevelle line for 1969 was in its series designations. The bottom-of-the-line 300 series disappeared altogether, and all wagons became sub-series. Therefore, only the 300 DeLuxe and Malibu remained as designated series for the line.

Muscle car enthusiasts may have been upset to see the additional disappearance of the SS 396 Sport Coupe as its own line, but the SS 396 became an accessory package that could be added on to any car in the Malibu series. The lengths of all models varied slightly from previous years and now had three different length categories: 4-door models were 200.9 inches, 2-door styles measured 196.9 inches wagons were 207.9 inches long.

The interior colors for the 300 DeLuxe lines were limited to black, blue or medium green for cloth-and-vinyl interiors, or an all-vinyl interior in black.

Now that the Malibu contained even more sub-series as of the 1969 model year, its share of the whole Chevelle market jumped to an astounding 83.5 percent. Not only did the Malibu contain its usual sport sedan, sport coupe, convertible and 4-door sedan, it also represented the two Concours station wagon lines.

The Concours Estate wagon was the top of the line Chevelle wagon with wood-grain sides and standard features like a boarding step. The Concours wagon was a slightly downgraded model from its Estate sibling, still featuring all-vinyl interiors and new full-coil suspension found in all the 1969 Chevelles.

Since the SS 396 was gone as a series unto itself, it could now be added to any 2-door Chevelle for $347.60. Since this applied to the 300 DeLuxe series as well as the Malibu series, the SS 396 could be more affordable than ever. The regular SS 396 accessory package included the same 325horsepower engines as the 1968 SS 396 Sports Coupe, but could be upgraded to the 350horsepower model and, later, the 375horsepower version.

In addition to the wider variety of Chevelle’s able to include the SS 396 package, more changes to the line came late in the 1969 production year. Reportedly to meet new emissions standards, the late-1969 models were held 402 cubic inch engines, though the official name was never changed.

Additionally, as the muscle car wars were really raging at this point, there was a hankering for more power than even the highest powered factory model could deliver. Eager to find a way to circumvent GM’s power limits, Chevy’s performance-products manager used the Central Office Production Order (COPO), usually reserved for special fleet orders, to order 323 specially built Chevelles. Known as the Chevelle COPO 427, this run used the L 72 engine from the larger Chevy lines, a 427 cubic inch V-8. Chevy rated the horsepower for the COPO Chevelles at 425. Of those produced, 99 went to the dealership owned by Don Yenko, a retired race car driver long known for ordering and selling high-powered Camaros and Novas.

Though the 1969 Chevelles, even with the SS 396 package, were as powerful as they had been for the previous few years, muscle car enthusiasts were demanding even more power. This is evidenced by the late-run COPO 427’s. 1970 would see GM lift its ban on engines over 400 cubic inches, and the Chevelle would respond with one of the most powerful models ever produced.

1970 was the high mark for Chevelles. An 450 HP 454 V8 was available. Never again would this much power be built into these cars. The muscle car era was coming to an end. 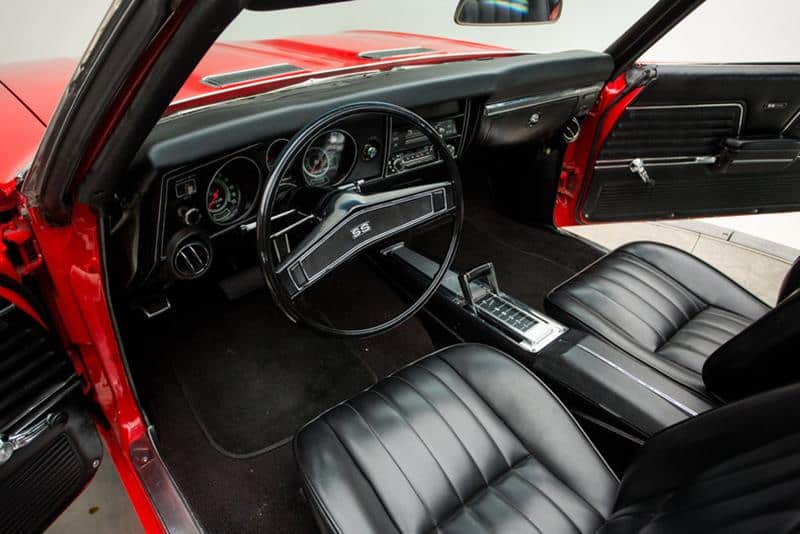 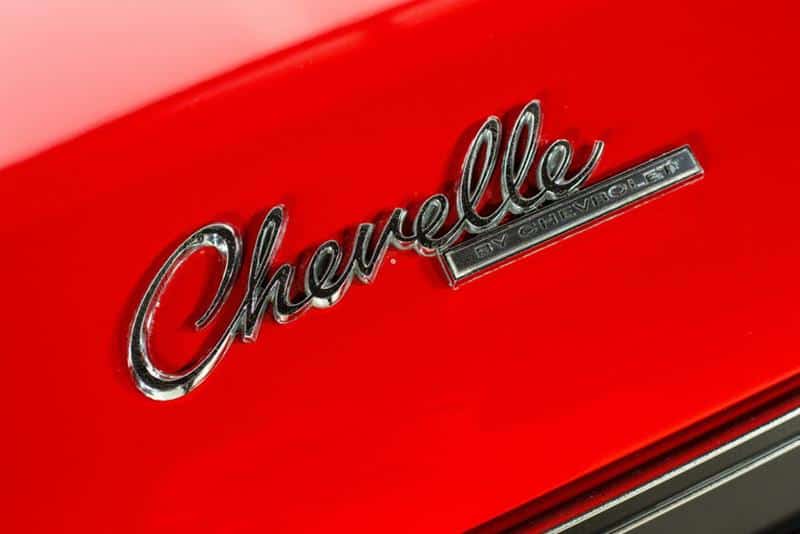 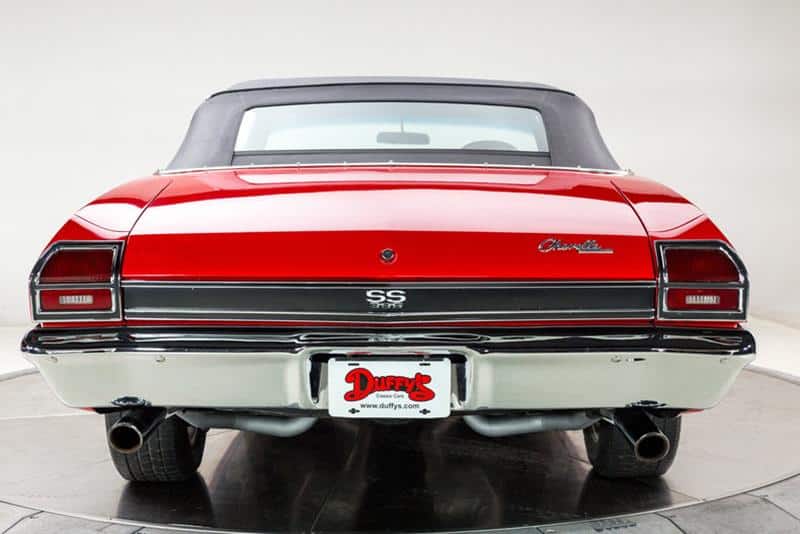 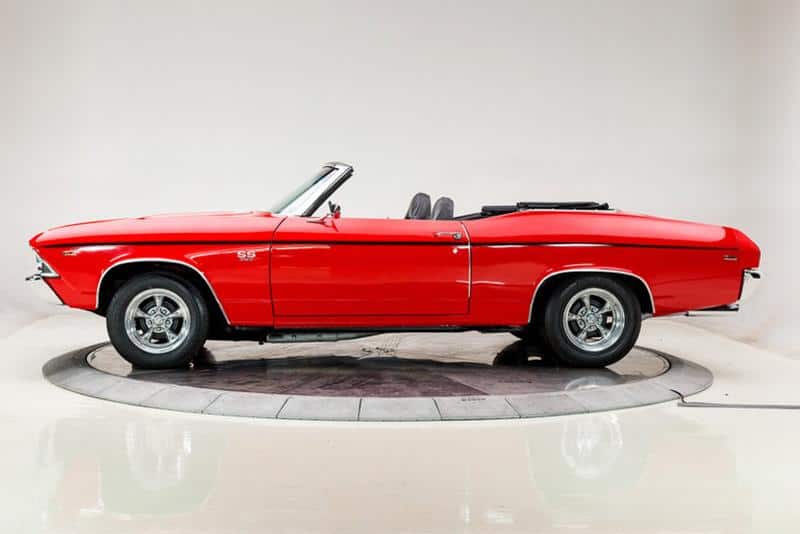 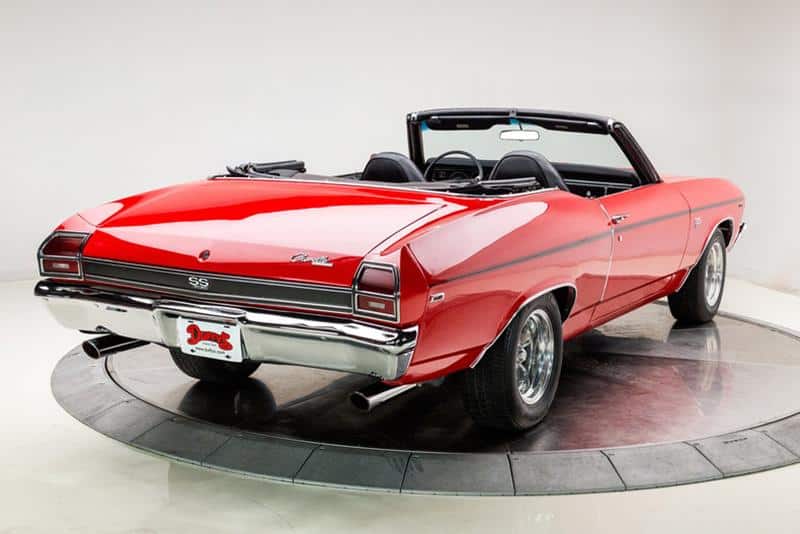 The performance on a Chevelle COPO was truly amazing. Just think how many people were lured into racing at stoplights and getting embarrassed. The standard Super Sport was no slacker either and much more common. This was a great time to be a gear head.