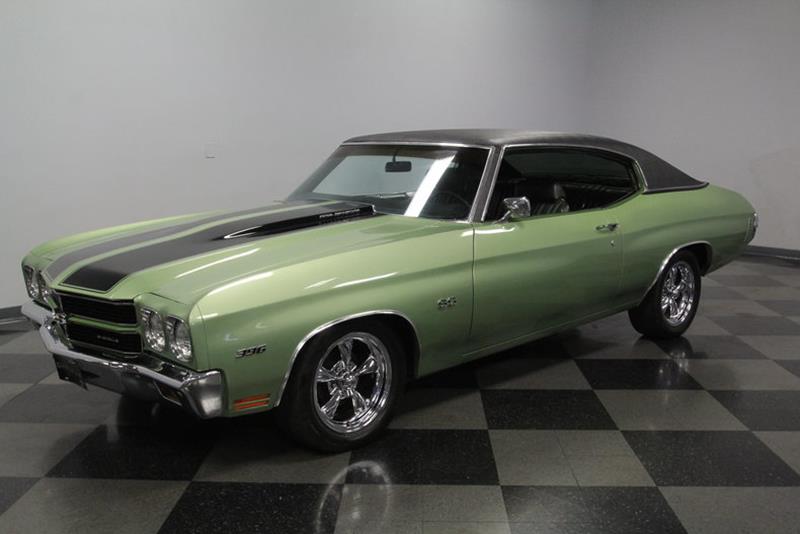 Not only did the 1970’s Chevelles usher in a new decade, they also saw the peak of muscle car performance. Other than name changes and some slight body style tweaks, the big news of the year for the Chevelle was the 454 cubic inch behemoth available in one of the two SS packages. The muscle car wars would never be the same again.

Though it didn’t occur until late 1970, after the 1971 Chevrolet models were out, in fact, a 65-day strike at General Motors resulted in sales losses for the 1970 calendar year, resulting in Ford overtaking Chevy as the sales leader. Chevelle numbers understandably took a loss and production came in at under 400,000 units for the first time since 1967, with 354,855 Chevelles produced.

The base line 300 DeLuxe models were divided up into two distinctions: the 133 series if the car contained a six cylinder, or 134 if there was a V-8 under the hood. With a limited number of interior color choices (black, blue or dark green for cloth-and-vinyl interiors; black for all vinyl), this series still offered a very economical base price for the Chevelle, with the least expensive being the 4-door sedan, totaling $2,679. As with all Chevelle’s in 1970, the 300 DeLuxe models featured an improved full coil suspension.

An additional option known as the Heavy Chevy was released later in the production year. Based around the sport coupe and including a base 307 cubic inch V-8 and options up to the 402 cubic inch V-8, the Heavy Chevy basically served as a base Chevelle with more extensive interior and trim models than the other models in the Chevelle line.

The Malibu was also sub-divided dependent on the type of motor, with six cylinder models given the designation 135 and the V-8’s being referred to as 136. The Malibu diminished its model options in 1970 down to four: the sport coupe, convertible, sport sedan and 4-door sedan. Additionally, the standard V-8 for the Malibu was upped to the 307 cubic inch engine, producing 200 horsepower. Like previous years, the Malibu boasted a much wider variety of interior color and trim options than its 300 DeLuxe series counterpart.

The most exciting news for the 1970’s Chevelle models, however, was the introduction of a new SS package. Instead of being available for any 2-door Chevelle model, the SS packages were now exclusive to the Malibu sports coupe and convertible, as well as the El Camino pickup.

General Motors dropped their 400 cubic inch limit in time for the 1970 models, and the RPO Z15 took full advantage of this with a 454 cubic inch engine that produced 360 horsepower, but when an optional engine known as the LS6 was installed, the horsepower jumped to 450. Both RPO Z15 packages included a new option, cowl induction. This consisted of a small trap door at the base of the hood dome that collected high pressure air from around the windshield and funneled it into the carburetor for added performance.

The RPO Z15 packages saw the definite pinnacle of the Chevelle as a muscle car. Rules and regulations would force the following year’s model to include only smaller engines, and the Chevelle would never regain its status as a car with more than ample power that still included a relatively low price tag.

In 1970, the base SS model was in direct competition with both the Pontiac GTO and the Ford Gran Torino, with the horsepower for all hovering around the 360 – 370 range. In fact, federal regulations and unleaded gas would soon see all of the muscles cars toning down the powerful engines in those 1970 models.

Very little was changed about the Chevelle in 1971, the biggest changes were to the front end of the car. The double headlights were replaced in favor of Power-Beam single-unit headlights borrowed from the Monte Carlo. 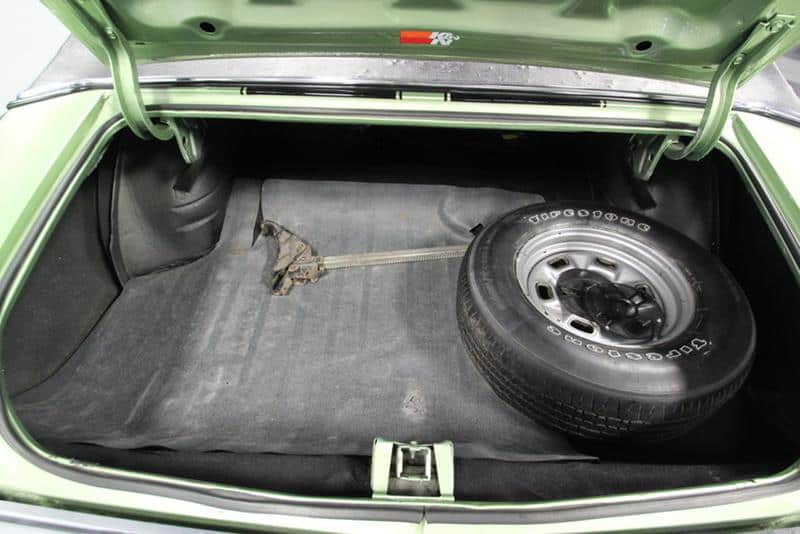 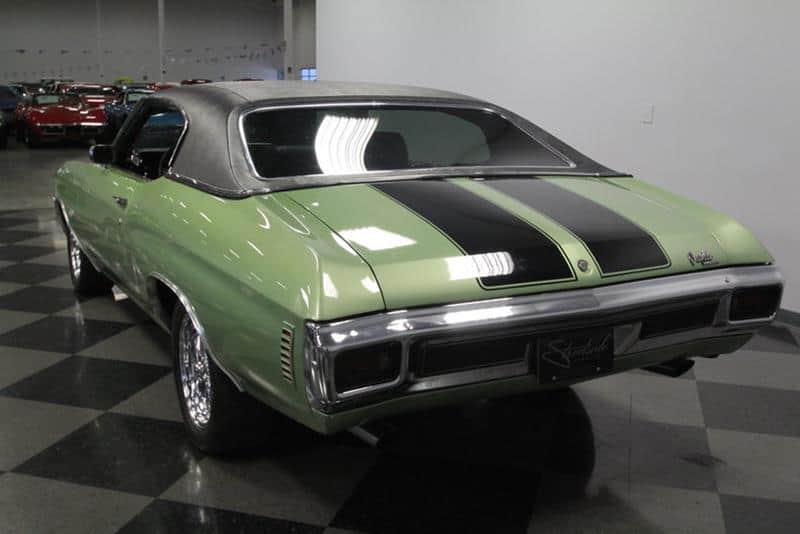 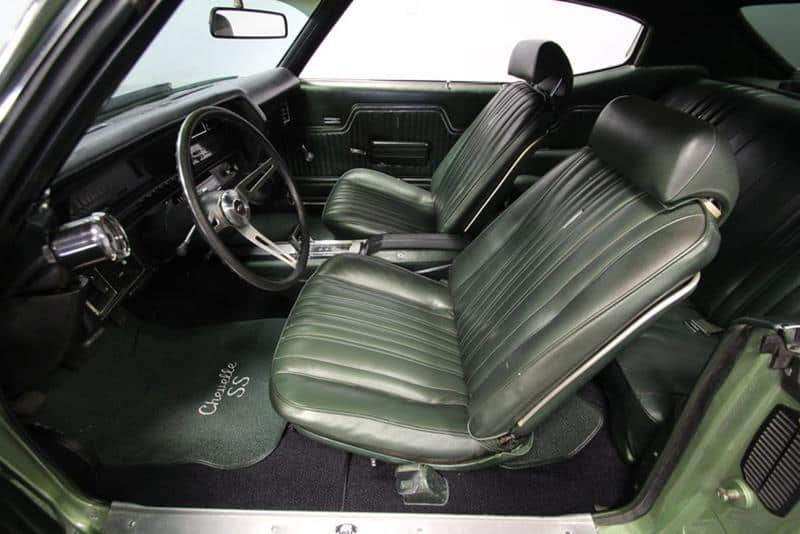 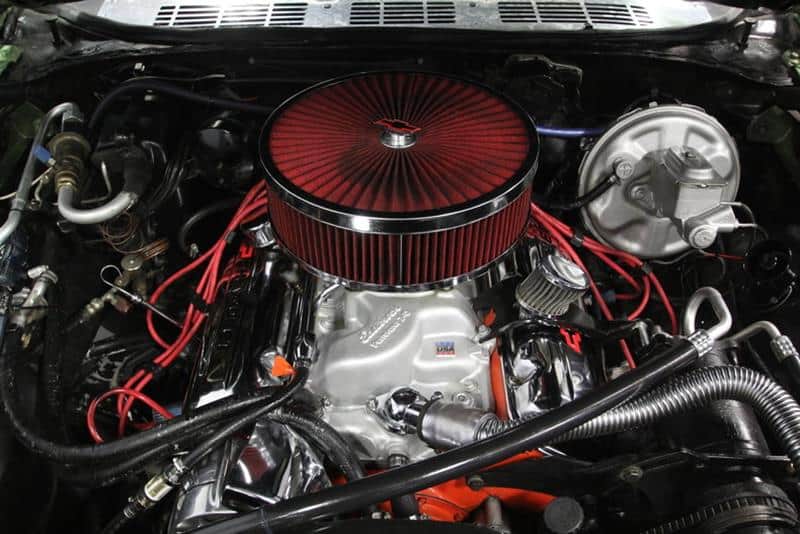 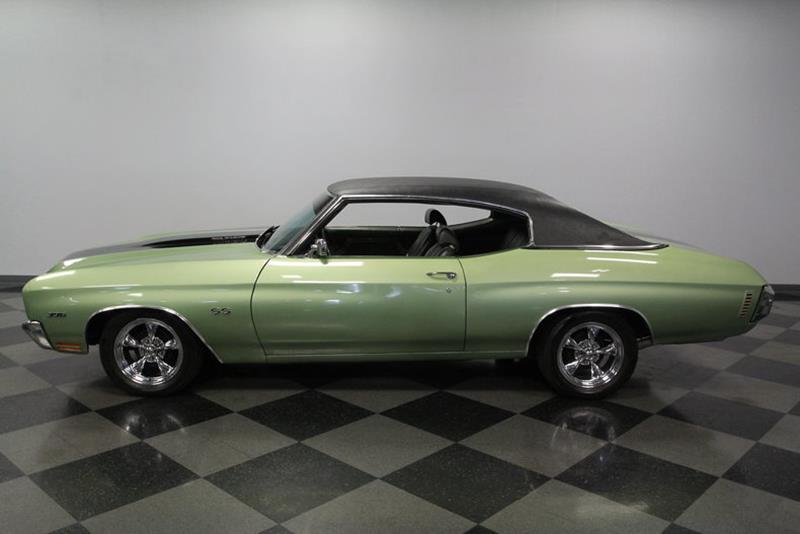 Is This The Best Look Chevelle Ever Or What?

The 1969 Chevelle looks good and the 1967 Chevelle looks great but the 1970 Chevelle tops them all. A dark blue one with white racing stripes just sets my blood to boiling. Add a black vinyl roof, black interior with bucket seats and a fancy console and perfection is achieved. There were many great looking muscle cars but this has to be one of the top five. It just looks the part.