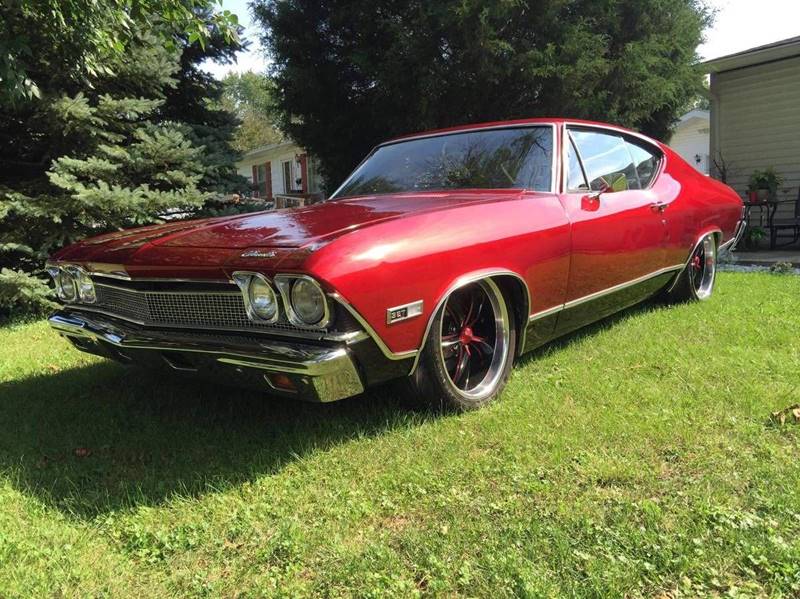 The 1968 Chevelle models boasted a distinctly changed body style that ushered the car into what has become known as its second generation. All 2-door models featured semi-fastback rooflines, with sedans featuring more of a curve at the rear window than previous models.

After losing its most powerful options for a year, the most powerful engine of the SS 396 series (producing 375 horsepower) returned as an option helping set the stage for the Chevelle to soon enter its muscle car heyday.

In a sharp turnaround from the 1967 Chevelle, nearly every Chevrolet model saw an upswing in sales during 1968. The Chevelle was no different, and its total production jumped back above the 400,000, in fact posting its highest ever production numbers at 422,900.

Least expensive and least adorned of all the Chevelles, the 300 line, which had contained just a 2-door and 4-door sedan, this year was represented by a 2-door coupe and two wagons. In fact, the 300’s wagon models revived the Chevy “Nomad” name as the Nomad and the Nomad Custom. Devoid of any exterior trim, the lowest priced Chevelle (the 300 coupe) had a sticker price of $2,447.

The 300 DeLuxe continued its tradition of bridging the bottom-of-the-line 300 and the best-selling Malibu by offering standard upgraded interior and exterior trim options (wire wheel colors, window rain guards, etc.), as well as more color choices. Additionally, the DeLuxe offered more models to choose from: the 2-door coupe (1968’s new term for the 2-door sedan), the sports coupe and the 4-door sedan. The DeLuxe dropped its traditional wagon option in 1968.

Always the Chevelle line’s best-seller, the Malibu continued to constitute over 60 percent of the total Chevelles produced. As usual, the Malibu offered its convertible and wagon lines equipped with all textured vinyl interiors. The Malibu also offered three other models, the sport coupe, the sport sedan and 4-door sedan, all with a choice of all-vinyl interiors or a combination of pattern cloth and vinyl.

Not to be confused with the aforementioned Concours package, the Concours wagon returned in 1968 as the Chevelle line’s high-end wagon. The Concours wagon’s came standard with the 307 cubic inch V-8 engine and had a price tag of $3,083. In the 3,580 pound car, the engine achieved 17.9 miles to the gallon under normal cruising conditions.

Slightly relabeled as the SS 396 Sport Coupe, the 1968 model began a three year design cycle that was arguably the most successful muscle car in history. The 1968 model saw the welcome return of the L78 engine option that again produced 375 horsepower, offered at only $237 more than the SS 396’s already comparably reasonable $2,825 base price.

Like it had been for the previous few years, the base engine in the SS 396 produced with 325 horsepower, with a third option known as the L34 version producing 350 horsepower. Additional new standard features were the GM Hide-A-Way windshield wiper features (eventually standard on all Chevelles) and an efficient exhaust emission control system.

With the sleek new long hood/short deck design, coupled with the reappearance of the 375-horsepower engine option, the 1968 version of the Chevelle SS 396 marks the car’s first true contribution to what would become the enduring pantheon of muscle cars. It was a tradition that would last for the next few years as Chevy continued to produce SS 396’s that were friendly to budgets while still providing the power the ever-growing band of muscle car enthusiasts required.

With the exception of one major change and one minor change the 1969 Chevelle was basically the same as the 1968 Chevelle. The minor change was the way in which General Motors marketed the Super Sport. 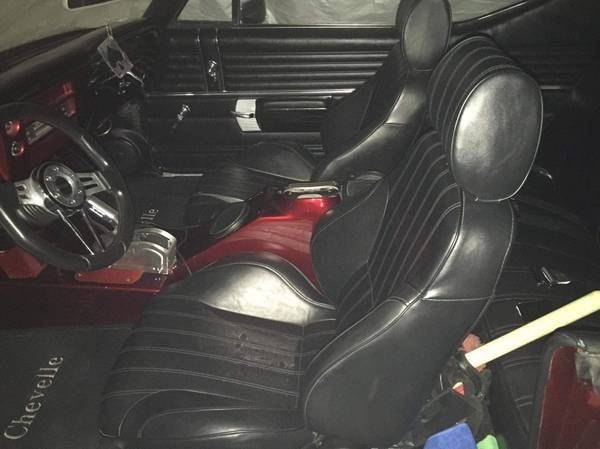 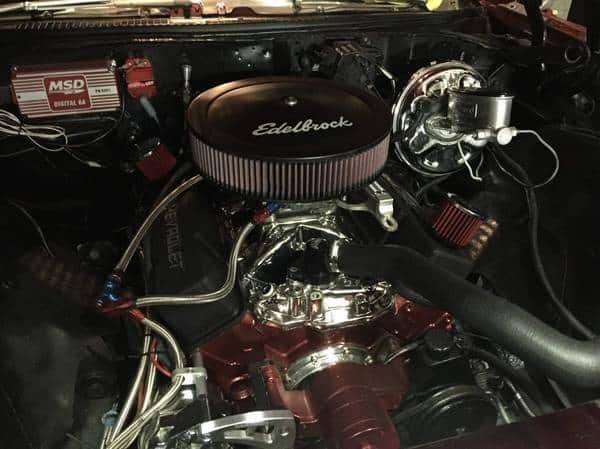 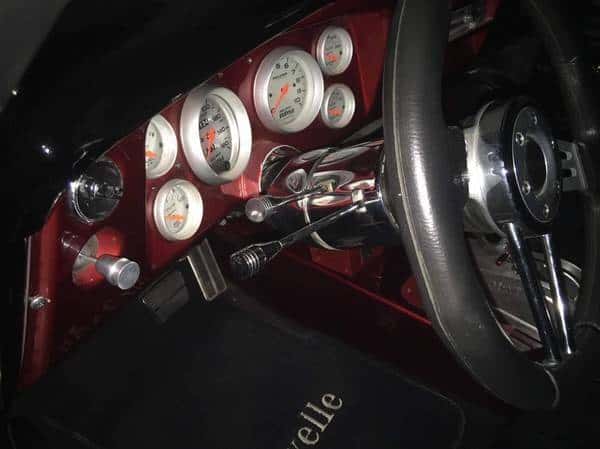 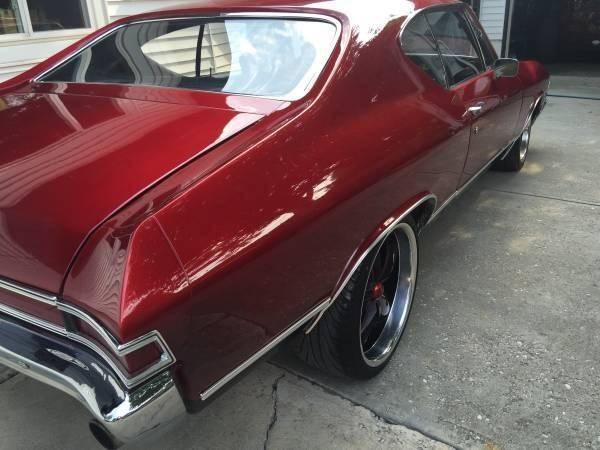 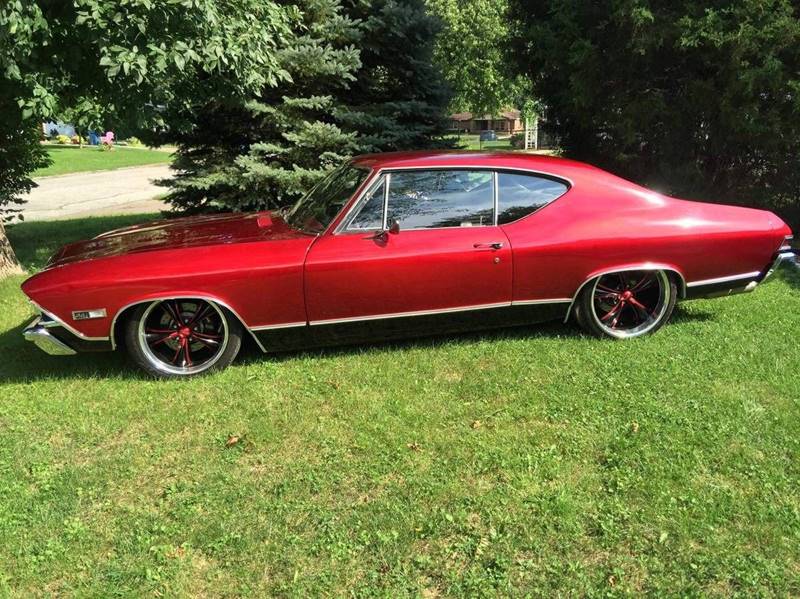 I guess its all personal preference if you like the look of the 66 or 67 over the redsigned chevelle of 1968. I actually prefer this body style more. This chevelle was and is a real eye catcher. I own a 68 SS, it draws attention no matter where I go. I can’t beleive how many people I run into that tell me they had one way back in the day.

This is a sexy car. The lines are that of a zebra mixed with a liger with the ass of j-lo, and the roar is that of the american muscle as its finest, it brings people through a time machine back when times were a bit more simplistic and designs were more thought provoking. Revolutionary, cool, sexy, and a joy compared to now where things are technologically based with green energies and controls on the uprise and dime a dozen meets every car.

The changes were good but not great. The lines were a little abrupt and the car looked a little too common. It was after all a family mover. The Super Sport option added the right amount of power and dressed up the car. The design was nice but not in the same league as the 1967 Chevelle.