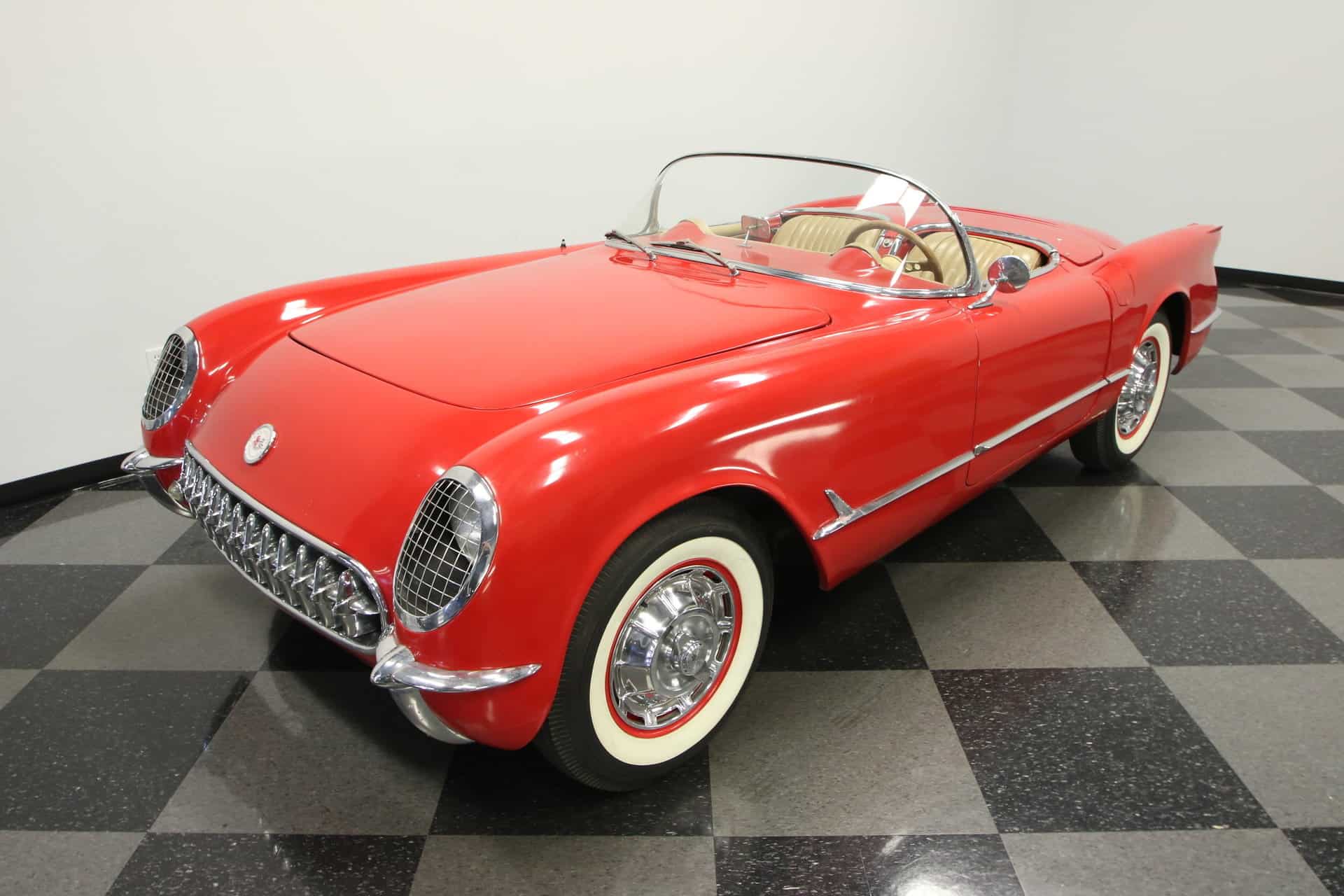 “With an eye to the future, Chevrolet introduces in an experimental model. The Corvette, the American Sports Car of the Future.” 1953 Corvette sales brochure

Perhaps the most famous American sports car, some would call the Corvette the only true American sports car. And its history is a long and fabled one – since production began that last day of June in 1953, the Corvette has been continuously produced to this day. And though it has evolved into an American legend both in and out of the car world, it came from fairly modest beginnings.

As indicated by the above quote from Chevy sales literature, the Corvette was considered experimental, and was conceived with the intention of only appearing at the Motorama show. But even before it got that far, the internal mechanisms at General Motors began preparing to turn the car into a production vehicle.

At the time, GM was by far the largest car maker in the world. In fact, it was easily the largest corporation in the world. And as many car models at the company produced under its assorted brand names, not one of them was a sports car. Harley J. Earl, however, sought to change that.

Earl was previously known for introducing the world’s first concept car, the Buick Y-Job, in 1938. In the intervening years he worked his way up to become GM’s chief designer. It’s not surprising, then, that he began dreaming of a true American sports car that would cost about the same as a sedan.

Keeping costs low influenced many decisions made while developing that first Corvette. Fiberglass was used for the body instead of steel for this reason, and instead of developing a new engine for the car, Chevy’s inline six was used, though it was retooled to produce 150 horsepower.

And though public acclaim was great for the car at the New York Auto Show – with thousands reportedly inquiring as to when and where they could buy one, the decision to put the car into production actually was highly influenced by Ed Cole, who at the time had just been named chief engineer at Chevrolet. It has been said that Cole was so excited when he saw the concept car that he literally jumped up and down.

Myron Scott, an assistant advertising manager at Chevrolet at the time, suggested the name Corvette, which is otherwise used for certain types of small war ships. The rest, as they say, is…well, you know.

Uniquely, the 1953 production models were nearly identical to the concept car. Due to the late build start, only 300 were made for the model year, and all of the cars were Polo White with a Sportsman Red interior and red wheels.

What was not in line with the concept was the price of the production models. At nearly $3,500, the car’s sticker price did not fit Earl’s original aspiration to have the Corvette cost about the same as an average American sedan. In fact, the car cost more than a Jaguar or a Cadillac.

The extra power for Chevy’s 235 CID six-cylinder was provided by a higher lift cam, special alloy valves and triple Carter downdraft carburetors. The modified engine was the only one available for the 1953 Corvette, and was known as the Blue Flame Special.

Chevrolet’s two-speed Powerglide automatic transmission was the only transmission available for the car. The suspension also was borrowed from existing Chevy parts, and was essentially an altered version of the 1952 Chevy sedan suspension.

The convertible top had to be operated manually, though the relatively small size of the top that fit over the Corvette’s two seats was fairly manageable. Instead of roll-down windows, the car had clip in side curtains. The car did not have exterior door handles, so the car had to be opened by reaching inside.

Of the limited run, it appears few cars actually made it to Chevy dealerships for public consumption, though it is reported that the price tag likely limited some of the car’s public appeal, anyway.

After the very limited 1953 run, the 1954 Corvette was changed very little. The most obvious change was three new color options. But the price also was reduced significantly.

However, the most exciting news would come with the 1955 models. The first small-block V8 ever was used in the Corvette, and upped horsepower to nearly 200. 1955 marked the year the Corvette first got on the path to become the legend we know today. 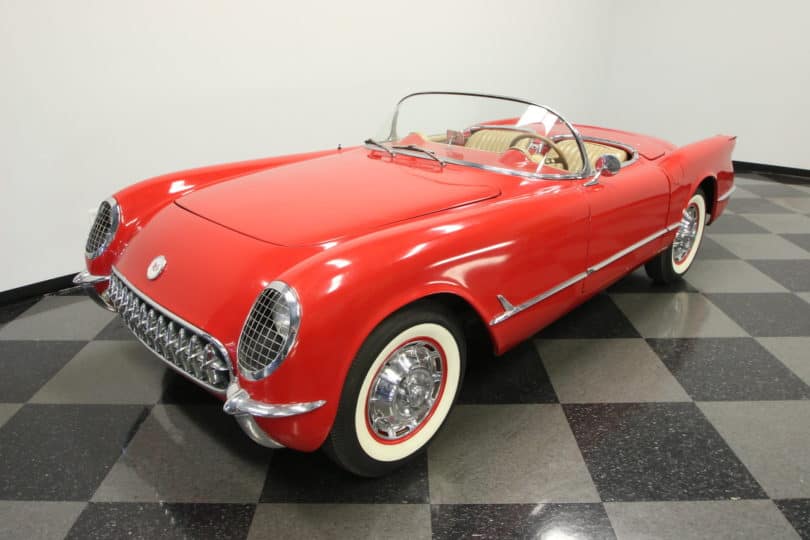 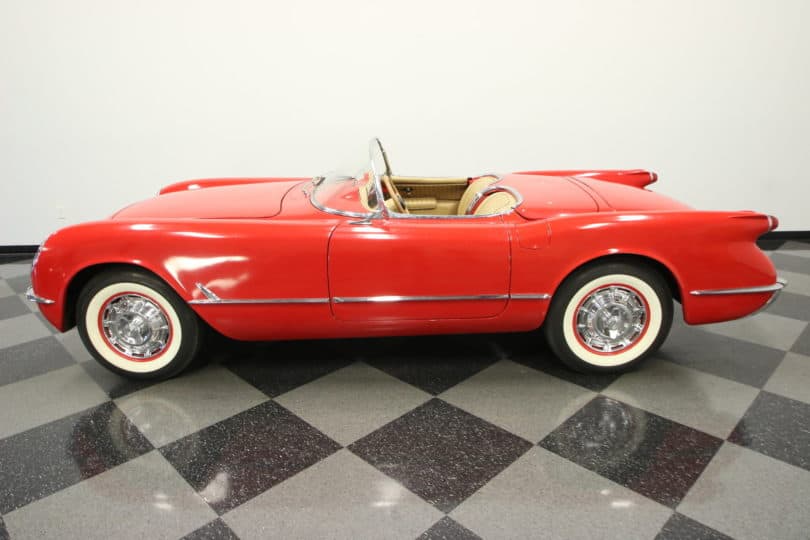 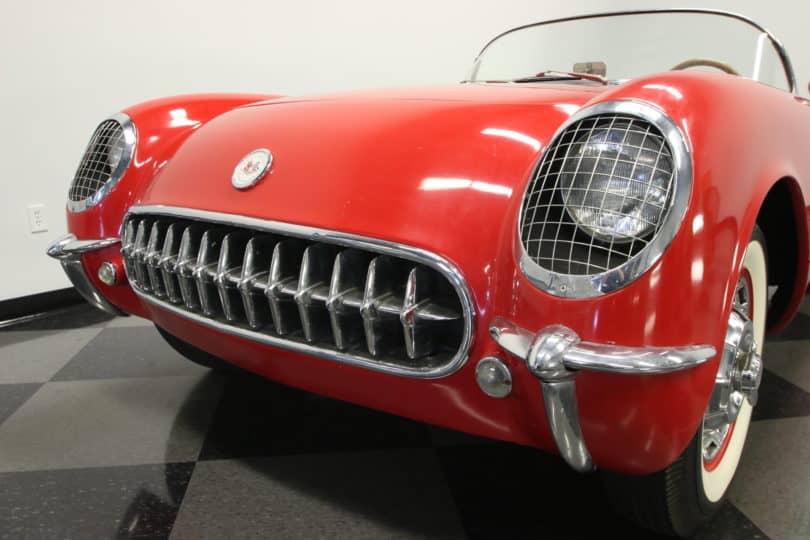 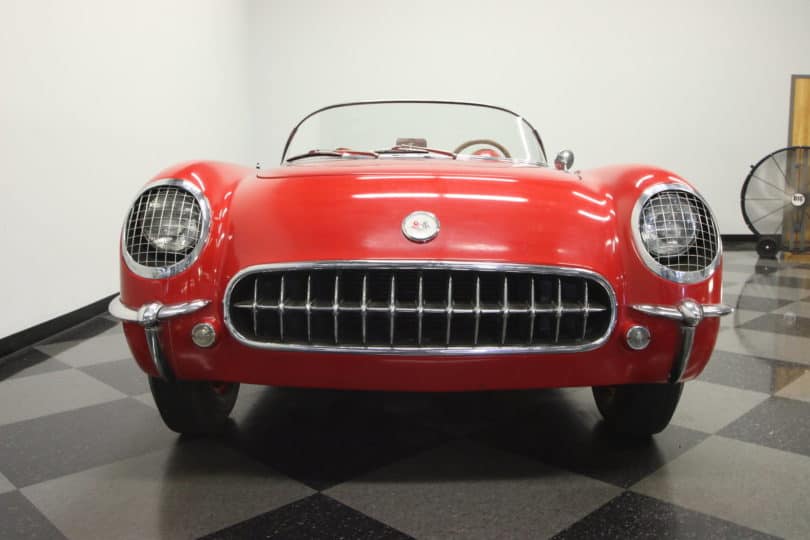 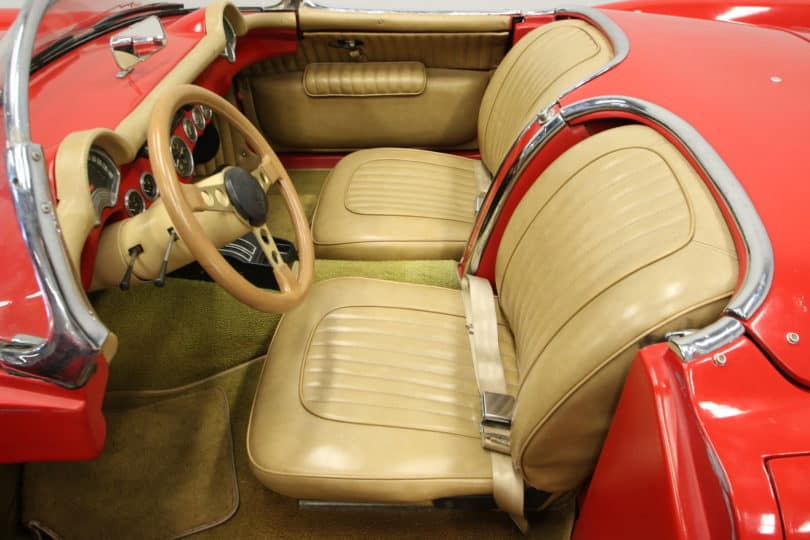 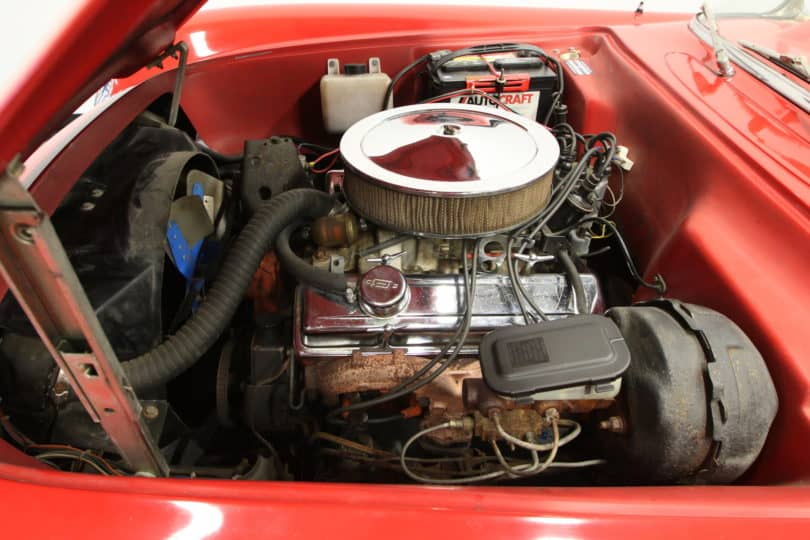