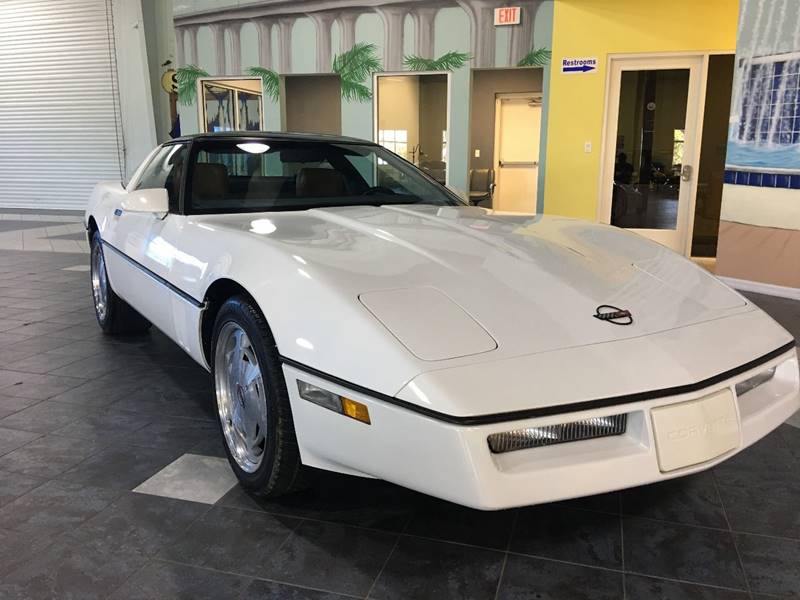 “What do other performance cars have that Corvette doesn’t? A role model.” 1989 Corvette sales brochure

Throughout the latter half of the 80s, after the fourth-generation Corvettes had been introduced in 1984, Chevy had been slowly but surely improving upon the already great car they introduced that year. And to close out the decade, the 1989 models were no different. To look at it you could easily be convinced it was any of the year models that had come before it in its generation, but as usual, some subtle changes were continuing to make a good car even better.

First, and perhaps most noticeable in both ride and looks was the adoption of the Z52 performance suspension package as standard. The package had originally been introduced in 1987 as a middle ground between the racing inspired Z51 package and the standard models. The Z52 package came provided sportier handling without sacrificing a comfortable ride. And the 17-inch wheels that came with it made sure all 1989 Corvettes were looking their sportiest.

Performance for the car stayed exactly the same as it had been last year. All Corvettes received the same 350 CID small-block V8. The coupe version produced 245 horsepower while the convertible version fell slight behind at 240. However, the engine did have new Multec fuel injectors that were designed for the ZR-1 powerplant. Though they did not change performance, they foreshadowed a big (and welcome) shakeup the following year.

The new ZF manual transmission was both a blessing and a curse. Many critics derided the old 4+3 manual transmission, but they also found the computer-aided-gear-selection system that locked out second and third gears under low-throttle conditions quite annoying. The feature was designed to help fuel economy but was unwelcome by many.

Inside, the car was updated slightly, as well. The new convertible hardtop obviously gave a different look if it was selected, but all cars were set apart from those that came before by redesigned seats in both the cloth and leather versions. Those buyers that chose the convertible with the soft-top option found a simplified mechanism for easier operation.

The production numbers for both the coupe and the convertible rose over the previous year. There were 16,663 coupe’s built, and this is in spite of the fact that the base price for all Corvette models was over $30,000 for the first time ever.

The 1989 model wasn’t all that different from the 1988 Corvette, but the following year would see the introduction of a model that would find increased interest on the Corvette.

In 1990, the ZR-1 coupe would be introduced, and it would live up to it’s nickname “King of the Hill.” A new all-aluminum, 5.7 litre V8 would power the car and, at maximum power, it would be rated at an astounding 375 horsepower. The only downside of the car was that it had a pricetag to match its exorbitant power. 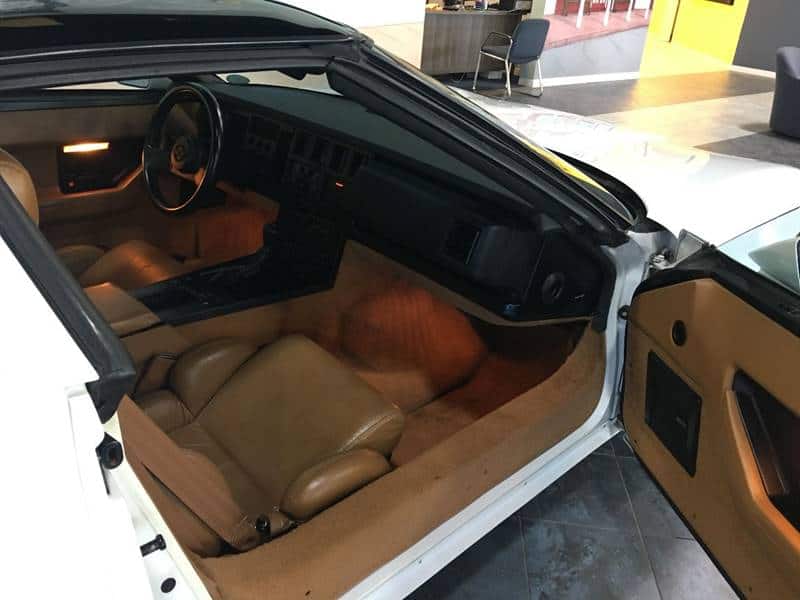 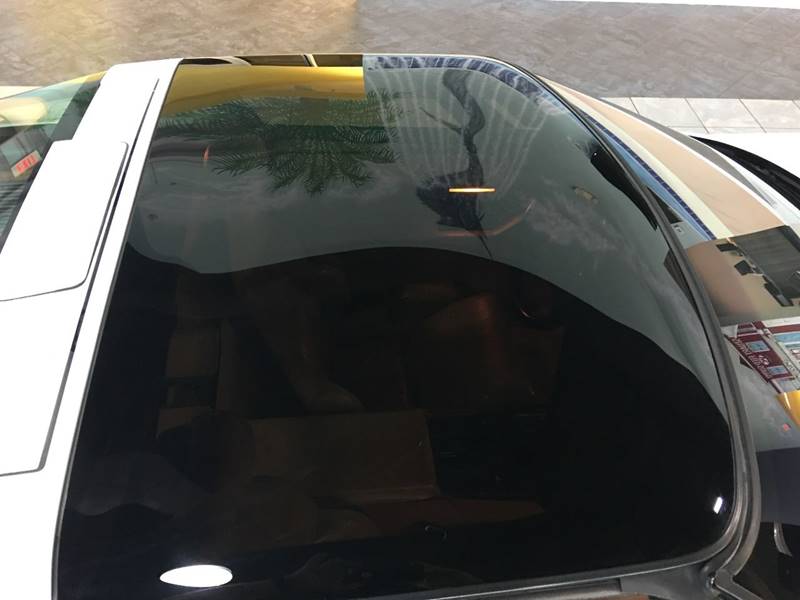 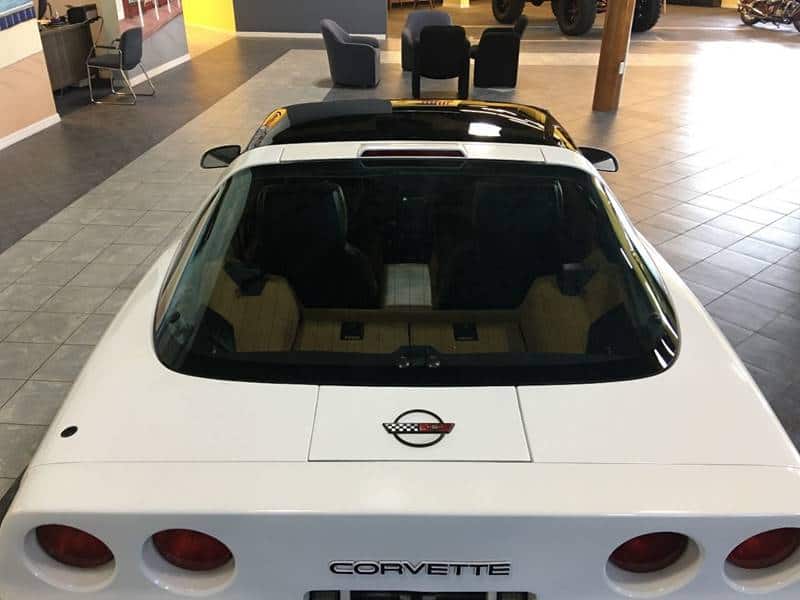 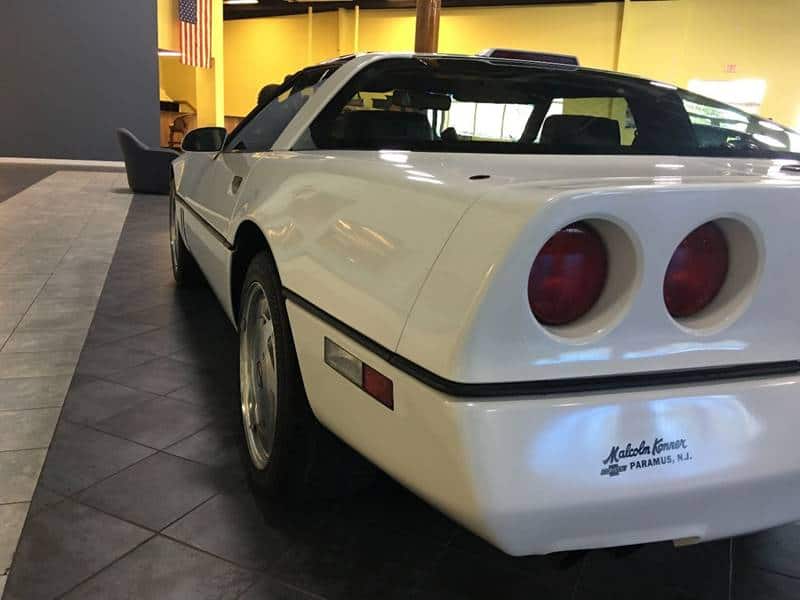 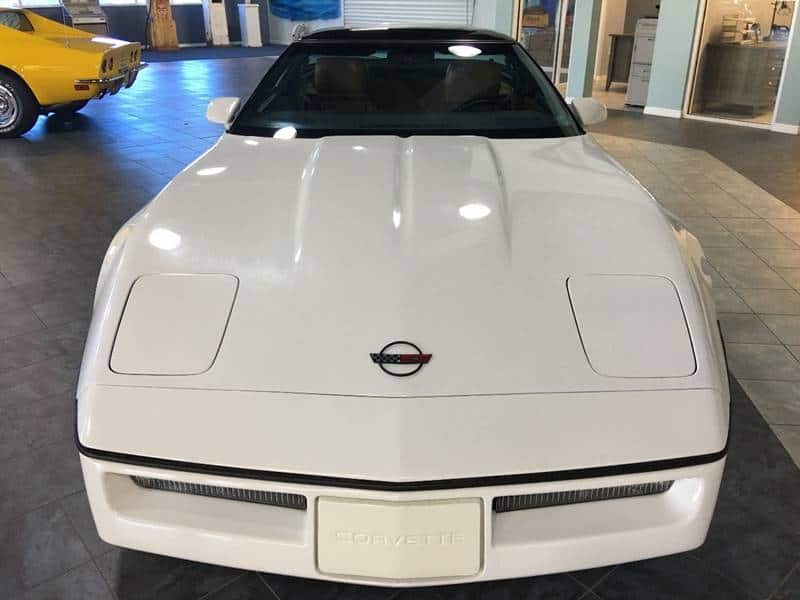 The Corvette is probably the best sports car legacy ever. Mixing muscle car acceration with sport car handling. It nice pure mix. A nice size V8 and a sleek body style. Making the most of what it has; and the C4 body style is usually what everyone thinks of when they think of a Vette. The top notch of the time that GM could make. In 89 no other American car was faster or handled better, and no one but Porsche, Ferrari, and Lamborgini could beat it on the track. Not bad for 245 horsepower. Its really makes the most of it by hitting 60 in 5.6secs, and a top speed of 160mph. At only 3150 this car handles great(.95g); and the four wheel disc brakes are good too.All of this is easily upgradable.
Whats new for 89… Well the Corvette got aluminum heads, making the car lighter. Though the heads were not ported or enlarged in any way; hence it retained the horsepower of previous years(87-88). The car also had new options for 89. Including the bad 375hp “King of the Hill” ZR-1; and handling options.(Touring,Sport,and Hard{performance} all changable in the by the flip of a switch) These all sound cool, but be aware that the ZR-1 is expencive to buy and fix. Most of its parts come from Lotus, and are imported. Be very aware of that. The handling option locks you into GMs suspention, and is also very expencive to fix. Fine for someone who wants a stock show car or a weekend cruiser, but not for hotrodders or the cheap forget these options. Either way you go;well, you can’t go wronge.
Now my oppion of the Vette, starts with the first thing you notice. Its Sexy! One of the sexiest cars. Just change the Rims from the 80s style rim(not to flattering) for some modern rims, and its like you have a new car. Turning heads where ever you go. Getting in the car you’ll notice it fits like a glove, and is very confortable. You get stuck in, and you feel as if you’re in a cockpit. The problem is you get stuck in, and if you are overweight you’ll feel you can’t get out. I am 5’10” and I have to say that the car feels like it wouldn’t be confortable and even impossible for a guy over 6’5″. Then you’ll be overwhelmed by an aray of switched; and mean over fifty of them. Also nothings where it would seem. Like a euro sports car. The windsheild wipers is on the door, I mean what? Either way its neat. Then you’ll see an all digital set up(84-89). This is 80s digital, but neat none the less.(however if it goes bad it can cost over $1000 to replace) The headlights will do a cool flip, that excites the kid in you. I had to replace this part and the cost was $350-375. Yeah the one side is more than the other. Then you’ll feel you’re driving from the rear seat, gazing at a seemingly endless hood. Then you start driving. Now I share this car with my girlfriend, and its just fun for both of us. The thing I like most is the handling. You’ll feel like an expert, apexing courners just for fun. The targa top is another fun option(highly recomended); but cumbersome to take off and put on. I don’t think a average person could install it by them selves. But a really fun option.
The engine and transmissions are good. The stick and the auto are neck and neck under full throttle, so its what you would prefer. The TPI engine is good and has huge potental. Callaway twin turbo’d one to make over 800hp. Also this is one of the most areo dynmaic cars mass purdosed. The Callaway broke all records, and wasn’t dethroned until 2005 of its top speed record of a mind blowing 254mph. So just think of the potental. Also the whole front end lifts up(like a ligitment race car), to give full view of the engine. It makes it easy to work on and maintaine. Its a really cool feature not use in any other Vette body style.
This is a great car. Even with small storage spaces; even smaller with the targa top off. Low rear viablility, and an odd lay out of switches that will push you towards the owners manual its still a great car to own. Its fun, reliable, and fast; but, if you’re looking for a primary driver or anything but a weekend car this probably isn’t for you. This is the perfect weekend cruiser or weekend warrior; but buy the car knowing your end intentions.
I’ll sum it up by saying this car by saying if you like the vettes alittle, its a little fun. If you like vetts a lot, its a lot of fun. If you like vettes to much, its to much fun.