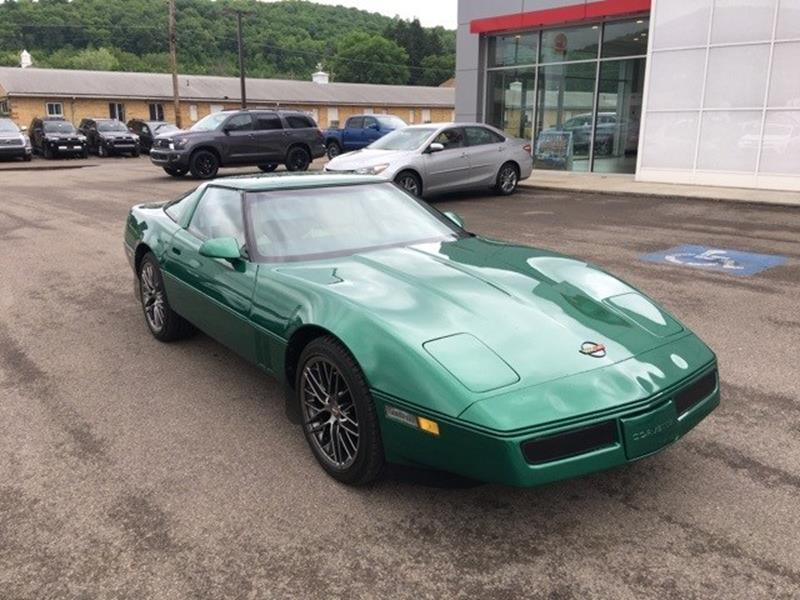 “Chevrolet invites you to drive the best production sports car in the world.” 1984 Corvette sales brochure

The fourth-generation Corvettes were a long time coming by the time they were finally introduced for the 1984 model year. In fact, it took so long to get the final results ready that there wasn’t even a 1983 Corvette made for public consumption at all. And since that year would’ve marked the 30th anniversary of the ‘Vette, there were none of the usual special editions to mark the milestone. The work that resulted in the 1984 Corvette began in 1978, and was primarily a collaboration between Corvette chief designer David R. McLellan and head of Chevrolet Production Studio Three, Jerry Palmer.

But onto what that design collaboration actually produced – which was an entirely different Corvette than those that had come before it. Many of the styling themes of the previous Corvettes were echoed in the new model, but the overall car look far more modern than the 1982 version – likely because the latter had changed relatively little from the first third-generation Corvette that was introduced in 1968.

The new Corvette had a 96.2-inch wheelbase with aluminum suspension components, and these made up the base of a car that’s mechanical elements were all new. The steering was by rack-and-pinion for the first time, the brakes were oversized discs and the car employed 16-inch wheels for the first time (at a time when few other cars had wheels that big.

As would be expected, the interior of the car also was brand new. One of the most notable aspects of the new models was the fully digital instrumentation, which were welcomed by some and called “obnoxious” by others.

There was, however, one carryover from the 1982 Corvette into the new Corvette models, and that was the engine. The Cross-Fire fuel injection system was introduced in 1982 for the Corvette, and that same engine makes an appearance in the new models. The engine was a 305 CID V8 that produced 205 horsepower. The only difference was that the horsepower had increased by five since the 1982 models.

When first introduced, the car came only with the option of a four-speed automatic transmission, though the Doug Nash “4+3” manual transmission was introduced as an option in January 1984. The top three gears of this transmission featured electronically engaged overdrive.

Despite the fact that there was only one motor to choose from for the Corvette in 1984, there were still a slew of other options buyers could pick from. One was the Z51 performance suspension package, though many felt that tightened suspension was overkill for a suspension that already was too stiff.

Buyers were intrigued by the new model, and more than twice as many Corvettes were built during the 1984 model year than there had been in 1982. This is despite the fact that the base price of the car increased more than $3,500 to $21,800.

Obviously the 1984 Corvette was an entirely different machine than the 1982 model, but the following 1985 Corvette would see little changes. Obviously the car had been labored over for years and then sold well in its initial offering, so Chevrolet saw little that needed changing.

One thing that did change for the better, however, was a new Tuned Port Injection version of the 350 small block engine that would increase horsepower to 230, prompting Car and Driver magazine to declare the car America’s fastest production car in their January 1985 issue. 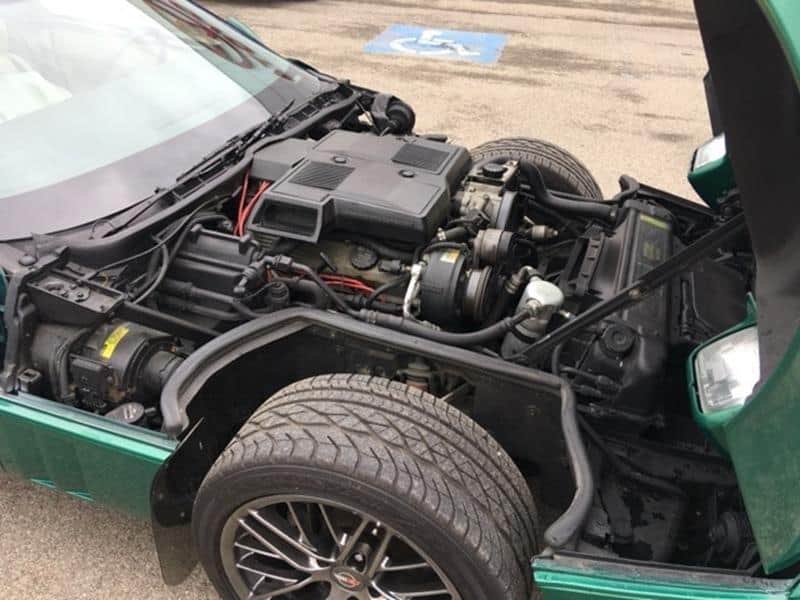 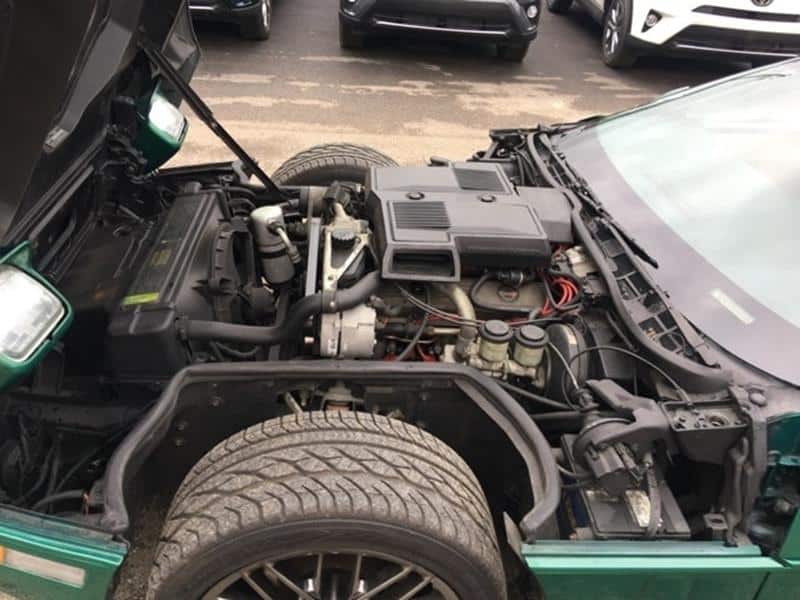 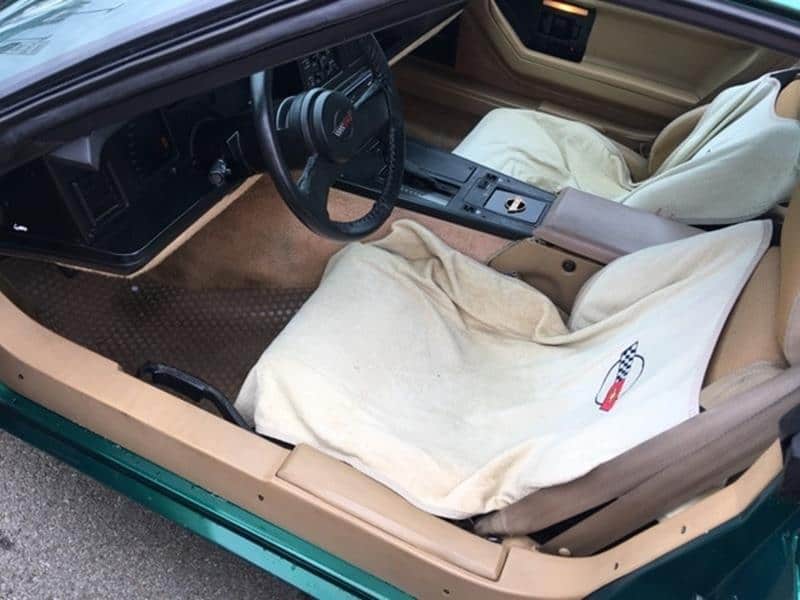 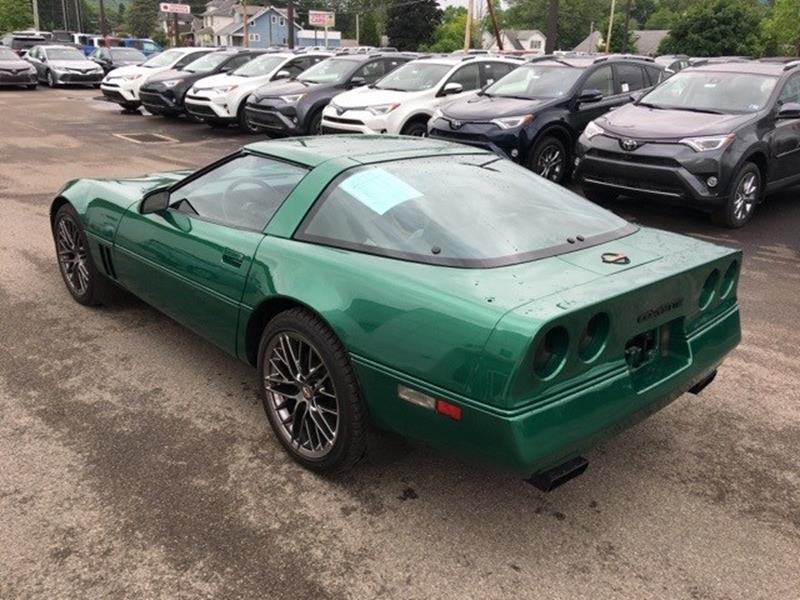 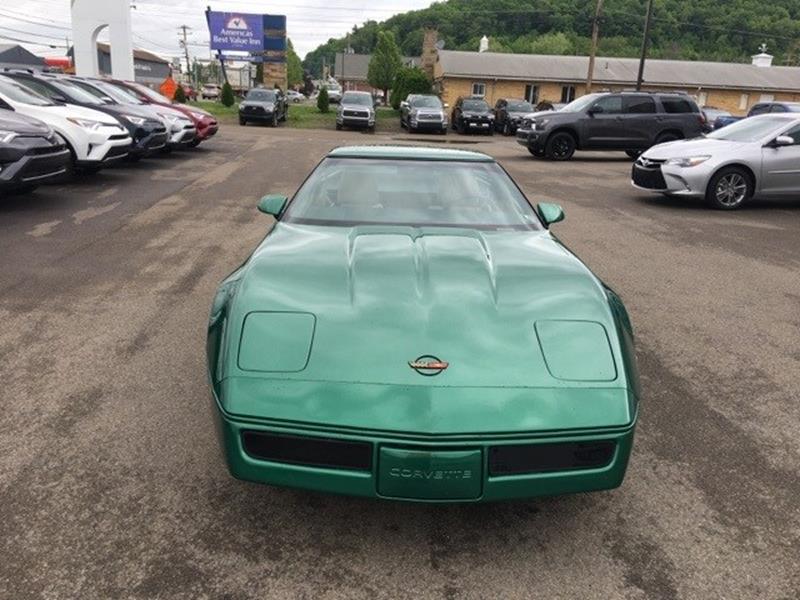 Not as bad as some people think

Having owned one of these 84’s I wanted to put my 2 cents in. When you look at the year 1984 in general for autos it was a turning point as the HP wars were starting again. The performance while not spectacular by todays standards was pretty impressive in 1984. 0-60 in 6.7 secs, 1/4 mile in 15.1 and a top speed of 139 mph. One note is that the auto trans in the 82&84 Vettes was designed to not stay in OD at Wide Open Throttle. If you update the trans and get rid of this feature the top speed of the 84 settles in at about 144. There are some mods for these cars out there such as better intakes and bigger throttle bodies. The cross fire injection can be made to make some good HP but it will take some ingenuity and patience. One big drawback is the rock hard ride that get even harder with the optional Z-51 suspension. My 84 had the Z-51 and I can tell you the ride was hard but that becomes a distant memory when you stick it in a corner and it goes around the curves like it was super glued to the road. Stock 84 Z51 Vettes have been know to hit 1g or better on the skid pad. These are cheap Vettes to own but when they are set up right which by that I mean if the 2 Throttle Bodies are synced correctly they run perfectly fine. These are good starter Vettes as they can be bought in good condition for fairly cheap money.

The revoluationary, the sexy, the slow?

This is no lie a revoluationary car. Like no car before, it brought areo dynamics and ultra modern design to the masses. I am going to try to be positive about this year. I almost bought three of this year, and drove five. All suffering the same thing. The car brought four wheel disc brakes and unibody construction to aid handling. So much so that it had been hailed as the best handling car of 1984. Beating out Ferrari which the GTO. So that in a ironic twist the Euro sports cars became known for they’re acceleration; and the American car was the one that handled. Though it did hit speeds quicker than the gastly Ferrari Mondial. The bold design and digital dash(Known to go bad in this year) this is the best looking car of 84 as well.
The fun ends when you get in and press on the gas. Also the car is noisey; loader than the 85 or 86. The car is like a great looking, well handling dud. This website list its power was 230. I don’t know where that number came from, because the number given in on autotrader, American Muscle Car, NADA, and GM lists it at 205hp. (this the only miss print I have found so far) This is a year that fell between the cracks. The Tune-Port-Injection TPI 350 wasn’t ready, so they used the 82 base engine. The Cross Fire, a more horible word I never heard. There are no improvements for this engine, and if you want more power take it out and replace it with something better. Honestly look for an 85 if you want one. The power, well… Isn’t there. I was going to buy one to replace the engine, thats why I’ve been in so many. Also this is the most popular Vette. Make no mistake that the 4+3 is worthless, the auto is a better trans. Either way it is no faster than my 99 V6 Accord. With the same 0-60. The numbers I got from American Muscle car is a 0-60 of 7.4 secs and a top end of 125. Not good. Not good at all. Dark, dark day for the Vette. I would steer clear of this year if you’re not looking at total customized engine and just need one cheap. Word to the wise, go for a 85 on up. The TPI is much better all around, and can be maniuplated to make more power. The Cross Fire should have died in 82, that way it wouldn’t poison a beautiful car.
So to those guys who think this car is fast; well I am taking my V6 Accord and giving you a reality check. This is a average cars performance, not a Vette quality performance.