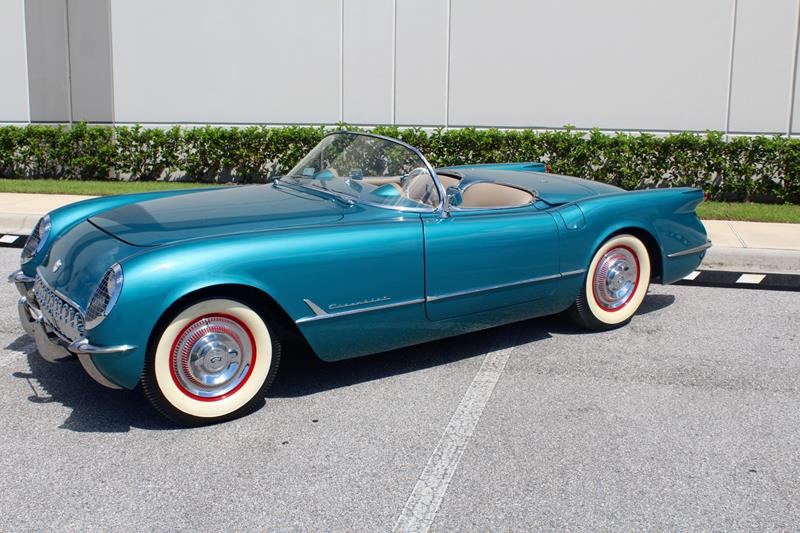 While the 1954 Corvettes were very similar to the 1953 models, it was clear that Chevy was continually working to improve the first sports car General Motors had ever produced. The Corvette was called an “experimental” car by Chevy the previous year, and it was originally never planned as a production car. But overwhelming public demand (and excitement within Chevy’s executive ranks) prompted the company to produce the car, though it was clear engineers were tweaking the car as it was being produced.

For example, gas and brake lines were improved throughout the model year, as were the awkward two handle exterior hood latch that was changed to a single-handle system. Additionally, the choke control was moved to a more convenient position and the rear license plate cover was altered so it would not fog up as easily.

But other than these minor changes and the new color options, the cars remained the same as the initial offering of the Corvette, which was in turn almost identical to the concept car that had first appeared in January 1953 at GM’s Motorama at the New York Auto Show.

Still under every Corvette hood was the Blue Flame Special engine, which was a modified version of the 235 CID inline six-cylinder used in many Chevy cars at the time. A two-speed Powerglide automatic was still the only transmission available for the car, which frustrated some owners.

Two factors that did change was the amount of total production and the price of the car. While only 300 Corvettes were made during the 1953 model year due to the late start of production, 3,640 were produced during the 1954 production year. The price dropped $724 to $2,774. Though this decidedly was an improvement, it was still well above the originally planned target price of the car, which was around $2,000.

Other than the colors and modifications that Chevy made, all Corvettes produced in 1954 were exactly the same – even though options were listed (such as the Powerglide transmission), they were all mandatory and weren’t actually options. In addition to the new exterior colors, the new Blue cars came with a tan interior instead of the Sportsman Red that was the only option the previous year. It has been reported that as few as six Corvettes came with the black exterior.

Whether because of the price or the lack of performance options, the original excitement about the Corvette did not translate to sales in 1954. Production had moved from Flint, Mich. to a new St. Louis plant that could produce 10,000 Corvettes during the year, but many 1954 models sat unsold on Chevrolet dealer’s lots for months and even years.

As mentioned, the 1954 model had loads in common with the 1953 Corvettes, but it was the 1955 Corvette that really got people talking about the Corvette again. This was mainly due to the first-ever small-block V8 engine that Chevy developed for the year. This bumped horsepower up to 195. And perhaps more importantly, this started the Corvette on the path to becoming a legitimate power machine, a path to becoming exactly what Chevrolet had designed it as: the first real American sports car. 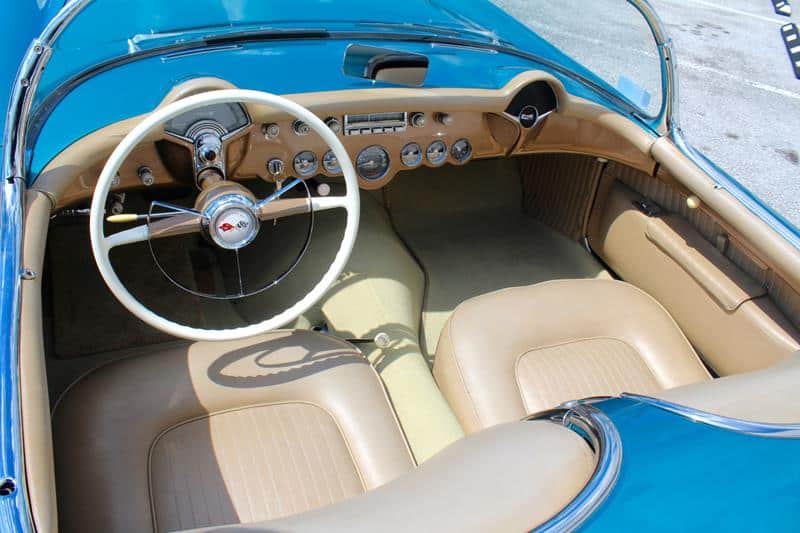 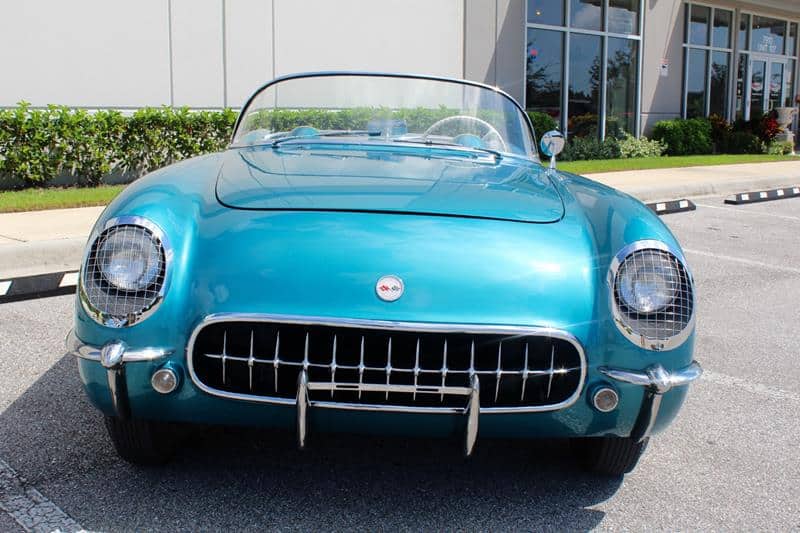 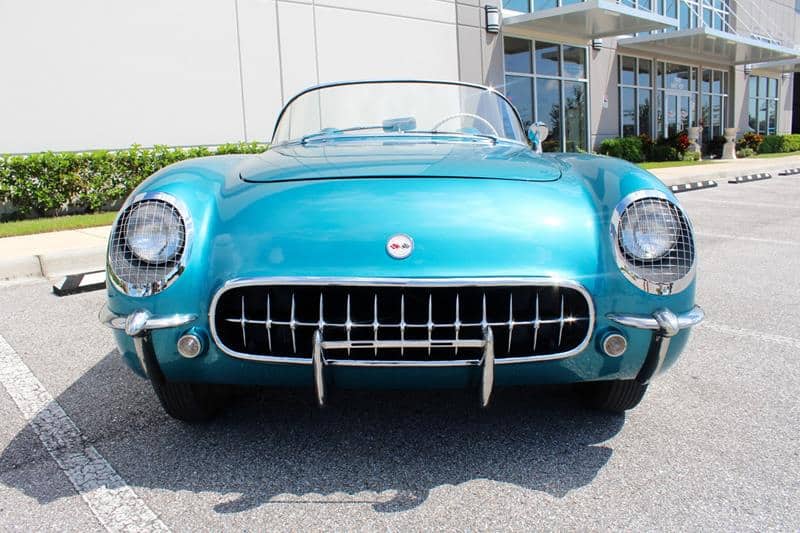 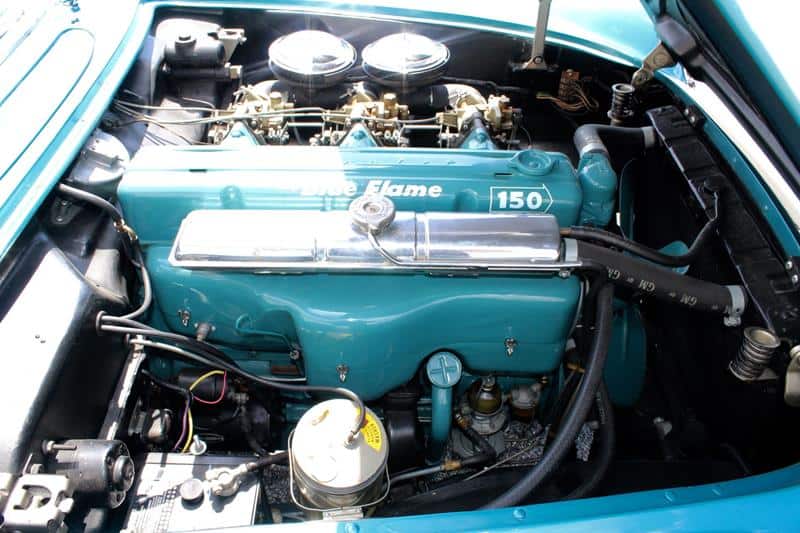 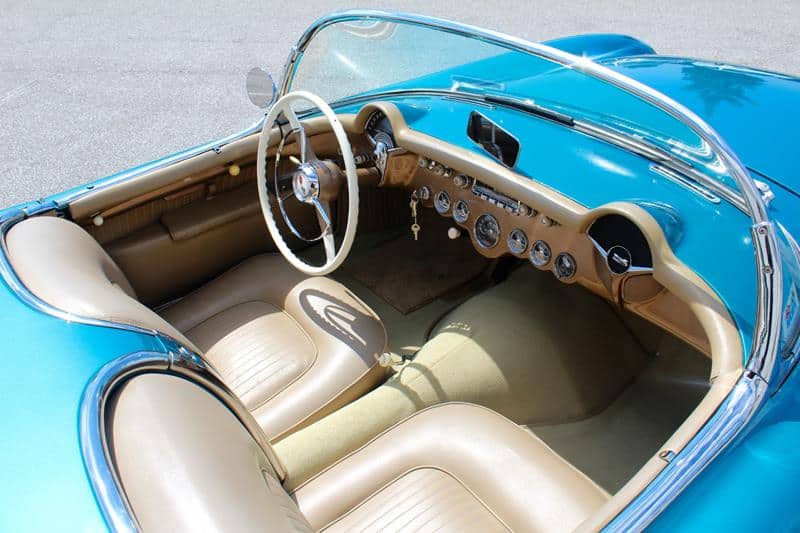