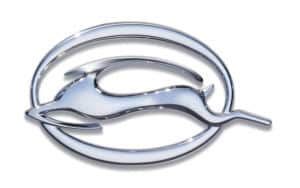 In 1961, the Impala SS (Super Sport) was introduced to the market. The SS badge was to become Chevrolet’s signature of performance on many models, though it has often been an appearance package only. The Impala’s SS package in 1961 was truly a performance package, beginning with the high-performance 348-cubic-inch V8 engines available with 305 brake horsepower, 340 brake horsepower, and 350 brake horsepower or the new 409-cubic-inch V8, which was available with up to 425 brake horsepower. The package also included upgraded tires on station wagon wheels, springs, shocks and special sintered metallic brake linings. Starting in 1962, the Impala SS could be had with any engine available in the Impala, down to the 235-cubic-inch, 135 brake horsepower inline-6. With one exception, from this point until 1969, the SS was an appearance package only, though the heavy-duty parts and big engines could still be ordered. From 1962-on, Super Sports were limited to the hardtop coupe and convertible coupe exclusively. The Super Sport package was known by Regular Production Option (RPO) Z03, from 1962-63, and again in 1968. As mentioned above, ’62-64 Super Sports got engine-turned aluminum trim, which was replaced by a “blackout” trim strip in ’65 which ran under the taillights. “Super Sport” script replaced the “Impala SS” badges in 1965 and 1966.

The exception was the Z24 option package available in combination with the standard Z03 Super Sport package. Starting in 1967 through 1969, buyers of Impala Z24s got cars badged as “SS427” models. The SS427 included a heavy-duty suspension and other performance goodies, as well as a Turbo-Jet 427-cubic-inch V8 in either L36 (385 brake horsepower in 1967-1968, 390 brake horsepower in 1969) or L72 (425 brake horsepower) in 1968-1969. Special SS427 badging, inside and out, was the rule, but few were sold since muscle car enthusiasts were looking toward big-block intermediates such as the Chevelle SS396 and Plymouth Road Runner, which were lighter and faster off the line. From 1968 to 1969, Z24s could be ordered without the Z03 SS package, which meant SS427 equipment but no bucket seats or center console.

The Impala SS could be identified by “SS” emblems on the rear fenders and trunk lid. The Impala SS became its own series (separate model rather than an option package) for 1964. In 1968, the Impala SS once again became an option package. 1967 and 1968 SS427s got a special domed hood and body emblems, and the 1968 model featured “gills” on the front fenders in front of the wheel opening, possibly to remind people of its Corvette cousin. In 1969, the Impala SS was available only as the Z24 (SS427), coming exclusively with a 427-cubic-inch V8 of 335 brake horsepower, 390 brake horsepower, or 425 brake horsepower. This was the final year for the Impala SS until 1994. Those 1969 Impala SS cars were often considered “sleepers” in that there was no distinctive SS badging inside the car (again there was no Z03 offered that year), and a true 1969 Z24-optioned car is the rarest and most collectible of the SS427 years.

1969 was the last year that the Impala SS was offered with the Z24 package, but the only year in which front disc brakes and 15-inch wheels were standard; that made the 1969 SS427 better than the previous version. Although the 427 was replaced by the 454-cubic-inch Turbo-Jet V8 in 1970, the SS option was gone. Thus, the 1969 Impala SS427 got the best of both worlds, which is why it is so valuable and is often cloned today.