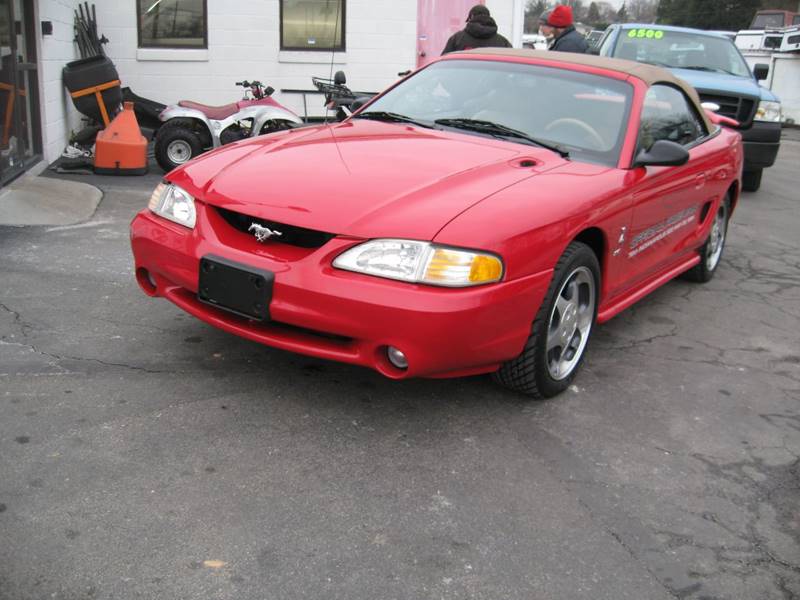 “The all-new Mustang. It is what it was, and more.” 1994 Mustang sales brochure

While the Mustang had remained almost entirely unchanged from 1987 to 1993, the new redesign was a breath of fresh air for the Mustang. The industry took notice of this, and the car won Motor Trend’s Car of the Year award in 1994. The car was more aerodynamic and its exterior looks intentionally harkened back to the earliest Mustangs. Instead of the blue oval Ford logo, the pony emblem had been reinstated to again grace the front of the Mustang.

Built on a new platform known as the Fox-4, which was an updated version of the Fox platform that all third generations had been built on, the new models featured a stiffer chassis and a new suspension that offered a smoother and tighter ride.

The interior of the car mirrored the exteriors new smooth curved lines. The instrument panel flowed neatly into the rest of the dashboard which flowed smoothly into the sides of the car and through the doors. The center console, which by now was a standard feature in the Mustang, now mixed smoothly with the rest of the interior. Also available for the first time was a CD player, which was part of the new 230 watt Mach 460 sound system.

No Mustang had been available with a V6 since 1986. The standard engine was now a 3.8 litre V6 producing 145 horsepower. This was quite an improvement over the base four-cylinder’s performance of 105 horsepower the previous year, and offered a little more power even to those who did want to spend the money for a GT model.

The GT models were visually distinctive from their base model counterparts chiefly because of the rectangular fog lights embedded in the front fender and the GT decals. Both the coupe and convertible model sold well, the convertible in particular, with production at 30,592 and 25,381, respectively. The GT coupe had a base price of $17,280, while the convertible started at $21,970.

Like all models this year, the Cobra was available in both coupe and convertible models (it was not available in a convertible form when it first appeared the year before. In addition the more powerful engine and upgraded trim options, the Cobra could most easily be distinguished by its round fog lights at the extreme edges of the bumpers.

With the elimination of the four-cylinder engine, Ford was essentially acknowledging that the Mustang was no longer competing with very small gas-savers, as it had been for most of the 80s following the fuel crisis. By 1994, fuel-efficiency was still important but was not the only thing on car-buyer’s minds. A trend had begun the year before of most of the top selling cars in America being mid-sized family cars, with the most popular being the Ford Taurus, Honda Accord and Toyota Camry.

Those last two show the popularity of Japanese imports, constantly rising through the 80s, had reached heights equal to that of many domestic cars. Now, Ford’s primary competition was other cars that offered performance. Old foe the Camaro had been restyled in 1993, and both cars were back to being on the same playing field, and options, price and production was nearly identical between the two cars in 1994. 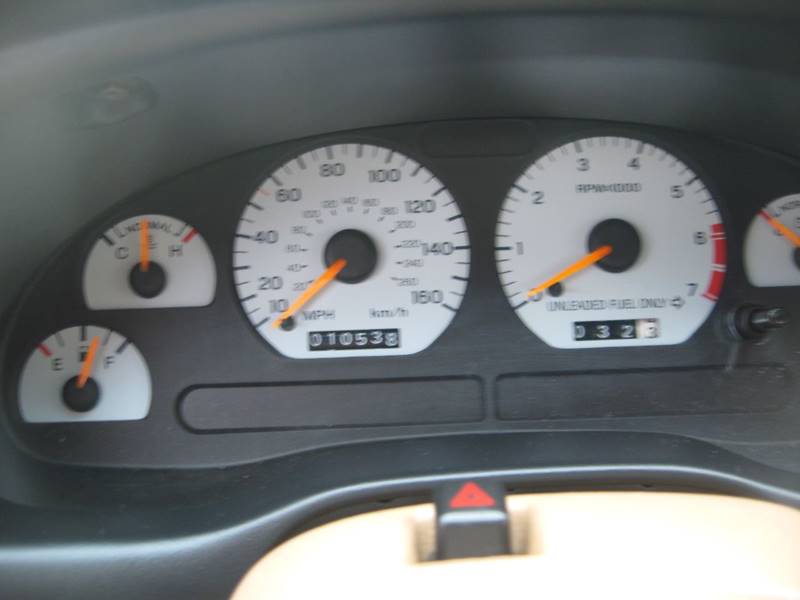 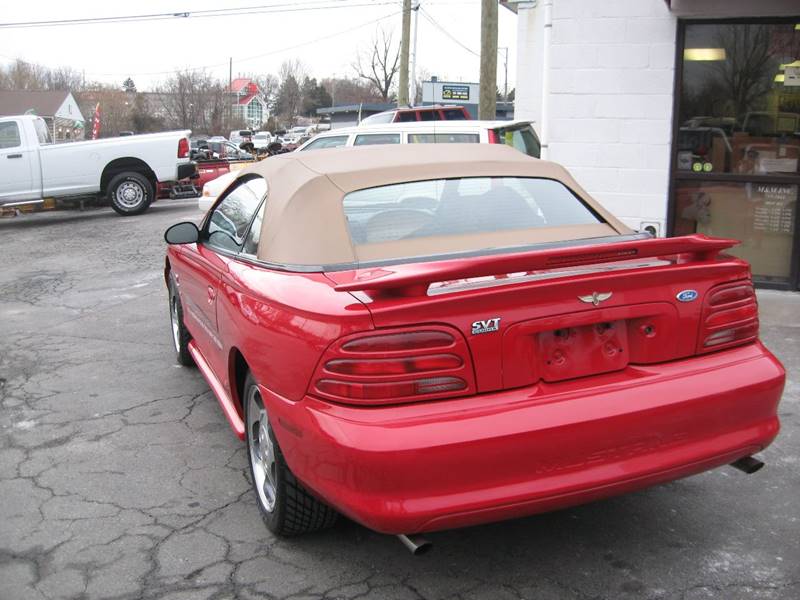 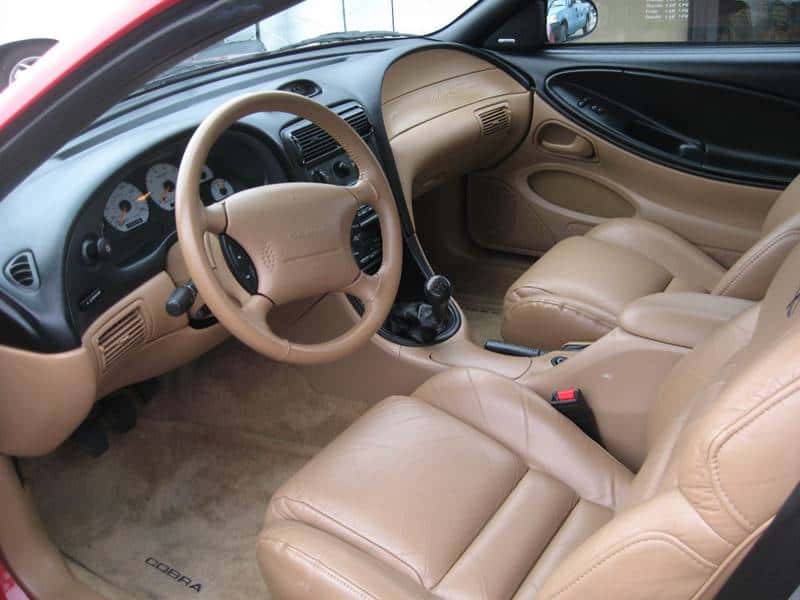 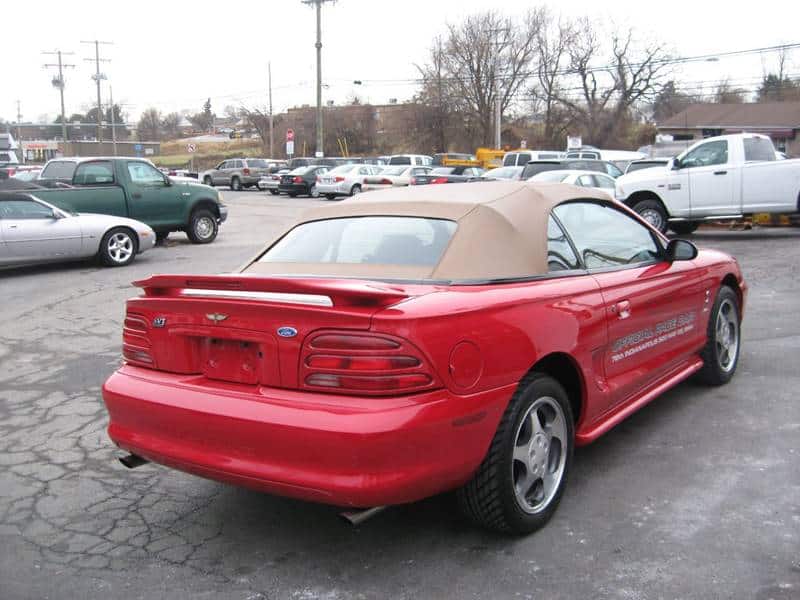