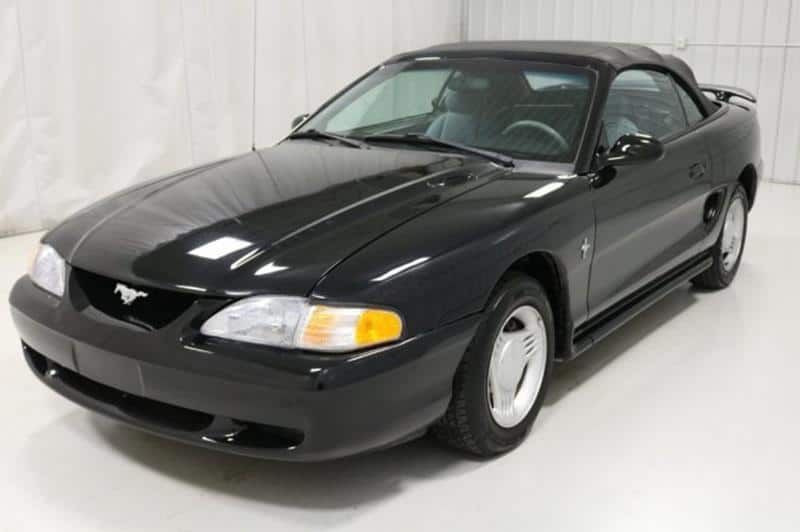 Like the original pony car of 1964 that inspired it, today’s Ford Mustang is unique in all the automotive world. It’s as true now as it has ever been: there’s nothing else on the road quite like a Mustang.” 1995 Mustang sales brochure

While very few changes were made to the base model cars, the big news for Mustang in 1995 was the introduction of new Mustang models. The aforementioned Cobra R was one of the most powerful stock Mustang ever produced, with its 300 horsepower produced by a 5.8 litre V8 that also produced 365 foot-pounds of torque. Additionally, the car was stripped of its air conditioner and rear seat, among other things to keep weight down. Buyers of the Cobra R were required to have a National Hot Rod Association and/or a Sports Car Club of America license.

The GTS was essentially the same as the LX 5.0 Mustang that had been available in the late 1980s and early 90s. It’s been called a poor man’s GT, and one of the only factors distinguishing it from the base model was it also included the GT’s 150 mph speedometer. 1995 would be the only year the GTS was available.

Other than these new models, the 1995 Mustang showed almost no change from the previous year. The GTs still distinguished themselves with fog lights and a rear spoiler, while the Cobra’s fog lights were round and set wider on the front of the car. Sales, however, were up, and total production was only 14 units shy of 186,000. To put it in perspective, this was well over twice the amount of Mustangs produced in 1992.

A 3.8 litre V6 producing 145 horsepower was again the base engine. The GTs came standard with the 5.0 litre V8 that had been a fixture of the Mustang throughout most of the third generation. 1995 would prove to be the last year of the 5.0, as a 4.6 litre engine producing the same amount of horsepower would be introduced in 1996.

Also changing very little from the year before in terms of styling and visuals, the GT remained popular and production of the coupe version rose to 40,718, an increase of over 10,000 from the year before. Sales of the convertible model of the GT, however, were down, with a total of 16,668 being produced.

1995 was the first year the Cobra carried the SVT Cobra label (with SVT standing for Special Vehicle Team). A total of 5,008 Cobras were produced, including the coupe and the convertible models. Cobras came with a base price of $21,300, over $1,000 less than the year before.

The Cobra R was produced in a limited run of 250 cars and wasn’t available as a convertible. To further distinguish the model, it was only available in white.

1995 was the first of six years when the top selling cars in the country were the Ford Taurus, the Honda Accord and the Toyota Camry (though the order of the top three spots often changed). Though the shift had been foreshadowed for a few years, it was clear by this point and throughout the rest of the 1990s that the mid-sized family cars were the choice of many American car buyers. It was also clear that Toyota, Honda, Nissan, Volkswagon and other imports were not a merely a fad of the 80s but were here to stay and compete with domestic companies.

No longer in competition with small, fuel-efficient cars, Mustang, particularly when equipped with the V8, was in a new class that resembled its competition during the pony car wars of the late 60s and early 70s. In fact, the Chevrolet Camaro was one of its direct competitors once again, offering many of the same power and comfort options at a similar price. Production numbers for Camaro were comparable to the Mustang throughout most of the mid-90s, as well. Camaro’s cousin Firebird, as well as the Nissan 300ZX were among other models competing with the Mustang in 1995. 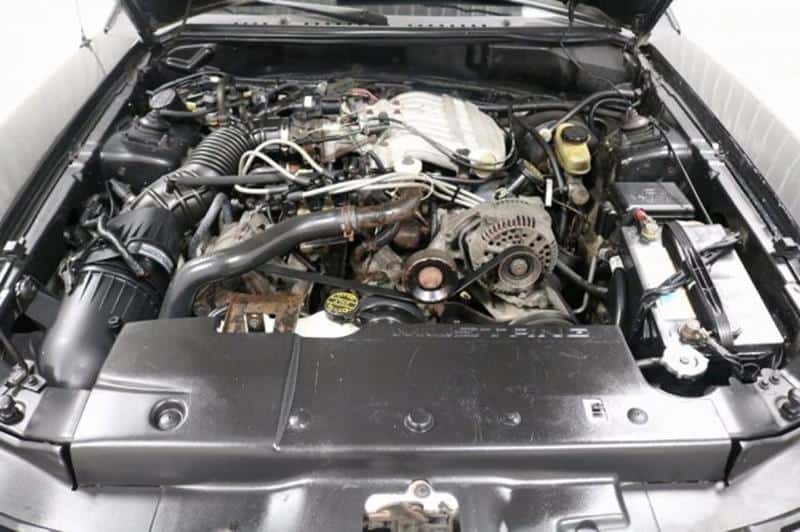 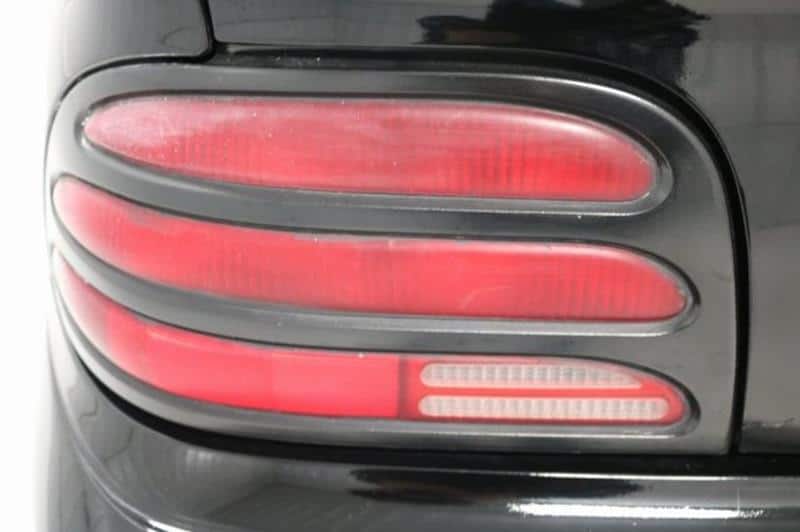 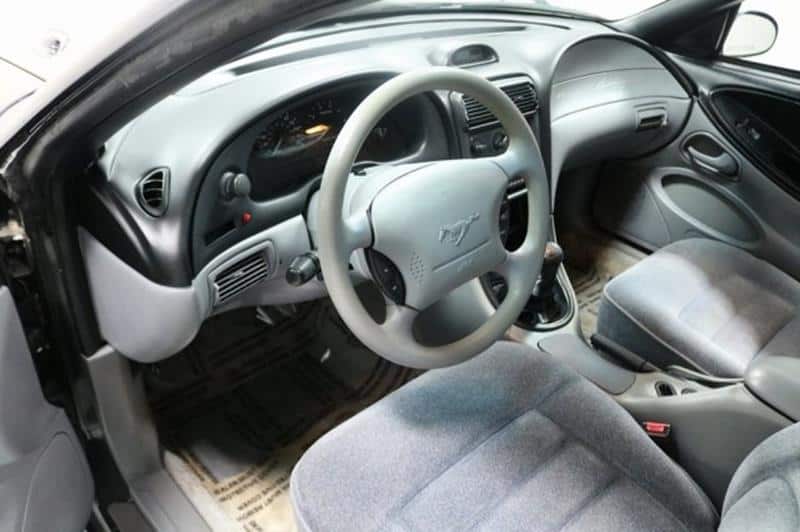 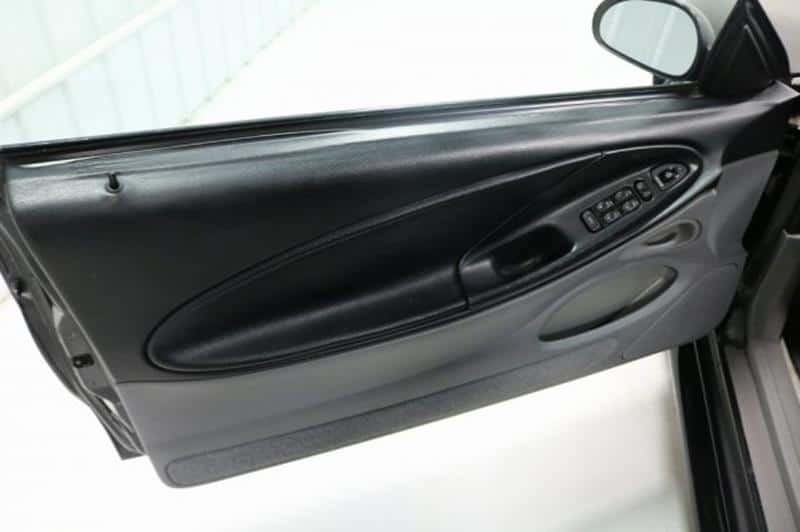 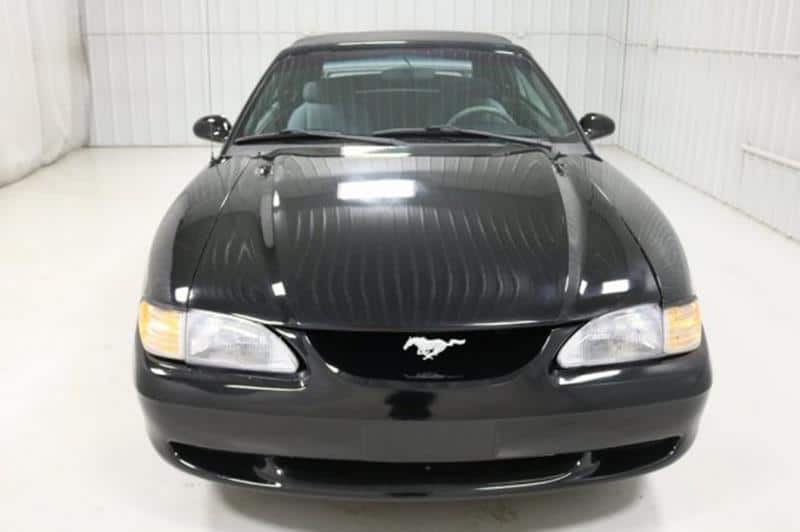