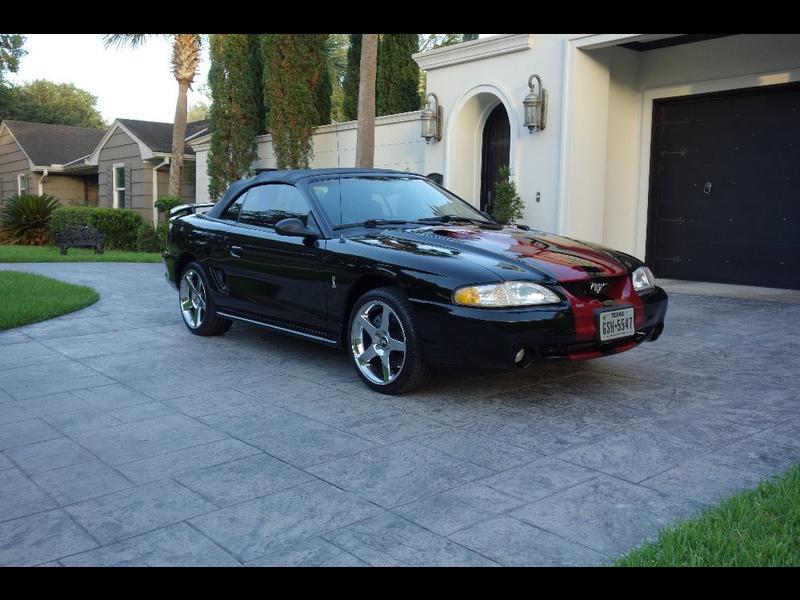 “Mustang. There’s nothing else like it under the sun.” 1996 Mustang sales brochure

In the past, when Ford restyled a Mustang and saw successful sales, it rarely made changes to the style until sales started to drop. The fourth-generation Mustang proved to be no exception to the rule, as the Mustang had barely changed at all since the style’s introduction in 1994. Even the two new models introduced for 1995 (the Cobra R and the GTS) were discontinued for 1996.

And sales did reflect a car buying public possibly already becoming tired of the style, as production dropped by more than 50,000 units from the previous year to 135,620. As the styling stayed the same the next year, sales continued to fall.

But the big news was the new engine, which was modular and more technologically advanced than its predecessor. Many were sad to see the 5.0, which had been the signature of the third generation Mustangs, be retired (along with the many aftermarket parts available), but the new engine compensated by putting out the same amount of power as its predecessor. The 3.8 litre V6 remained unchanged as the base engine other than a 5 horsepower addition, bringing the total to 150.

In addition to the taillight change, one of the other only differences to the exterior would be the addition of a honeycomb grille, which would disappear the following year. Inside, nearly nothing at all changed, but the interior still had a sleek and modern look with its flowing lines that matched the aerodynamics of the outside styling.

Despite the drop in total production, the base V6 coupe Mustang maintained relatively high sales, with production at 61,187. Production of the convertible was nearly cut in half from the year before, and totaled 15,246.

As mentioned before, the Cobra V8 engine received a substantial boost in power, from 240 the previous year to 305 in 1996. Otherwise, the Cobra was essentially the same as both the 1994 and 95 Cobra, with distinctive round fog lights and special Cobra decals and trim.

Judging by the top selling cars, it seems that the mid to late 90s were the glory days of the mid-sized family sedan. For six years, starting in 1995, the best selling cars in America were the Ford Taurus, the Honda Accord and the Toyota Camry. Therefore, Mustang had turned its attention away from competing with fuel-efficient cars with its elimination of the four-cylinder engine option.

Instead, Ford was back to competing with a class of car that could have been called pony cars, if the term had still been used at the time. Mustang was like the Camaro, Firebird and, to an extent, the Nissan 300ZX in that it provided powerful engine and horsepower options in affordable packages, and all could also be found in less powerful but more fuel saving options. Though Camaro had lower base prices in 1996, its production hit a low with a total of only 66,827. 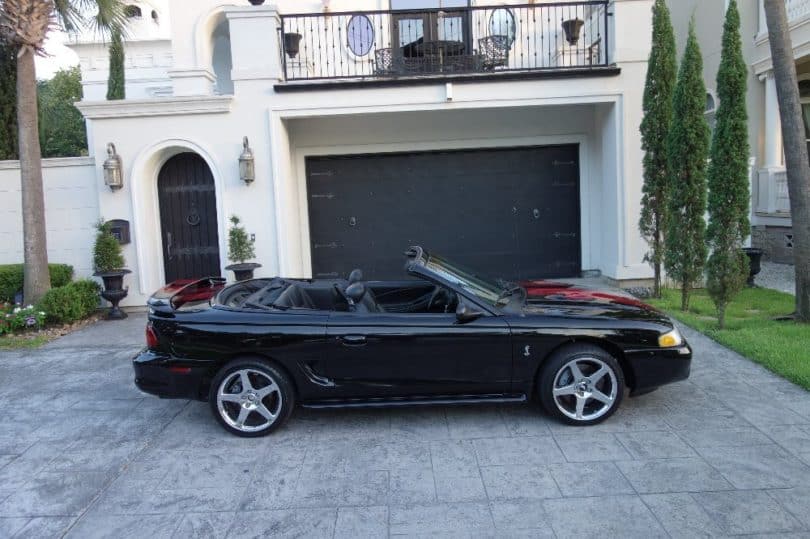 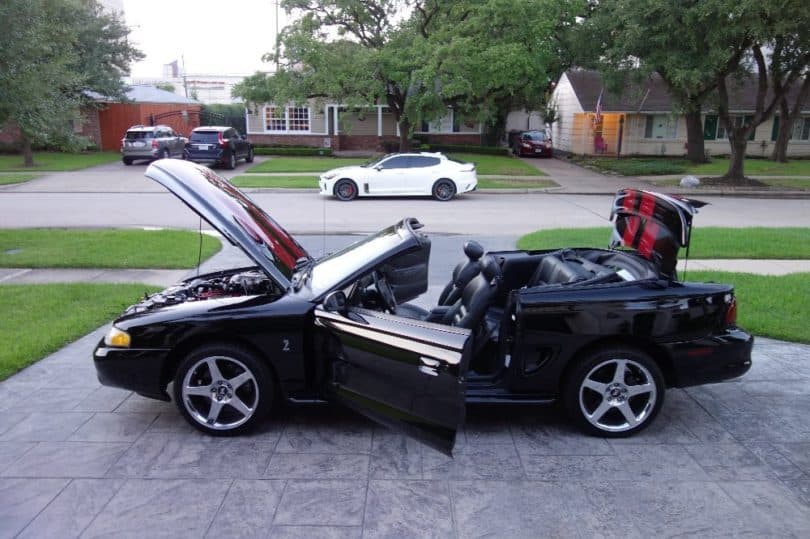 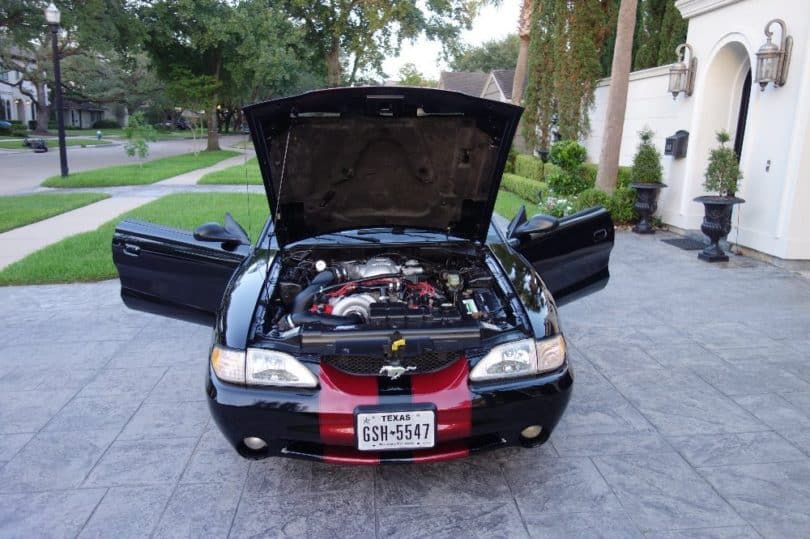 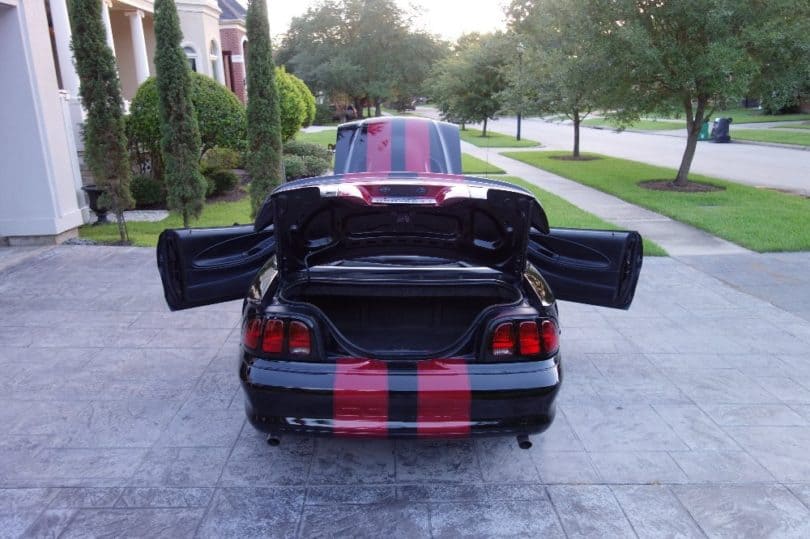 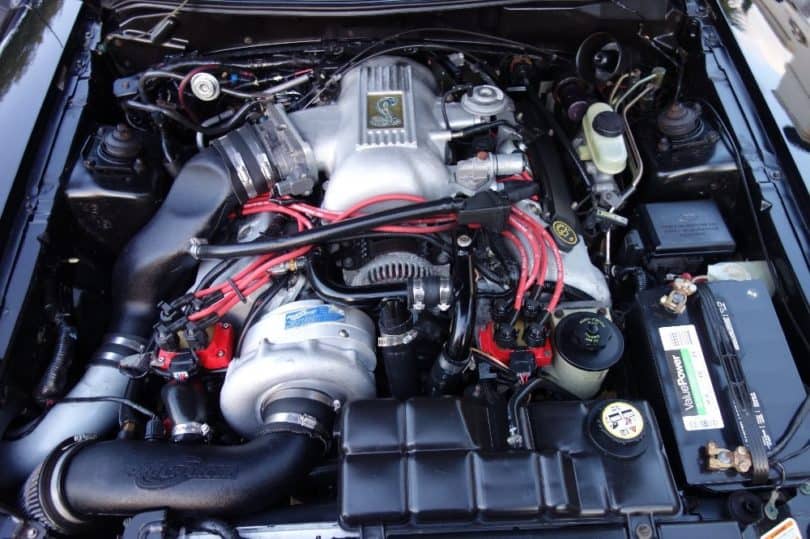 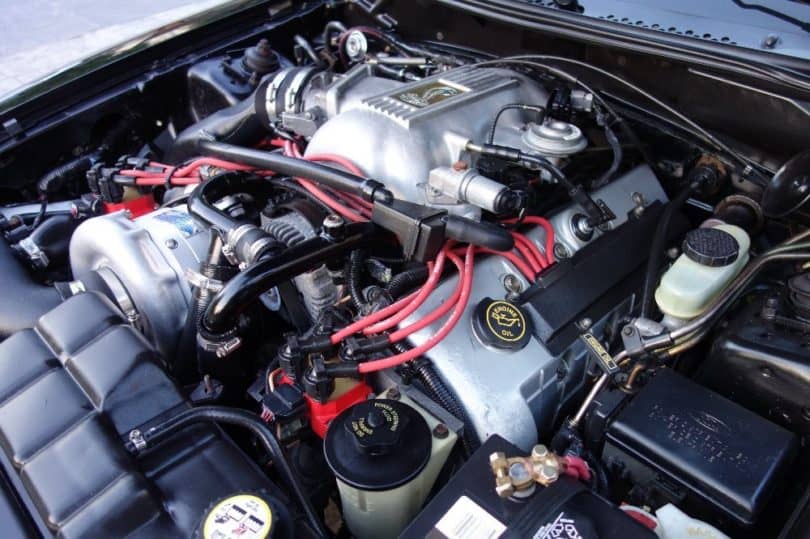 Descent car with lots of potential

I’ve owned a 96 GT for almost 3 years. The SN95 has aged well, it does not have the harder edges of the New Edge versions from 99-04. Biggest issue I’ve had with looks if the paint is shot, but the car is 16 years old.
Performance, no the car is not fast. It has the same rating as the 5.0 it replaced. Unlike what Jason said below, do some research, these engines can push 500hp NA and 650hp+ when blown (search MM&FF and 5.0 mags for details). I love the fact that I easily put 17×10 rims/tires on the back. Open up the exhaust (get rid of the 6 cats) and not only does performance go up, but nothing sounds like a Stang with Flowmasters!
The interior is standard Ford fair, the same basic stereo was available in multible car models. But find one with the Mach 360 and you’ll be surprised by the sound. Door panels seem to be the biggest issue as they peel from the top. Replacements are still available from for from $250 for the solid black, and $700+ for the 2 toned ones.
Reliability. Only had a few repairs. Intake manifold cracked at the heater core head nipple at the back (common problem). Intake cost $150, took me 3 hours to replace it in my driveway. Fuel pump went out, upgraded to higher flowing one while I had the tank dropped $125. (Replace the gas tank filler grommet while you have the tank out $29 from Ford). And the crappy battery that is in the car from Advance Discount Auto Parts keeps losing its charge, not the cars fault (no drains)

This car isn’t bad at all

First off Chevy dude is wrong on most accounts.

Chevy dude, can you spare a waterpump and some hor

This is the first year of the return of 4.6L. Well sort of, like the 5.0 being a 4.9 this was really a 280ci. Thats a 4.5L. This engine was lighter and more advanced? This was all bull. This engine has 215hp. Less than the little light 5.0s by 10hp and this car now weighed 300lbs heavier. That equils a slower car. The lack of torque couldn’t produce the torque of the old 5.0 either. So this ment the car was slower in the quarter. Really this car in a GT coupe auto was slower then a V6 Maxima of the same year. Accually the 5speed was running around the same time of 7.0secs. Yeah, this is why the tuners can bash American cars. Things like this. Well now you’re thinking that it can be tuned and hot rodded. Yeah, get another engine. The cobra 280, 351W, 302W, 347 or anyother injected motor. The reason I say this is the 280 from 96-98 only are good for a natrually aspirated 400hp. The 302 is good for 450-500hp. Oh and supercharging, well the engine is good for 450hp before reliablity becomes a real problem. In truth reliablity is never good with this car. It needs a waterpump every 2-5 years and 30,000 miles from Ford. Even when you upgrade this car will have more issues. I have had two friends that owned a 96 and 97 and they were in the shop more then the road. With little things. So as a hot rod, this car is awful.
Now for the good. Well the car has four wheel disc brakes and handles decently. The GT package makes the interior seems like a luxery car. I think thats what Ford thought this was. Pleasant dash, and easy controls; this well, is the cars biggest pleasure. And for some it is worth the issues. Not for me.
Ah the most important issue of a everyday driver, is the economic factor. Do you need a car like this. No. Do you want one, well I will try to give a positive view point. The car is luxurious, pretty(to some), gas milage is 17-25(manual) 16-24(auto){the same as a fox 5.0!), gets better emissons(ford biggest horsepower robber,{if emissons is a factor for you then what are you looking at a mustang for you jerk} also this dosn’t mean that it will pass easier) and ABS. This is a confort car. Not for performance lovers at all. Really when you compare the 96-97 mustang GT to the Camaro z28 you are talking about a car that does 60- 7sec a quarter of 15.8 and top end of 135 VS 5.8-5.5sec, 14.1-13.9sec and 165mph top speed. They don’t ever compare. So if you want a 96, well just say Cobra, Cobra, Cobra.
The real car to talk about. The Cobra has some of the issues but none of that is the performance. The car is good for around 500hp and is different then the GT block from the ground up. This car holds 300 hp and is competitive with other cars of the day and now.

In short the 96 is a bad year for the GT all around(except interior) and the Cobra had a good year.