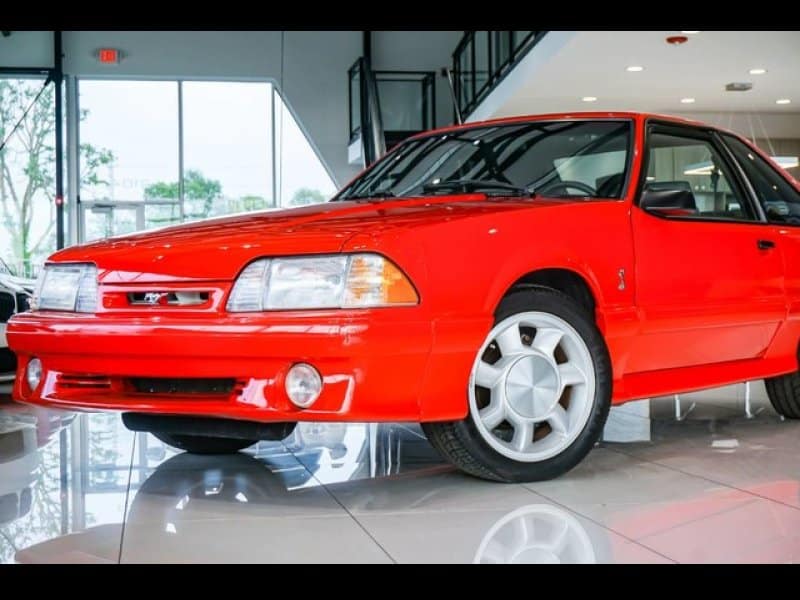 “If you’re really serious about the fun of driving, for you there’s Ford Mustang. The car that puts sporty car styling and performance on every street and highway in America.” 1993 Mustang sales brochure

The SVT Cobra, built by Ford’s new Special Vehicle Team, was by far the bright spot for the 1993 Mustang, the last year of production for the third generation Mustang. While the Cobra was defined by exterior differences from the other Mustangs, its appearance is more subdued than that of the GT. Other than the requisite Cobra badges, the Cobra came with distinctive seven-spoke, 17 inch aluminum wheels, a rear wing and a slightly restyled nose featuring the Mustang pony rather than the round blue Ford emblem on the other Mustangs.

But the performance is what set the Cobra apart. In addition to the new Cobra 5.0L engine, the car featured a Borg-Warner T-5 manual transmission (it wasn’t available as an automatic), Koni shocks and larger breaks. Also available as a limited run was the SVT Cobra R, with the “R” standing for racing. It contained the same features and engine as the regular Cobra, but had wider wheels and tires as well as a larger front sway bar for extra handling. Only 107 Cobra SVT R’s were produced.

Other than the Cobra models, the rest of the Mustang models continued a six -year trend of very little change. The base engine was still the 2.3 litre four-cylinder that had been modified three years prior to produce 105 horsepower instead of the traditional 88 that engine had been known for. Other than the horsepower reduction, the 5.0L V8 was also exactly the same as it had been since the early 80s.

The LX model was once again available in its base model or the LX 5.0, which, as it sounds, puts the V8 into the standard model Mustang while also upgrading the instrument panel to the GT’s sportier model. The LX was the only model line that contained the option of a coupe, and could also be purchased in a hatchback or convertible. The base price for the coupe was $10,719.

Nearly nothing was changed on the GT model’s, either, which came with the V8 standard and was only available in the hatchback and convertible body styles. Fog lights, a front air dam and side fender scoops again distinguished the exterior. Base price for the 1993 Mustang GT (hatchback) was $15,747. To compare, the LX 5.0 hatchback model had a starting price of $14,710.

As it had been basically since the inception of the third generation in 1979, the Mustang had to compete not only with fuel-efficient economy cars, but also with an ever-increasing number of high performance sports cars. By the late 80s and early 90s, Mustang had attempted to do both with the two different engine options. Drivers who wanted a sporty looking car without spending much on gas could have the four-cylinder, and those who wanted performance could opt for the V8.

By 1993, many Mustang drivers were choosing the performance option. For the third consecutive year, mid-sized sedans topped the United States best-sellers list (Ford Taurus, Honda Accord and Toyota Camry). To generalize it a little, it seems that the trend was to go with a roomy car that got decent gas mileage or opt for the high-performance of a Mustang or a competitor like the Toyota Supra or the ever-present (again) Camaro.

Regardless, with 1993 being the last year of the third generation Mustang, Ford was working on a major overhaul for the following year in an attempt to increasing slumping sales numbers. 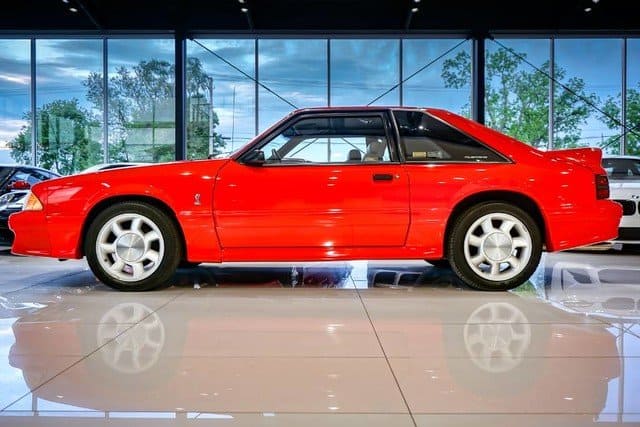 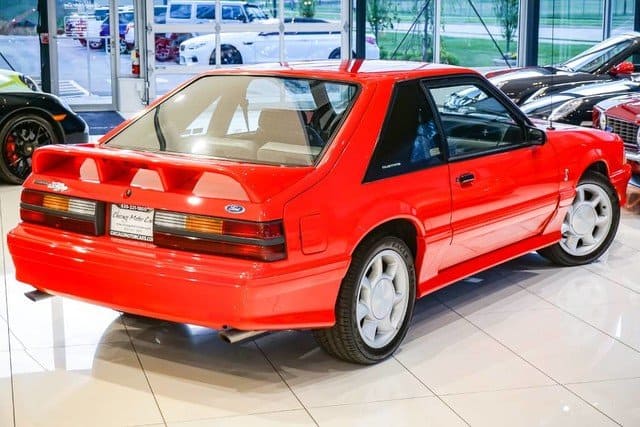 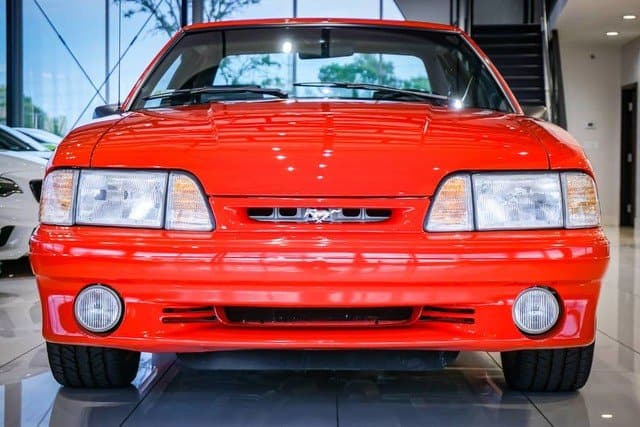 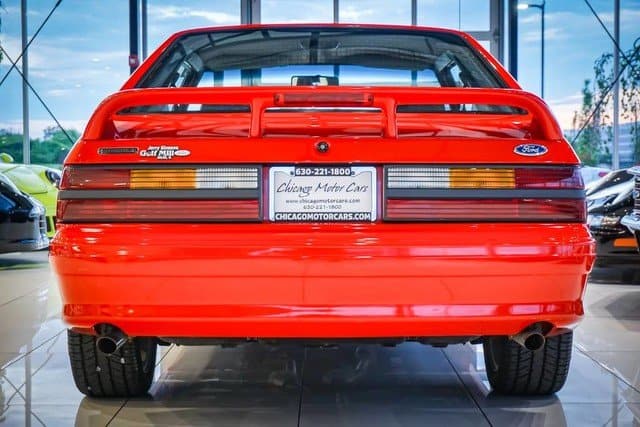 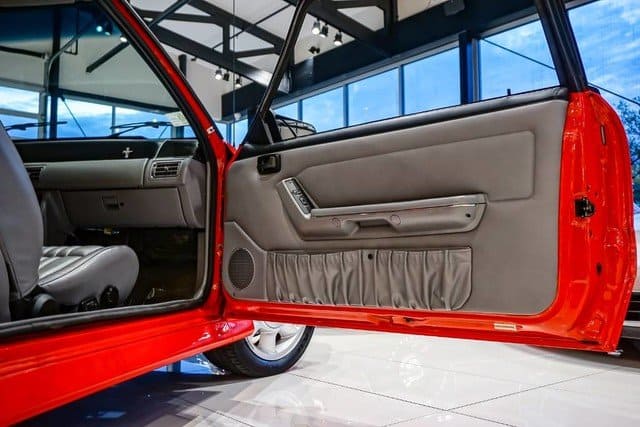 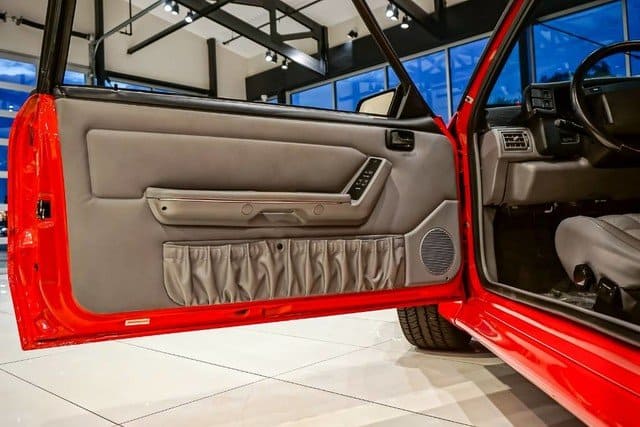 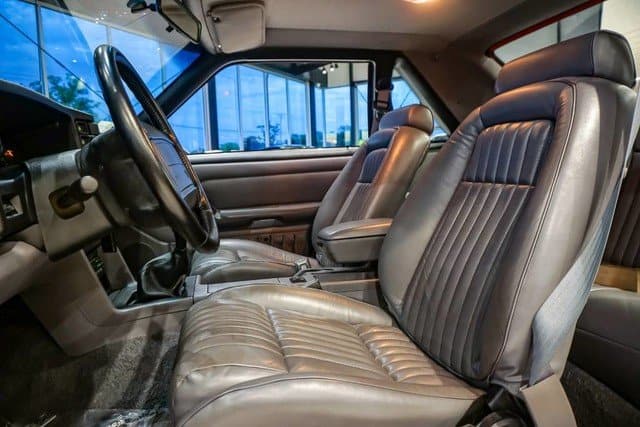 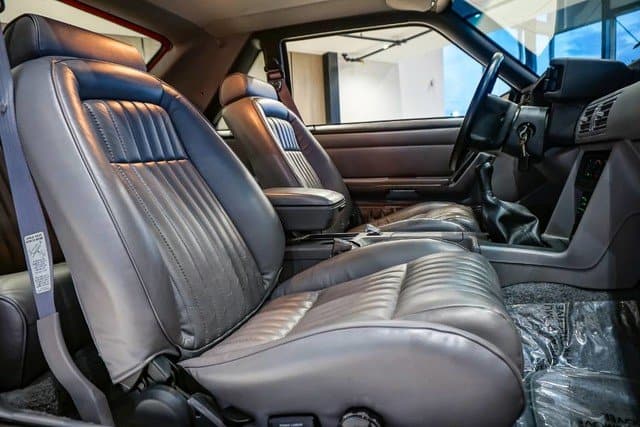 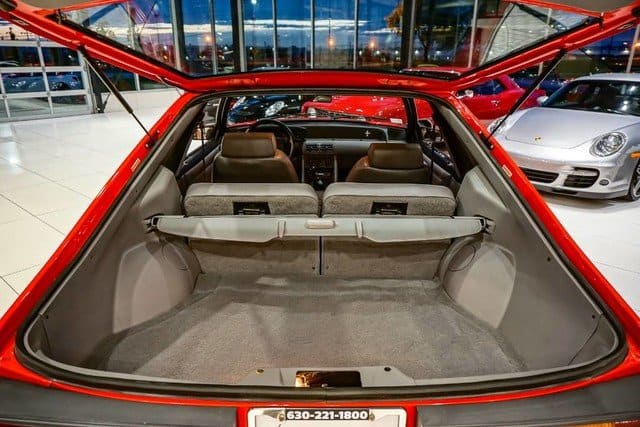 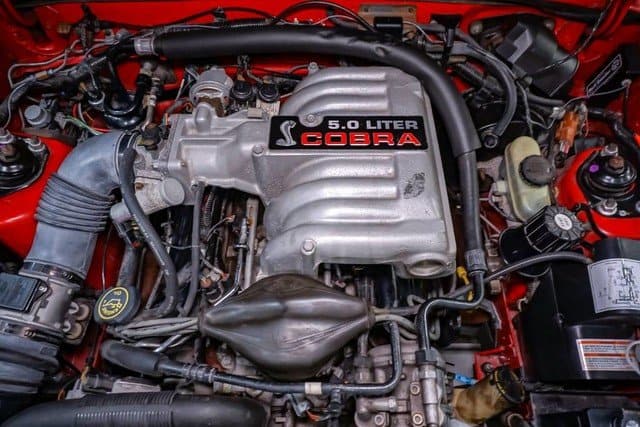 This was a mistake

I made a mistake of buying one of these. A Lx 5.0 and my friends custom civics and 80s Zs were faster. My other friend has a 90 thats a fine GT0. But I must have bought a dud

The reviewer below is the joke

If this concerns you read How to Tune a 5.0. I didnt wright something cause I wanted to make it up. Its written and if you look at the horsepower its rated lower then anyother year. It was a emissions thing and if you know about the 5.0 pushrod it was never good at emissions. If you disagree then dont go by the internet, where apperantly everyone thinks they’re a mechanic or racer. The book How to Tune a 5.0 is done by a real 5.0 nut who works at 5.0 mag. Who would you trust to get information, one site or the whole automotive world.

This was a Stang like any other. It was a step back in 86 in terms of power, but with new saftey features it was havier. Also the car gave out less torque, and was the same in handling and braking as the 87-92. So it wasn’t the greatest,and with out its straight line performance it was a loss.
The problem was in the engine. Ford had changed internals for cost and emissions. What happend was a more resrictive engine, that not only had restrictive heads, but the internal pistons and crank were the main faults of this car. Now the 0-60 of an auto(which auto trans are not Fords strong point, and they lack power transfering that seems to be absent of GM and Mopar cars) was 8sec flat, from a 92 auto of 7.2. Well thats a big jump back, the 5 speed cars were really lacking too. It went from 6.2 to 7.1 to 60mph. This car then became a joke on the street as the Five Slow! If you pulled up to one, you would almost think wow the is a quick four cylinder, or man that guy really can’t drive that thing. Yeah well it didn’t take long for the green horn drivers to make it into a joke. Sure this car was more emissions safe, but it was a cost thing that Ford did and kept until 95. This was a horable end for the Fox. What an insult to the GT/Lx 5.0. What made the 89-92 so popular was its after market performance, sure the 93 could take them but it wouldn’t see the increase of power. So unless you were going down to block in upgrading(if you plan just get a new block its cheaper)this car could never get the power. The 93 was limited to around safe 400hp where the 87-92 could make 500 on the bottom end.
There was one good thing, and it almost made up for this loss. The Cobra! This is a mildly custome 92 GT, but it was made to perform. The Cobra R brought the handling and braking of the Fox to a head, and the normal Cobra got similar upgraded. Four wheel disk brakes! Upgraded shocks and struts, making it handle a low to mid .9g compared to the mid .8g(An upgrade that is a must for anyone tuning a 5.0) The performance was up too. Not much, but thanks to a mildly ported upper and lower intake and enlarged throttle this car was up 15hp.(Not much compared to what Edelbrock, Holley,BBK or several other brands offer now)This made the car launch to 60 in 6secs and 5.8 in the cobra R. Now the top end was 150mph compared to 138 of previous years. However, still the standard GT was down to 130mph. So this was a win/lose year and even with the power loss the miles per gallon were still low. This was low technology and the start in the wronge direction in which the mustang GT wouldn’t be rid of until 1999 but at least the Cobra started again and gave us what we wanted.
I feel this was a losing year even with the Cobra. Case and point it was the end of a performance deal with the GT for six years and the death of the Lx V8. So beaware when buying one, that you will spend your time wishing it was a 92 not a 93.