“The enjoyment you get out of a Mustang is far greater than the money you put into it.” 1992 Mustang sales brochure

Other than the aforementioned special edition packages, very little changed in any Mustang model from 1991 to 1992. In fact, almost nothing had changed since the restyle of 1987. While the Mustang, particularly the GT models, was a very good version of what had come before in the third generation, it was clear that buyers were beginning to consider the look stale by 1992 as production dropped to an all-time low. Only 79,280 Mustangs were produced that year, compared to 211,225 only three years earlier.

One interesting note in production was that there were almost as many LX 5.0 Mustangs produced as GTs, at 19,131 and 20,445, respectively. The LX 5.0 was Ford’s response to the many buyers upgrading LX models to the 5.0 V8 engine, which increased performance as the LX model weighed around 200 pounds less than the GT. For the previous two years, the LX 5.0 also included the GT’s tighter sport suspension, but that was now standard on all Mustangs.

The base 2.3 litre four-cylinder engine continued to boast a horsepower rating of 105, a new upgrade introduced in 1991 that improved upon the 88 horsepower rating the engine had held since its introduction in 1974. The 5.0 litre V8 produced 225 horsepower as it had for the previous few years.

Though they were 1993 models, the SVT Cobra Mustang models would be released in the middle of the year. Though it didn’t affect 1992 models, it did show Ford’s drive to add something extra before the complete redesign came around in 1994.

The LX model was the only Mustang available in all three body styles: coupe, hatchback and convertible. Sales of the coupe, not nearly as attractive on the Fox body style all third generation Mustangs were based upon, continued a downward trend seen since the introduction of the third generation. Production for the coupe was at only 15,717, compared to 40,093 for the hatchback and 23,470 for the convertible.

As it had been for two years, the GT now came standard with 16 inch wheels and performance tires (these were also included on the Mustang LX 5.0). Otherwise, it was basically the same car it had been since 1987 with the inclusion of fog lights, a front air dam and side fender air scoops, along with the distinctive “GT” markings on the exterior and the inclusion of the now famous “5.0” label on the side.

1992 was the second of three consecutive years that would see the best-selling three cars in the United States the Honda Accord, Ford Taurus and Toyota Camry, although the order changed each year. Though the Mustang was not in direct competition with any of these cars, this fact is telling about the American car market at the time. First, after a decade of extreme fuel-efficiency, mid-sized family sedans were becoming the most sought after cars. Secondly, imports like Honda and Toyota were no longer just taking ever-growing shares of the domestic market, they were among the leaders.

The Mustang played to its strengths as a performance vehicle when it contained the V8 engine. For a relatively low price, the car provided a fun-to-drive, quick machine at a value. For those worried about fuel-efficiency, the four-cylinder delivered that in the same sport package. All of this is to get to the point that car competition was not nearly as clear cut as it had been in the Mustang’s early days. It was easy back then to compare pony car to pony car, but now the scope of competition was so wide, it was hard to name a direct competitor to the Mustang, particularly since it was such a versatile car depending on options. The low sales numbers were more of a reflection of the economy and the public’s fatigue with the tired body style than of direct competition from other car makes. 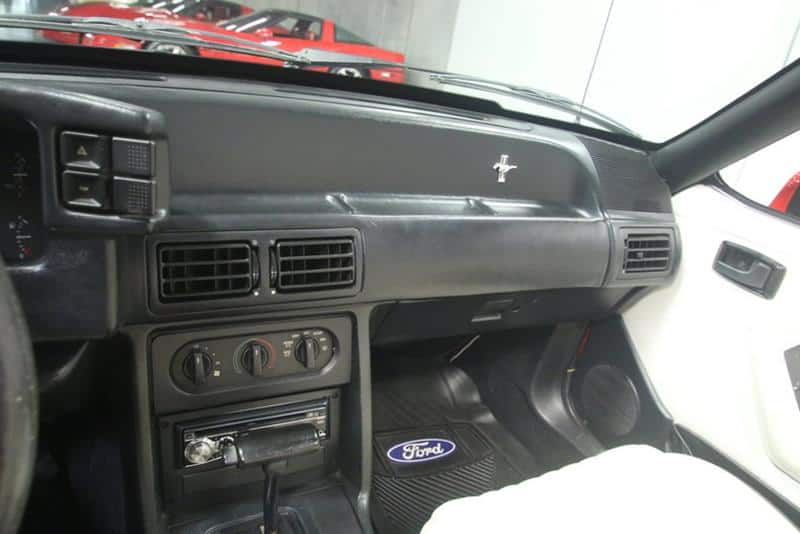 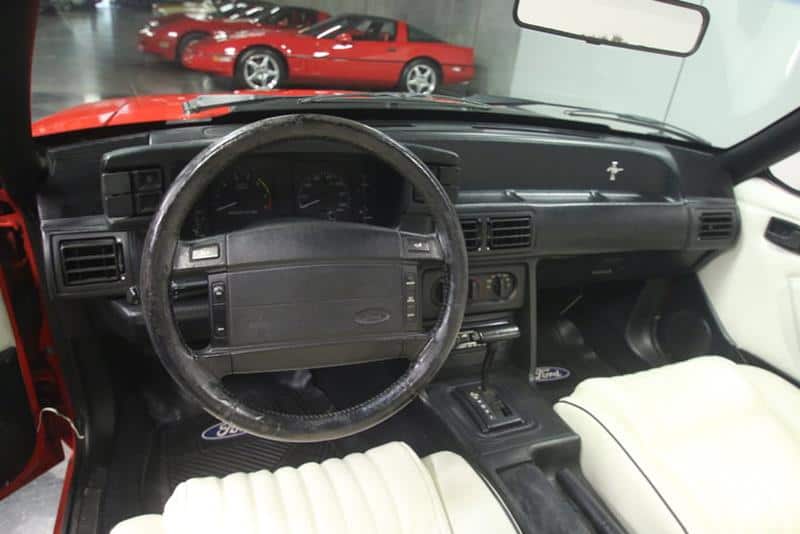 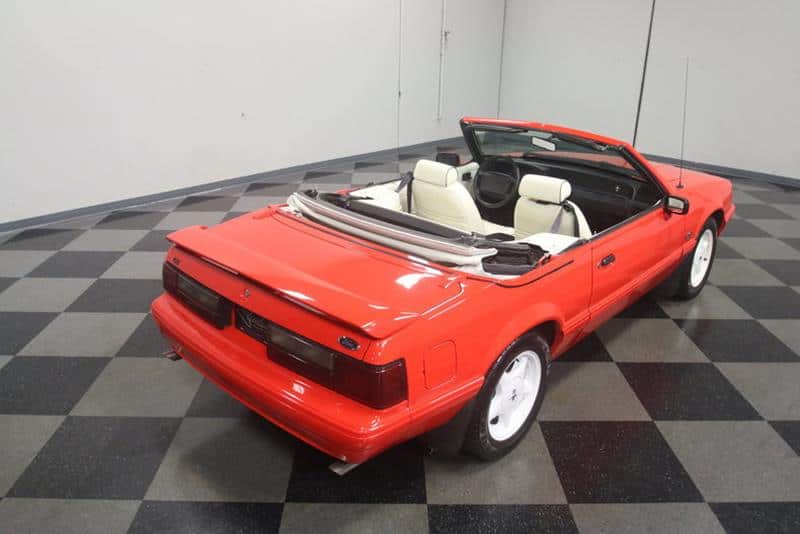 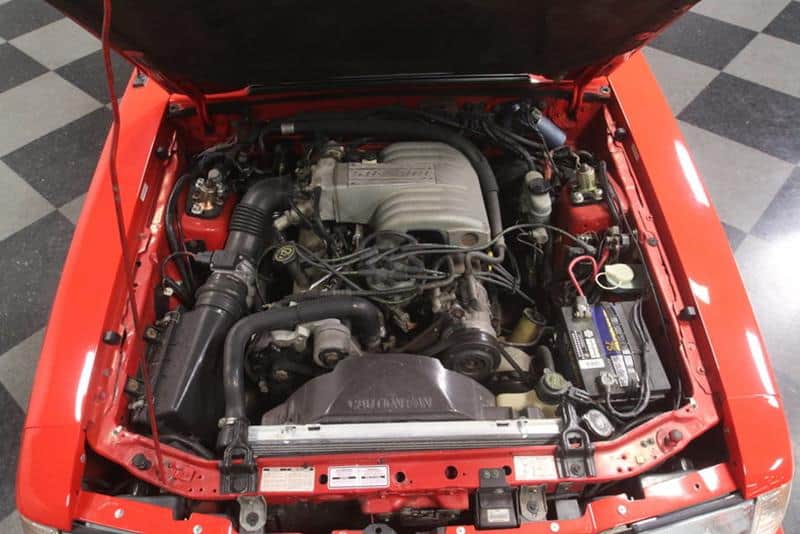 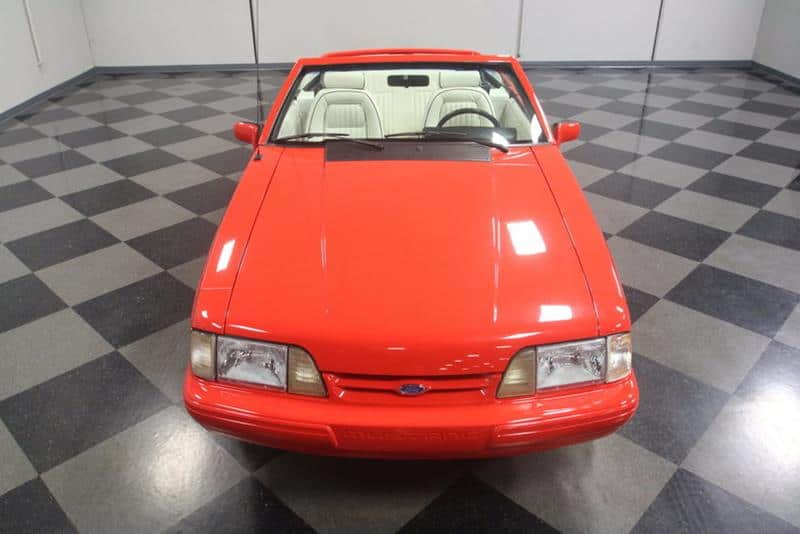