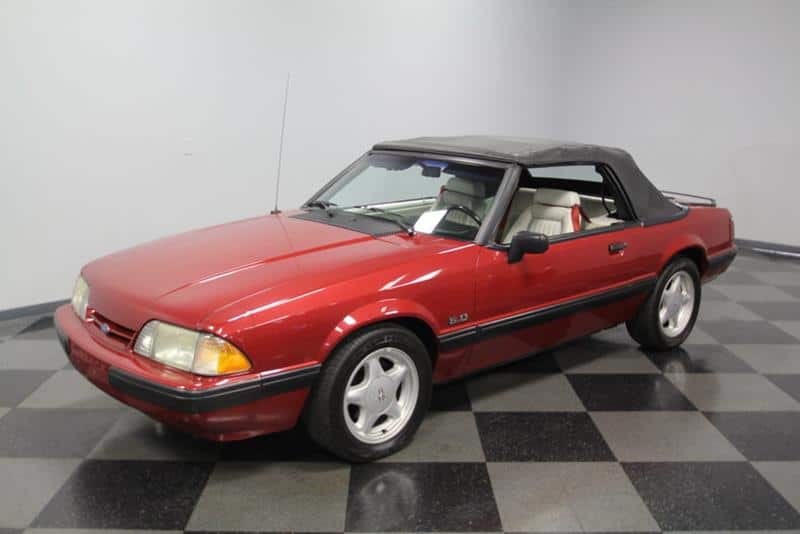 “You certainly don’t have to be a professional driver or performance enthusiast to enjoy Mustang GT. The only prerequisite is an appreciation for the fun of driving.” 1991 Mustang sales brochure

Sticking with a tradition they began in 1988, Ford once again decided to change very little about any model of the Mustang, inside or out. This is something the company would continue until the end of the third generation Mustang models in 1993. While this strategy worked for the first couple years after the last major restyling in 1987 when sales were generally high, buyers were increasingly reluctant to purchase a Mustang in the early 90s. 1991 was no different, with production at a measly 98,737. The next year would prove even worse.

The reason for low sales weren’t in the cars themselves, as was proven when the restyle was first released. The four-cylinder were sleek and modern gas savers, while the signature 5.0 litre V8s offered a high-performance car. But by 1991, the United States economy was in a slump and imports were continuing to take an ever-increasing slice of the American car buyer’s pie. In times like that, even good cars can be viewed as stale, which is exactly what happened to the Mustang.

The biggest change was the more powerful four-cylinder engine, which had barely been changed since it was introduced for the beginning of the second generation Mustang II all the way back in 1974. The added horsepower provided a well-deserved quicker base Mustang, but still was lacking in power relative to popular import four-cylinders of the time.

Other changes were very minor and were mainly the result of the ever-stricter federal regulations, like the ignition lockout, which required the driver to have a foot on the brake pedal to start the car.

There were still just the four-cylinder and V8 engine options available, and the Mustang was again limited to two models: LX and GT. The GT came standard with the V8, and the LX could be upgraded to the 5.0 engine. Ford also offered a LX 5.0 option, which was an LX with the 5.0 engine as well as the GT’s sport suspension and a slightly upgraded interior.

As had become tradition, the LX was the only Mustang model to include the option of a coupe, and could be purchased in hatchback or convertible form, as well. While the base model had grown to include a significant number of standard features (i.e. center console, loaded instrument panel, etc.), Ford allowed, in true Mustang tradition, buyers to add almost any option to the LX barring the trim specific to the GT.

Perhaps the 1991 Mustang sales brochure puts it best about the GT: “After more than a quarter century, Mustang GT offers few surprises.” Indeed, the main distinction between this GT and any made between 1987 and 1991 was that it came standard with 16 inch wheels. Ford had made a great performing, sporty and all around successful Mustang with the GT, but it was clear by this time that buyers were tiring of the same old design, particularly when the new imports (from Toyota and Honda, especially) were constantly offering new styling innovations to stay ahead in the game.

Illustrating the last point, in 1991 the Honda Accord was the number one selling car in America for the second year running, and the Toyota Camry entered the top three best-selling cars for the first time. With the top three rounded out with the Ford Taurus, it was clear the American car of choice had moved back to the mid-sized sedan, after a few years of the best-selling cars being comprised mainly of compact cars.

Mustang, as it had for many years, lacked direct competition, though it had multitudes of indirect competition. Mustang could be a fuel-saving economy car or a sleek high-performance machine, depending on the engine choice. Regardless of competition, sales were down and would continue in that direction for another year. But by this point, Ford was already looking into the future, which would be released in 1994 as he first of the fourth generation Mustangs. Hindsight sees the early 1990s Mustangs in a holding pattern waiting for that arrival. 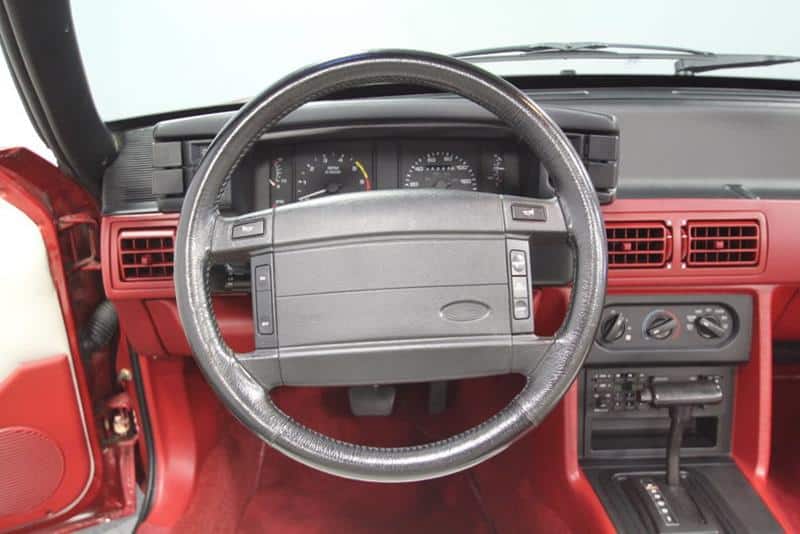 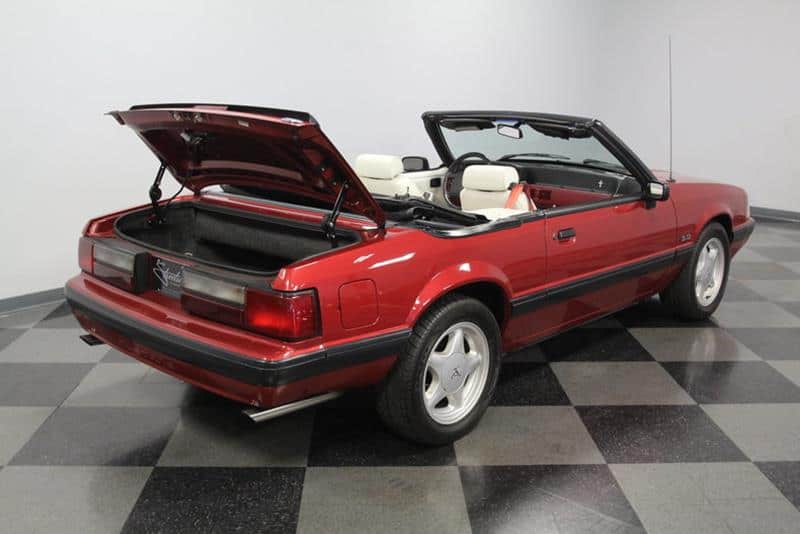 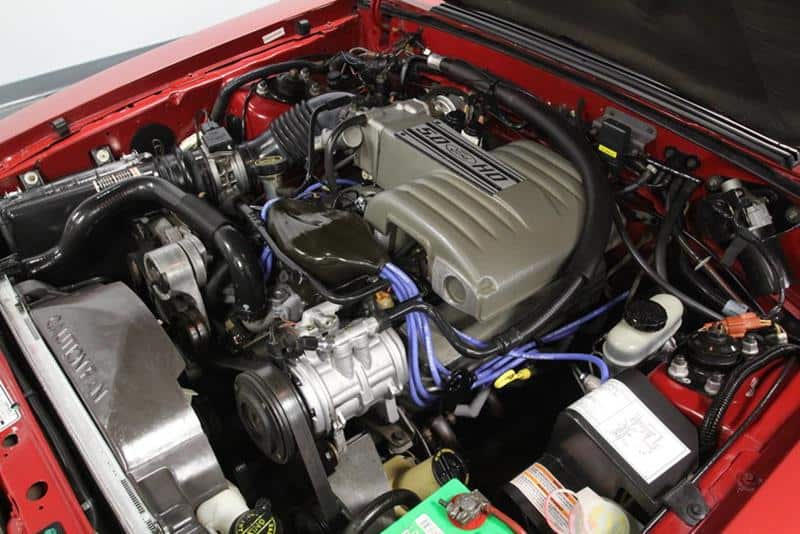 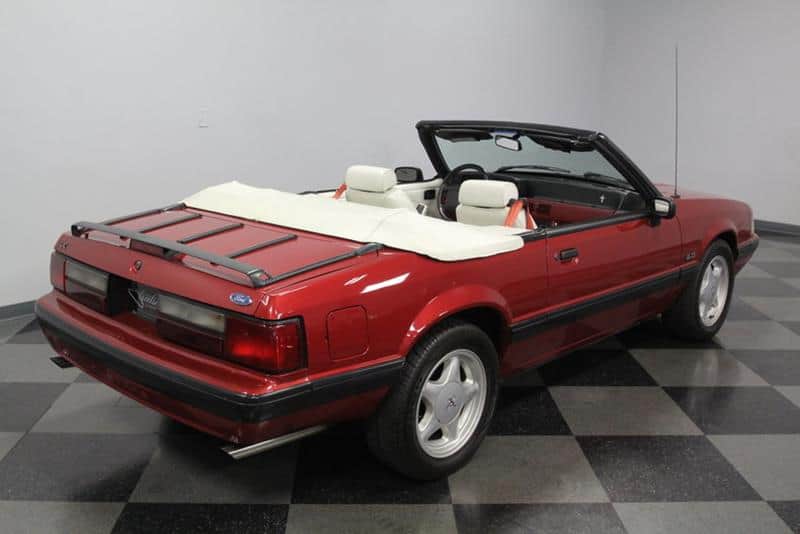 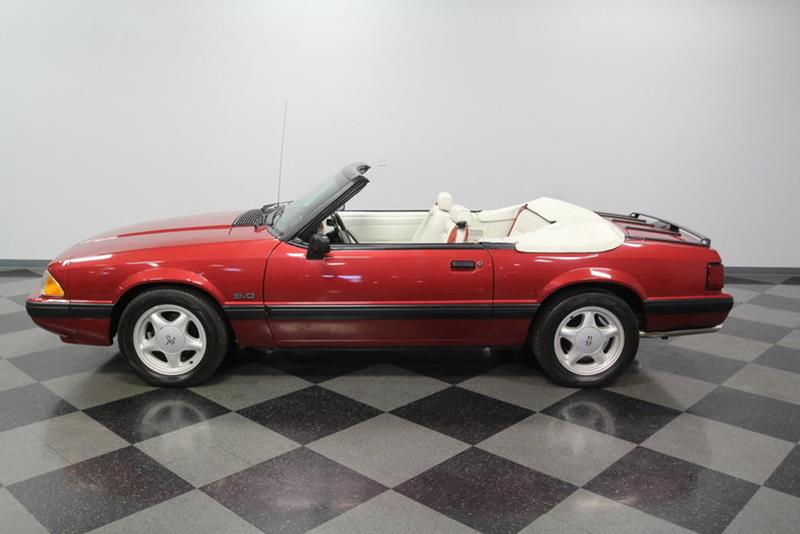