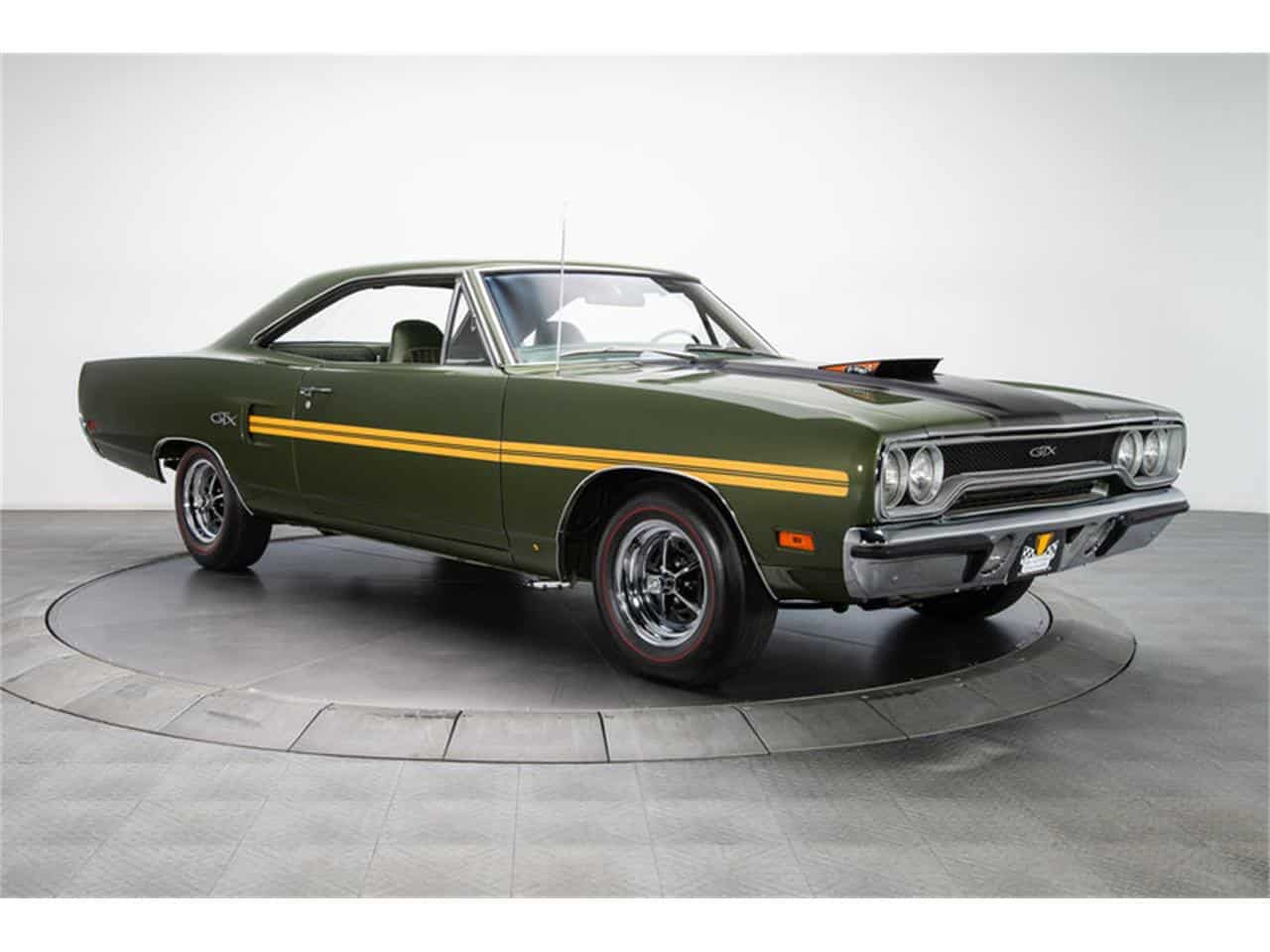 When Plymouth introduced the GTX in 1967, it was marketed as the “gentleman’s” sports car. It was based on the Belvedere and designed to be the top of that line in terms of both performance and luxury. By 1970, with sales dropping, the GTX seemed to be focused more on performance than ever before.

This is likely due in large part to the success of the Road Runner, another Plymouth car based on the Belvedere, though that car didn’t have as much standard power as the GTX, and its luxury options were minimal, if not non-existent. But it was the Road Runner’s lower price that made the car a hit, and the GTX seemed to respond by presenting itself as the true muscle car that it was to compete with the other muscle cars on the road at the time.

The standard engine was the 4-barrel 440 CID Super Commando V8 that produced 375 horsepower. This was in contrast to the base Road Runner, which was rated at 290 horsepower. The 3×2-barrel edition of the 440 raised that horsepower to 390 and could chose the Air Grabber hood as an option. And then at the top of the performance heap was the 426 CID Hemi V8, which was rated at 425 horsepower. The standard Air Grabber hood had a single flap that could raised and lowered from inside the car.

Though the car was largely a carryover from 1969 (and 1968, for that matter), there were a few changes to distinguish the model. Perhaps the most drastic was the elimination of the convertible model, which is not surprising considering the low sales numbers it had been posting.

Unfortunately, the slight styling modifications would not help boost sales, as the car had its worst sales year ever. Only 7,748 were produced, which represented a 48 percent drop from the year before.

Throughout the 1960s, it was made evident that many American car-buyers were looking for something different. The new generation of young buyers had money and they wanted sportier, yet still practical cars. But as the 1960s wore on, it seemed that the desire for performance was continually growing.

This culminated in the late 1960s and early 1970s, and Plymouth wisely got in on the action by issuing the GTX as its entrant to the muscle car wars. And it was a great car, and featured more standard performance and luxury than most of the other cars in its class.

Unfortunately, after moderately successful initial years in 1967 and 1968, the car became continually overlooked. While other muscle car sales were booming, sales were dismal in 1970 for the GTX and would get worse in 1971, when it would be discontinued. But by 1971, the muscle car class was on the decline, anyway. Insurance prices were going up and the government was about to land hard on the car companies with new emissions and safety regulations that would effectively neuter the muscle cars that were left. 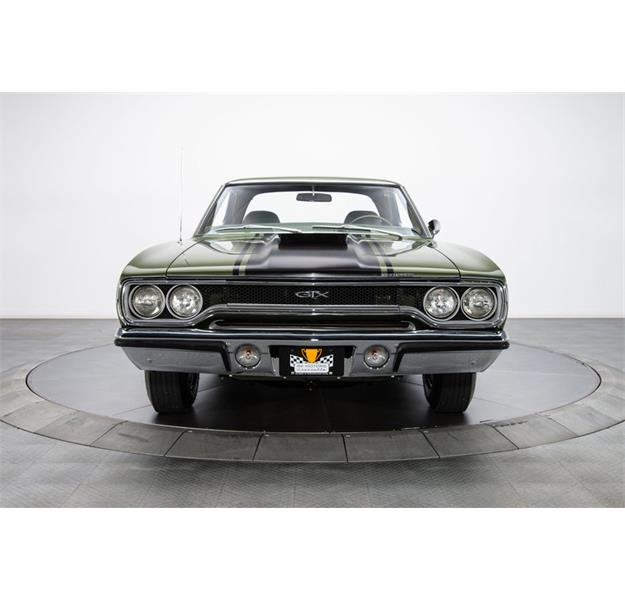 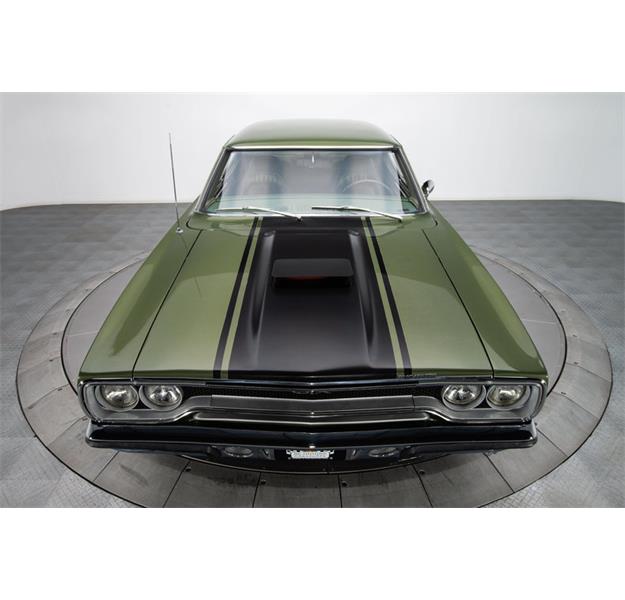 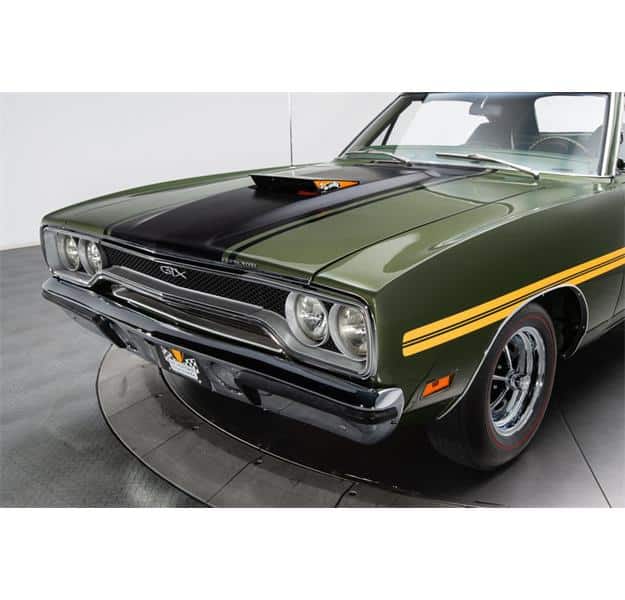 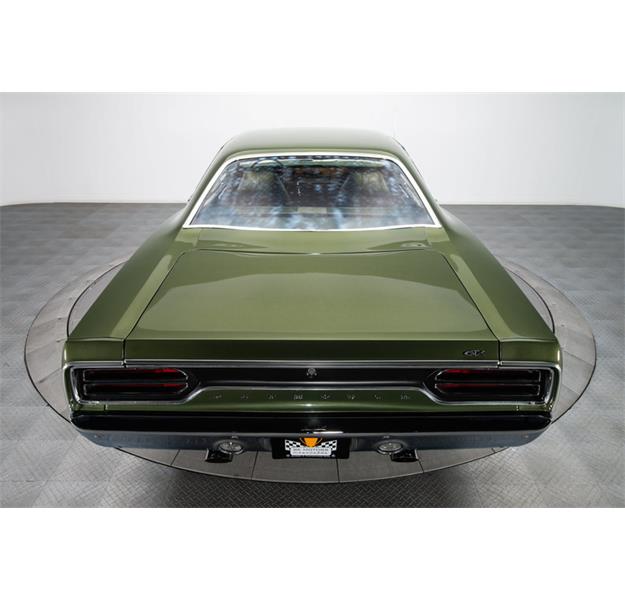 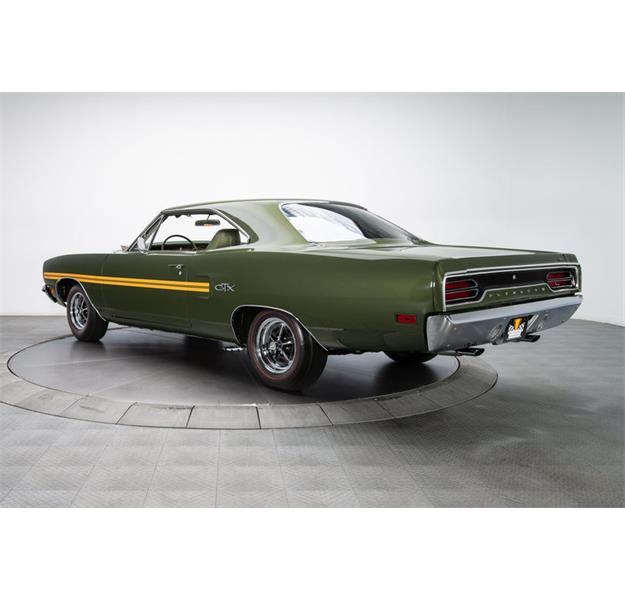 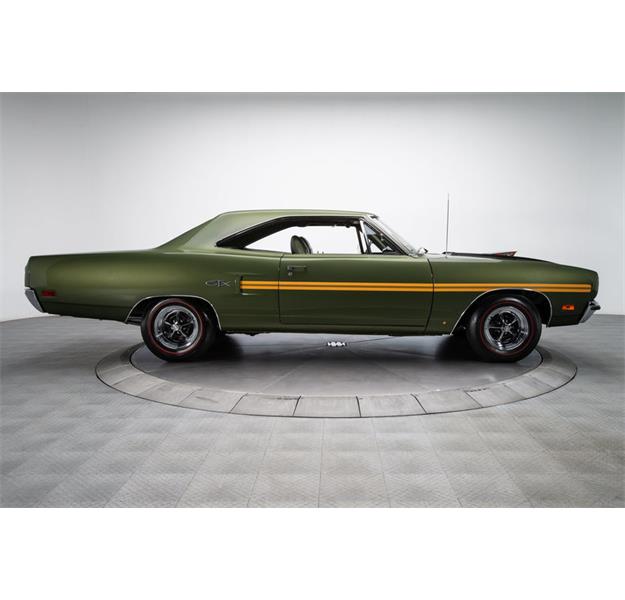 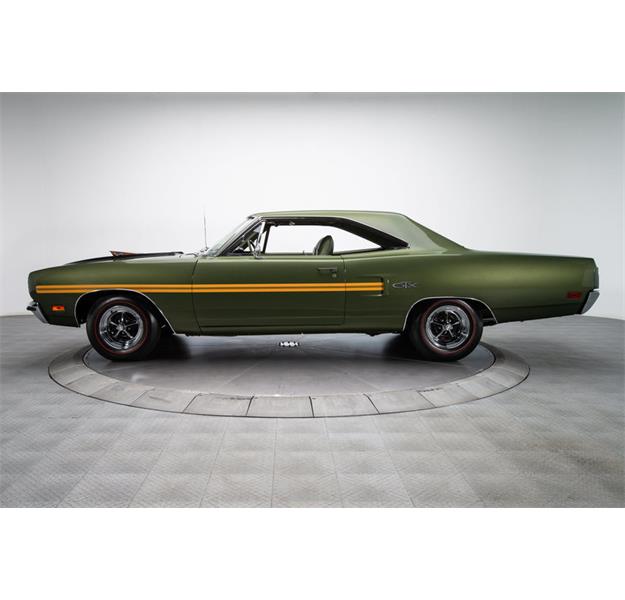 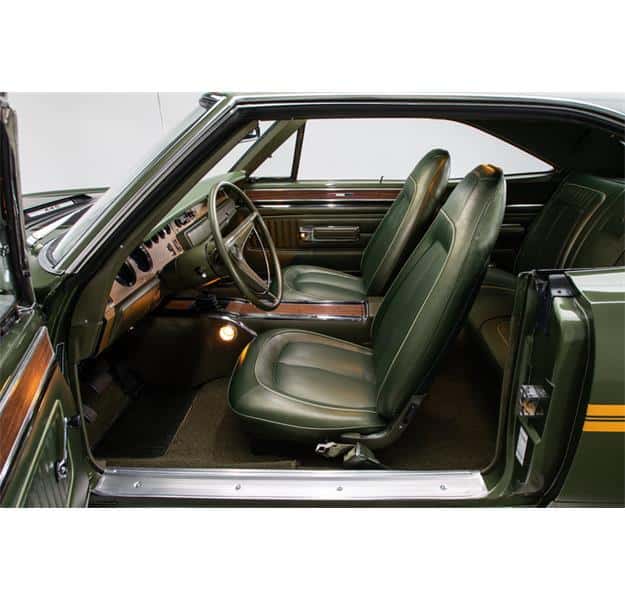 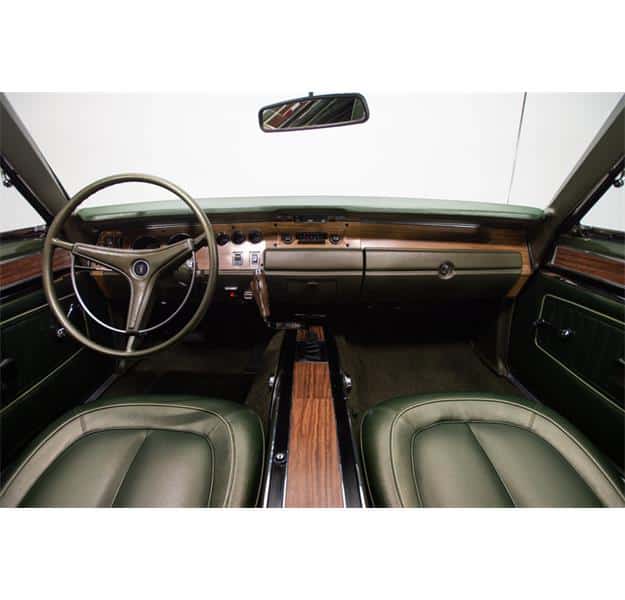 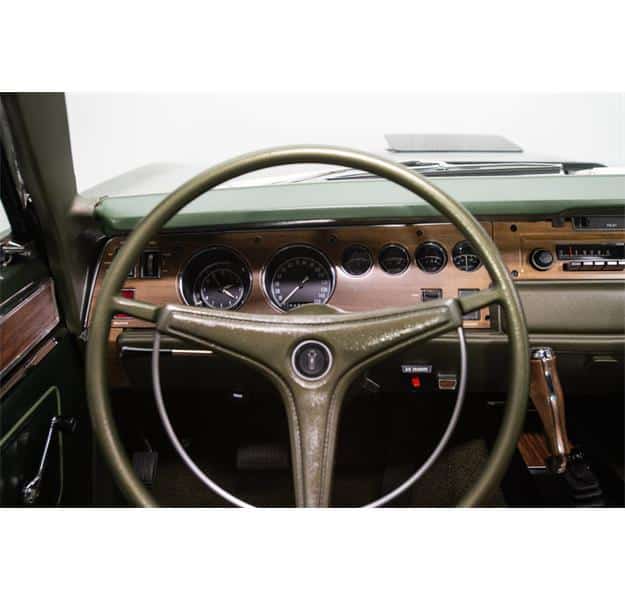 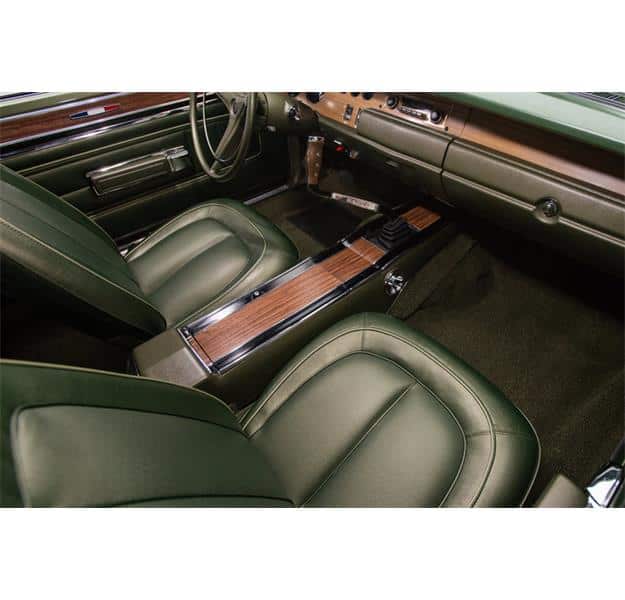 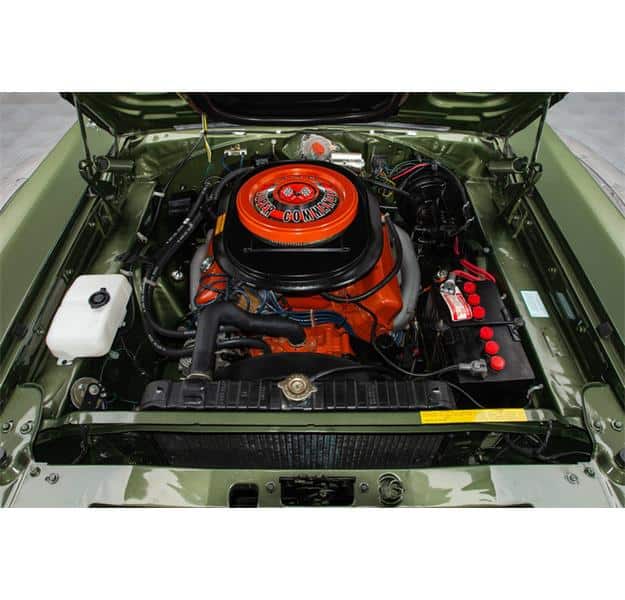 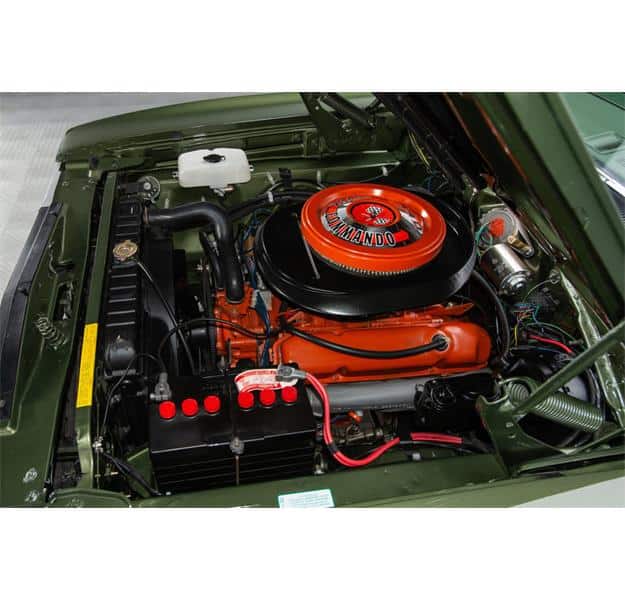 One of the best looking cars to ever roll out of Detroit.

Last Of The Classics

This was the last of the classic GTXs. If it were not for the scoops on the rear quarter deck this would be my favorite. If we could put the grill and hood from a 1970 GTX onto the 1969 model we would have the perfect GTX. As always, performance was awesome.