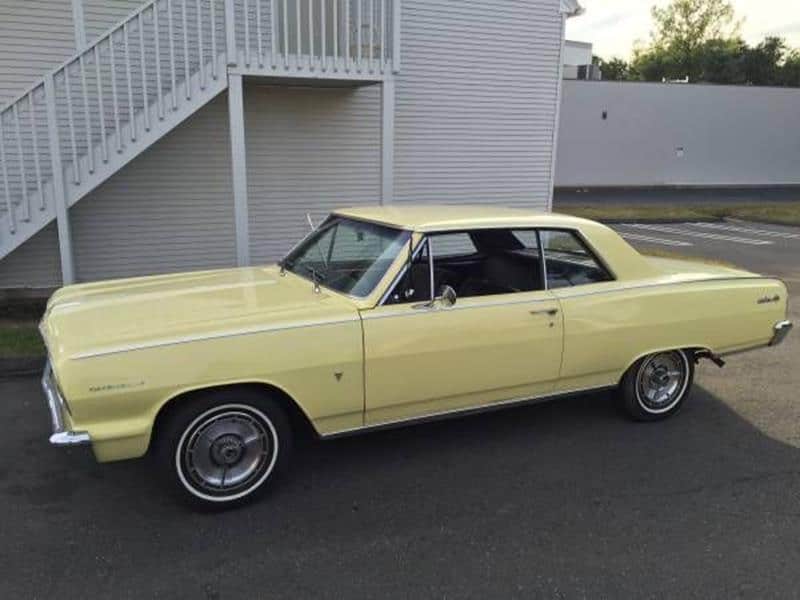 Chevrolet created the Chevelle in 1964 as a mid-sized car to compete with the Ford Fairlane, and its Malibu Super Sport line hinted at what would put future Chevelle SS’s in the great American muscle car battles of the late 1960s and early 70s. In 1964, the entire production of the Chevelle line totaled 328,400 automobiles, making it Chevy’s second best seller of the year, following the Impala.

The Malibu series was the bestselling of the Chevelle’s offerings that year, moving 149,000 units. Excluding the Malibu SS series, all of which came with V-8 engines, each other series offered two versions each of the six cylinder and the V-8. Additionally, most models were available in coupe, convertible or wagon body styles.

Available in four models Chrevy’s brochure described as boasting a “nice-to-take pricetag,” the 300 series was the Chevelle base model and contained a two-door station wagon model that was not available in the other two series. The least inexpensive option was the 2-Door Sedan, priced at $2,249, with an additional $90 required to upgrade to the V-8.

Smaller price tags attracted many buyers to the base-model series, and this series was the second best-selling of the ’64 Chevelles, with 68,300 total sales.

Interior upgrades were the main attraction of the best-selling Malibu series, with tailored fabrics with metallic thread accents. Also accounting for the high number of sales were the most extensive model options: sport coupe, convertible, 4-door sedan 6-passenger and 3-seat wagon. When upgraded to the optional 283 cubic inch V-8 engine, the car produced 220 horsepower.

Though the Chevelle Malibu SS was the high-end of the Chevelle line, it still had lacked options that would have placed it alongside the great American muscle cars of its day. Equipped only with the V-8 option, the Super Sport version also came stock with special SS wheel covers and special trim.

Already recognizing the limits of the engine in the mid-weight car (the hardtop version weighed in at 2,850 pounds), Chevy added a more powerful 300 horsepower, 327 cubic inch engine to the production line later in the production year, gearing it up for eventual competition with the Pontiac GTO and the Ford Torino in the years to come. Malibu Super Sport versions of the Chevelle sold a respectable 67,100 units in the 1964 year model.

As mentioned above, the Chevelle entered the mid-sized (or “intermediate size”) car craze of the mid-‘60s and, with the SS line, emerged with what would become one of the most loved muscle cars in history. Of course, this was not the case with the 1964 model.

Even with the introduction of the 327 cubic inch V-8, Chevrolet was still floundering a ways behind Pontiac, who had introduced the aforementioned GTO that same year with a 389 cubic inch engine capable of producing 348 horsepower. One of the aspects making the Chevelle popular, and keeping it popular as it became more associated with muscle cars of the era, was its attractive price, even at the SS level. Chevelle’s continued to deliver performance for relatively low prices throughout most of its run.

Chevrolet made a couple of changes to the 1965 Chevelle model lineup. First, they split the “300” into a base version and a Deluxe model. The Deluxe was just an upgrade package.  Second, and most importantly, they introduced the Z16 option and for the first time had a real competitor for the 1965 GTO,  1965 4-4-2 and the 1965 Gran Sport. 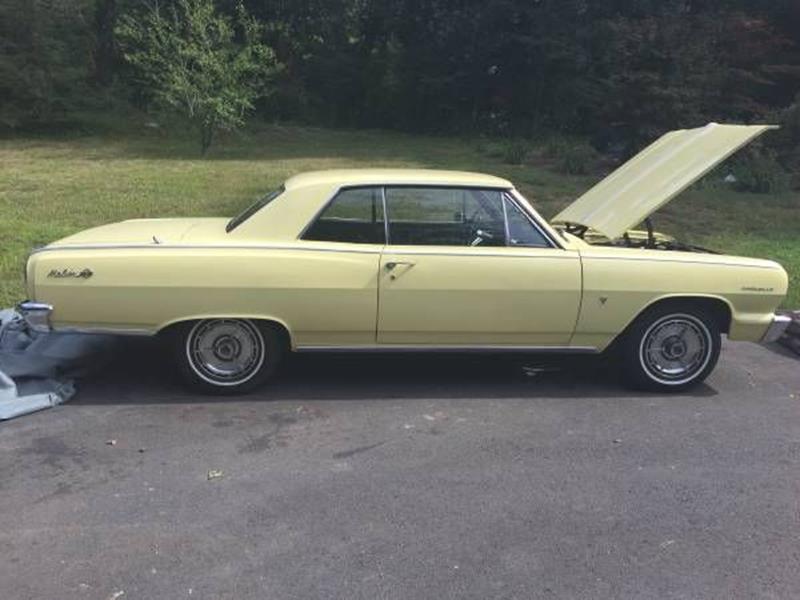 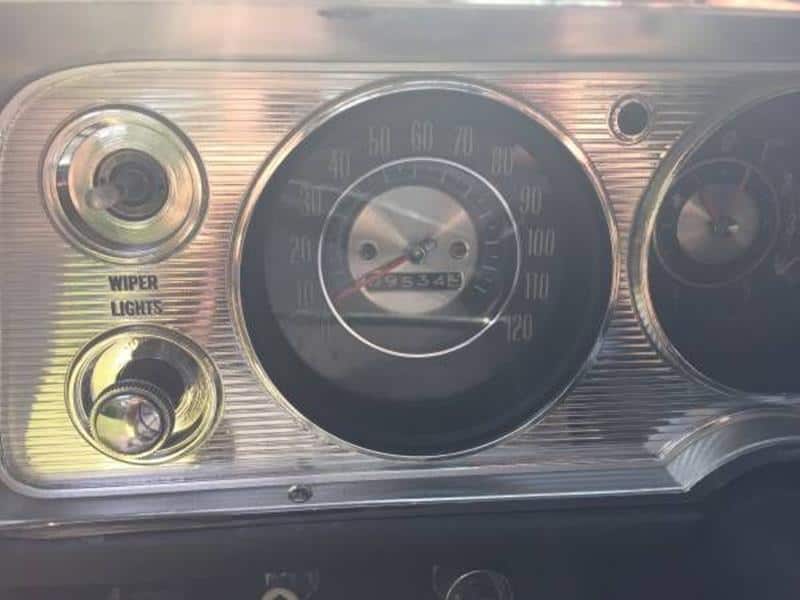 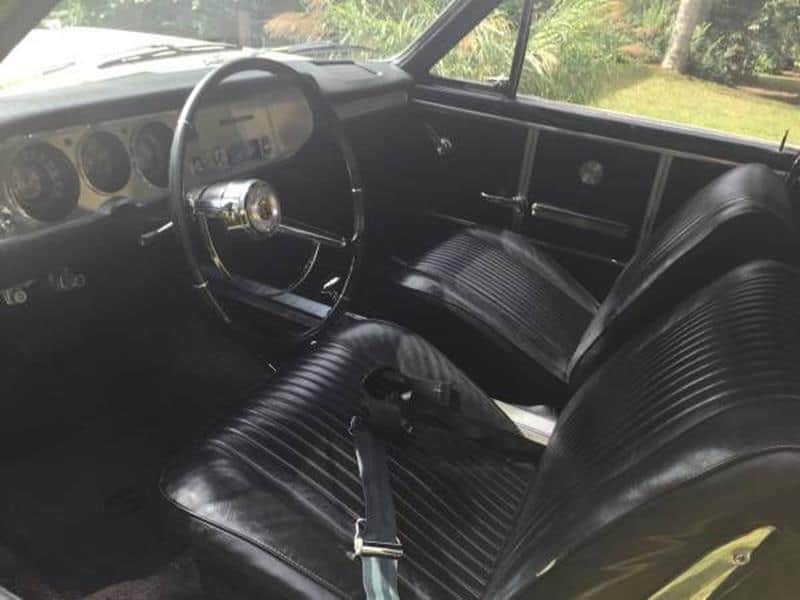 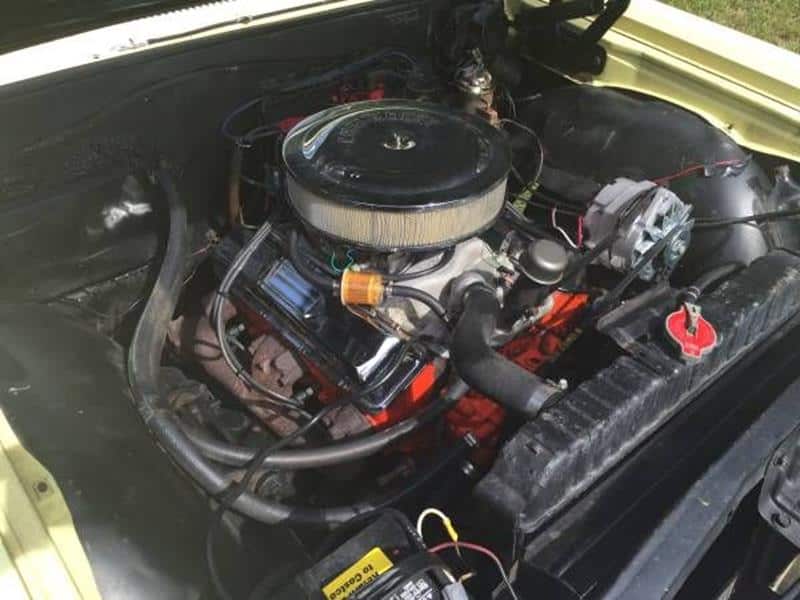 This car has aged very well. It has clean lines and a pleasant simplicity about it. It fit the Chevy lineup perfectly and closely resembled the Impala and the Chevy II. It is one of my three favorite Chevelles. The 1964, 1967 and 1970 Chevelles are all classics with their great looks and good performance.