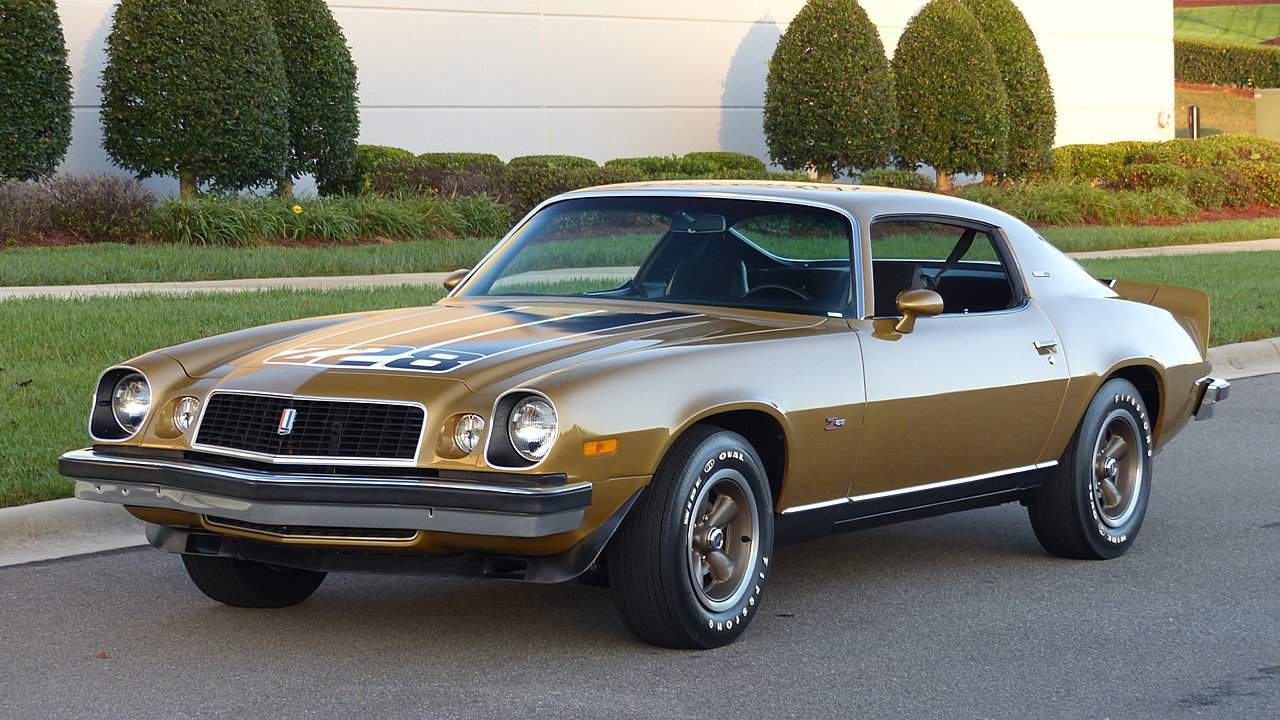 For 1974, the Camaro underwent a multitude of changes including the facelift, and almost all of them were inspired by new federal safety and emissions guidelines. The new aluminum bumpers on the front and the back were added to comply with new 5 mph bumper regulations implemented by the government this year. It depends on which Camaro enthusiasts you talk to as to whether or not this was a good look for the car, but most will agree that Chevy did a better job complying to the new rules than many other car makers. In addition to the front end being redesigned for the new bumper, the back of the car was updated, as well, and now included wrap-around taillights as opposed to the former round ones.

The new bumpers also forced a redesign of the trunk and rear quarter panel. Another safety regulation required an ignition interlock system that required the driver’s seatbelt to be fastened before the engine could be started. 1974 was the only year this was implemented, and actually didn’t even make it through the entire production year.

Though most engine options didn’t change for 1974, the base 307 CID V8 that had been used for years was dropped, and the base V8 became the 350 CID engine, which produced 145 horsepower, a welcome increase to the 307’s 115 horsepower from the previous year. The base six-cylinder was a 250 CID that produced 100 horsepower. Total production was up for the second year in a row to 151,008, up more than 50,000 units from the year before.

The Camaro coupe continued to be the best selling model, and 88,243 were produced during the model year. The base price for a six-cylinder was $2,827, and a base V8 ran $3,039. For many years it had only required an additional $90 to upgrade to the V8 (which had been a factor in rendering the six-cylinders nearly obsolete), but the more powerful base V8 changed that this year.

The Luxury Touring Camaro, introduced the previous year, continued to sell well and had a production total of 48,963 for the year. Chevrolet had correctly assumed that the nation’s sports car drivers wanted a little more luxury in their automobiles, and responded by adding wood grain, additional insulation and restyled seats to the LT.

1974 would be the last year of the Z28 for a couple years, but made its mark this year with the optional striking and large hood “Z28” decals. Additionally, the car came with dual sport mirrors, a black painted grille and a revised suspension. Total production for the Z28 was at a second-generation high at 13,802.

While Mustang, the original pony car, shrunk into a compact car for 1974, Camaro went the opposite direct and grew (slightly). It seemed clear that while Ford was going for a different market, Chevy was going to continue to offer performance options for car buyers that still desired them, even as the mid-70s introduced higher insurance rates and oil crises.

Chevrolet apparently knew what they were doing, as sales remained high throughout the 1970s, partly because there were no other cars left that could be considered pony cars. Of the former competition other than the Mustang, the Dodge Challenger and Plymouth Barracuda were discontinued during the 1974 production year, and the AMC Javelin was gone by the end of the year. This left just Camaro and its cousin Firebird to carry the pony car legend throughout the rest of the 70s, which they did. 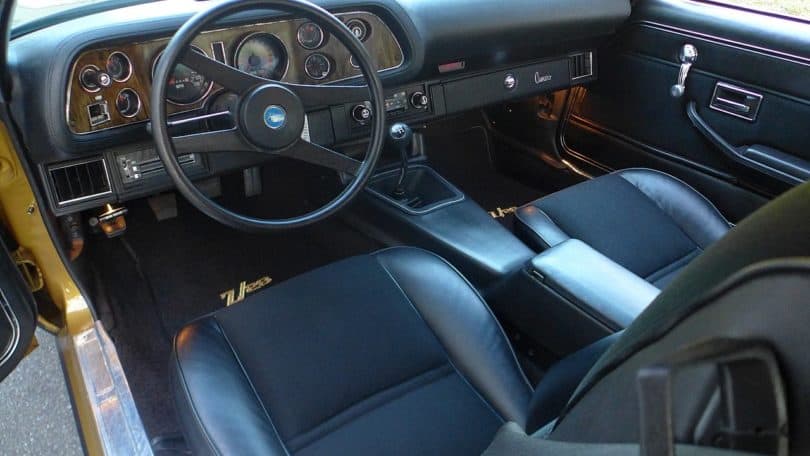 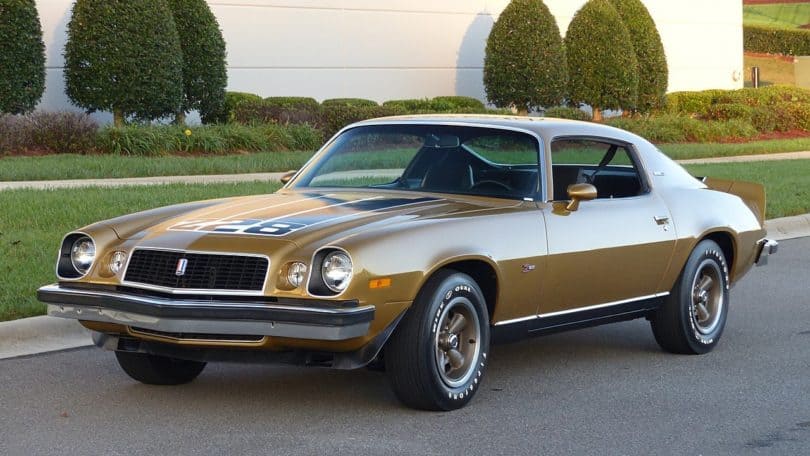 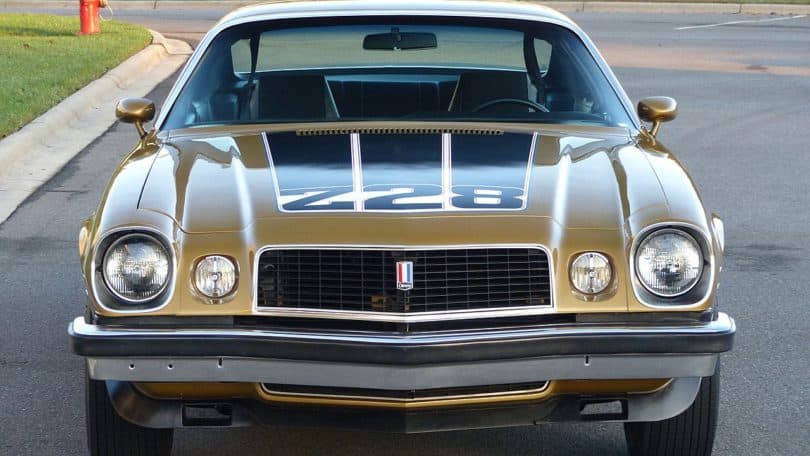 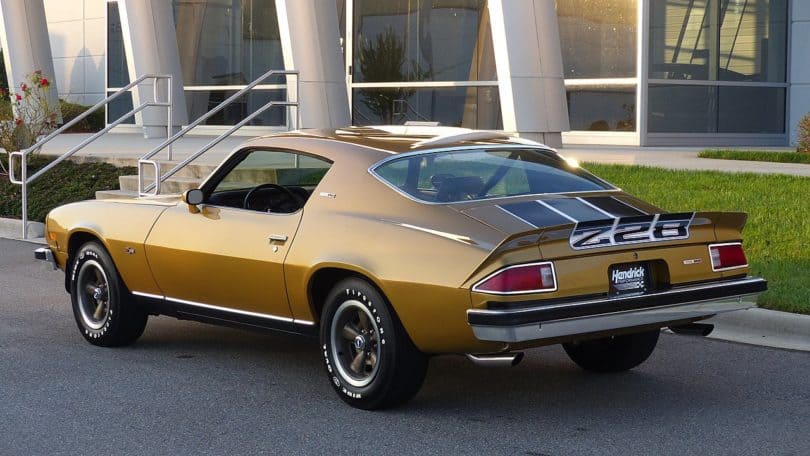 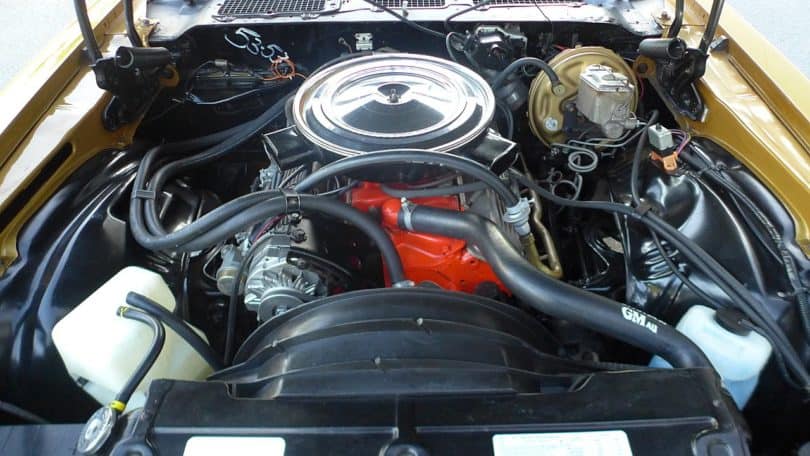 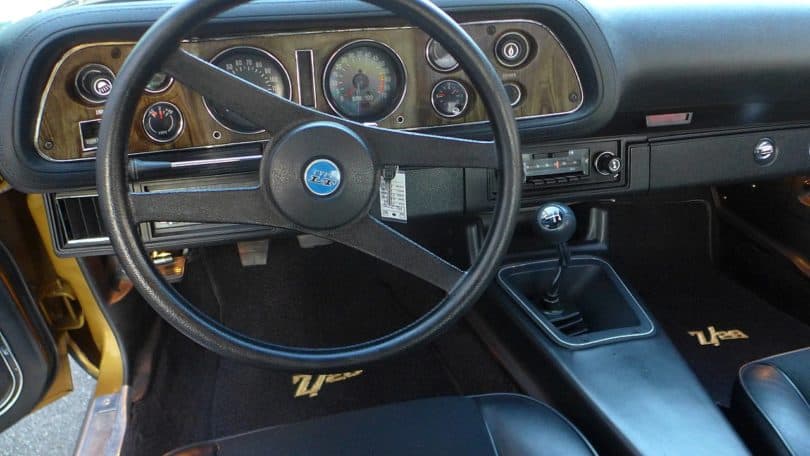 Before I thought the 74-77 Camaros were the least attractive looking out of the 2nd generation. Later I realized it’s not that bad at all. I didn’t like the bumpers at the begining, but I love em now. The 70-73 & 78-81 are very beautiful cars, but the mid year 2nd gen hold their own. 1974 is probably the best out of the 74-77 Camaros because they had huge engines, and awesome performance.

One of the best looking camaro’s ever made, certainly beats the 78 and up cams. The bumpers are quite chunky, but after a while they grow on you. Last year that the Z28 had any sort of power for many years to come… All in all one of my favourites.

Out with the dainty chromed steel bumpers and in with the businesslike aluminum models. The earlier Camaros looked aggressive and larger. The new front end and rear make the new Camaro look smaller and conservative. It’s interesting that a relative minor change in the design made shuck a large change in appearance.