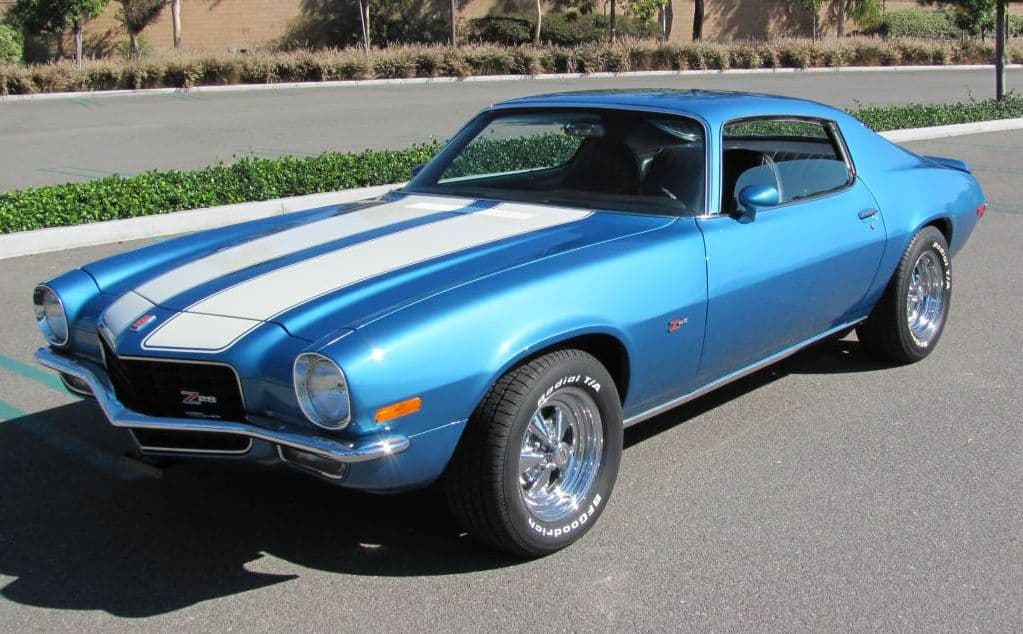 Camaro production hit an all-time low up to that point in 1972, though this wasn’t purely a result of poor sales. At least not entirely.

By 1972, Camaros were only being produced alongside the Firebird at a GM plant in Norwood, Ohio (there also had been a plant producing the cars in Van Nuys, Calif. until 1971). In April of 1972, a United Auto Workers strike shut down the Norwood plant for 174 days. In addition to this setback, there were around 1,100 cars on the line that were partially completed and proved unusable because of tougher federal safety standards that were required for 1973 models. It has been reported that some executives at GM seriously considered discontinuing both the Camaro and the Firebird after 1972, though production did eventually commence on 1973 models.

Other than the two aforementioned changes to Camaro, nearly nothing changed from the 1971 model. Engine options were exactly the same as they had been the year before. The base model included a 250 CID six-cylinder engine that produced 110 horsepower. This option was becoming increasingly unpopular, and less than 5,000 of them were produced in 1972. The base V8 was a 307 CID engine producing 130 horsepower (which was 10 less than the previous year), and there were four more V8 options including three 350 CID and one 396 CID. This would be the last year for the big block engine in the Camaro.

Other changes to the 1972 model were few and mostly took place inside the car. The top speedometer reading was reduced from 150 mph to 130, and pockets and change holders were added to the inside door panels. The same models were available that had been available for the entirety of the second-generation Camaros, thought that would change the following year with the elimination of the SS offering.

In line with the rest of the Camaros, the production of the coupe fell significantly, though it was still the best-selling Camaro and had a total production run of 58,544. The base price for a six-cylinder model was $2,729, and was increased by $90 if the base V8 engine was selected.

The RS package included upgraded trim features, but was essentially exactly the same as it had been in 1971. These models were the second best selling Camaros for 1972, and had a total production run of 11,364. Noticeably, the price for this option was only $118 more than the base coupe, as opposed to $179 more the previous year.

For its final year, the SS saw the lowest production numbers it had ever seen at 7,532. The car included a 200 horsepower 350 CID V8 and distinctive interior and exterior trim, including the signature “SS” emblem on the grille of the car.

While the Camaro and Firebird were at a particular disadvantage due to the UAW strike of 1972, every car company making a version of the pony car also saw decreases in sales during this year. Still at the top of the pony car heap was the Ford Mustang, which had a production run of nearly 55,000 more than the Camaro.

The decreasing sales was just a sign of the times for pony cars, which were quickly losing favor with the car buying public. However, three competitors in the class (Plymouth Barracuda, Dodge Challenger and AMC Javelin) would be extinct by 1975 and the Mustang would essentially be restyled into a compact car with the Mustang II in 1974. This would leave the Camaro and the Firebird to finish out the 1970s as the only pony cars available. 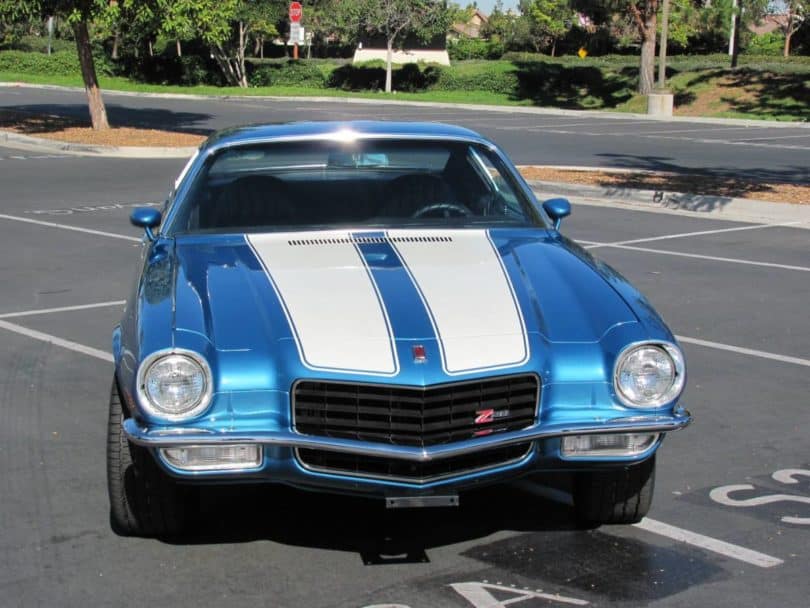 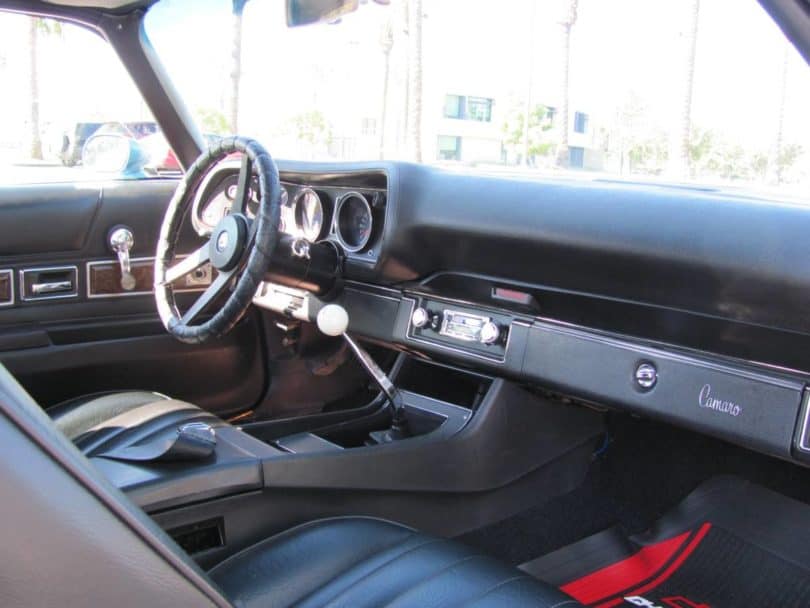 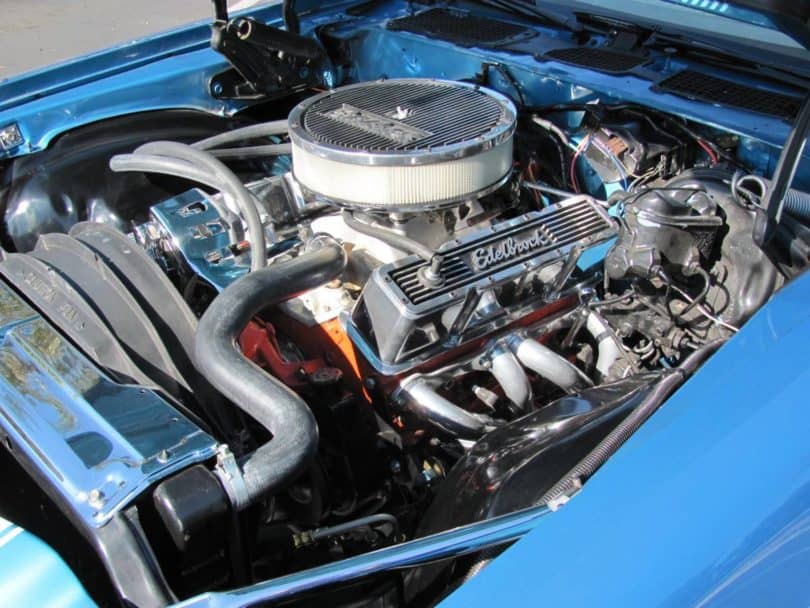 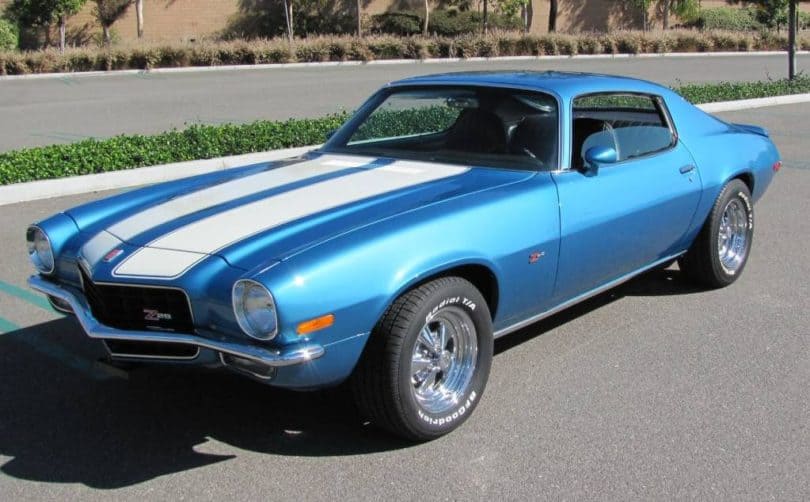 The 1972 Camaro was one of the best looking pony cars of the era. Its smooth lines reminded many of a certain exotic car from Italy. Performance was still respectable especially in the Z28 and Super Sport versions. Today the early second generation Camaros often plays second fiddle to the classic lines of the first generation Camaros. This is especially true after Chevy reintroduced the wildly successfully 2010 Camaros. That’s too bad because in many ways the ’72 is a better car.