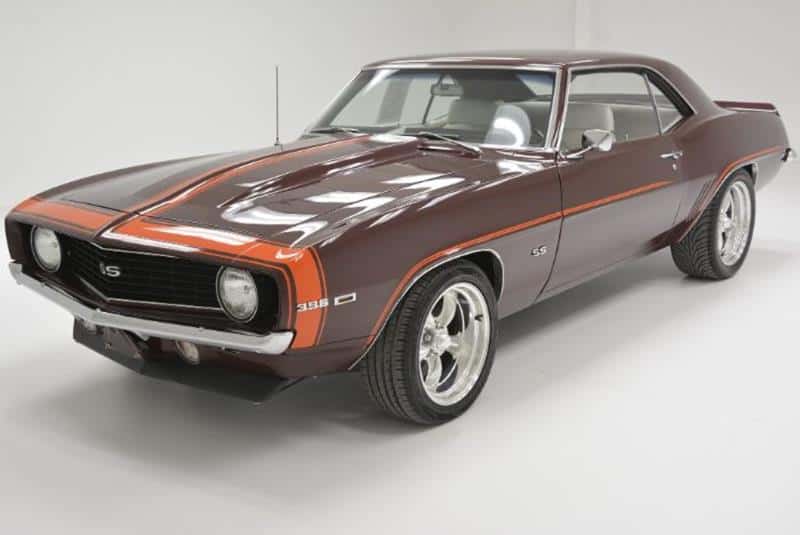 “Style and performance were the hallmarks of the 1969 Camaro. In many ways this was the ultimate pony car.”

The Camaro received new sheet metal in 1969. The look was more angular than the two previous Camaros. Wheel wells were squared off, new front and rear ends were added and this all contributed to a longer and lower look. The interior was updated with square gauges and an optional tachometer. The last of the first generation Camaros even looked “faster” than the previous 1968 Camaro.

Chevy offered buyers a plethora of engine choices, everything from a low-budget straight line six cylinder engine to an incredible 427 cubic inch monster that was part of the special order ZL-1. Most buyers picked the “more reasonable” small block V-8s.

The Rally Sport package returned for the 1969. It was an appearance package that included specially slotted headlight covers that lifted when the lights were turned on. If the cover failed to rise, light would still shine through the slots. Other upgrades included “RS” badges and special stripes and wheels. Interior upgrades included special bucket seats, nicer carpeting and other items. The RS package could be ordered with the Super Sport or the Z28. Of the 243,085 Camaros built in 1969 37,773 had the Rally Sport option.

The Indy Sport Convertible was a modified SS/RS. The exterior was painted dove white with hugger orange stripes. The interior was hugger orange as well. The pace car stickers were shipped in the trunk of each car and the dealer would install them if the buyer chose.  Engine options included the 350 cubic inch small bloc or the 396 cubic inch big block. Chevrolet sold 3,675 convertibles and an estimated 200-300 coupes were “built” and sold by dealers.

For those who enjoyed straight line performance, the 1969 Super Sport was an obvious choice. A 396 cubic inch big block with up to 375 horse power was available on the Super Sport. Those engines produced so much torque that the rear suspension often buckled under the stress. Wheel hop was very common and it took a skilled driver to keep the rear wheels planted under hard acceleration. However, with the right aftermarket suspension Components, the SS was a force on the drag strip and at traffic lights.

The Super Sport came well equipped with “SS” badges on the fenders and placement on both the front end and rear deck. The hood had simulated air intakes that were tastefully done,  along with a color coordinated “bumblebee strip across the front of the hood.”

The 1969 Z28 was continued for the road racing fan. It came with the 302 cubic inch small block engine conservatively rated at 290 hp. Upgrades to the car included dual exhausts, special front and rear suspension, a heavy-duty radiator, quick ratio steering, and 15 x 7-inch Rally wheels. A four-speed manual transmission and power disc brakes were mandatory options and a Posi-Traction rear axle was highly recommended. Top speed was estimated at 120 mph and quarter mile times under fifteen seconds. The Z28 was very popular and Chevy produced over 20,000 copies. This was a significant increase over the 7,200 examples produced in 1968.

For the weekend drag racer with the means to purchase a new car, there were few choices better than the 1969 Yenko Camaro. It came with an “L72” 427 cubic inch big block meant for the 1969 Corvette. This 425 brake horse power engine was mat ed to a four speed manual transmission. Other upgrades included front disk brakes, a heavy duty radiator and a stiffer suspension. Appearance upgrades included a special hood, a rear spoiler and Yenko stripes. The combination was capable of sub 12 second quarter miles and the total package cost about $3,900. That was more expensive that the Z28 or the Super Sport but a bargain when compared to the incredible Camaro ZL1.

Chevrolet dealer Fred Gibb contacted General Motors with a proposal to build the ultimate muscle car. His proposed to add an all aluminum 427 cubic inch large block with 430 brake horse power and create a dominant Super Stock drag race car. In order to meet National Hot Rod Association rules, fifty cars had to be built for the general public. Gibb’s accepted delivery of all fifty cars and other dealers accepted nineteen more for sale across the country. The cars were heavily optioned including the Rally Sport package along with upgraded suspension and brakes. The cars were extremely fast on the drag strip with sub ten second quarter mile times routine. The package came with a hefty $7,269 price tag. That was compared with a $3,207 price tag for the Super Sport and $3,588 for the 1969 Z28.

The Camaro continued to sell well even though it was the last year for that body style. One thing that helped was the delay in the introduction of the 1970 Camaro. Due to production problems with the new Camaro design, the introduction was delayed several months. Today, many consider the 1969 Camaro to be the best design of all the Camaros. The new Camaro that Chevy is set to launch in 2010 was heavily influenced by this car. That is indeed a fine tribute.

American Motors returned with the 1969 AMX and 1969 Javelin. Since both cars were introduced in the prior year, very little changed. Plymouth continued with the 1969 Barracuda. The Barracuda was basically a carryover because MOPAR engineers were busy designing the remarkable 1970 Challenger and 1970 Barracuda. Pontiac introduced the awesome 1969 Firebird Trans Am. Ford gave the 1969 Mustang a whole new look with the Sports Roof body style. It was an instant classic.

The 1970 Camaro was completely redesigned. It was longer, lower and much more European in appearance. 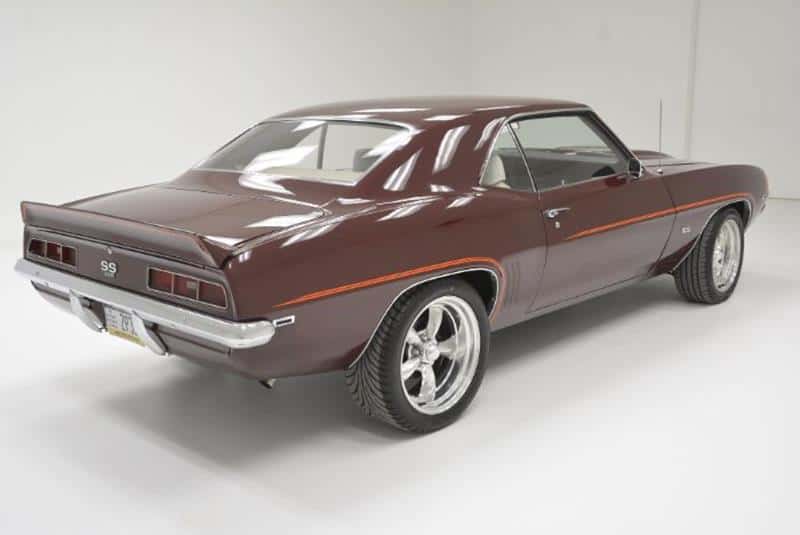 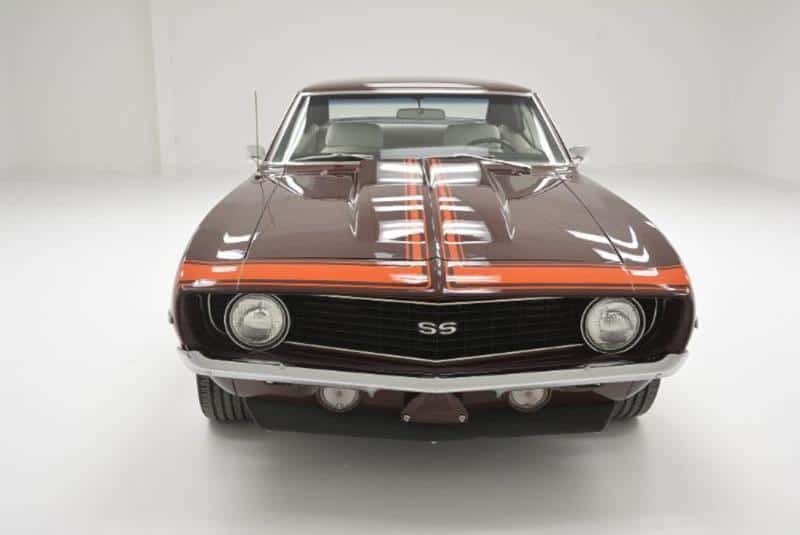 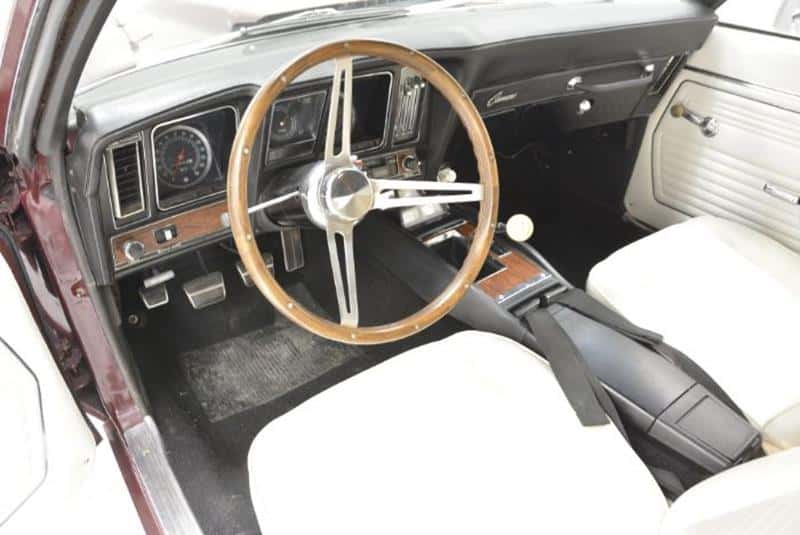 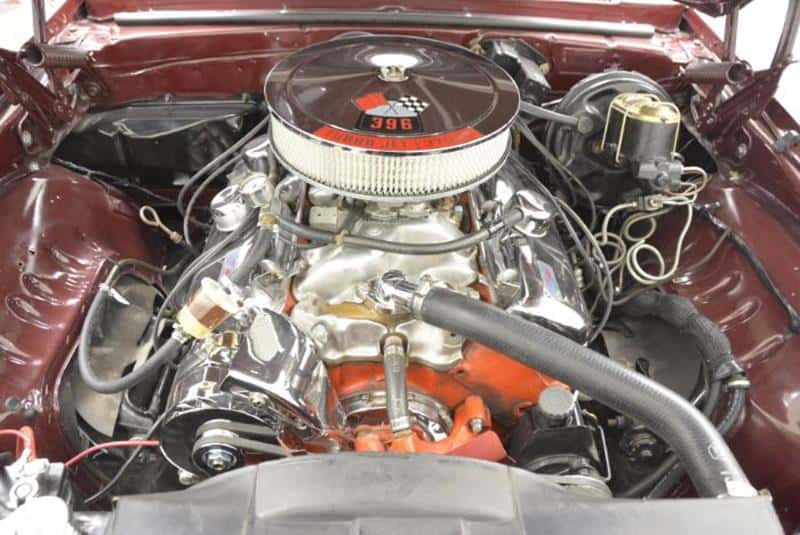 The Best Camaro Ever

This is the poster car for the pony cars of that era. The design was crisp, the car was the right size and it had good performance. No wonder it was the inspiration for the 2009 Camaro.