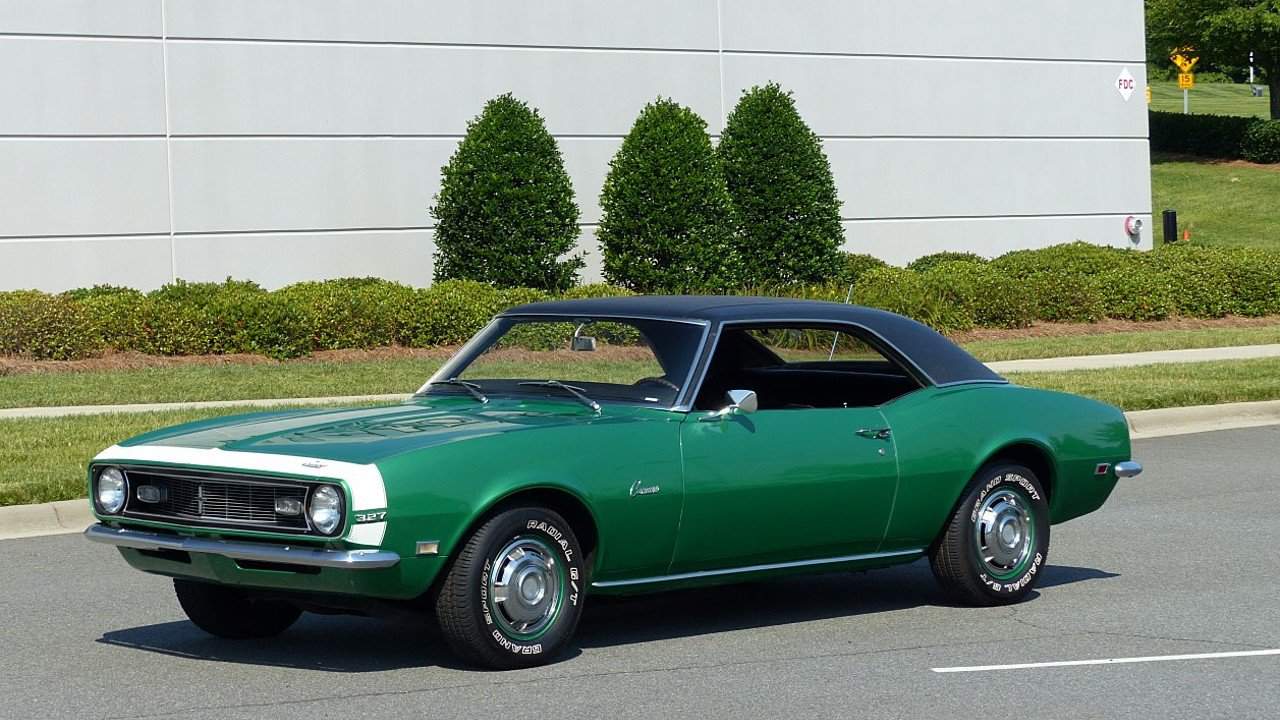 The sales literature from 1968 said the second year Camaro was for the “fun crowd” and that it was a “husky performer and looks it.” Chevrolet Marketing

Little changed for the second year of Camaro production. Minor changes were made to the front and rear of the car. The square headlights from the 1967 Camaro were replaced with rectangular ones. Side markers were added and the vents were removed from the windows. All minor stuff which says that overall the designers got it right the first time. Pony Car fans were well satisfied with the car also. In 1967, Chevrolet sold about 221,000 Camaros. In 1968, sales were over 235,000. The car was well received.

The base Camaro continued to be the car that emphasized looks over performance. The largest engine available in the base lineup was the 327ci small block. It was a good engine but it couldn’t compete with the big blocks or the high performance 302ci found in the Z/28s. The Super Sport or SS continued to be the ground pounder of the group. It was a ¼ mile machine. The Z/28 continued to display its road racing roots. While the SS may have been the power lifter the Z/28 was the tri-athlete of the group.

The Super Sport 396 package included a unique hood with twin banks of four square simulated air intakes, big SS 396 emblems and a host of other performance upgrades. Of course the heart of the car was the 396ci big block. Several versions were offered and they all offered very good performance. The straight line performance of the SS396 was very similar to the Z/28. Because the SS was much cheaper than the Z/28 GM sold about four Super Sports for every Z/28 sold.

General Motors decided to let the public have their Z/28 in 1968. It was still a bare knuckles race car. Air conditioning was not an option. Neither was an automatic transmission. Disk brakes were a mandatory option. All the suspension Components were beefed up and many of the other critical drive train Components were built up. This was the real thing. Not some badged up pretend muscle car.

Finally, for those not content with the SS396, one chevy dealership offered a more powerful Camaro and became a legend in the process.  The ”Super Yenko Camaro” or SYC was billed as the ultimate Camaro. It’s easy to see why. The fine people at Yenko Sports in Canonsburg Pennsylvania ripped the 396ci big blocks out of about 100 Camaros and replaced it with a 427ci L72 Corvette engine producing at least 425hp. After the engine transfer, they beefed up a few other Components, added a unique hood and threw in a few badges for good measure. The result was a $3800 Camaro that could do 0-60 in less than 4 seconds and the ¼ mile in the low 12 second range.

More manufacturers entered the pony car market in 1968. American Motors introduced the 1968 AMX and the 1968 Javelin in an attempt gain share in the rapidly growing market segment. The AMC AMX and AMC Javelin were similar cars with the main difference was the deletion of the back seat in the AMX. Other than the 1968 Corvette, the AMX was the only two seater widely available in the marketplace. The Camaro’s big sister, the 1968 Firebird, remained largely unchanged. Plymouth went all in with its 1968 Barracuda. They dropped a 426 Hemi in the engine bay. Seventy lucky owners got a pony car that was ridiculously powerful and, more than likely, ridiculously hard to keep on the road. Ford answered the sales challenge from the Camaro and the horse power challenge by adding the 427 Cobra and 428 Cobra Jet engines to the lineup for the 1968 Mustang.

The 1969 Camaro was the last of the first generation Camaros. The body was updated to make it appear “longer and lower.” Many consider it the main inspiration for the reintroduced 2009 Camaro. 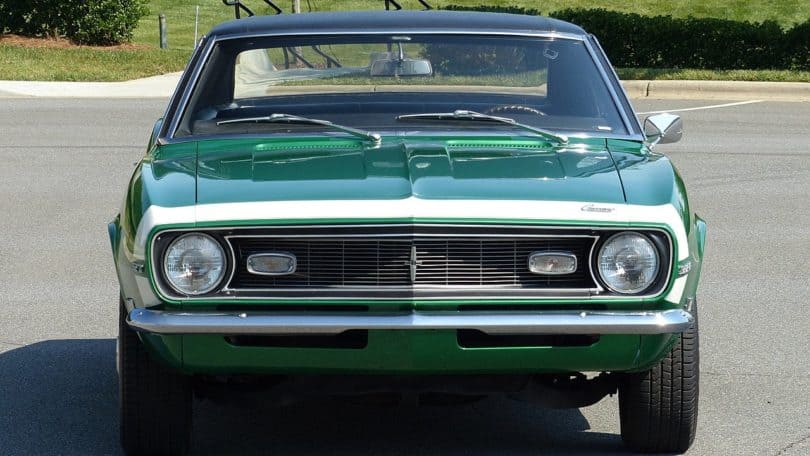 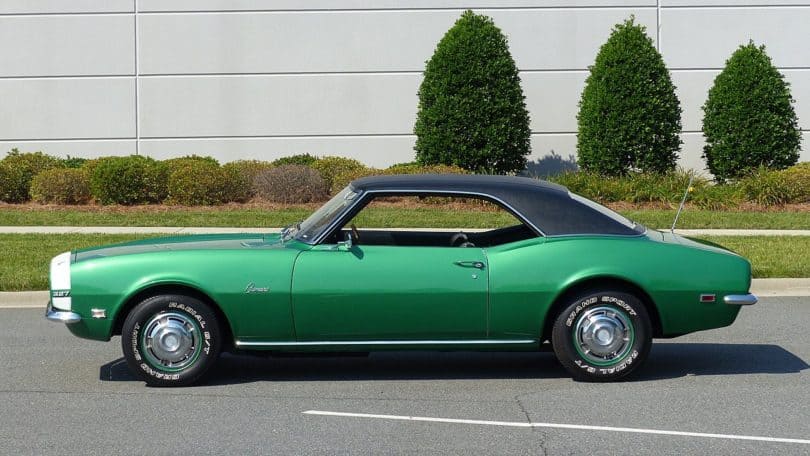 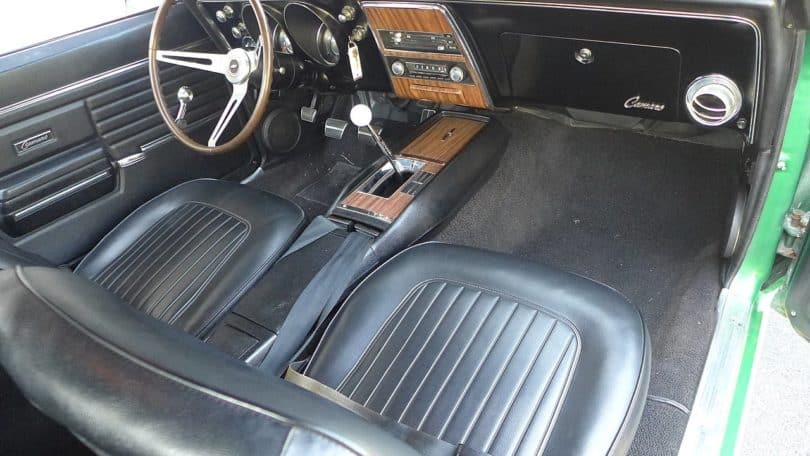 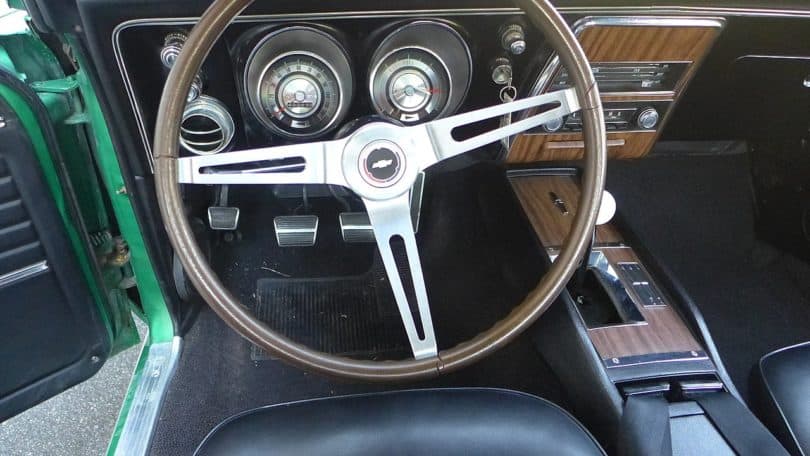 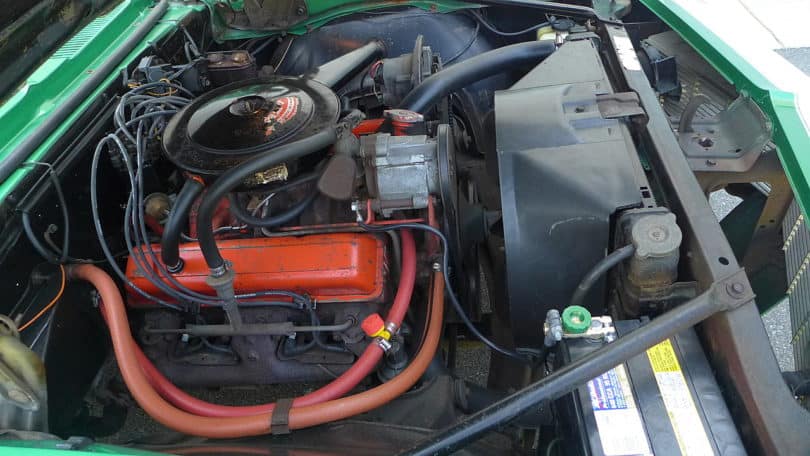 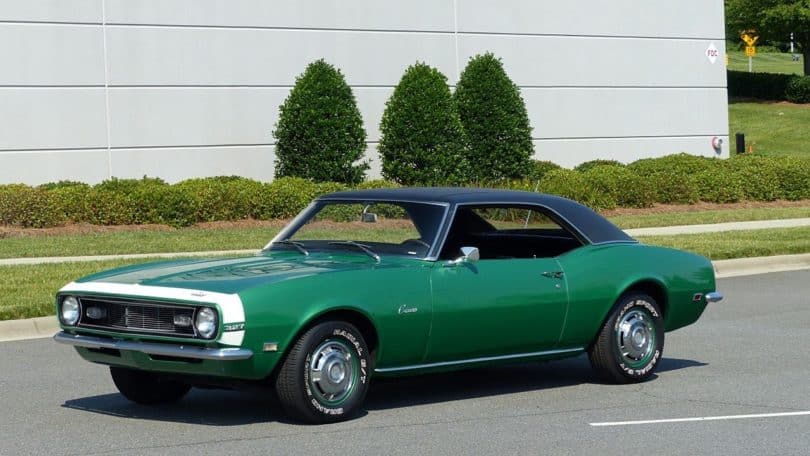 The is without a dought one of the coolest cars ever. A sporty coupe or rag top, this car screems attitude. They made a style for anyone, 6 banger is lame and for the cheep or poor, the 350 is the base V8 and not impressive, the 327 is the start of performance, the SS350 is a better performance option for the budget, then the 396 big block. That was the straight lone car you wanted. Although if you wanted to hit a courner and go fast you wanted the 302 Z28. The real bad boy. All this was a deal, but if you have ever bin in one. Well you the interior is where they saved money. Its very dated too.

Sill On Of The Best Looking Cars Ever

I think these first generation Camaros are among the best muscle cars ever. They look good, they performed well and they were affordable. It’s hard to ask for anything more. I just hop GM remembers this while they are putting the final touched on the 2009 Camaro.