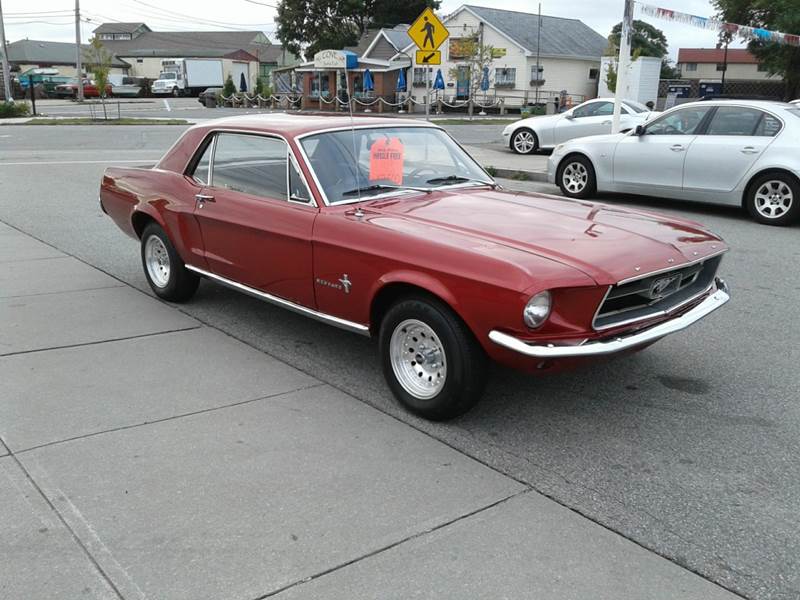 “Three ways to answer the call of the Mustang … The ’67 is very much Mustang … still very new.” 1967 Mustang sales brochure

1967’s Mustang redesign wasn’t drastic, but it did offer a sportier looking car just in time for a new slew of Mustang competitors to be introduced that year. Overall, the car was slightly larger than its previous incarnations at exactly two inches longer and almost three inches wider. Many felt, however, that the new design made the car look larger than it was, and therefore more powerful. And with the optional 390 cubic inch V-8 introduced for the first time, the car could in fact be more powerful.

All of this would work in the Mustang’s favor, since 1967 saw the introductions of competitors that it would be in competition with into the next decade for the title of top pony car.

Though still selling well, 1967 was the first year since its introduction that Mustang production dropped, falling 22.29 percent from the previous year to 472,121. Still, this accounted for 27.27 percent of total Ford sales, putting it in second place for the best-selling Ford behind the Custom, Galaxie and LTD, which were grouped together as the full-size line. The Mustang decline was in line with total Ford production, which dropped 28.66 percent from the previous year, dropping Ford back into second place behind Chevrolet, which the company had passed in 1966.

Standard features for the car remained largely the same as the previous year, though the slightly revamped interior contained larger dash gauges alongside an energy absorbing steering column and softer interior knobs, both of which were required by new federal regulations. There were a host of new options available—114 by Ford’s count—including Tilt-Away Steering Wheel, SelectAire Conditioner and optional shoulder belts for driver and passenger seats.

Despite remaining at the same price as the 1966 Mustang at $2,461, the 1967 model was the first hardtop Mustang to show a reduction in production from the previous year, dropping 28.71 percent to 356,271 units. As in the previous years two year models, the base engine was a 200 cubic inch six-cylinder that could be upgraded to any engine offered as an option for the Mustang. In addition to this and the Thunderbird Special, three other 289 cubic inch V-8s were available: the Challenger, which produced 200 horsepower, the Challenger Special that was rated at 225 horsepower and, totaling 271-horsepower, the Cobra.

The only model gaining production was the fastback, which posted a 99.01 percent increase from the previous year model with 71,042 units produced. The new styling was particularly flattering to the fastback models, which produced nearly as many units as it did the year of its introduction.

Exclusive to the fastback was the standard Silent-Flo Ventilation system and a continuation of its now standard practice of fold-down rear seats to increase cargo space.

Production on the convertible suffered more than the hardtop with a 37.87 percent decrease from the previous year to 44,808, by far the convertible model’s lowest production numbers since the year it was introduced.

Again available on the convertible, as well as the other Mustang models, was a GT package, which was largely the same as it had been since its introduction on the 1965 models. In addition to having a base V-8, it included the signature three-stripe accent trim across the bottom and fog lights, though this year automatic transmission versions were known as “GTA.”

While Ford was in somewhat of a slump overall anyway, the Mustang’s sales were hit in particular as 1967 saw the introduction of both the Chevy Camaro and its cousin the Pontiac Firebird. These two cars were introduced specifically to compete with the Mustang and became its first real pony car competition.

Though still no match for the Mustang, the Camaro sold particularly well for an introductory car, with production at 220,917 units. The Firebird held its own with a production run of 82,560 in 1967.

In addition to these threats, the Plymouth Barracuda, initially introduced in 1964 to compete with the Mustang, had a nearly 65 percent increase in production. Even the Mustang’s own corporate cousin, the Mercury Cougar, had a very solid first year run producing 150,893.

All of this was the initial signal that Ford no longer had the monopoly on the pony car class, and that the immediate years to come would see the Ford in heated competition with these other automakers, while also facing an impending energy crisis, heightened safety concerns and a troubled economy. As of 1967, the pony car wars had begun.

The biggest change to the 1968 Mustang was the introduction of the mighty 302 cubic inch engine. 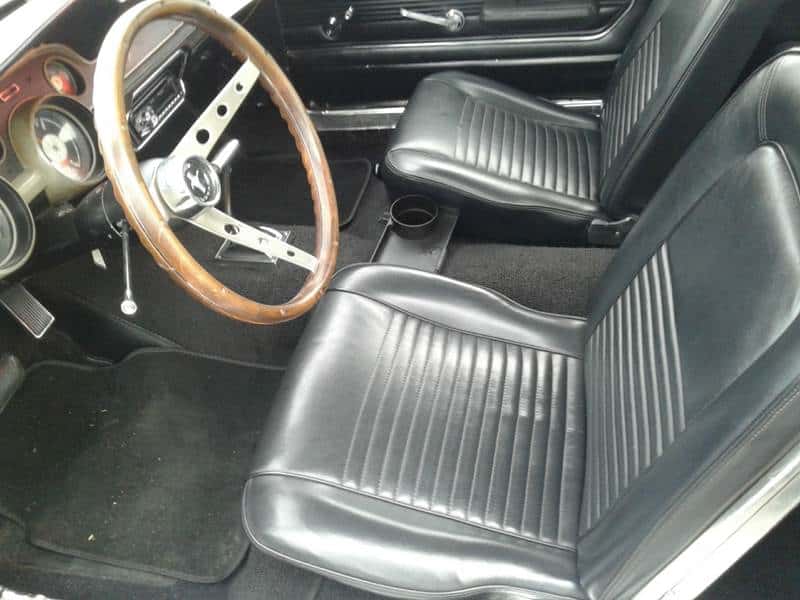 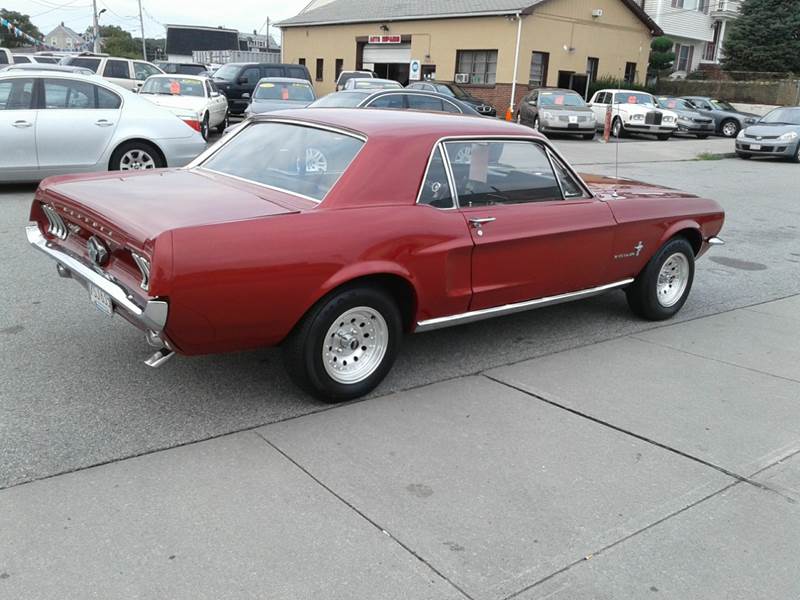 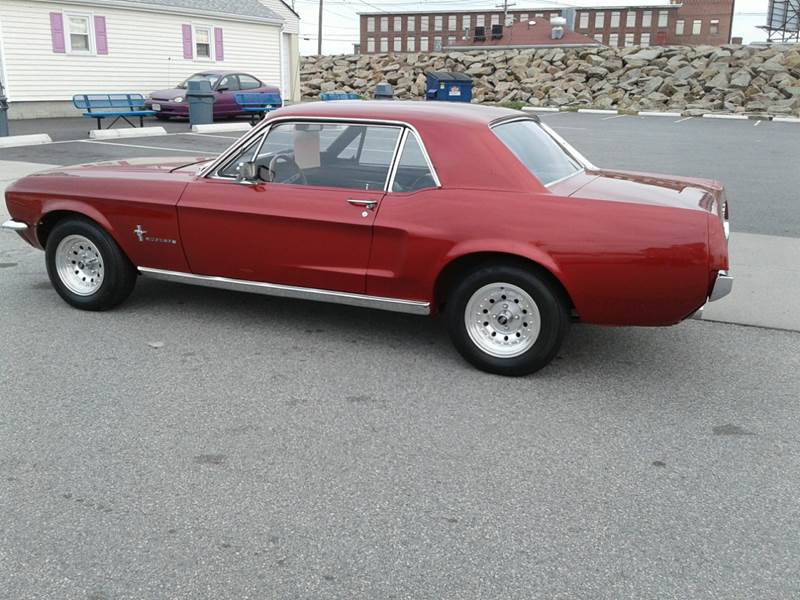 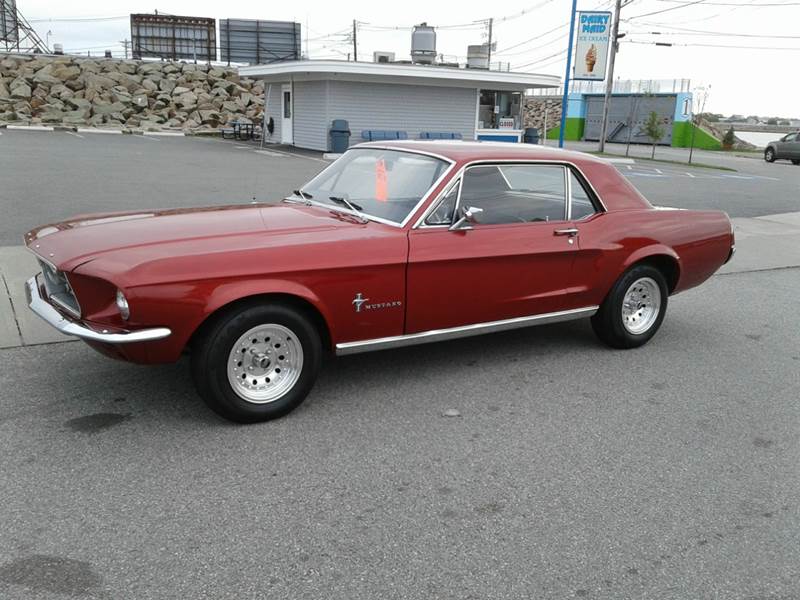 A Little Bigger And A Lot Faster

The 1967 Mustang was wider and longer than the previous model. It was a good look for the car. The interior received a nice upgrade as well. Sales were hurt by the new Camaro and the Firebird but there are still plenty available even today for the pony car enthusiast. Repair parts and aftermarket replacement items are readily available and relatively affordable. A nicely restored example would be a great addition to anyone’s muscle car garage.

Pro
Performance was up with the 390ci engine.
Con
Sales took a considerable hit because of the new Camaro and Firebird.