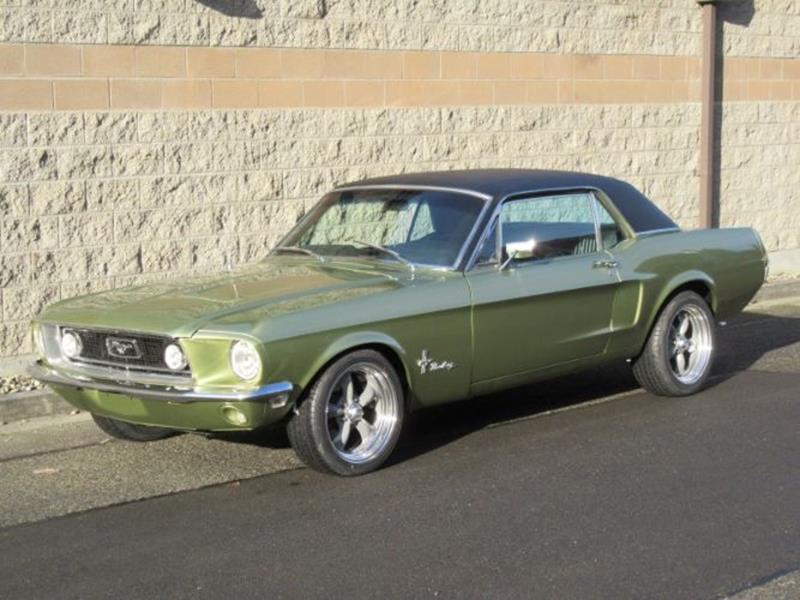 “Mustang grabs you, turns you on—creates a new you, puts you in a whole new exciting world!” 1968 Mustang sales brochure

The biggest changes to the 1968 Mustang line were a few differences in engine options, including the previously 302, which for years would remain a popular engine in many Ford models. Stylistically, little changed from the revamp that occurred with the 1967 Mustang other than the less pronounced side scoops, though new federally mandated front and rear side markers help differentiate between the ’67 and ’68 models. Though many interior changes for the 1967 model were in response to new federal safety regulations that took place January 1, 1968 (i.e. the energy absorbing steering column), noticeable on the 1968 model was the now required standard shoulder belts for driver and front passenger.

As competition continued to increase with additional new models introduced in the pony car category, Ford again saw a decline in Mustang production throughout 1968. Total production was down 32 percent to 317,148.

The new six-cylinder option offered a more powerful car without breaking the bank. Only $26 upgraded one from the base model to a 3-speed manual 250 inch six, as opposed to the extra $106 required for the lowest priced V-8. Horsepower increased by 35 between the two six-cylinder models.

While the 289 cubic inch V-8 Challenger engine was still available, the 302 cubic inch V-8 came in two models (the Challenger Special V-8 and the High Performance V-8) that were created in response to coming federal emissions standards. Depending on whether the two barrel or the four barrel 302 was chosen, horsepower could be increased by as much as 35 over the 289 version. Introduced for the 1967 line, the 390 cubic inch “Thunderbird Special” V-8 also was still available, and produced 325 horsepower.

Still the most popular of the three Mustang models, as it had been throughout the car’s history, the production of the hardtop model was 249,447 units in 1968. At a decrease of 30 percent from the previous year, the amount of the drop in production was the least of any of the Mustang models. Perhaps another factor in the decline in sales, in addition to the increased competition, was the fact that all Mustangs saw the greatest price increases since the introduction of the Mustang. The base hardtop model was up 5.73 percent since the previous year to $2,602.

Although once a slow seller in the Mustang line, the 1967 and 1968 version Fastback now sold much better than previous versions had. With the 1967 redesign and the ‘68’s close resemblance, the 1968 was no exception. Though production was down since 1967 to 42,325, it still outsold the convertible, and the decline was less steep than the convertible model. Now standard on the fastback models was the Silent-Flo Ventilation system and fold-down rear seats to increase cargo space.

With production only at 25,376 in 1968, the convertible model posted its lowest numbers ever, including the shortened 1964 1/2 model year. Down 43 percent from the 1967 year model, Ford did manage to give the convertible the smallest price increase of any of the models this year, up 4.3 percent to $2,814.

While Mustang sales took a hit in the 1967 model year after the introduction of the Chevy Camaro and Pontiac Firebird, 1968 marked the real slump caused by these arrivals. Both the Camaro and the Firebird posted increased production throughout 1968, with Camaro’s total production up to a very successful and competitive 235,151. Additionally, the introduction of the AMC Javelin to compete with the other pony cars produced a successful car with respectable production numbers (55,124 units) from the underdog company.

Affecting sales, as well, were drivers that were turning their attention to the muscle car trend gaining traction at this time. The Chevy Chevelle and the Pontiac GTO, among others, were placing large, powerful engines in relatively small cars and were attracting many buyers. Ford, obviously concerned with all of these factors, released a redesigned Mustang for 1969, complete with new models and engine options. 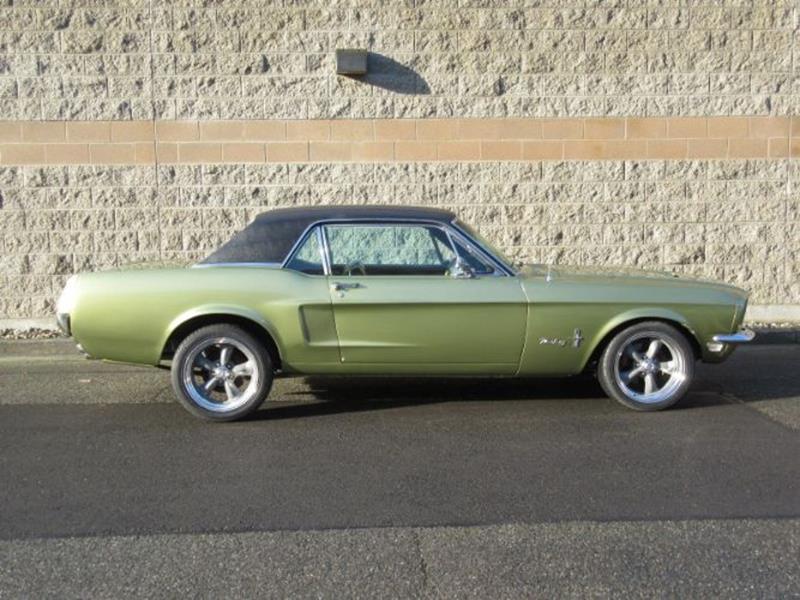 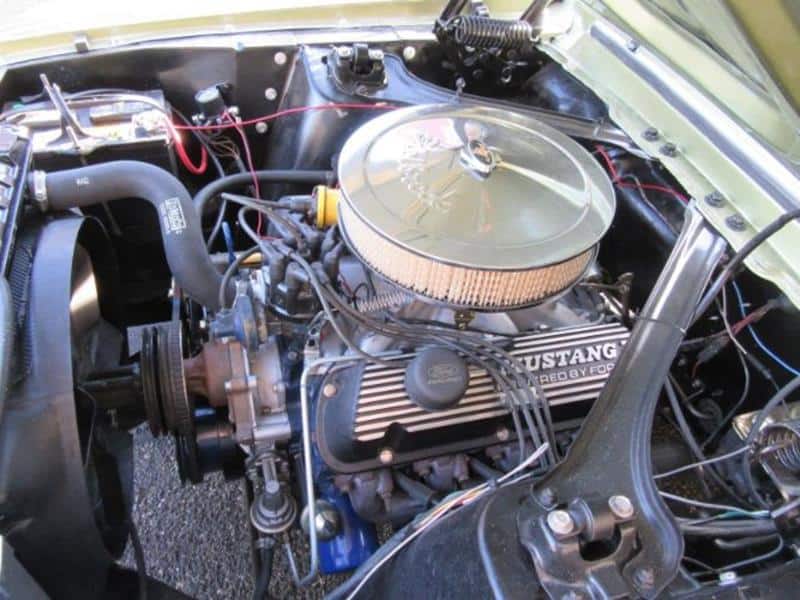 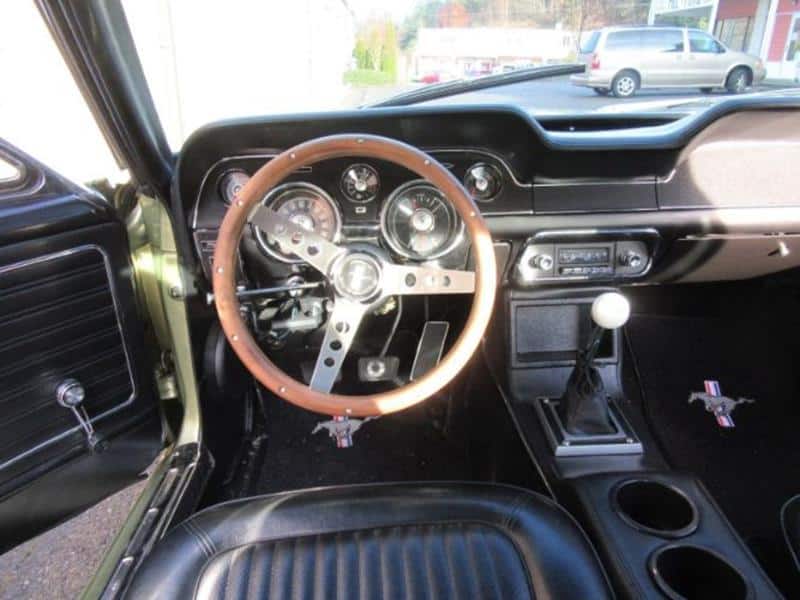 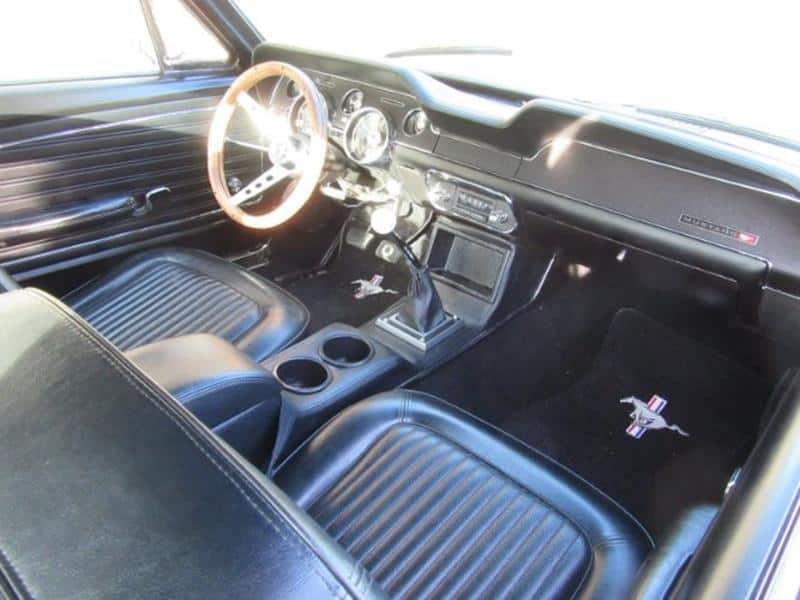 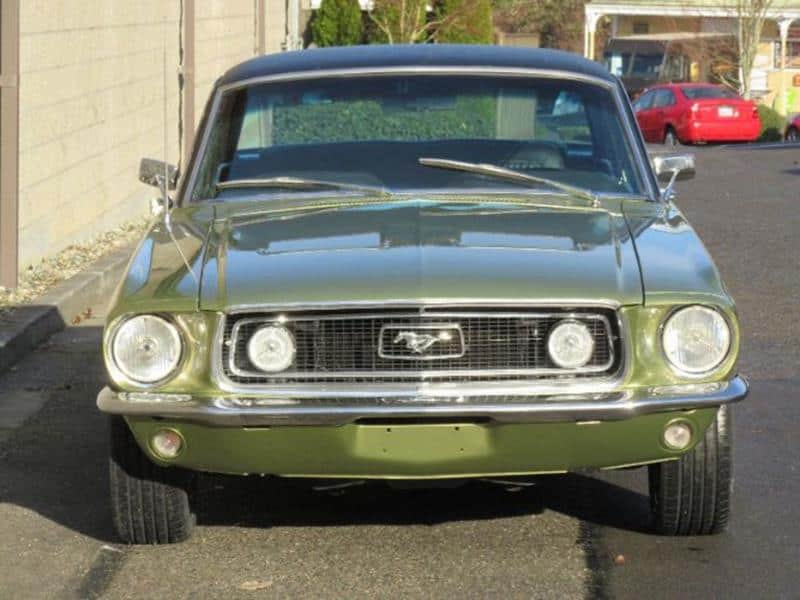 One of my favorite pony cars of all time

Although the 67 Mustang was very similar to the 68 Mustang on the outside, there were significant changes to the interior. The 67s interior was much more simplistic and “old school” while the 68s was much more modern. I tend to prefer the 67s more. Otherwise the car is almost perfect in its looks.