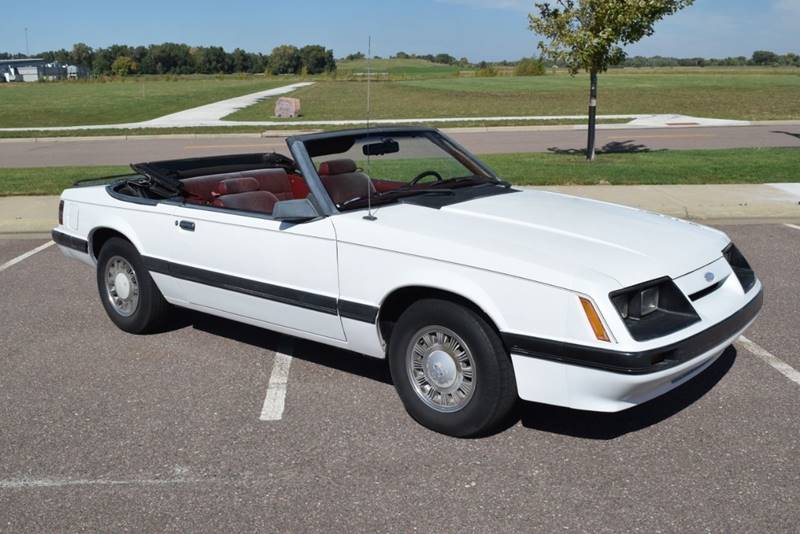 “Mustang is the spirit that moves you.” 1985 Ford sales brochure

Though the body style didn’t actually change, the 1985 Mustangs looked much sleeker and distinct with the elimination of the egg crate grille that had been used since the redesign of 1979. The new trim levels left the LX as the only model offering the increasingly less desirable coupe option (it also came in hatchback and convertible forms).

But the big story for 1985 was those engine upgrades. The 5.0 V8, standard on the GT models, received a two-speed accessory belt drive, roller tappets and a high performance cam valve train to produce additional power. The fuel injection V8 was unchanged and still produced 165, as it had the previous year. Beefing up the SVO turbocharged four-cylinder was the addition of an air-to-air intercooler, among other improvements. The Turbo GT was dropped this year, and with it the lower powered turbocharged four-cylinder option.

Other than these changes, engine options were the same as they had been for the 1984 Mustang. The base for LX coupes and hatchbacks was still an 88-horespower inline four-cylinder, and the 3.8 litre V6, producing 120 horsepower, was standard on LX convertibles.

In addition to its more powerful engine, the Mustang SVO (the only Mustang this year labeled as a 1985 ½ model) had a sleeker body than it did in 1984. In addition to its scooped nose with no grille (which inspired the other Mustangs to have the same nose job performed this year), the 1985 ½ SVO is the first Mustang to have flush mounted headlights, which gave the car a more modern look that would be standard on all Mustang models by 1987.

With the elimination of any “luxury” model Mustangs (i.e. Grande, Ghia, GLX) this year, the LX split the difference between the former base L model and the luxury models, allowing buyers to add on a number of options to the LX. While the base price for all 1984 Mustangs was over $7,000, the LX coupe dropped to $6,885, with the hatchback totaling $7,345. Once again, as had been the trend since the redesign, more hatchbacks were produced than coupes.

With the elimination of the Turbo GT, the 1985 GT was only available with a 5.0 V8. Now distinguished by a wide black out hood stripe and fog lights, the GT was easy to spot. It was available in either the three-door hatchback, which had a base price of $9,885, or the GT convertible, which started at $13,585.

In addition to the aforementioned features, the SVO Mustang also came with a standard charcoal sports interior (charcoal was the only interior color available) with a sports steering wheel and special instrument panel. Still the most expensive base Mustang model, the price had decreased by over $1,000 from the previous year to $14,521.

Once again in 1985, it was clear that the majority of the American car buying public were looking at fuel savings. The top three selling cars were the Chevrolet Cavalier, the Ford Escort and the Chevy Celebrity. Additionally, Honda had just started manufacturing the Accord in the U.S., and there were waiting lists to purchase them. The fuel-efficient base four-cylinder Mustang stood to compete with these.

On the other hand, there was once again a growing interest in performance vehicles. Nothing like the pony car and muscle car wars of the late 1960s and early 70s would ever be seen again, but the fuel crisis was a few years removed and some drivers wanted a car with a little bit of go. Though it was slightly larger than the Mustang, the Camaro was again seen as a competitor because of its similar horsepower options and sales numbers. 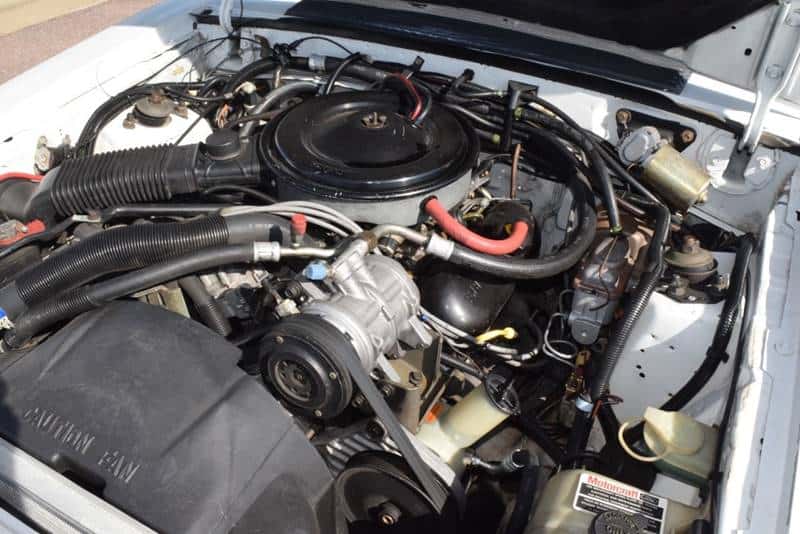 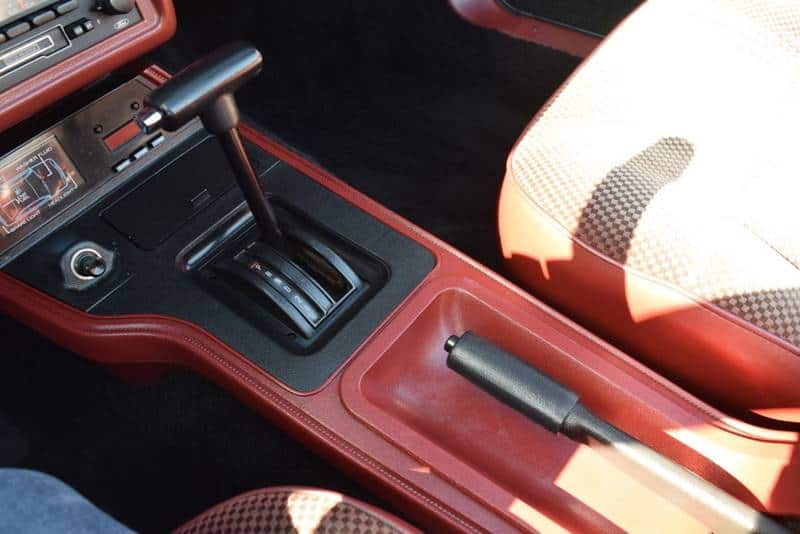 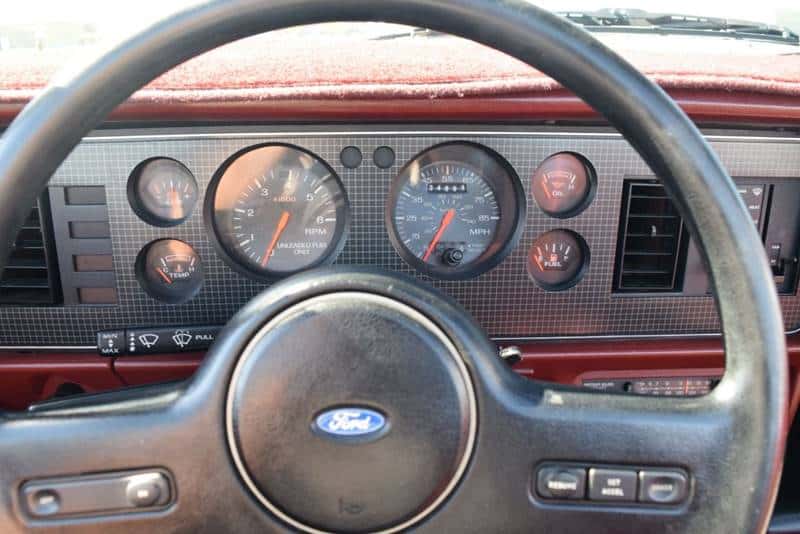 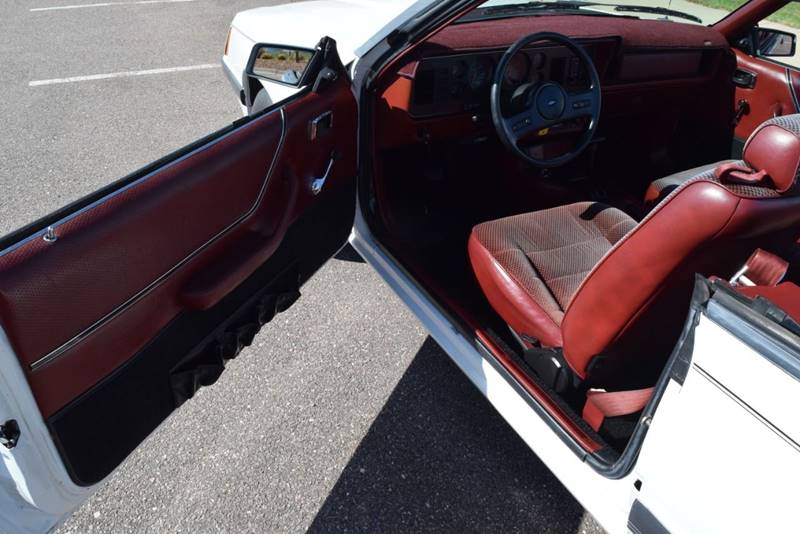 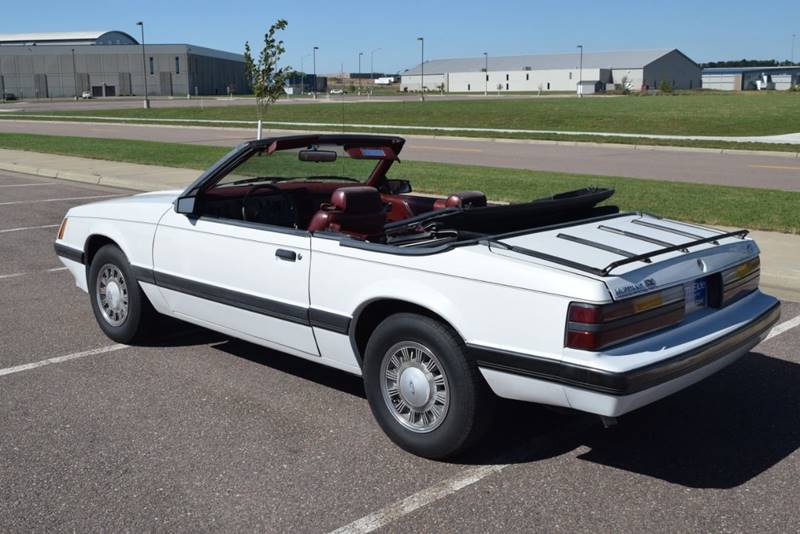 The 1985 mustang gt was the best mustang built in 15 years without a doubt.The only downfall was the 7.5 rear end and the brakes that were both weak but after an upgrade on the brakes and adding the 8.8 rear end your looking at a definite collector car.First mustang with factory headers,world class t5 tranny,first stang to crack 200hp in a decade are just a few of the features to make this a camaro killer.Drop the cats and add some flows and your looking sweet while cruising for some pink slips.The 1985 stang is a stand alone year and would eat a corvette of the same year for half the price.

I drove one an 85 GT for my machanic. It had been running rich and someone had to drive it, and me a regular there was waiting for a bay to work on my Camaro. Well, he need someone to drive it 🙂 I said yes, I suppose. Well the car was a stock manual, 5L, with 80,000miles. Well I owned a 89 Lx 5.0 before this and when I started this car it was louder. Also it seemed to be less refined when driving. Tipcle of compairing a caberator to fuel injected. Well I pulled out and noticed the cars handling and braking seemed slugish but similar to any 5.0 of the 80s. But the torque was lot of fun. It made the Stang come to life. I didn’t go over board because it wasn’t mine, but it accelerate nearly as good as my 89. The shifts were from the same awsome T-5 trans that was used up until recent. This is the first year of this option. I was glad to not be a auto. The auto’s in stangs are known to be slower and well boaring, and 85 was the first of the 4sp standard. Though steer clear of the 79-84 auto. They are a headache and not only feature poor preformance are unable to receive mods. Well performance was fun. The 5L makes 210hp with manual, with auto its a 185hp.(keep aware)
So the interior is very 80s, but atleast the caberated engine went out with a bang, though small. If you mod these engines you only receive a max of 350hp, and 300 leagally. So keep that in mind when changing you 5.0 to carberated or pick this year to tune. You are limited to carberated math. Displacement+tourque over RPM. You will reach a limit early.

All in all this isn’t worth collecting, its not a mind blowing or addictive, and not a great everyday car. So I don’t know what its worth to own to day, then a poor kids first mustang. It aged far worse then the later years 5.0s. I feel like for performance its a deadend.