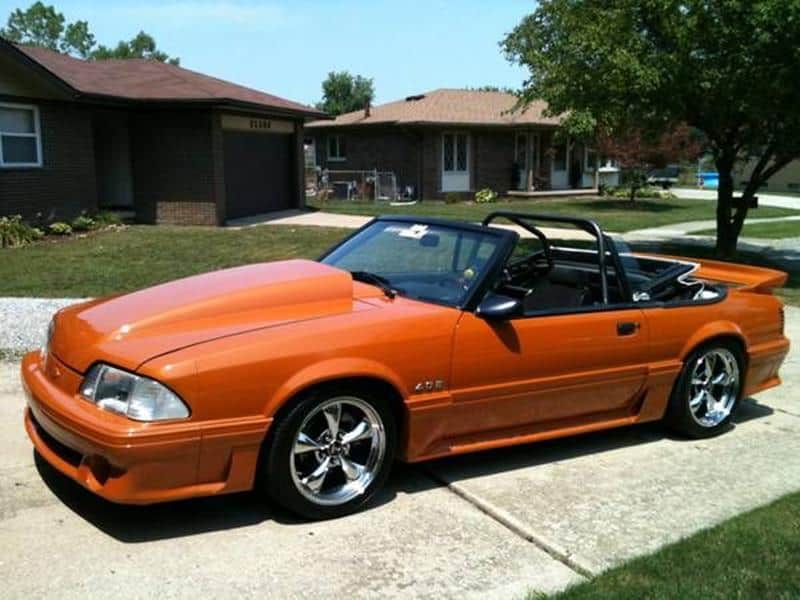 The most noticeable change about to the 1987 Mustang was the headlights and taillights. Up front, flush-mounted halogen lights recalled the SVO design of the 1986 Mustang, and the taillights were redesigned, with the LX models changing slightly and the GT getting a new louvered treatment. Between the headlights, the front was even more closed in than when the grille disappeared from the front the previous year.

A year with one of the fewest engine options ever available for the Mustang, the cars were either geared toward fuel-efficiency with the 2.3 litre four-cylinder engine producing 88 horsepower, or towards those who wanted performance with the now fabled 5.0 litre V8 producing 225 horsepower. New cylinder heads and updated exhaust and fuel injection improved the low-end torque for 1987. Improved handling and ride were improved by suspension modifications.

After a production spike in 1986, total production was down around 60,000 units to 159,145. This could have been a result of the fact that prices increased for every Mustang model, with the base LX being over $8,000 for the first time at $8,043. With the SVO model absent front the Mustang lineup since 1986, only two Mustang models were left: the more standard LX and the performance based GT.

The LX model was the only Mustang trim level with a coupe options, and could also be purchased as a hatchback or convertible. Only 43,257 coupes were produced (as opposed to 94,441 hatchbacks and 32,074 convertibles). Newly designed high back bucket seats were now standard on the LX, as well as a revised instrument panel and an AM/FM radio. A center console and turbine wheel covers were also standard.

In addition to the front air dam that had been included on the GT for a few years, the exterior of the 1987 GT included a longer, low profile hood, fender extensions with air scoops and a rear spoiler to improve air flow. The interior of the GT featured sportier and upgraded standard features than the LX, including a sport, tilt steering wheel, warning lights and adjustable seats. While the rear seats of the hatchbacks had been able to fold down to create more cargo space for years, there was now a split rear seat, so half the seat could be folded down, keeping room for a passenger.

As it was in 1982, the Ford Escort was back on top as the best-selling car in America, continuing the trend of Americans concerned with fuel-economy and purchasing smaller cars. In fact, the other two top selling cars in 1987 were the compact Chevrolet Cavalier and the mid-sized Ford Taurus, only in its second year of production. Gas mileage for the Mustang and the Taurus was fairly similar, and both were a little behind the smaller Escort. But the four-cylinder Mustang was by no means a gas guzzler and could hold its own amongst not only the best selling cars that year, but also the new imports like the Honda Accord and Toyota Celica that were selling more and more every year.

Additionally, the GT Mustangs, with their 5.0 V8, had plenty of power to match the more performance driven competitors like the Toyota Celica Supra and, to some extent, the Mustang’s old foe Camaro. 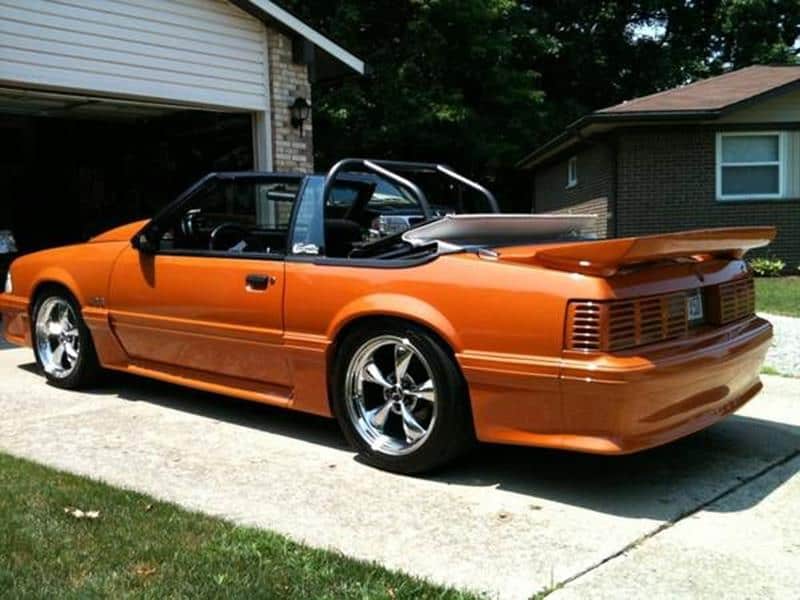 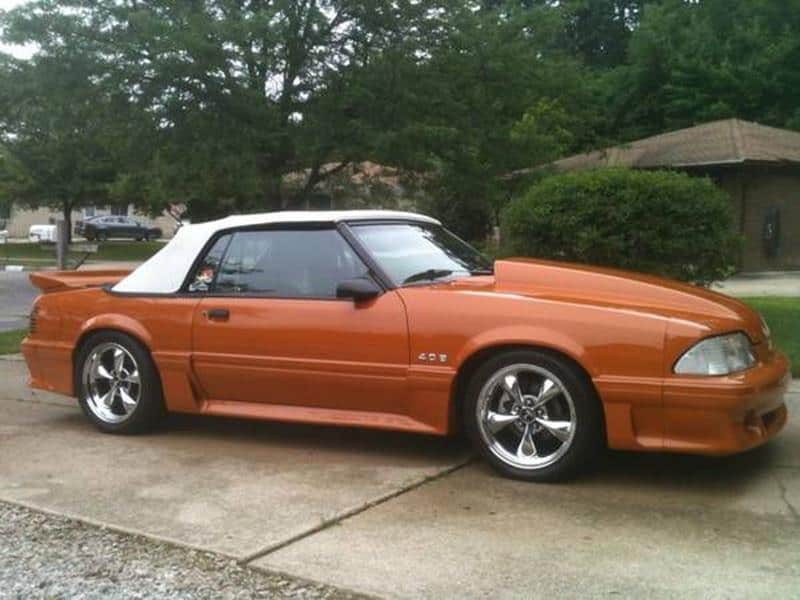 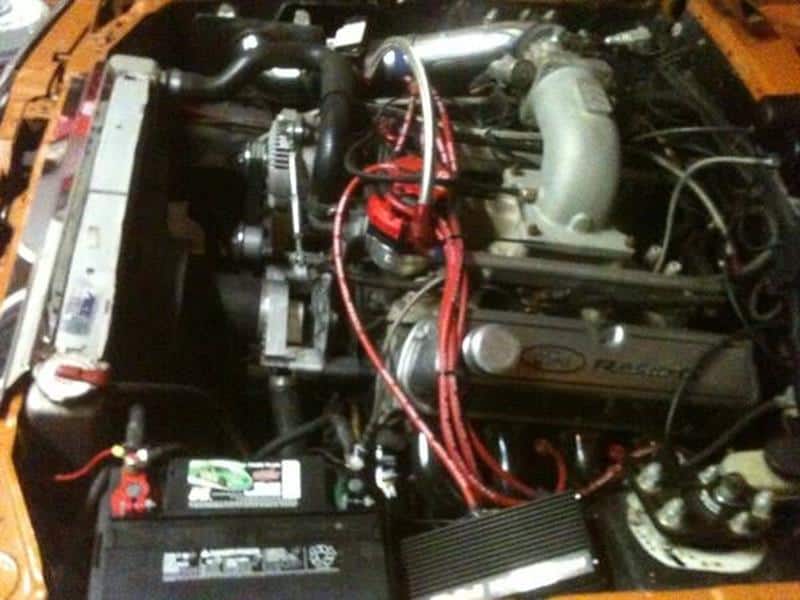 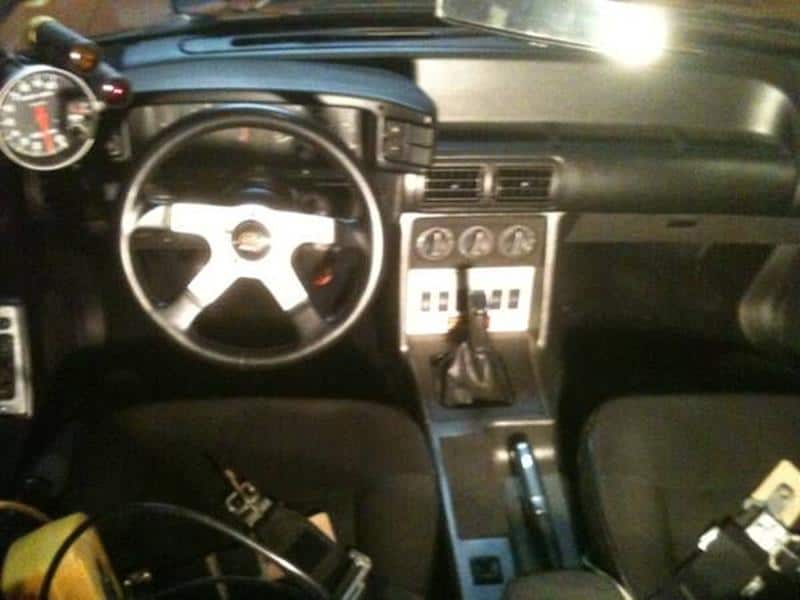