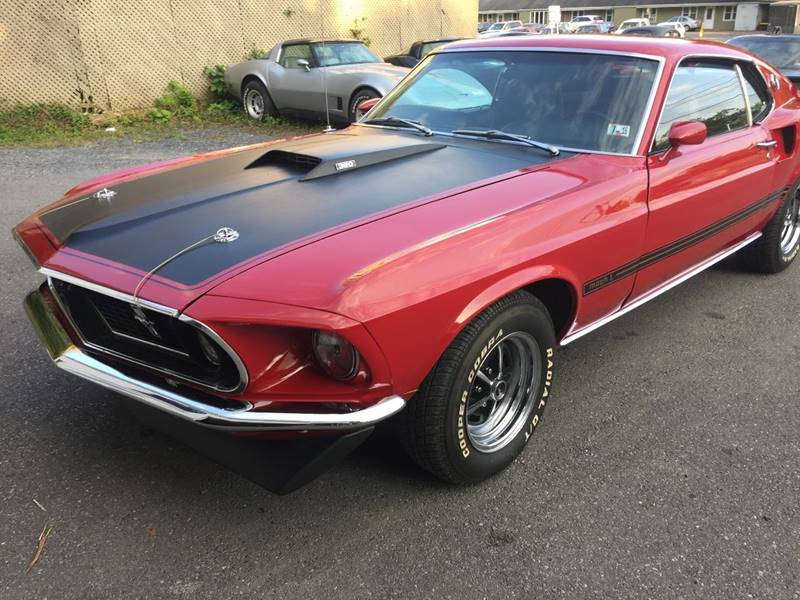 Responding to declining sales resulting from increased competition in the pony car genre, Ford completely restyled the Mustang for the 1969 year model. Though actually only four inches longer than the 1967 and ’68 Mustangs at 187.4 inches, the redesign had the muscular look of being far larger than the previous models. Most prominent was a four headlight system, moving the main lights outside of the grille, with the inboard lights mounted inside the grille.

And for those participating in the late-1960s trend of wanting more powerful cars, the Mach I model was introduced as the most powerful Mustang ever. Available with the aforementioned 428 cubic inch V-8 called the Cobra Jet Ram-Air, capable of producing 360 horsepower, the car came with dual exhaust and high back bucket seats. Possibly in response to the muscle car trend, hood air scoops were added.

For the third consecutive year, Mustang production fell in 1969, though this year’s drop of 5.62 percent over 1968 marked the lowest yearly decrease since 1967. Total production of 299,320 was helped by an increase over 1968 sales of the fastback model, now known as the SportsRoof, and the addition of two new Mustang models.

The next most powerful option was the also new 351 cubic inch V-8, producing either 250 or 290 horsepower depending on whether it was the 2-barrel or the 4-barrel version. The 390 cubic inch engine was still available, as it had been since 1967 to produce 320 horsepower. The 428 cubic inch V-8 came in two 4-barrel forms, the Cobra jet and the Super Cobra Jet, producing 335 and 360 horsepower, respectively.

True to the form of all Mustangs before, the 1969 Mustang was known for having nearly any option (including any of the engines) available for any model of the car. The GT Equipment Group package was offered, as it had been every year since 1965, and included a base 351 cubic inch engine, heftier shocks, pin-type lock hood and other GT trim ornamentation.

Like it had every year since the inception of the Mustang, the 2-Door Hardtop had the highest production run of any other models in 1969 with 127,954, though that number was down 48.7 percent from 1968.

Renamed the SportsRoof, the fastback model was the only of the three original models to produce an increase in production over 1968, up a respectable 46.44 percent to 61,980 cars. In addition to the fact that the fastback body style highly complemented the redesign, this increase also could have been affected by the fact that for the first and only time, the fastback was priced exactly the same as the hardtop, with both model’s base price standing at $2,635.

For the second year in a row, the convertible model once again saw a production decrease of over 40 percent over the previous year, this time bringing total production down to 14,746.

The Mustang Grande, new for 1969, was basically a luxury package for the Mustang in the same way that the GT option was a sports package. Starting with a base price only $231 higher than the regular hardtop, the Grande featured wire-style wheel covers, racing style mirrors and a special interior with wood-grain trim and a center console storage space.

While the Grande was designed for Mustang owners who wanted a little more luxury, the Mach I was specifically made for those who desired performance. The base engine was the 351 V-8 and included hood air scoops (simulated for all but the Cobra Jet engine), high-backed bucket seats and a special Mach I reflective stripe.

The Mach I model came just in time to compete with new package options offered by the Mustangs two primary competitors, Camaro with its Z28 package and the Firebird Trans Am. The Camaro was still selling very strongly in 1969, with a total production run of 230,799. Firebird had a respectable production year at 87,708, and production numbers of the AMC Javelin and Plymouth Barracuda hovered in the 30,000 to 40,000 range.

Though 1970 would see the introduction of the Dodge Challenger, the last car considered a pony car, the trend was already beginning its decline, with every pony car model in 1969 showing a decrease in production from the 1968 model year. This trend would continue as the oncoming years brought about increased environmental, economic and fuel shortage concerns. 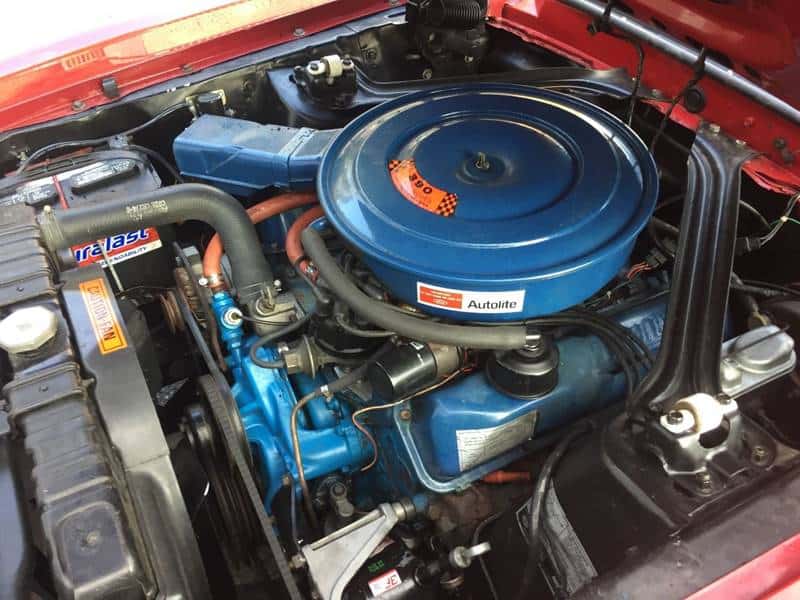 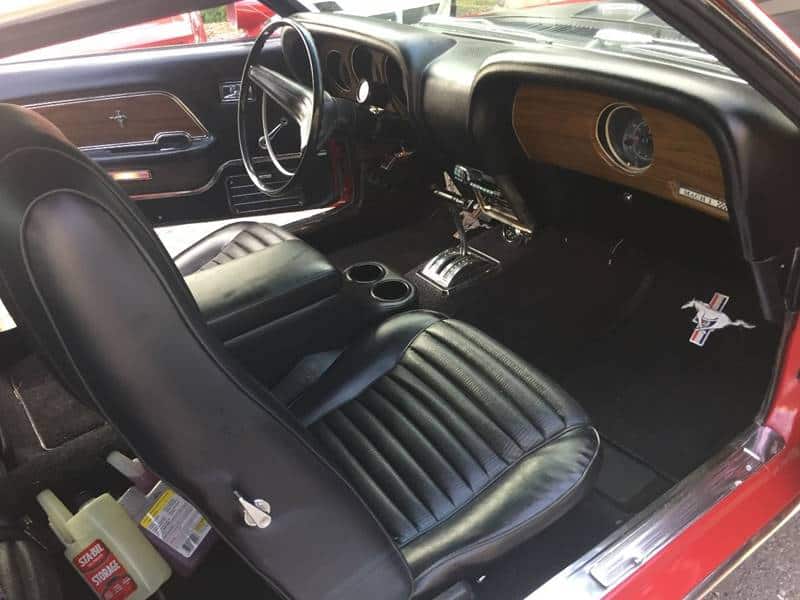 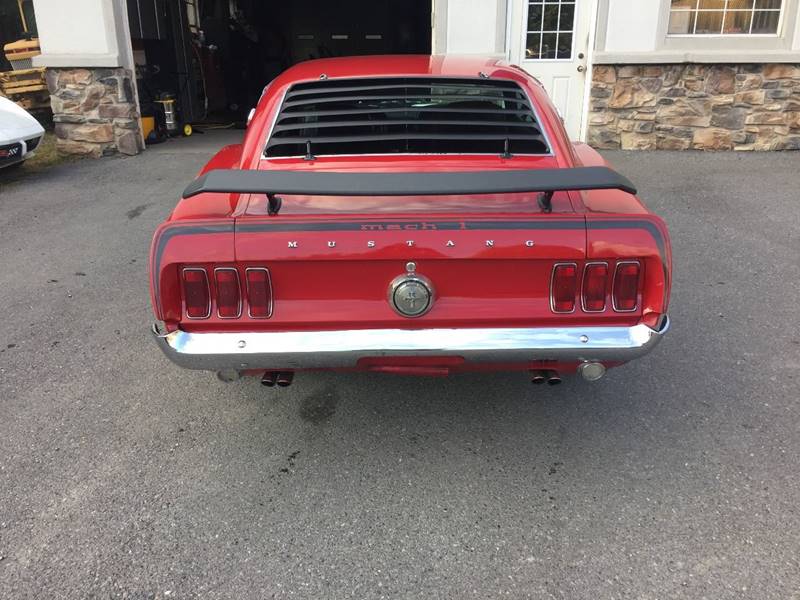 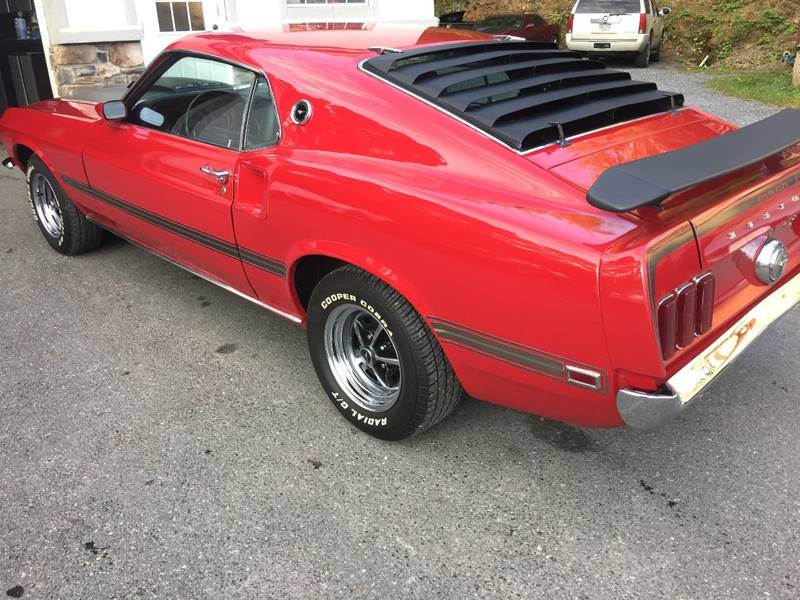 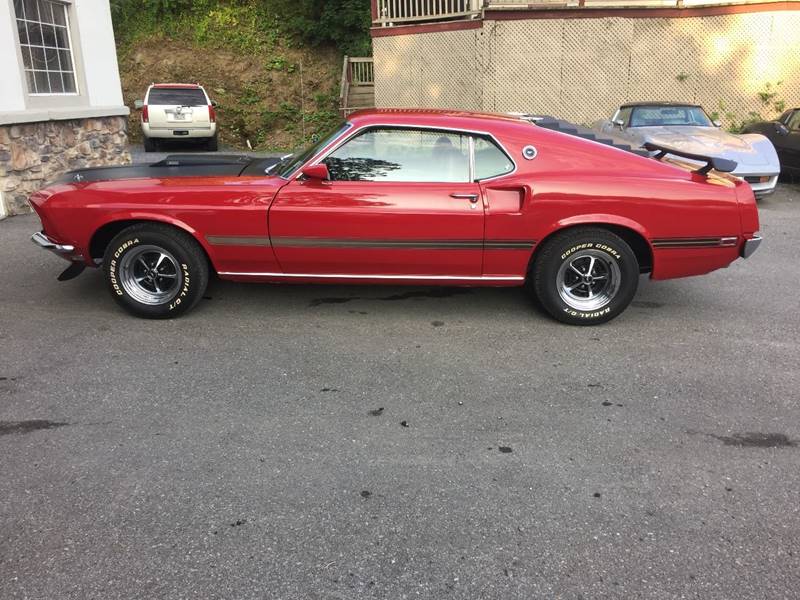 Without a doubt the 69 and 70 Sport Roof Mustangs are the best looking Mustangs ever. Everything about them screams performance. Find a Mach 1 or if you are rich a Boss 302 and you will be the envy of all the gear heads in your area. The only car that looks better is the modern Dodge Challenger.