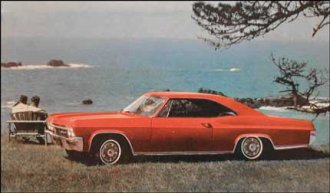 “The 1955 Chevrolet V8 revised everyone’s idea of what a production engine can do. Here we go again, Charlie. Turbo-Jet 396 V8.” 1965 Chevrolet sales brochure

The newly restyled full-size Chevys, including the Impala models, grew even bigger than they had been before during the 1965 restyle that ushered in the fourth-generation of the car. After four years of growing progressively more boxy, the 1965 models featured more rounded sides. Additionally, curved window glass, and new hood and a brand new front end help further distinguish the model from those that came before it. Sport coupe models of the car received the newly fashionable semi-fastback roofline, and the instrument panel was completely redesigned as well.

For the second year in a row, the Impala SS was its own distinct model rather than an optional upgrade package. Chevy had realized that car-buyers were pining for more and more power in sportier car models, and answered by making a sports version of its full size models. This would prove a good idea as sales of the SS would also reach all-time highs.

Along with the restyle came a few changes under the hood. Among the most notable was mentioned in the above quote from Chevy’s sales literature that announced the introduction of the new 396 CID V8. The engine was introduced mid-way through the production year, and when it was Chevy began the process of phasing out the legendary 409 V8s.

The 396 engine came in two different versions – one producing 325 horsepower and the other rated at 425. The latter equaled the power produced by the previous year’s top performing 409 that was not available for any of the 1965 model year. The two 409 CID V8s that were both single 4-barrel engines producing either 340 or 400 horsepower. There were also two versions of the 327 CID base V8 engines that were rated at either 250 or 300 horsepower.

Impalas (including the Super Sport models, surprisingly) were also available with six-cylinder engines, though relatively few customers chose this option. Those that did got a new 250 CID engine, replacing the 230 CID motor used as the base the year before.

As mentioned before, 1965 Impala production hit an all-time high not seen before or since in the auto industry. Around 1,046,500 Impalas were produced throughout the model year. The cars had a base price of $2,672, which was less expensive than it had been the previous year.

The new Caprice Custom Sedan package could be added to the Sport Sedan for an additional cost of around $200. The package provided a black out grille, vinyl top and an extensively redone luxury interior. The option would prove so popular that the Caprice would become its own series in 1966.

Relative to the previous year models, the new Impala SS differed little from the regular Impala models. The package did include a unique instrument panel and center console between its unique bucket seats. Of the total Impala production, 243,114 were SS models.

In terms of sales, there obviously wasn’t much competition to the Impala in 1965. However, the sales high reached in the year would drop tremendously in the years to come, particularly for the sporty SS models. Though the Impala SS had basically created the muscle car back in 1961, by the mid-60s drivers were wanting the same powerful engines in smaller and lighter cars. As those cars (including the Chevy Chevelle) took off at the end of the 1960s, Impala SS production would decline drastically. 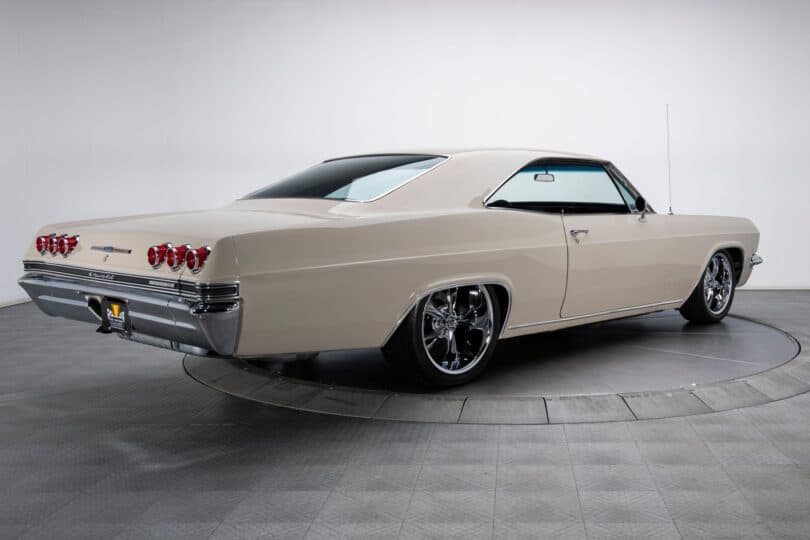 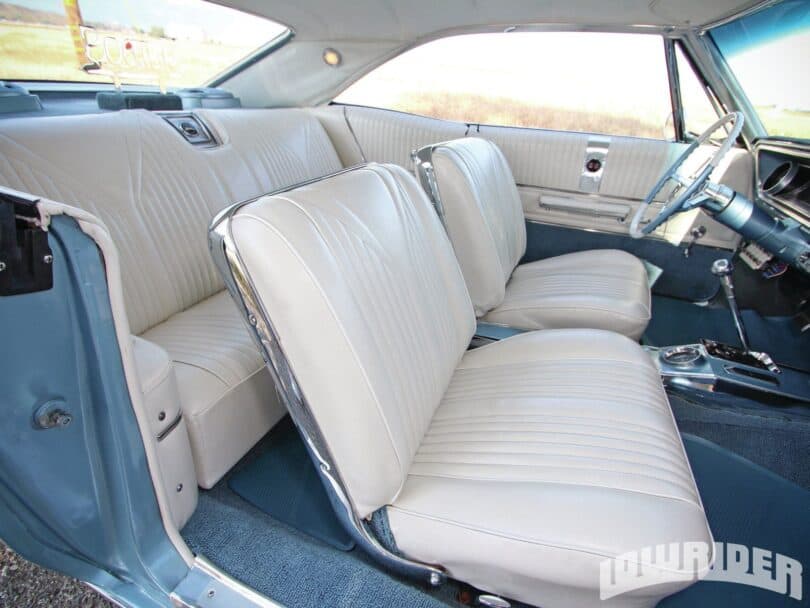