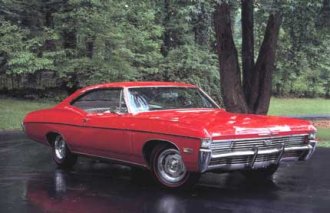 When the 1968 Impala lines rolled off the line, they were very similar to the 1967 models. Other than the aforementioned changes, Chevy opted to leave the car pretty much as is, despite the fact that sales had been falling for the past two years. Fortunately, sales would once again pick up for the Impala line as a whole. Unfortunately, the same would not be true for the Super Sport versions of the car.

In 1964, the SS option package that had been available as an addition to the Impala was made into its own model, as sales of the package had been continually increasing. But by 1968, sales of the Impala SS had fallen so drastically that Chevy decided to revert the SS distinction back to an options package. The package added $179 to the price of the car, and could be added to coupe and convertible Impalas. This did not, however, increase the sales of the SS.

Beginning in 1967, the SS model was very similar to the regular Impala. It added black accents to the grille and rear fender moldings, had special instrumentation but otherwise changed the regular car very little. It also could be ordered with any engine available to the Impala, including the six-cylinder option. The SS package for 1968 was essentially unchanged from the previous year’s model.

In 1968, the Impala, and more specifically the Impalas with the SS package, faced competition on a couple of different fronts. One of them was a member of Chevy’s full-size line along with the Impala.

When the SS package was first introduced, it represented the top of the line Chevy full-size car. It was luxurious and, when equipped with the powerful V8 engine options, very fast. But when the Caprice line was introduced in 1965 and made into its own model the following year, it surpassed the SS model as the most luxurious Chevy full-size car. As SS sales were going down, Caprice sales were rising.

Another competitor was the many muscle cars and pony cars that buyers were flocking to at the time. May offered the same performance as the Impala in a smaller and lighter car. These small models were quickly gaining favor with baby boomers, as full-size cars were seen as too large and old fashioned. 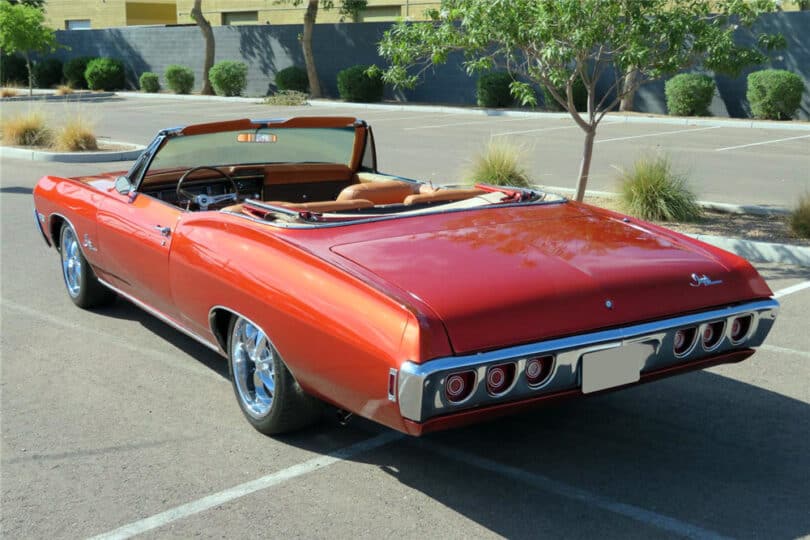 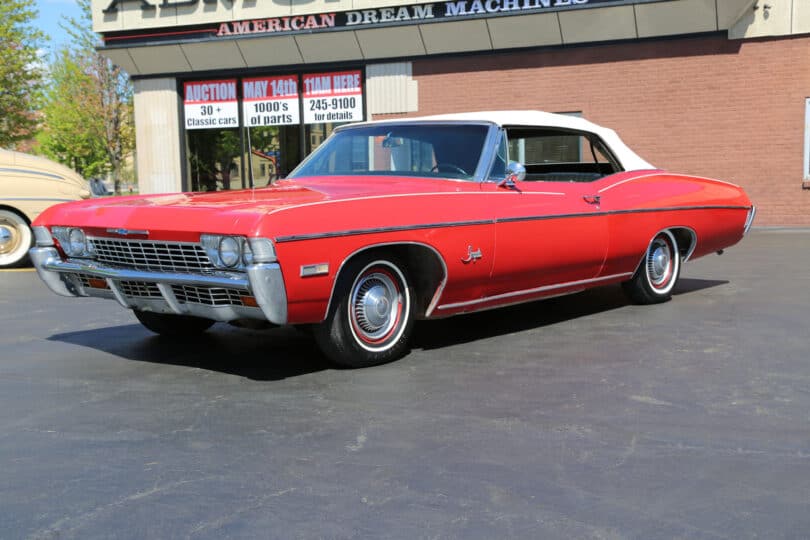 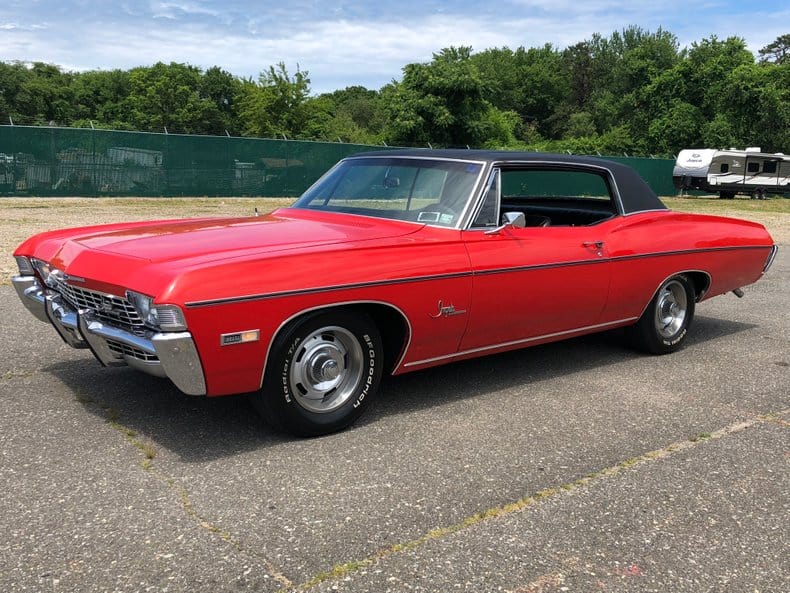