“Here’s another legitimate reason for making up errands to run.” 1967 Chevrolet brochure

Other than during years when new Impala generations were introduced, Chevy appeared to work with the modus operandi that the best way to improve the Impala was to make small changes to the car over a number of years. The results led to an ever-evolving car, and nothing was different in 1967. With the a few small-scale changes, the most noticeable was the new, flowing roofline for the Sports Coupes and Impala SS models. The sleek new look gave the cars a similar shape as the pony and muscle cars that were all the rage in 1967 – though of course it was still bigger than all of those.

Other than this roofline, Super Sport (SS) models were probably the most changed. They became less decorated than the other Impala models, and were distinguished by a black grille accents and black body-side and rear fender accents. These models also lacked the bright wheel well trim of other Impala models. Now that the Caprice had become its own model after being introduced as an option package in 1966, it served as the top-of-the-line full-size Chevy, and the SS models seemed to be reverting back to being more of an appearance package than a luxury model – which is similar to how they began when introduced in 1961.

The other main shakeup concerned the engine lineup. The top engine performance was a 427 CID V8 rated at 385 horsepower. This was down five horsepower from the year before, and further hurting maximum power was that the “special performance” version of the 427, which was available the year before and produced 425 horsepower, was no longer offered as an option. There also was only one version of the 396 CID V8 available for 1967, and it was rated at 325.

Those that didn’t want the most powerful V8s could choose a 327 CID V8 rated at 275 horsepower, and there were still two versions of the 283 V8. At the bottom of the line was the poor-selling 250 CID six-cylinder engine. All Impala (and Impala SS) buyers could choose from all of those engine options.

Total production fell for the second year in a row, though not as drastically as it had the previous year. Approximately 649,600 Impalas, including the Impala SS model, were built throughout the year.

Of the total number of Impalas built, the vast majority were regular Impalas. About 575,600 were built, and this year they had a base price of $2,740.

The Impala SS was still saw quickly decreasing sales. Only about 74,000 were built during the year, down from nearly 120,000 the previous year. These cars had a base price of $2,898.

Obviously, Impala sales (and particularly Impala SS sales) were on a steep decline by 1967. The majority of the reason for this likely came not from a direct full-size competitor, but to performance car enthusiasts switching their allegiance from the full-size models to the smaller muscle and pony cars that were filling up American roads. As the decade wore on, Those cars continued to see sales rise as baby boomer came of age and wanted cars that were smaller but still packed a punch under the hood. And Impala sales would continue to decline. 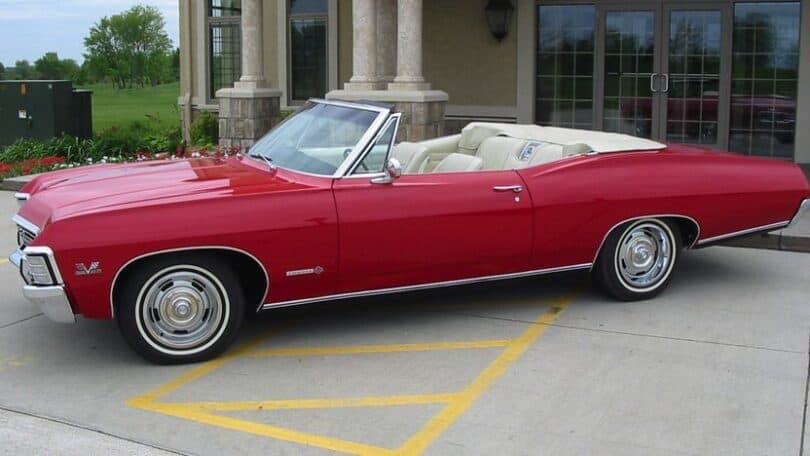 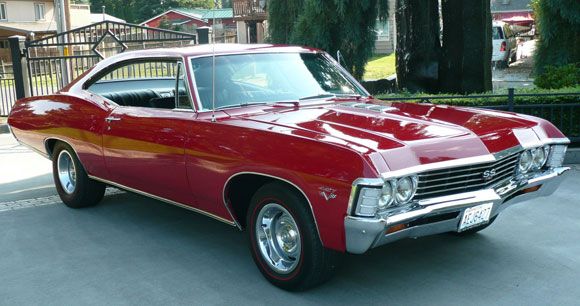