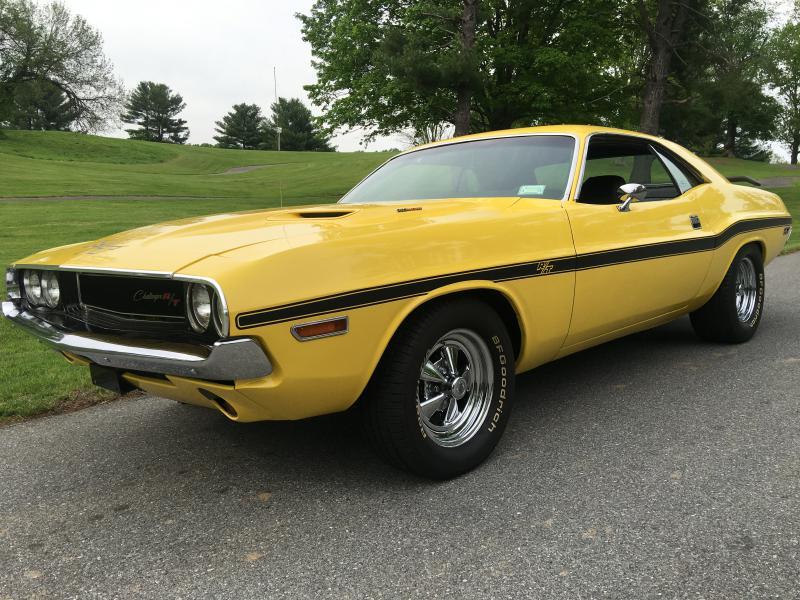 The 1970 Challenger obviously shares many features with the restyled 1970 Barracuda, though a closer look reveals some differences between the Chrysler’s two entries into the pony car market. First is the Challenger’s larger stature. Through they are based on the same platform, the wheelbase for the Challenger was 110 inches, two inches longer than that of the Barracuda. Consequently, the Challenger is a couple of inches wider and longer, though height and interior dimensions are identical between the two cars. Another distinguishing feature is the four-headlight setup of the Challenger as opposed to the two headlights on the Barracuda (though both would have four headlights in 1971).

Part of the success of the initial offering of the Challenger (it outsold all pony cars that year except leaders Mustang and Camaro) was the multitude of engine options available for the car. 1970 and 1971 would prove to be the only two years of real performance for the car, as tougher emission standards would require Dodge to take away many performance options by 1972. But in 1971, Challenger buyers could choose from nine different engine options. In fact the only engine Dodge offered that was not available for the Challenger that year was the smallest available, a 198 CID slant six-cylinder.

Instead, the standard engine for base model Challengers was a 225 CID slant six that produced 145 horsepower. This could be upgraded to a 318 CID V8 rated at 230 horsepower for $102 or a 275 horsepower 340 V8. Performance driven R/T (Road/Track) models came standard with a 4-barrel 383 CID V8 that produced 335 horsepower (a 2-barrel version of this engine also was available as an option for the base models). All Challenger models also could upgrade to two versions of a 440 CID V8, one the “Magnum” producing 375 horsepower and one the “Six-Pack” producing 390 horsepower. Topping them all was the 426 Street Hemi, which was rated at 425 horsepower.

By 1970, it was clear that while pony car fans desired power, many did not want to sacrifice luxury to fulfill their performance needs. The Firebird introduced its Espirit luxury model in 1970, and the Mustang Grande had first appeared in 1969. Dodge offered Special Edition trim for those that wanted to make their Challenger a little more luxurious. Appropriately branded the SE trim package, Dodge marketed the luxury models as “the little limousine.” The package could be added to both the base and R/T models, and included a vinyl roof, “honest-to-goodness real leather facings on the seats,” and an overhead console with door, fuel and seatbelt warning lights.

Total production was at an impressive 83,032 cars, a number the Challenger wouldn’t come close to repeating for the rest of its short life before being discontinued in 1974. Because of a multitude of options and impressive styling, the car was a hit upon introduction, but by that point the pony car class already had hit its pinnacle, so sales of Challenger throughout the ensuing three year-models would be somewhat disappointing.

Like the Barracuda, all models were offered in a convertible option in 1970. Standard features included vinyl bucket seats, deep-pile carpeting, a simulated walnut 3-spoke steering wheel and concealed 2-speed windshield wipers. Other options available for the model in 1970 included air conditioning, power steering, and an AM/FM stereo.

The base-model hardtop was the best-selling Challenger of the year, with 59,921 produced (this number includes SE editions). There were 3,173 convertibles produced during the model year. The base price was $2,851, while the SE package added $232, and the convertible started at $3,120.

In addition to the aforementioned standard features and more powerful standard engine, the R/T model also included tape stripes, a revised instrument cluster and performance tires. Total R/T production was 18,868 hardtops (SE included) and 1,070 convertibles. R/T models started at $3,226, with an additional $272 required for the SE package and $309 for a convertible.

While the Challenger placed third among the other pony cars in terms of production numbers for 1970, it would never really be a great-selling car after the 1970 year model. Many critics have opined that even though the company produced a good product, Dodge waited too long to enter the pony car game. With that said, that good product now continues to prove popular year after year, and it is of course impossible to say what would have happened if it had been introduced sooner. 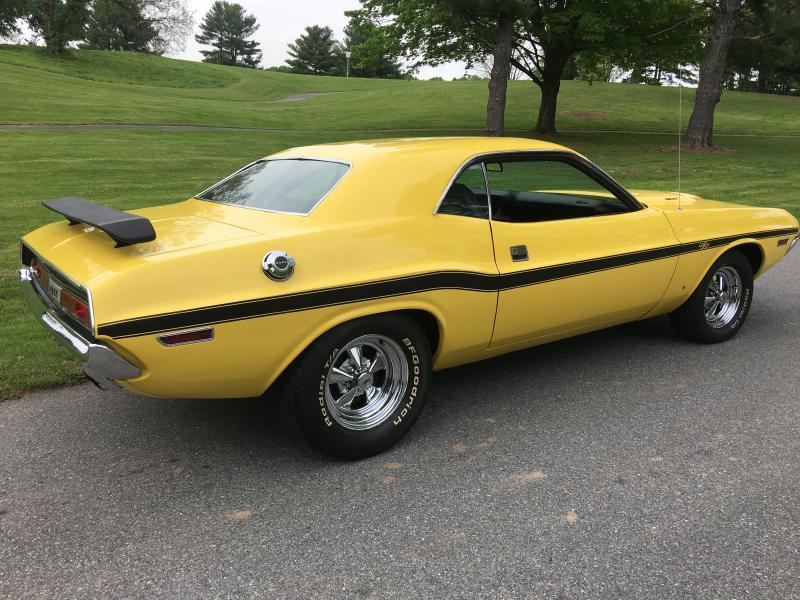 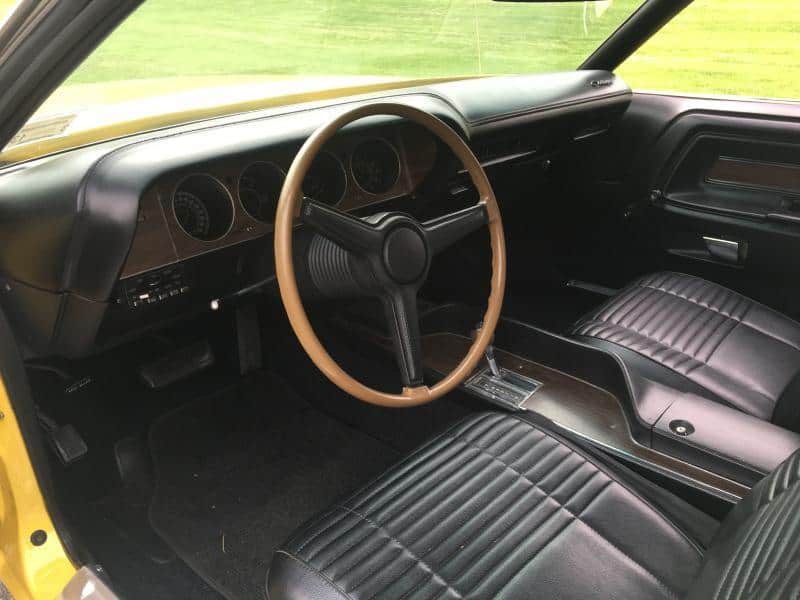 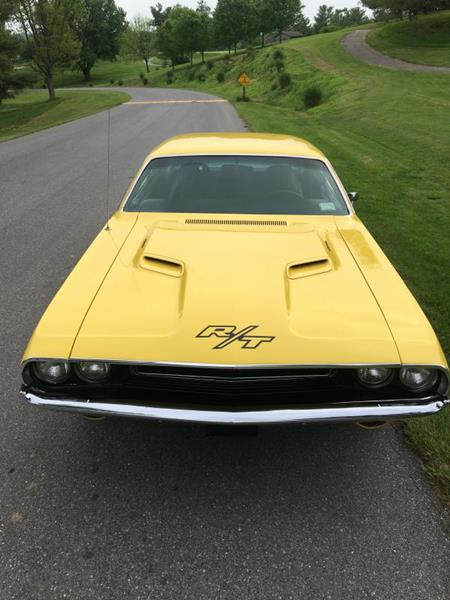 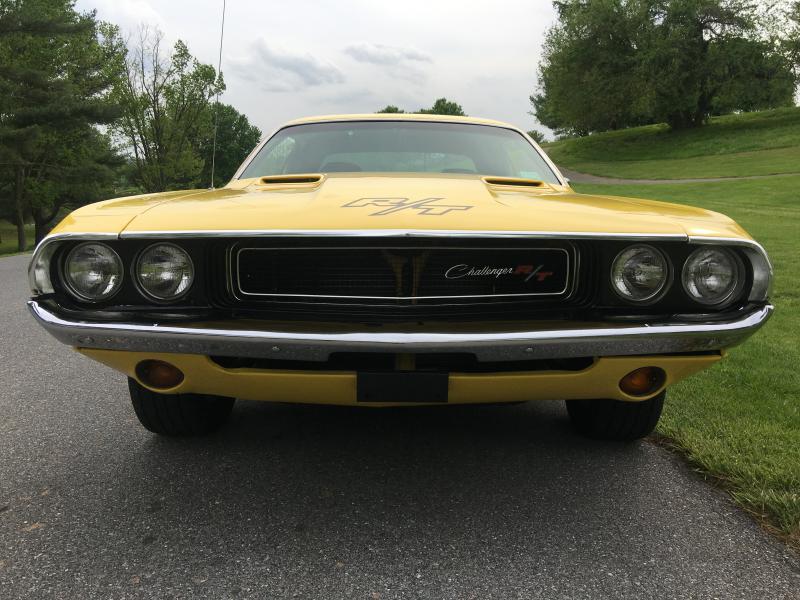 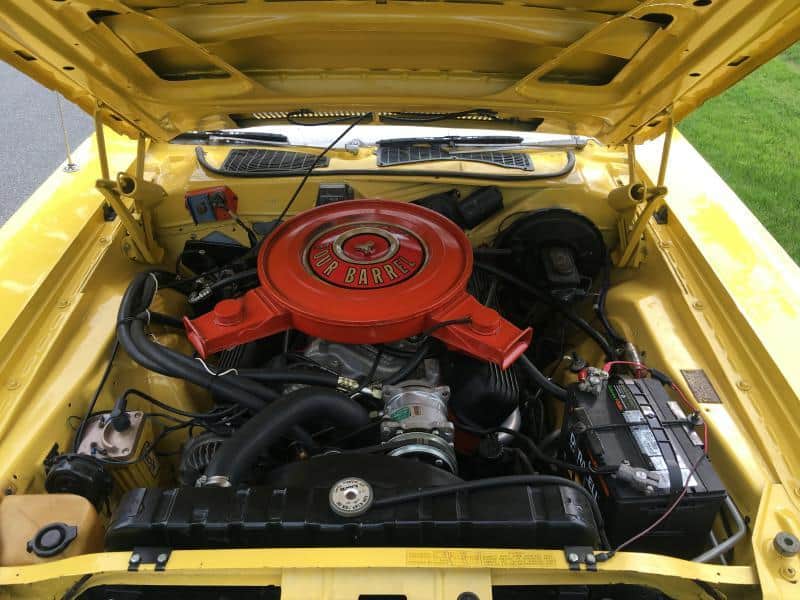 The 1970 Dodge Challenger and its sister, the 1970 Barracuda, set a new standard for pony cars. Both cars were fast, powerful and just plain good looking. It’s no wonder that Dodge based the new Dodge Challenger on these cars. Even today these cars are still among the most aggressive looking cars ever built.

This is one of the poster children for the entire muscle car era. Handsome good looks and ground pounding straight line performance were standard. What more could a gear head ask for? There were only two problems. First, fit and finish were terrible. The cars were not well put together. Quality was definitely a problem. The other problem was competition. Everybody and their brother had an outstanding pony car on the market. As a result, sales were never as high as they should have been.

Have said that, the design has endured as a classic automotive design. The new 2009 Challenger is basically a tribute to this forty year old design.