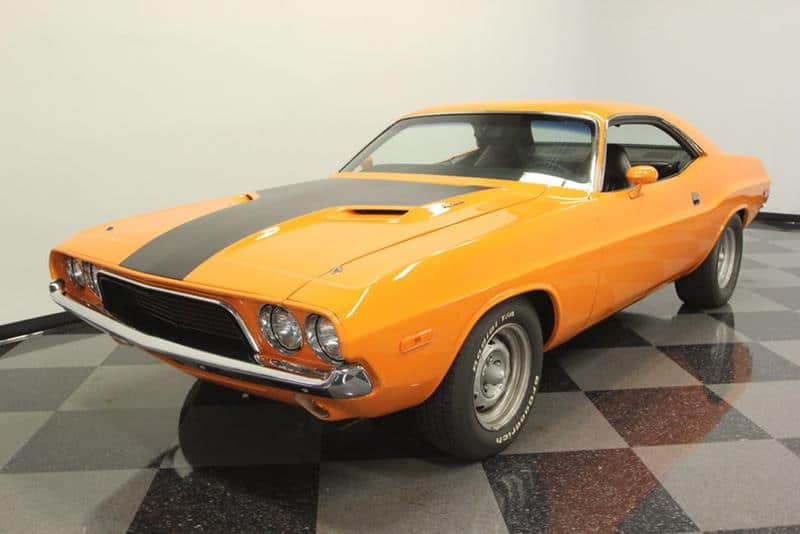 “Good looks can get you anywhere. Challenger is built for the driver who seeks an extremely personal attachment to his car.” 1972 Challenger sales brochure

“This would prove to be the year that insurance companies effectively shut down the “muscle-car” era, although it would be unfair to blame them entirely as government regulations, higher prices and lower consumer interest in these models were contributing factors.”

All of that coupled with the oil crisis that would emerge the following year, and it’s no wonder that the pony car class would all but have died out by 1975. But in 1972, all of the original contenders were still in the game: AMC Javelin, Chevy Camaro, Dodge Challenger, Ford Mustang, Plymouth Barracuda and Pontiac Firebird. But the game had changed.

While in 1971 Challenger-buyers could choose a Hemi engine that offered 425 horsepower, the top offering in 1972 was a 340 CID V8 rated at 240 horsepower. If that rating seems called compared to the rating of the same engine the previous year, it’s because 1972 was the first year that the government required car companies to report net horsepower as opposed to gross horsepower. The result was a rating that was closer to the power actually produced by the engines, but seemed to indicate less powerful cars, even though the performance was in fact exactly the same.

The only other two engine options available was the 225 CID slant six-cylinder engine that produced 110 horsepower that was standard in the base model and the 318 CID V8 that produced 150 horsepower, which came standard in the Rallye model. Last year’s low-cost “Deputy” model, which featured Dodge’s smaller 198 CID six was no longer offered, nor was the engine option.

Like every other pony car, Challenger sales declined in 1972 from the previous year. Total production stood at 26,658 cars, a number that represented a 10.79 percent drop from 1971.

The exterior changed very little on the Challenger from 1971 to 1972, though a new grille design would be introduced in 1972 that would be used until the Challenger was discontinued in 1974. The taillights also were changed. Production for the base model cars was 18,575, which represented a drop of nearly 20 percent from the year before. This is despite the fact that the base price dropped more than 2 percent over the same period to $2,790.

Other than the name change, there was not much difference between 1971’s R/T Challenger model and the Rallye model of 1972. Both included tape stripes, a performance hood, a sports instrument panel and sports tires. The Rallye model did include new side louvers. Production for the year was 8,123, which was almost double the production of R/T models in 1971. The base price for the Rallye was $3,082.

As might be expected, every car in the pony car class experienced production decreases in 1972 over the previous year. Though almost all would experience slight increases the following model year, the end was already nigh for most of the pony cars. And the oil crisis of 1973 essentially put the nail in the coffin for many of the models. For perspective, Challenger was producing about the same amount of cars in 1972 as the Javelin and the Firebird. The Barracuda was about 10,000 cars behind those three cars at the bottom, and both Camao and Mustang were selling the most – Mustang’s production still topped 100,000 in 1972. 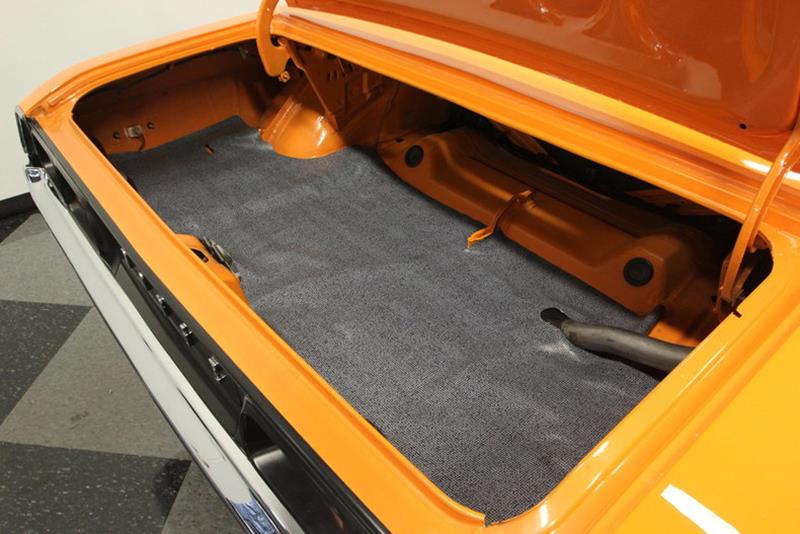 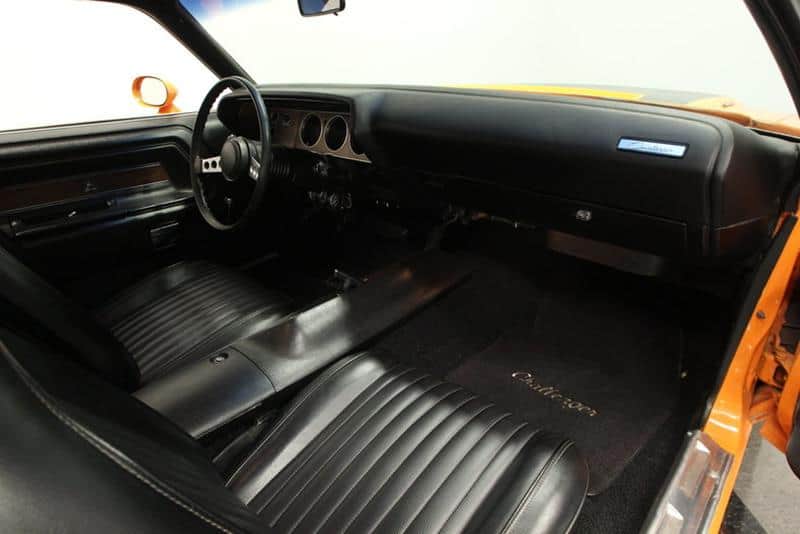 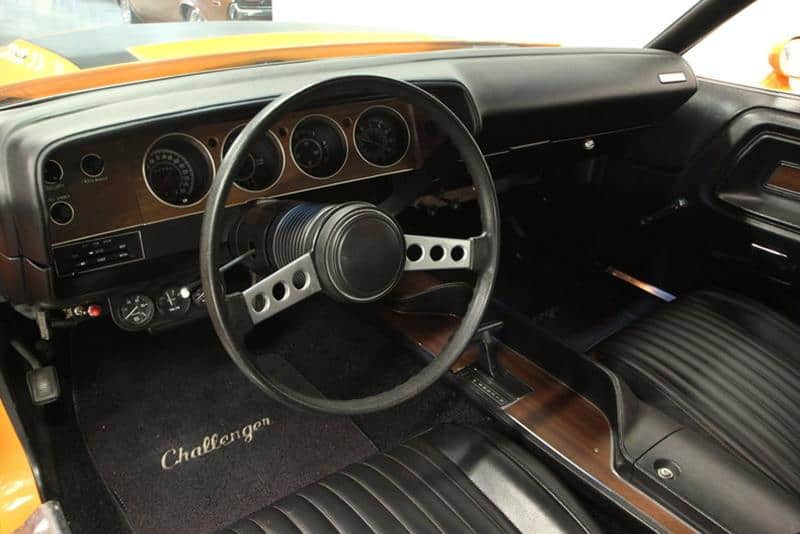 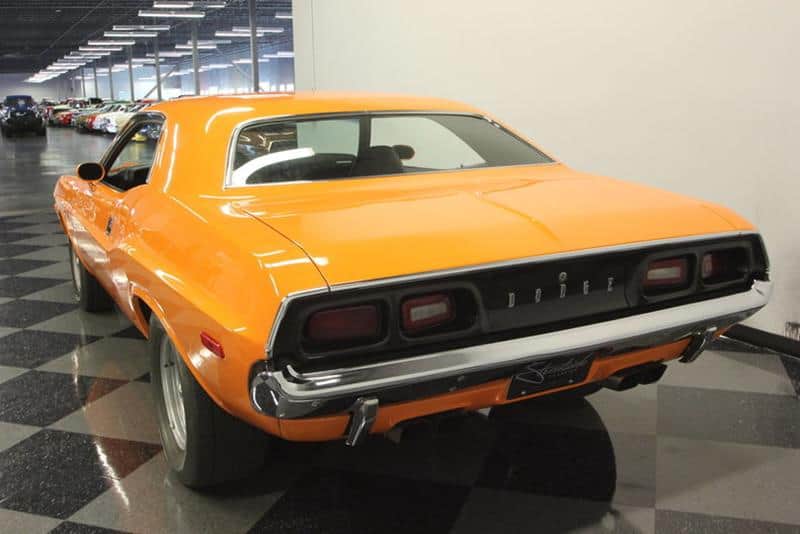 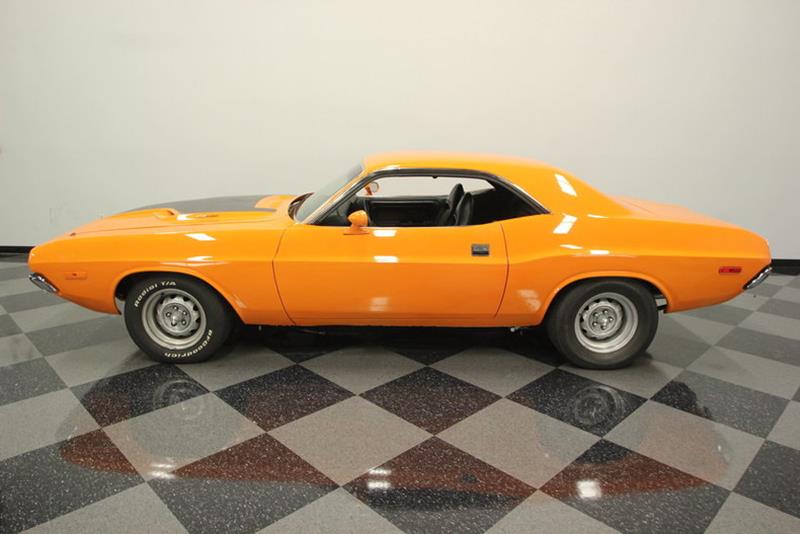 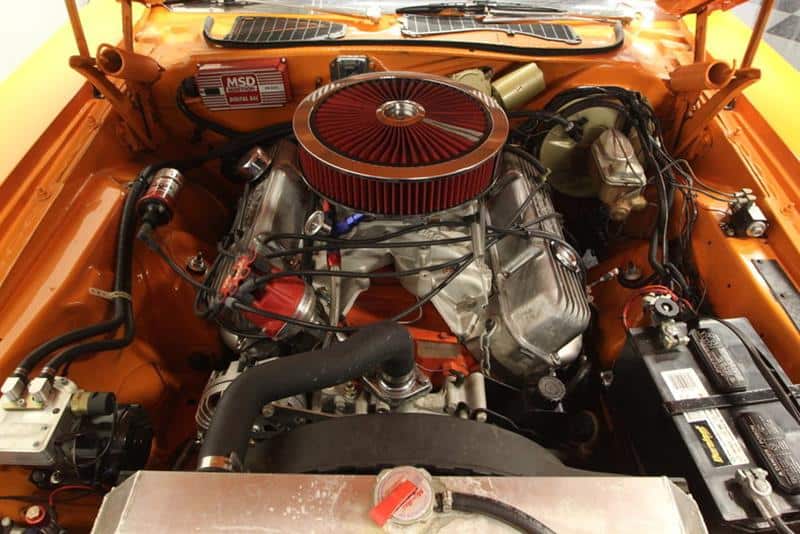 Great Car Except For The Grill

How could Dodge put such an ugly grill on an otherwise prefect car? The front end has a permanent frown. It just makes me sad looking at it. Maybe it was just foretelling the car’s future or maybe it was just a sign of the times. This year was not the best time to be a performance car.

Engine choices were down and predictable performance was off as well. But that was OK because no one was buy performance cars anyway. Thankfully, the car was reincarnated in 2008 and thankfully they kept the much nicer grill from 1970.