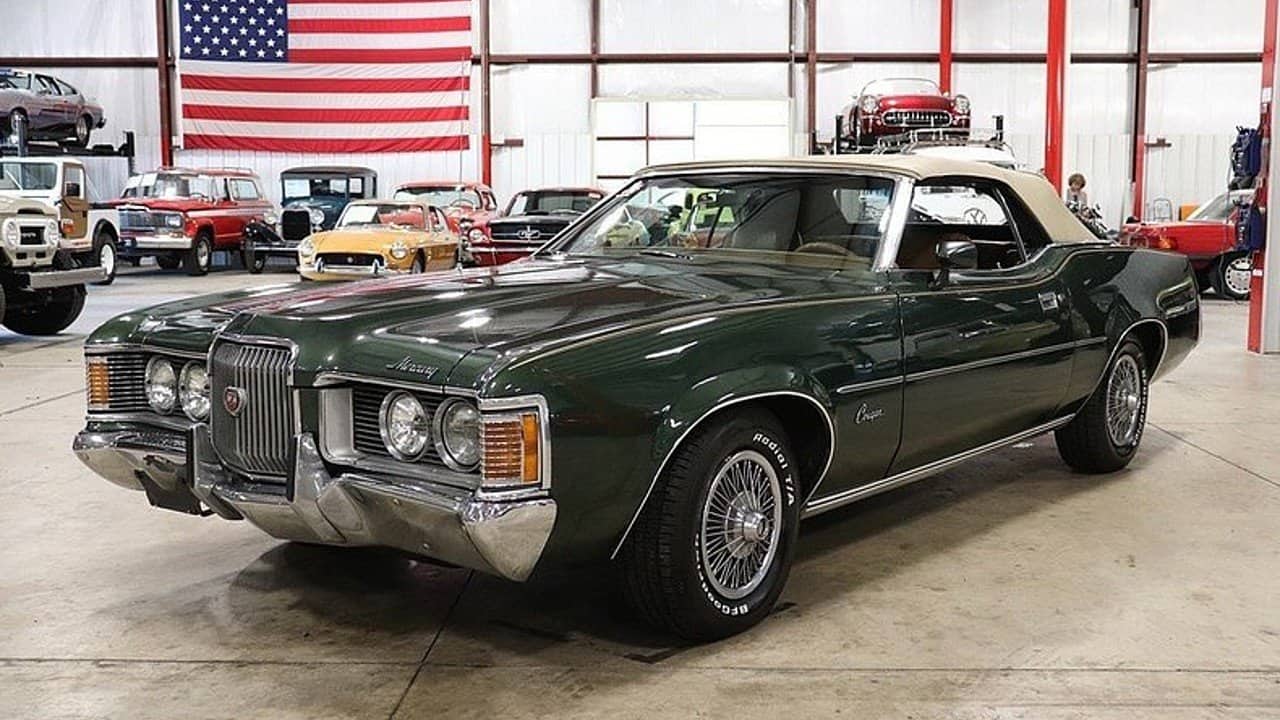 While it can be said that 1972 was basically a carryover year for the Cougar, the absence of the 429 CID V8 tells a lot about where Cougar is headed. The 1971 restyle that made the car larger already was pushing it toward a mid-sized personal luxury car class that included the Chevy Monte Carlo and Pontiac Grand Prix, and away from the pony car class where it had started. By 1972, interest in the pony car class was already significantly waning, and Mercury used the opportunity to quietly prepare the Cougar for its next incarnation, which focused on luxury and not performance.

Throughout the course of the model year, there were actually three versions of the 351 V8 engine to choose from. The standard engine was a 2-barrel version that produced 163 horsepower. That number represents the net horsepower rating and not the gross, which had been reported up until new government regulations intervened in 1972. The first 4-barrel version of the engine produced 262 horsepower, and there was also a 4-barrel CJ version of the engine that produced 266 horsepower. The first two were available in a three-speed manual transmission, a four-speed manual transmission and an automatic transmission. The CJ engine did not offer the three-speed manual.

As it had been since its introduction in 1967, the Cougar was offered in two models, the base and the XR-7, which upgraded the luxury of the standard features. Standard features now included high-back bucket seats, a mini-console, racing mirrors, a two-spoke steering wheel, and interior courtesy lights. The XR-7 model added the aforementioned leather seats, a vinyl roof and remote-control driver’s side mirror, among other things. Both models were available in a convertible as well as a hard top.

But the turn away from performance and toward luxury did not help sales in 1972, and production fell 14.57 percent from the previous year to 53,702. This is despite the fact that base prices were down an average of 8.43 percent for all Cougar models. Fortunately, the Cougar would see a rise in sales the following year, before it came a full-fledged mid-sized personal luxury car in 1974.

For the first time in the history of the Cougar, more XR-7 models were produced than base models. Production of the base model was at 23,731 for the year, and 1,240 convertibles were produced. The hardtop versions had a base price of $3,016, while the convertibles started at $3,370.

Even with the drop in overall production, both hardtop and convertible XR-7 models saw production increases over the previous year. The hardtop had a total production of 26,802, while 1,929 convertibles were produced.

With the lack of powerful options like most of the other pony cars in 1972, and with its hefty size, it became more and more difficult to put the Cougar in the same class. Regardless, government regulations and increasing insurance rates had put their mark on sales of all of the pony cars by that year, and every pony car saw a decrease in sales from 1971.

Cougar was still in the middle of the pony car pack when it came to sales in 1972. As usual Mustang and Camaro were number one and two, respectively, and the AMC Javelin and Plymouth Barracuda brought up the bottom. 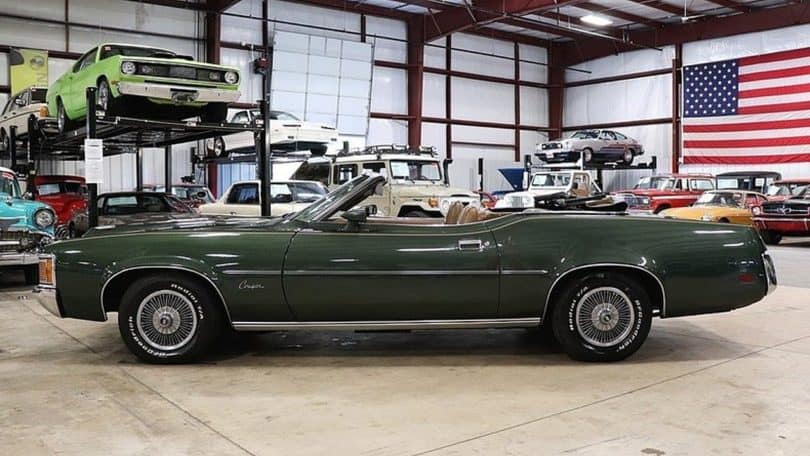 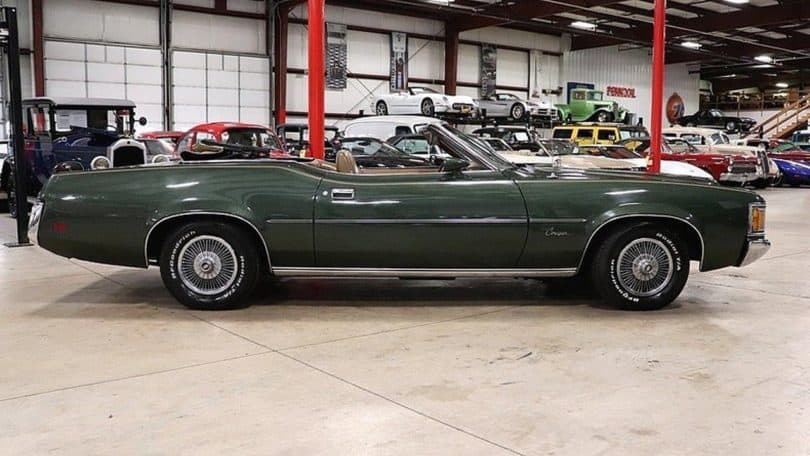 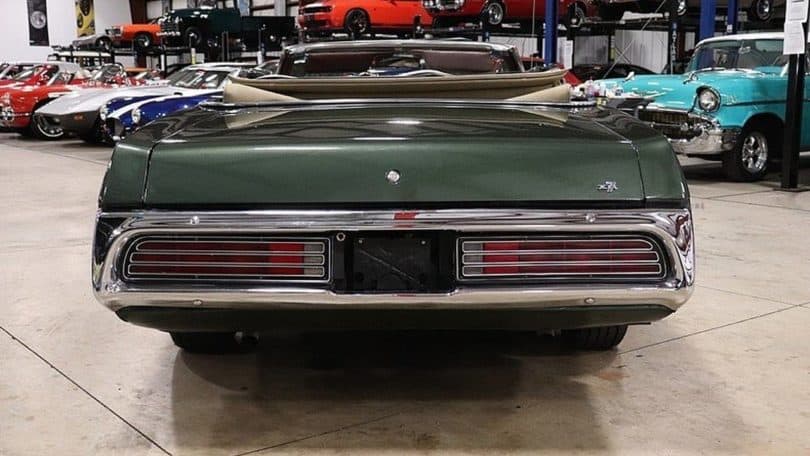 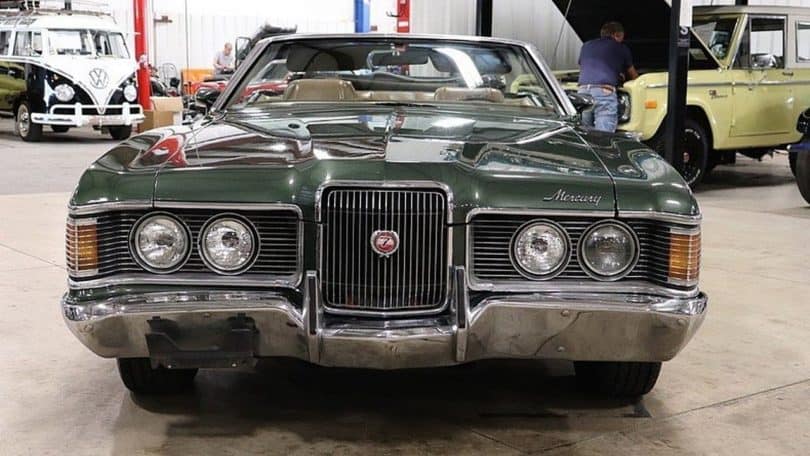 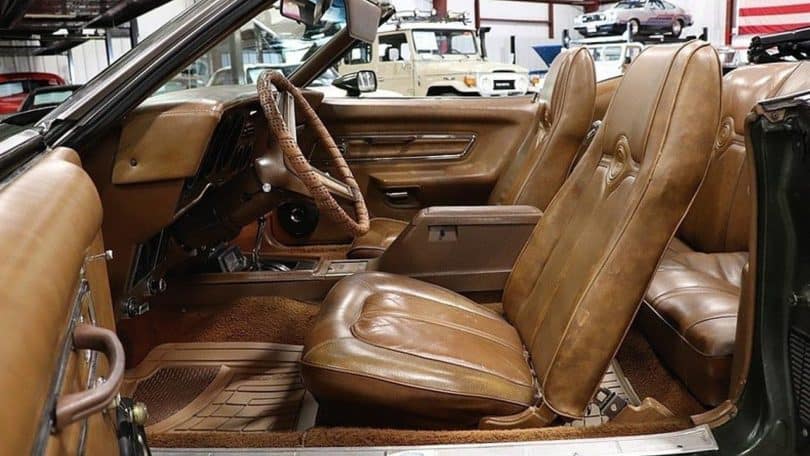 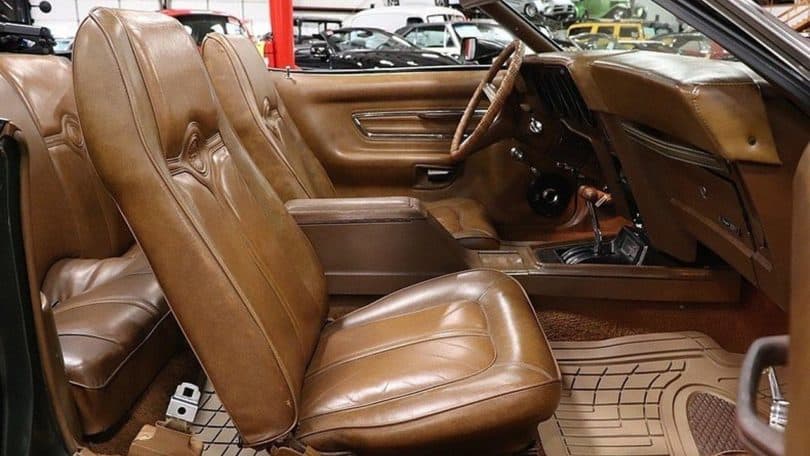 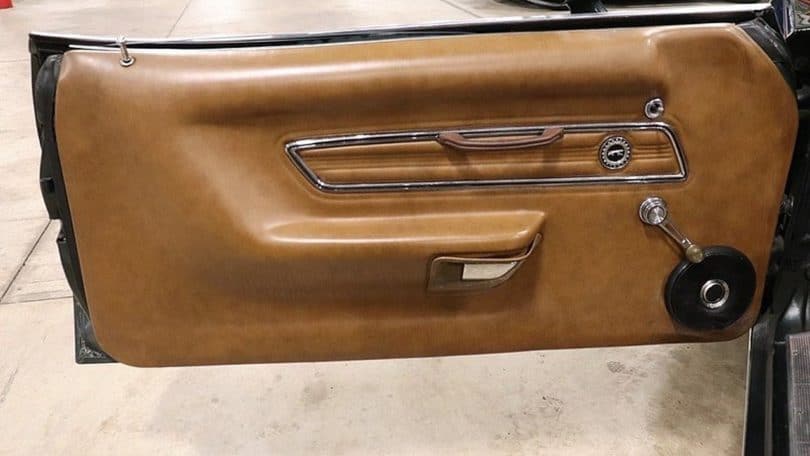 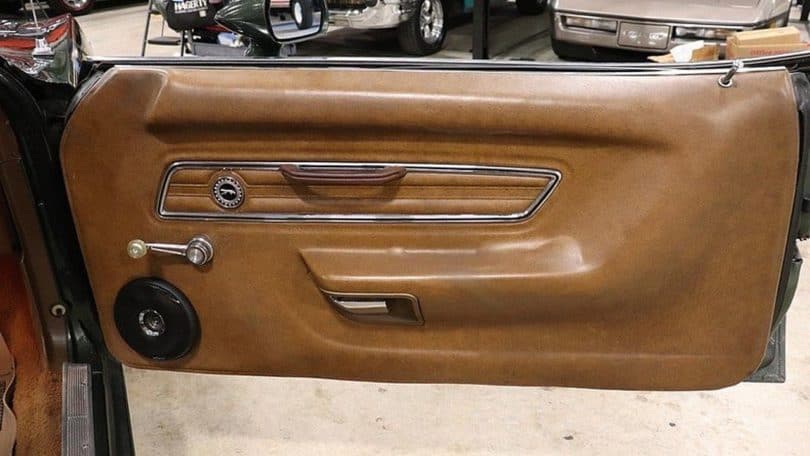 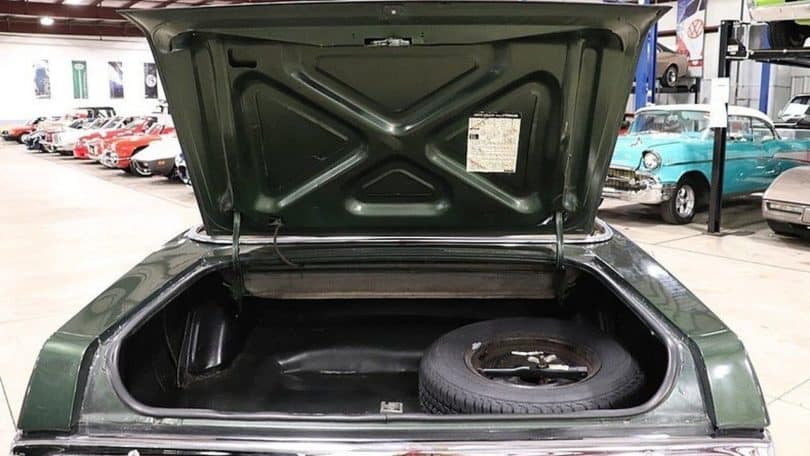 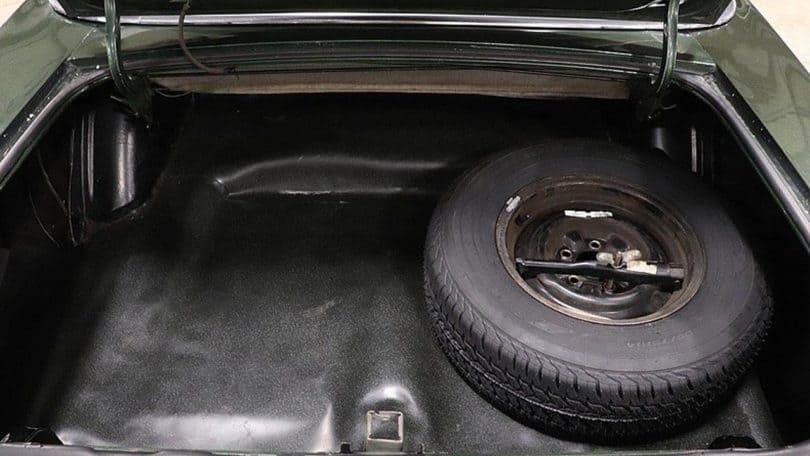 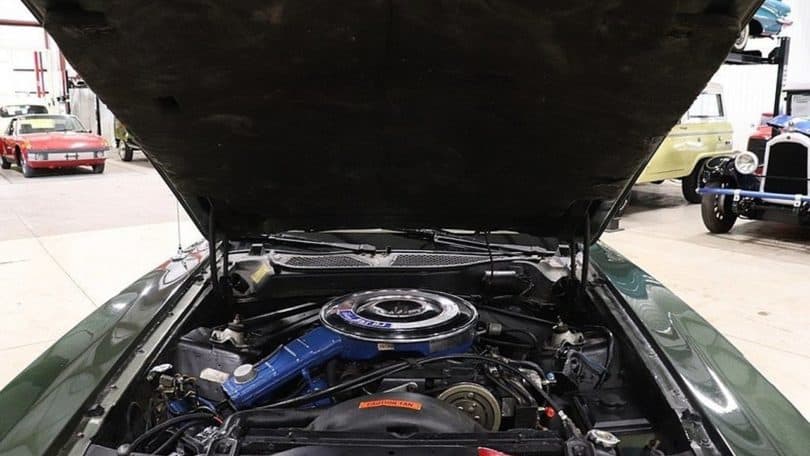 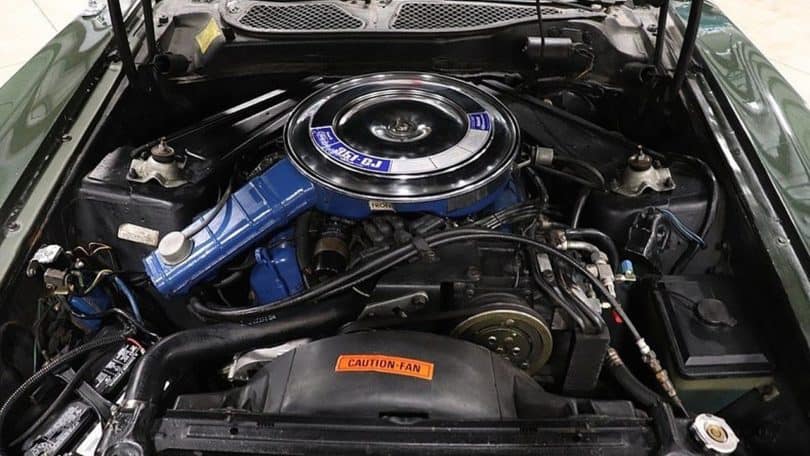 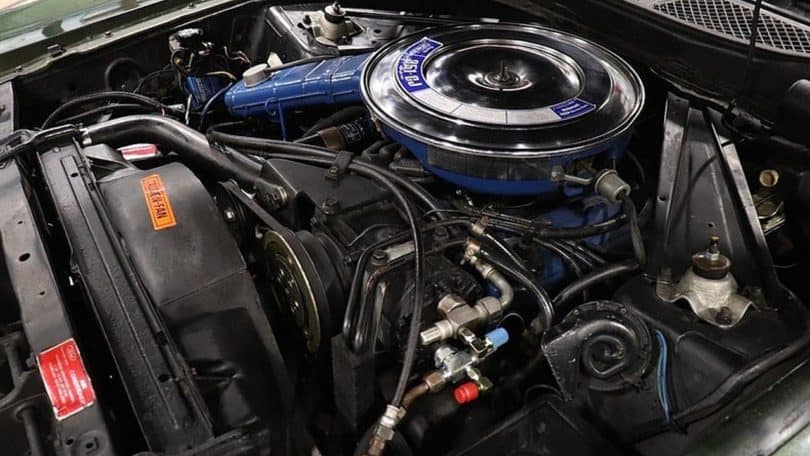